#3Years_With_GNCD | Some Things Only Fans of Golden Child Will Understand

Happy 3rd Anniversary to the (future) Kings of K-pop!

Man, I really can’t believe that it’s already been three years since Golden Child debuted. It really just seems like yesterday when I wrote an article about their debut and now they’re already been in the indsustry for 365 days… times three! Well, I can only blame them though. They really never lost the spirit and enthusiasm of being rookies and even if they changed concepts, they still kept the freshness which initially hooked me into them.

Being a Golden Child fan, a Goldenness, since debut, I can say that I am really a walking textbook of their funny antics and crazy moments. You could literally create an encyclopedia of Golden Child’s dumb moments alone. Here are some of the things or moments only Golden Child fans like me may understand!

1. The capital of Singapore is Sydney

Remember when sydney used to be capital city of Singapore by #GoldenChild hong joochan#RememberWhenGNCD pic.twitter.com/nrCW56kVff

Let us start this list strongly with Joochan’s infamous moment. During their pre-debut reality show, Joochan received a question which asked what the capital of Singapore is. He initially appeared fazed by the supposedly difficult question, but he suddenly had a change of expression to a confident one. When he answered… “Sydney”.

This list could really get by on its own with only Jibeom moments, but I’ll do my best to include others’ as well. One of the funniest (and dumbest) Jibeom moments is whenever he professes his love to *drumrolls* sprite tees! Now you may be wondering what on earth a sprite tee is… Apparently, what he really means all this time is a striped tee! It’s been years since debut but he still doesn’t remember what his favorite shirt is called and he doesn’t seem to be getting cured from his sprite tee syndrome anytime soon.

if you haven't laughed today, here is a video of golden child clowning youngtaek for his mistake at kcon la. pic.twitter.com/pxtoE3y6Vg

In Golden Child, there are two members in charge for speaking foreign languages. Jaehyun can speak English, while Tag speaks both English and Japanese. During a K-con abroad, Tag was tasked to deliver a ment in English, however he seemed to have been overwhelmed by the situation so he messed up while speaking. Thankfully, Jaehyun is there and though he was able to save Tag’s message, he wasn’t able to save Tag from the teasing by both Golden Child members and their fans. (Around 05:26)

seungmin looking like he's smuggling a hulk costume under that jumper and you're gonna call him mr small? ok bongjae ok pic.twitter.com/sE3qgCDBi0

While Seungmin is a really handsome lad, a really talented dancer, and an amazing singer… He never hears the end of Golden Child members teasing him for being molecular. He’s the group’s smallest member (who can perfectly fit inside a luggage bag) and what’s funnier is that Woollim actually censors Seungmin’s real height to everyone. As of now, all Golden Child members’ heights were made public but for some kind of reason, Seungmin’s remain a secret.

Now this is one of my favorite ones. During a V-Live broadcast, members Y, Jangjun, Seungmin, and Joochan conversed with fans all over the world. While they were reading comments, they saw a comment saying that the fan was studying until s/he started watching the V-Live. The four hilariously responded with “An mideoyo! (I don’t believe you)” poking fun at the fan who has been watching since the beginning.

Did I say Jaehyun and Tag are Golden Child’s English speakers? Screw that, the only Golden Child member who speaks the language is Jibeom! With his sudden blurts of random English, his “English” pronunciation of his name (Zibeom), and his English satoori, we owe this man for tons of our laughs.

hahahaha youngtaek fall and jangjun trying so hard so the camera wont shoot him lmaoo pic.twitter.com/MmWyoc1CU9

Tag amusingly always finds his way to gravitational situations! Tag is infamous for his “falling moments” and by that I don’t mean moments that will make you fall for him but literal moments where he falls down. In 2018, a much more rather legendary Tag falling moment happened where he fell down a huge hole in the countryside while carrying hey!

imagine not stanning Golden Child these mfs are so funny and make good music pic.twitter.com/tYi4p9UxKw

After recording their 2020 version of Damdadi on Music Bank, the boys asked for and was granted permission to play with the water puddle which was a stage design. The other members were just cooling their feet with the water but of course Jangjun, a person incapable of staying still, won’t stay still. He ran around and repeatedly fell down which is surprising and unsurprising at the same time.

9. Bomin is no longer the maknae

In their recent Fact in Star appearance, the members raised the concern of Bomin no longer calling them hyung! As Bomin is the youngest member, he is expected to use the right honorifics to his other members but somehow he’s slowly starting not to bother anymore. Jaehyun said that Bomin just calls him “Bongjae” and no longer “Jaehyun-hyung”! Bomin also greeted his members who recently celebrated their birthdays as just “Joochan” and “Sungyoon” instead of adding hyung as a prefix.

During another of their V-Live broadcasts, Jangjun tried to reach out with English speaking fans as he reads out some of their comments. A fan commented “Marry me Jangjun” and after reading the comment, he hilariously replies “Merry Christmas”!

Funny enough, during the same broadcast, Jangjun actually cursed on air! He read a comment saying “Jangjun-oppa is f*cking handsome” in Korean but written using the alphabet out loud causing an uproar from fellow member Donghyun.

Listing down Golden Child’s memorable, dumb, and funny moments? I could go on for days. We still haven’t discussed Jibeom vs balloons, the vanilla ice cream and coke, the boys making fun of Jaehyun’s surname, Jibeom’s girl group dance, Bomin laughing because of Jibeom, Donghyun being a clean freak, Sungyoon’s sassiness… they could literally cram a book. 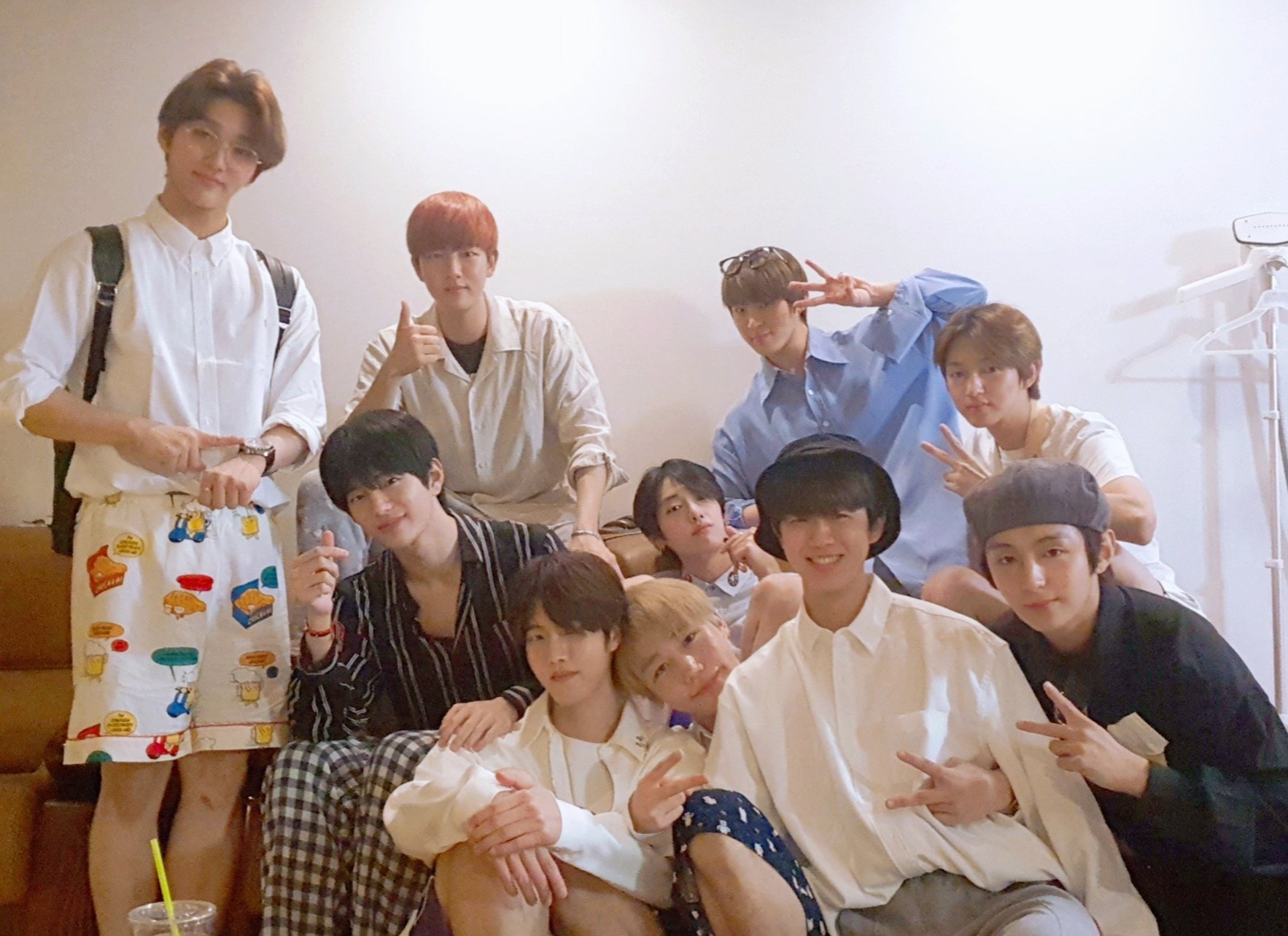