5 Most Satisfying Moments of Ode To Joy’s Season 1

by Mogwai
in Chinese Entertainment
4

Chinese drama Ode To Joy (欢乐颂) is by no means perfect, but I haven’t had the pleasure of watching a female-driven show with characterisations as complex in such a long time. Directed by Sheng Kong, and based on an eponymous novel, Ode To Joy received critical acclaim, and for good reasons. All five women are written in ways that are mostly incredibly engaging, albeit equal parts frustrating. If you’re tired of dramas with female leads without a shred of agency, this one should be right down your alley. And yes, Ode To Joy does pass the Bechdel test. Now that we’re patiently waiting for subtitles for Season 2, let’s revisit the five most satisfying moments of Season 1.

Frankly, I’m amazed that Fan Sheng Mei was able to get away from the authorities, with only what appeared to be a verbal warning. I personally wouldn’t have risked my own reputation for anyone that way, but I sort of admire Fan Jie for that brief show of guts, even if Qu Xiao Xiao didn’t think it was that gutsy. It felt so good to see Manager Bai fall to pieces after he tried to frame Fan Jie for destroying his company-funded laptop. The smug-looking scumbag hadn’t foreseen that Fan Jie would be smart enough to take a photograph of the little damage she’d caused, or lucky enough to have his own neighbour as her witness. He thought he could outsmart her — he really tried it. But she defeated him, even without anyone else’s help. Fan Sheng Mei – 1, Manager Bai – 0.

2) Lao Tan punching He Who Must Not Be Named

I used to like Qi Dian, or Wei Wei, or whatever his name is. Let’s just call him He Who Must Not Be Named. Their date at the science museum was cute, even if it went wrong by the end. It was quite amusing watching him bend over backwards just to eke a smile out of her. They didn’t have much chemistry together, but at least he was mostly tolerable. However, as the show progressed, he grew unlikable. As Lao Tan describes He Who Must Not Be Named, after kicking his ass, “You are someone who is manipulative.”

The scene where he forced Andy not to struggle out of his hold completely ruined his likability. Andy never gave him permission to touch her; his complete disregard for her consent was appalling. I’m no expert at relationships but I’m pretty sure that consent ought to be its basis. Nothing about their relationship was healthy; it was always the complete opposite of what Andy, or anyone else for that matter, needed. I can’t even list their breakup as one of Ode To Joy‘s most satisfying moments because, by the end, Andy, incredibly enough, puts him on a pedestal, believing that he was too good for her. But back to my main point: I enjoyed every single blow Lao Tan sent his way. Bless.

This one is purely a manifestation of my own shallow satisfaction. Nearly every moment that involves a close up of Liu Tao, Wang Kai, and Yang Shuo was an extremely strong incentive for me to carry on watching Ode To Joy. Liu Tao’s (Andy) and Wang Kai’s (Dr. Zhao) finely chiseled cheekbones ought to be replicated in art, and displayed in the finest museums worldwide. Yang Shuo’s (Bao Yi Fan) alarmingly attractive deep baritone gives Idris Elba a run for his money. That’s not to say that the other cast members aren’t attractive; these three are simply the pinnacle of good-looking on the show, and I enjoyed watching them very much.

Andy was down in the dumps after a (much-needed) breakup with He Who Must Not Be Named, so Ying Ying offered to take her out on a walk to help clear her mind before she finishes yet another bottle of wine. But the highlight of the scene was Andy fixing Ying Ying’s hair and wrapping that stole carefully around her neck. I teared up a little at the gesture. Andy was always afraid that she was too cold and heartless, but that moment proved both Ying Ying and her wrong. Their relationship went from Ying Ying misreading Andy’s good intentions as a show of arrogance, to the former finally asking Andy why she flinches from her touches (it only took her forty episodes!), and respecting her need for space.

It’s been a long time coming for these two. I must admit that I strongly disliked both of them at first. Xiao Xiao’s tactlessness and Ying Ying’s stubbornness made them the most grating main characters of Ode To Joy. And their voices didn’t help matters at all. There were times when I felt like quitting the show because of them. However, their story arc ended up being by far the most satisfying. All that sniping and pettiness somehow culminated in Xiao Xiao asking Ying Ying to hug her everyday. It’s all initially in exchange for Xiao Xiao’s help with Ying Ying’s coffee sales, knowing that it’ll only serve to irritate the latter. But after their first reluctant hug, Ying Ying eventually ends up willingly and happily hugging her. Mutual disdain developed into a mutually beneficial truce, and then later, into genuine appreciation for each other. 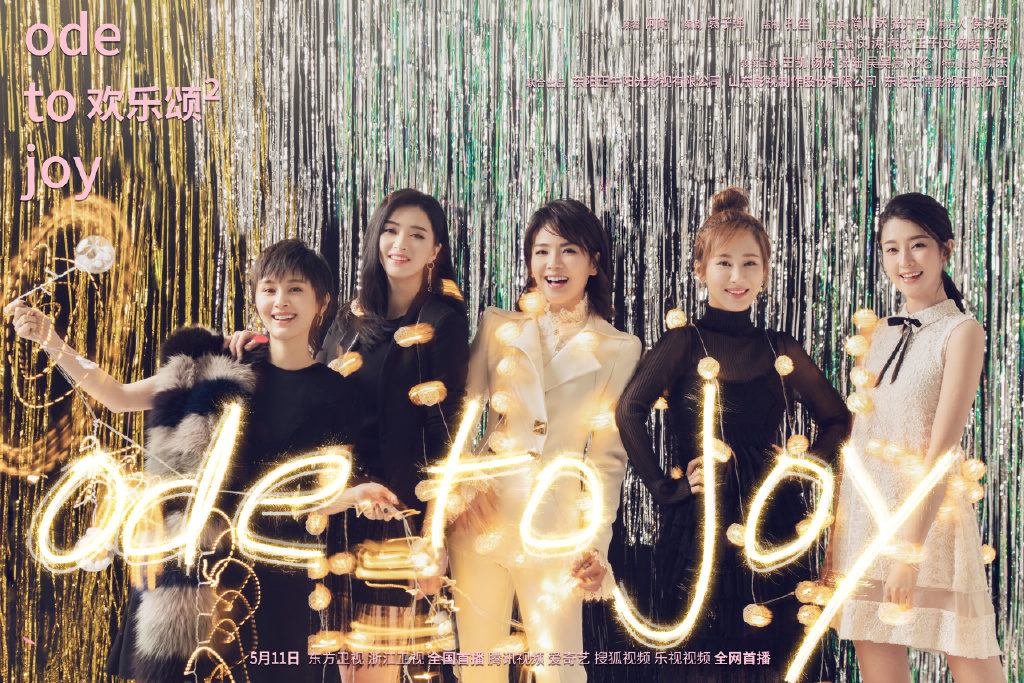 Out of all of these moments, I’m looking forward to more of Ying Ying and Xiao Xiao the most in the next season. We can probably expect them to quarrel again, because they both irritate each other (and me), but I have faith in the power of their hugs. Also, here’s hoping for Bao Yi Fan and Andy to get together for as long as humanly possible. I haven’t read the original novel (and probably won’t), but I have a feeling that Lao Tan and Andy might be endgame, even though I would rather have their relationship remain purely platonic. So I’m going to enjoy Andy and Bao Yi Fan together while it lasts, and any scenes in which He Who Must Not Be Named appears in future will be fast-forwarded.

Drama Review: When a Snail Falls in Love

Crime may have no borders, but justice can be found by crossing them. The recent C-drama When a Snail Falls in Love illustrates this in chilling detail in its travel through the sprawling cities of China and jungles of Myanmar....