#8YearsWithInfinite | 8 Things Only Fans of INFINITE Will Understand

by SLY
in Korean Entertainment
9

Things may have been rocky for Woollim’s seven – I mean six membered boy group these past few months and also for their fans, but this day is more than enough reason to stay positive and celebrate. Debuting on June 9, 2010, INFINITE has grown to become one of the most popular boy groups in K-Pop. Known for their incredible dancing skills, synchronization, quality songs, 100% talent, live singing, fun personalities, and good-looking visuals, INFINITE truly is a complete package. Last January, they released their third studio album “Top Seed” and proved they are strong as ever. Celebrating eight years since their debut, the members vowed to stay stronger and walk the path ’til the end together. Let us reminisce over some of the things about INFINITE that only Inspirits may/will ever understand.

In an episode of INFINITE’s exclusive variety show “Ranking King“, they played a human-sized board game where they had to answer questions in order to advance. This specific question was worth 12 steps; however, Sunggyu could not answer because if he advanced 12 steps, he would be forced to go back to the start. The next question was as follows:

“L’s mother has seven sons. Red, Orange, Yellow, Green, Blue, etc. What is the name of the son not mentioned?”

The members took turns answering different incorrect answers like “Purple”, “Purple Mania”, and even “Tinky Winky”! As they answer, Sunggyu, knowing that “L” is what’s correct, was basically in distress because of his members not getting such an easy question. Eventually, he gave in and answered it himself angrily, even though it was at the expense of starting over again. He seemed to have regretted doing it, though!

We love a witty leader, Sunggyu!

Back when INFINITE were still relatively new, they had a show called “Sesame Player” where they performed their usual weird and funny antics. Sungyeol, being the resident “Choding” (literally “elementary student”, implies a childish nature) of the group, decided to prank his members into eating bananas injected with vinegar! Watch the video and the members’ funny reactions as they fall into Sungyeol’s trap!

Skip to 01:54. In the 325th episode of “Weekly Idol“, INFINITE members Dongwoo, Sungyeol, and Sungjong were invited to be guests for the show’s anniversary special. MC Jung Hyundon pointed out that Dongwoo has a very positive personality and commented that he must get scammed a lot! Much to the MC’s surprise, Dongwoo indeed had been scammed not only once, not only twice, but had been scammed for a total of six times! The popular white basement was then filled with laughter as Dongwoo maintained a positive outlook after being a victim of frauds.

It’s actually no secret on how INFINITE members are not only good dancers, but are the pioneers of popularizing extreme synchronized choreographies. As every member sports extraordinary prowess in expressing their emotions through movements, the group is easily in the top in terms of dancing skills and talent. They even effortlessly aced a 2x faster version of one of their best known songs, “Be Mine.”

However, INFINITE proved that they are synchronized not only in dancing, but in other instances as well! Here are some pictures to prove that maybe, their hearts beat together as one, and maybe there are links between their brains not visible to the human eye: 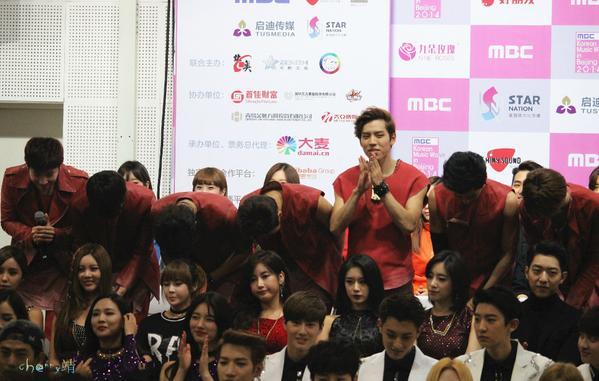 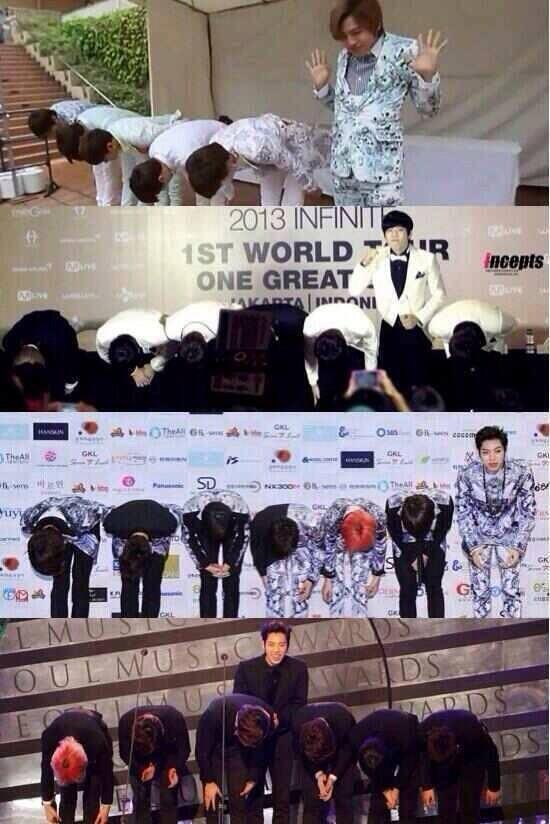 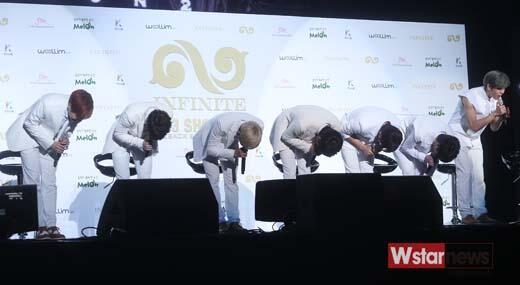 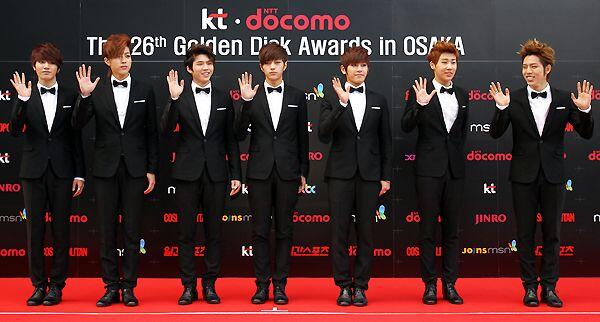 Okay, I admit. They are 99.9% synchronized in everything and maybe Dongwoo is the 0.01% left unsaid. 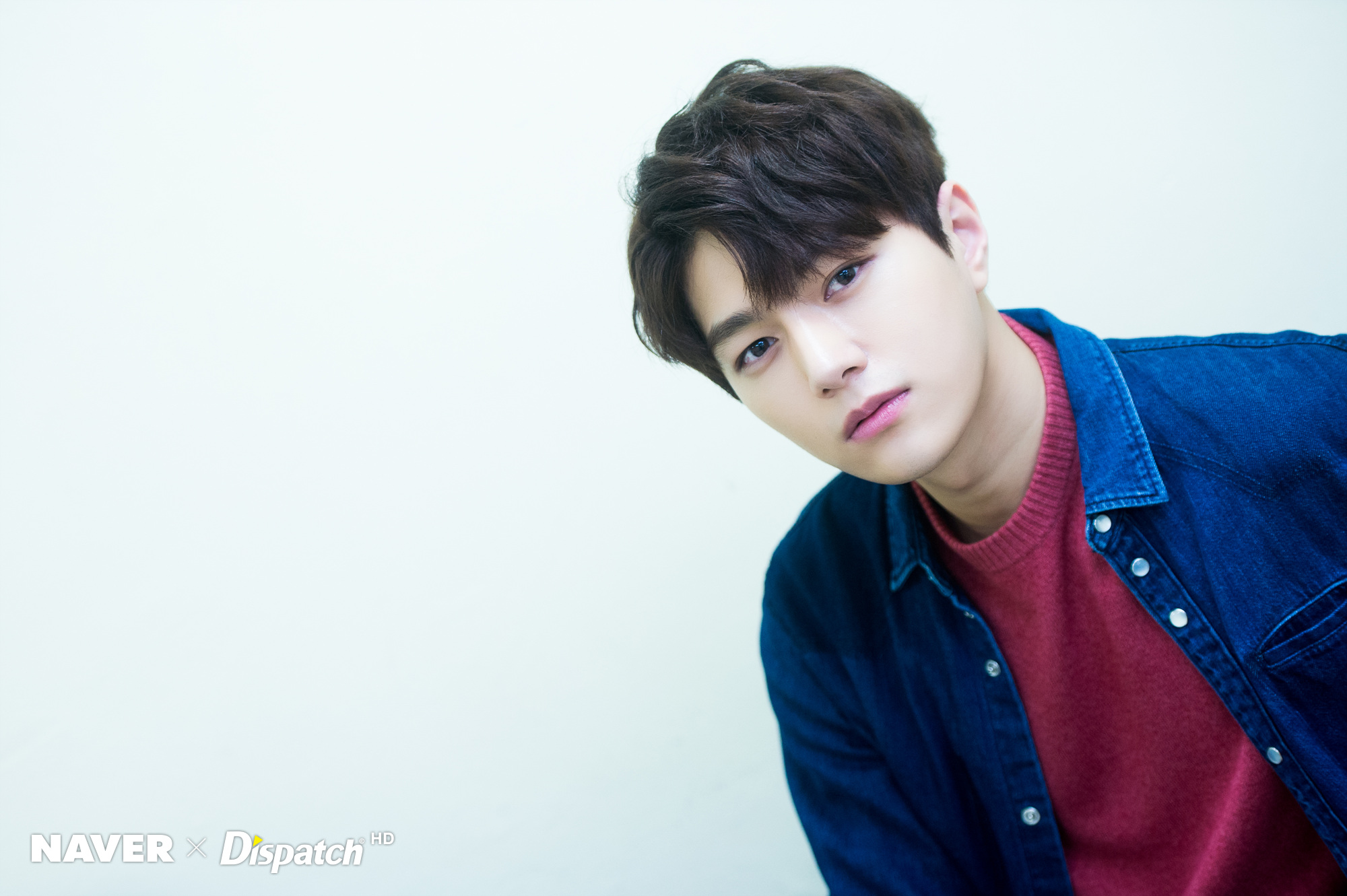 If you thought this would be about actual cosplaying of the character in the hit animated series “Death Note”, well, you are quite wrong. “L Cosplay” in Inspirit terms refers to when Myungsoo acts cold and chic in contrary to his warm and bright personality. Basically the difference is L is a cold city boy, while Myungsoo is a funny and cute boy. This is in line with the image Woollim initially forced to L himself. Since he is the group’s visual, they created an image for him to be a quiet and often poker-faced member of the group. However, this did not last long as Myungsoo finally prevailed over L! Over time, he gained the ability and seniority to flick the switch between his two personalities by own will. 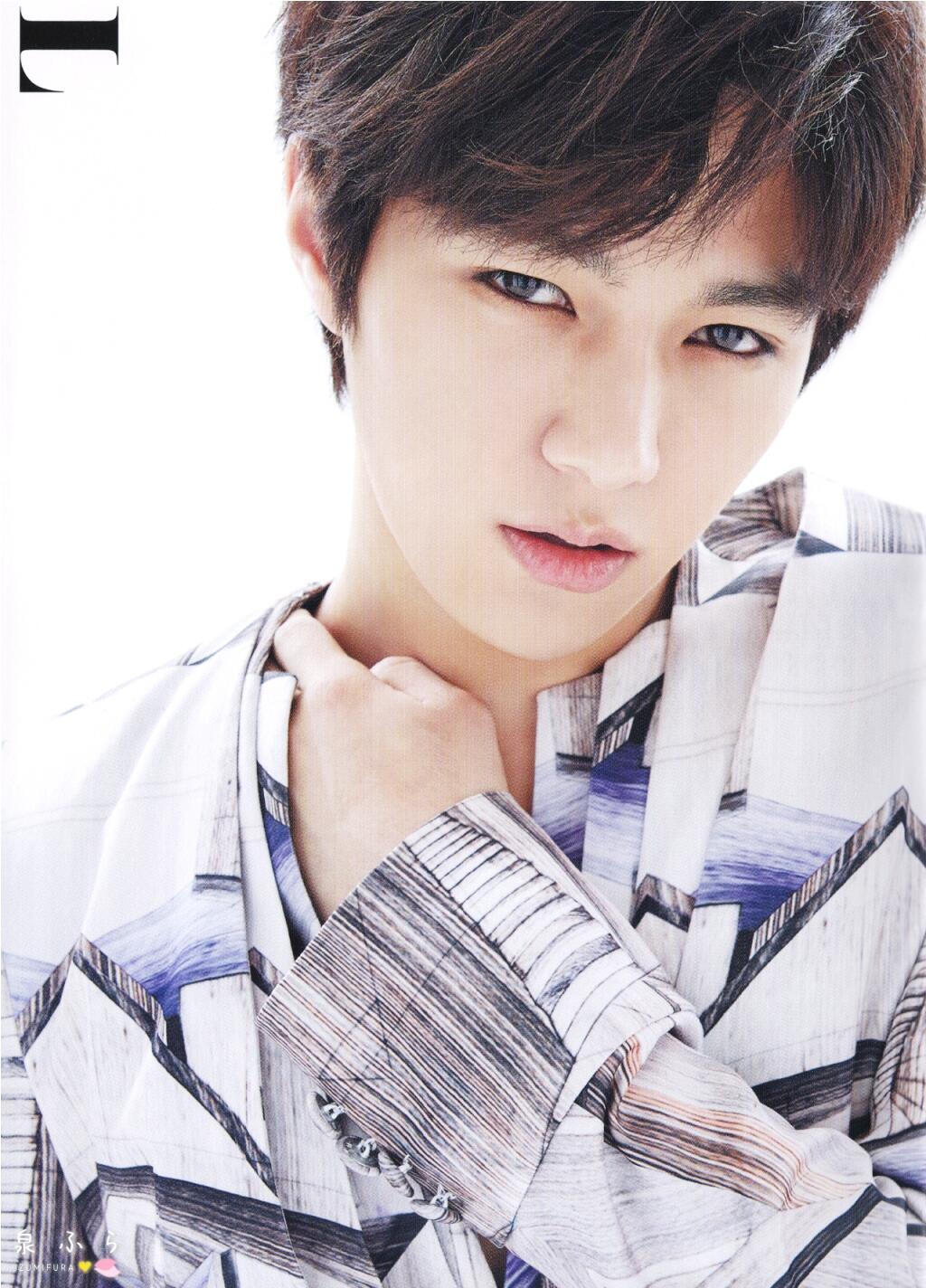 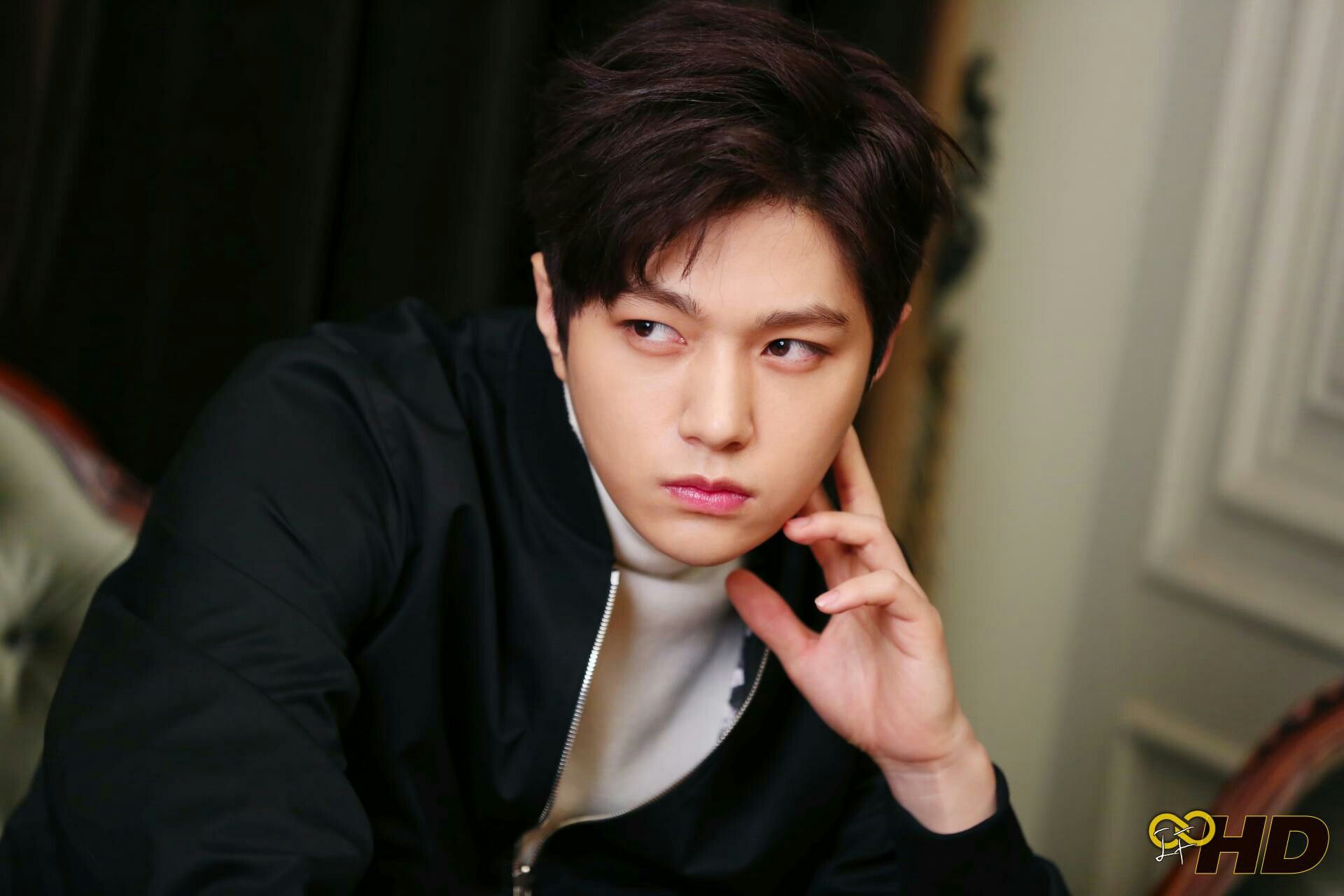 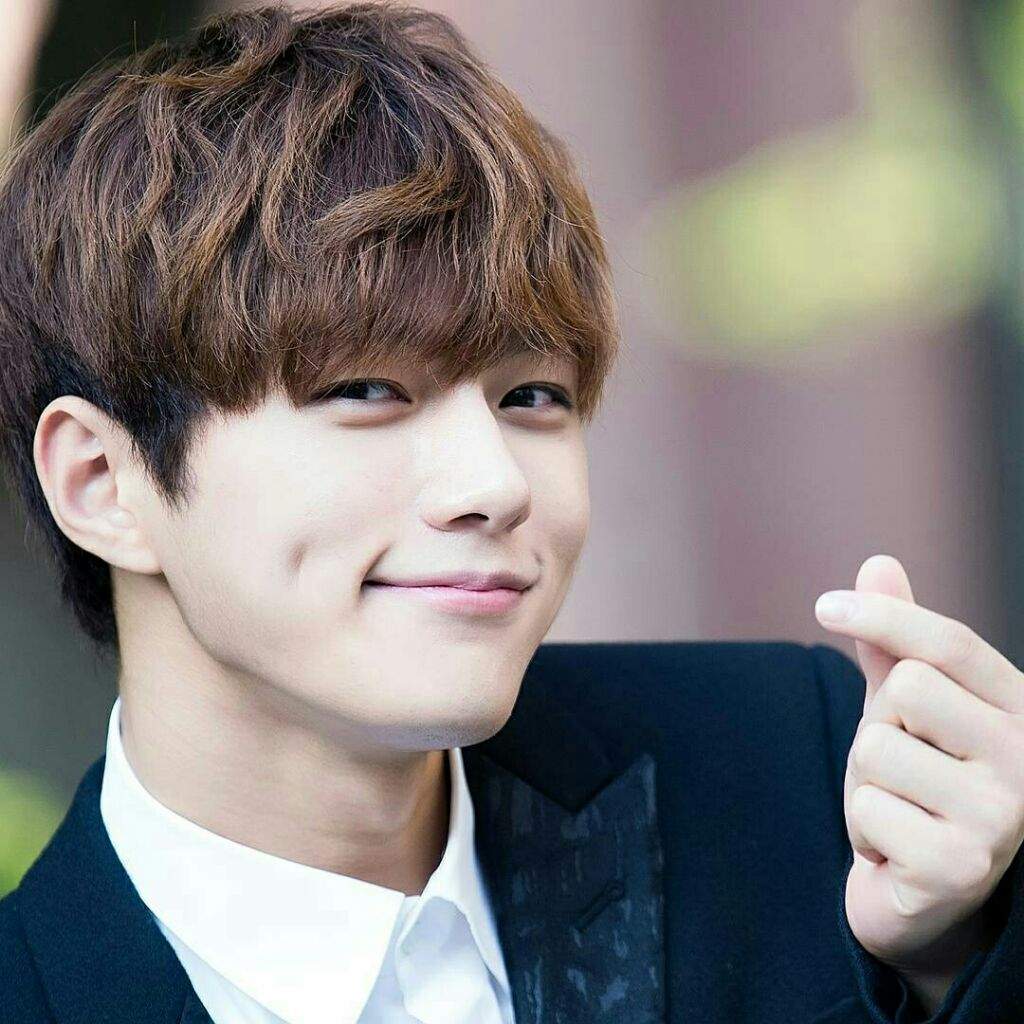 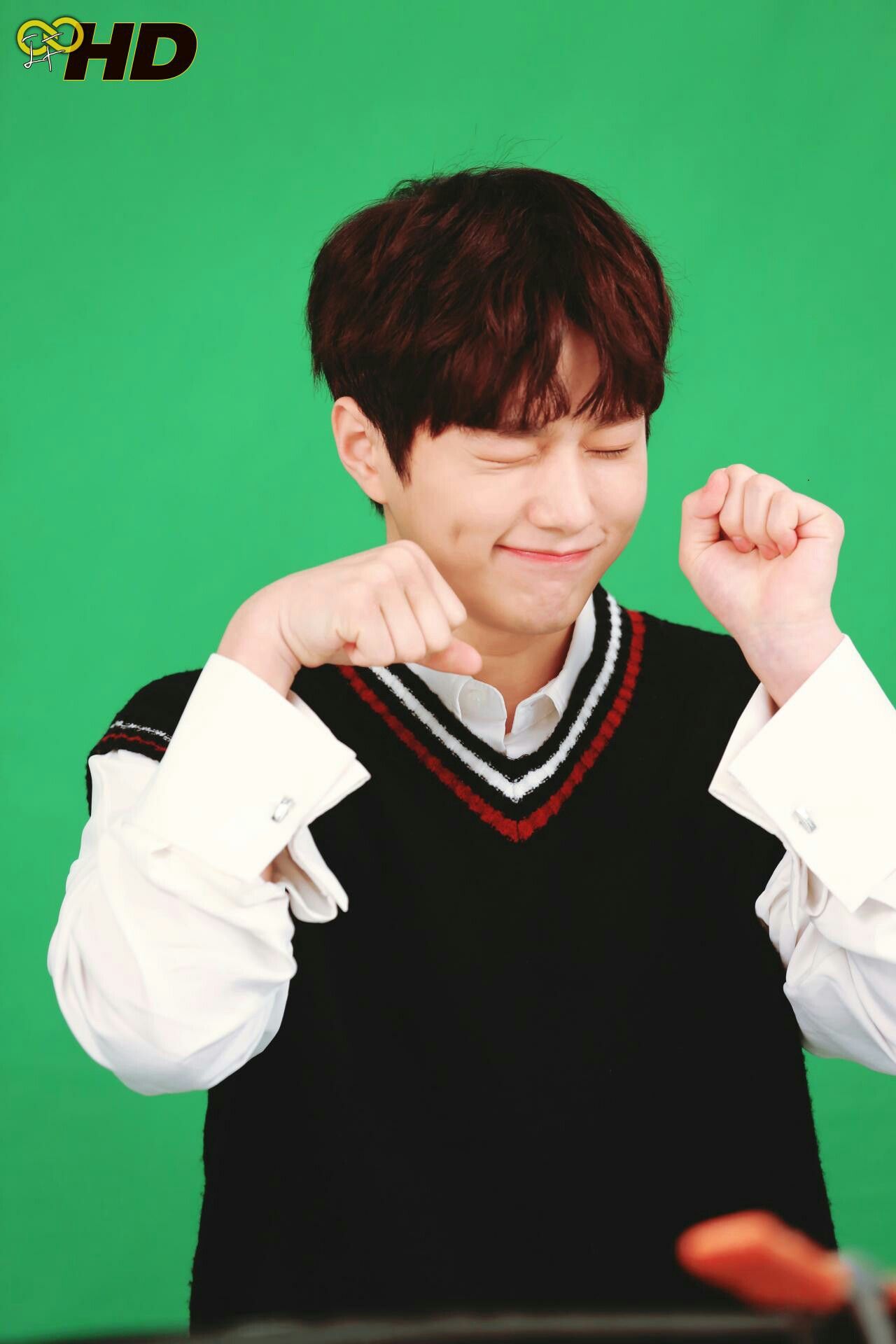 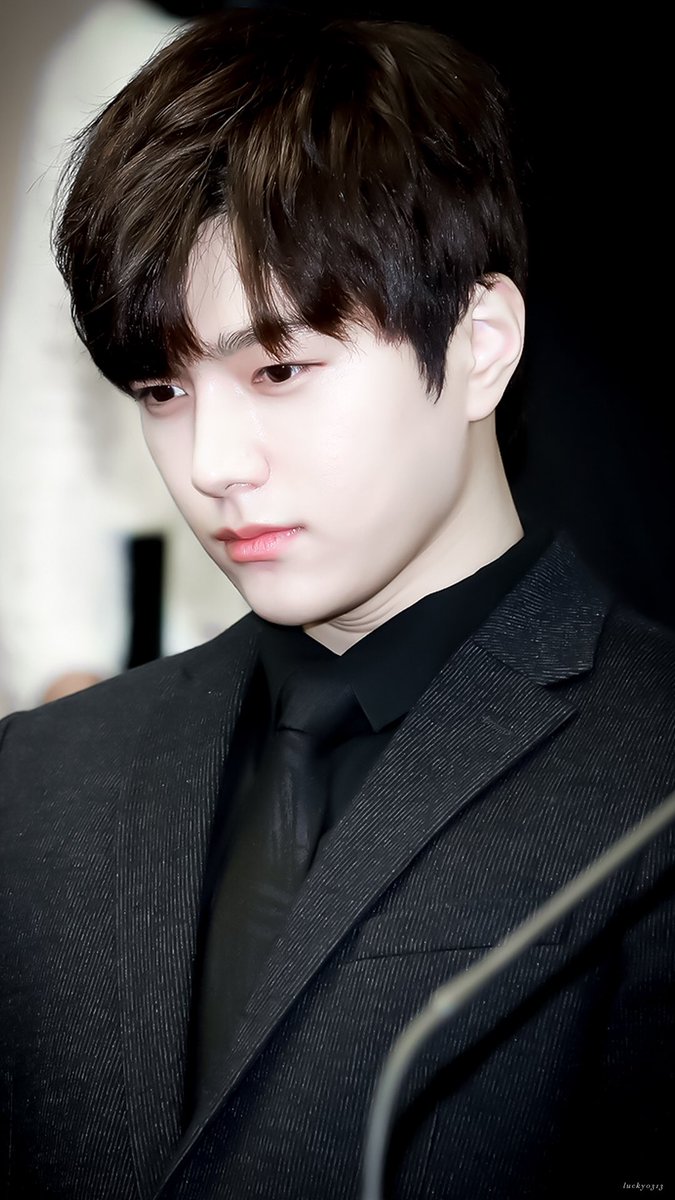 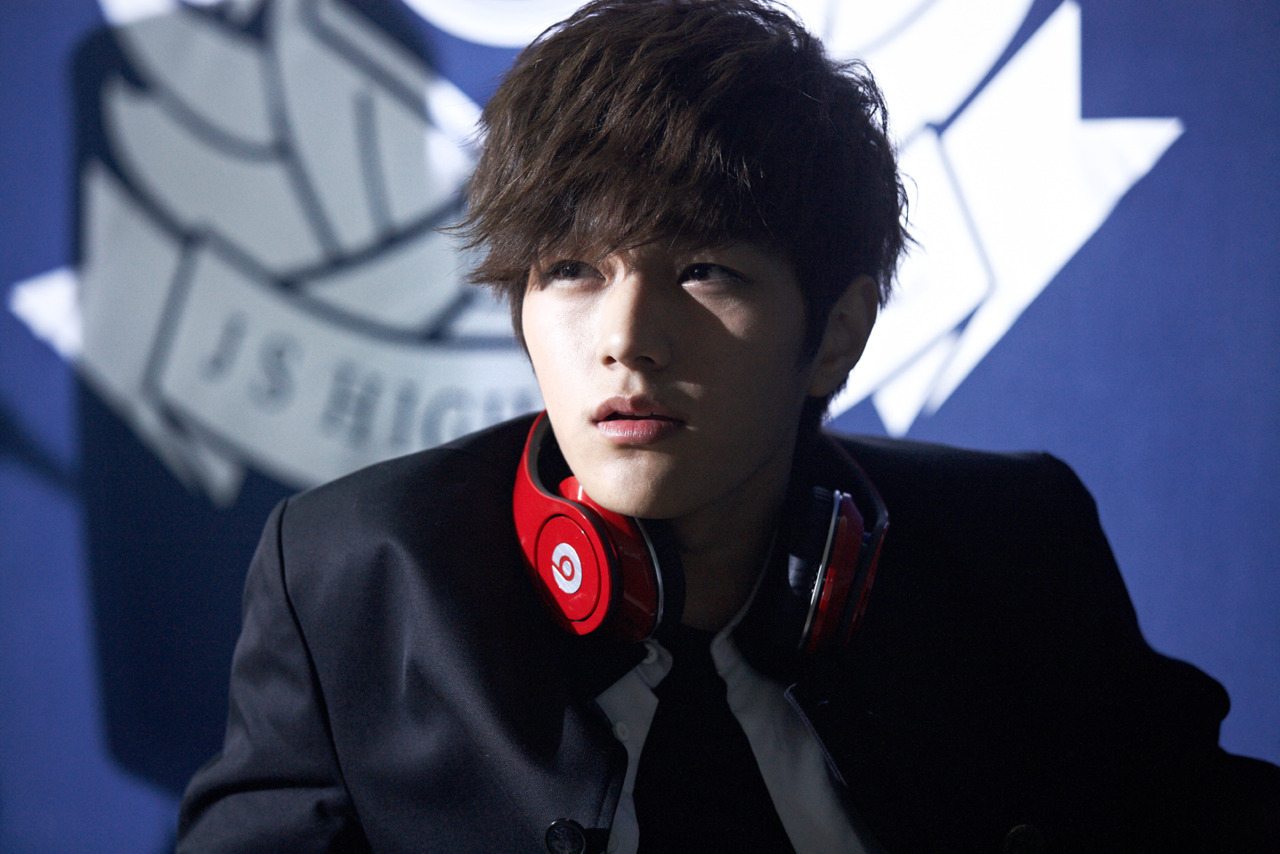 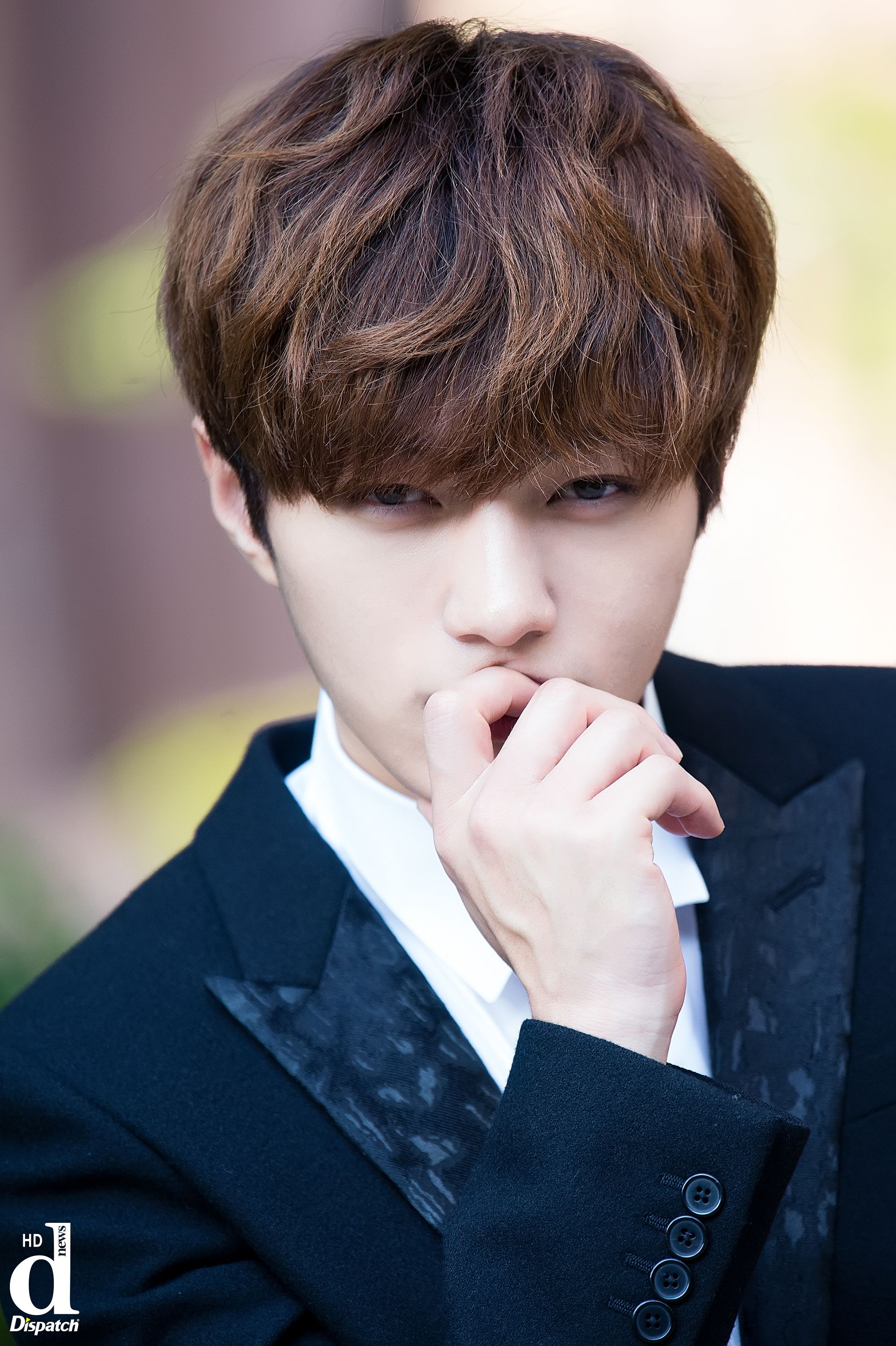 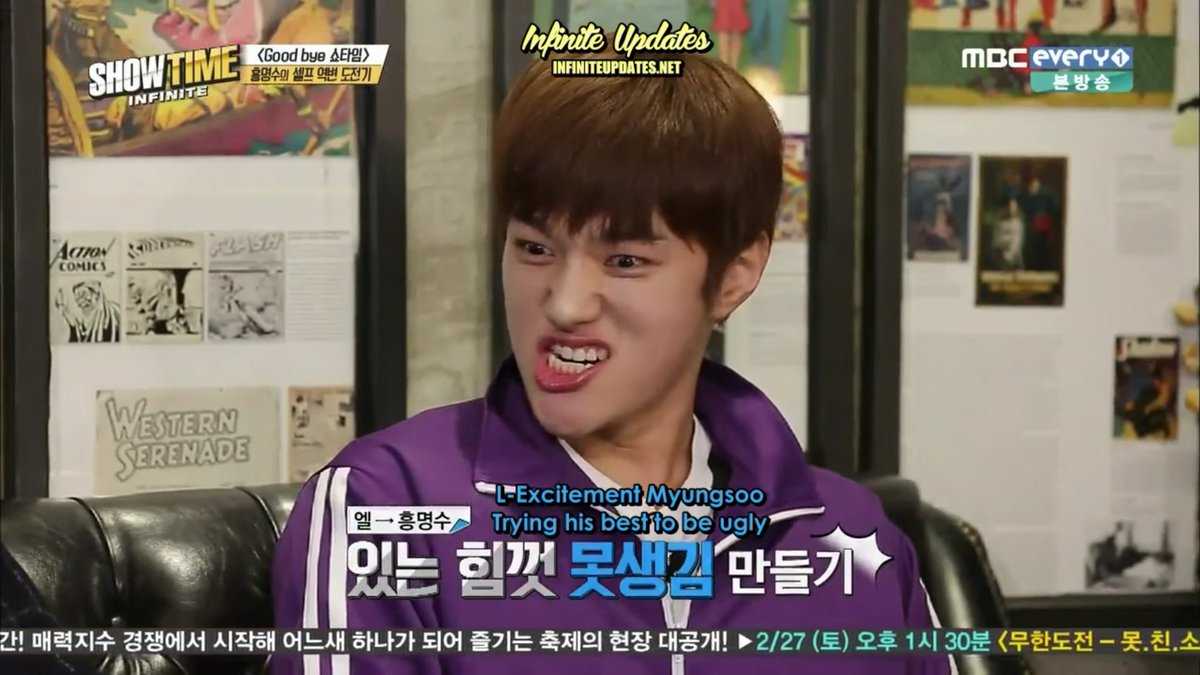 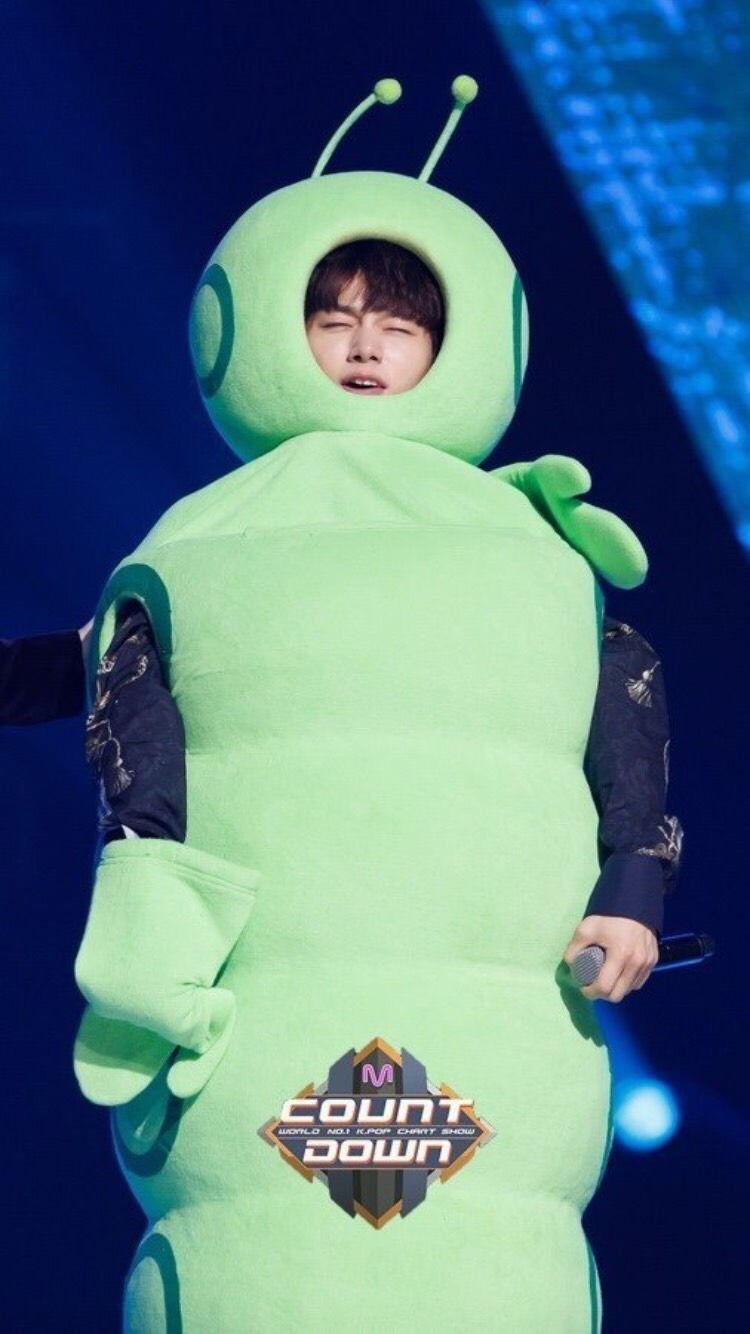 Woohyun – the King of Hearts

Woohyun is known for his extraordinary shows of affection for his fans. This granted him the nickname “Namgrease” for his greasy personality. To show his “love”, Woohyun throws hearts to his fans, not just in one form but in many ways possible. There’s also a legend that Woohyun himself confirmed that he is the one who popularized the “finger heart”. Although he did not say he invented it, it’s true that when he started to use it in front of Inspirits, it grew wildly and is basically one of the most recognizable assets in the Korean industry. 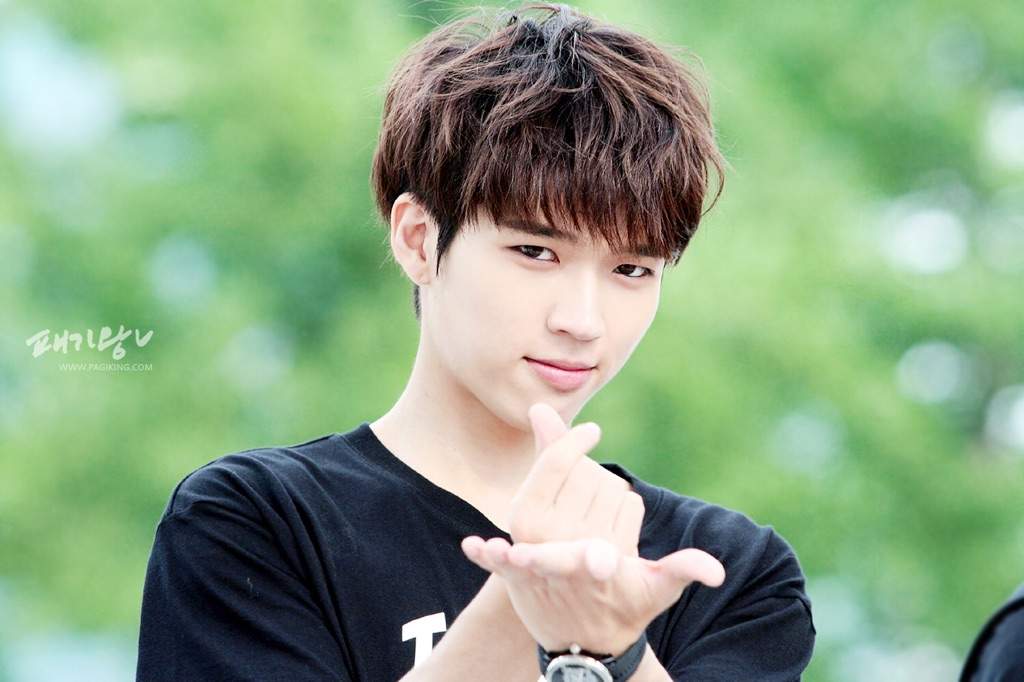 In 2011, when INFINITE were still rookies, they guested on a kids’ program called “Mak Irae Show”. There was a short series featuring actress Kim Yoojung on the show titled “Just Like Today” where Sungjong made a short-lived but rather questionable appearance. His iconic line in the show ignited lots of laughter from the viewers because of his robotic and unnatural acting skills.

When you have a lot of thoughts, have a lemon candy!

While other groups struggle with singing live, INFINITE takes it as if it’s just a mere stroll at the park. The group is that talented to actually perform on stage without any backing vocals and sing totally live. Although their dance routines are naturally difficult and breathtaking, for INFINITE, singing live amidst choreography is no big deal. Who needs an MR Removed video if you have an INFINITE live performance?

Though Hoya left, and Sunggyu is now in the military, fans of then seven membered boy group doesn’t cease to support them. Especially now that we are quite certain there is little to no bad blood between them, we can look forward to a brighter future with them. Though they may not be a Shinhwa, who have maintained their lineup ever since the beginning, they can be a Shinhwa, who stayed together for decades. Happy eighth anniversary, INFINITE!