Recommended for: People into bright and funky music. Those who prefers retro elements as well.

Not recommended for: People looking for mature and sexy sounds.

After much anticipation, Woollim Entertainment, home to INFINITE and Lovelyz, finally debuted their newest boy group Golden Child! Boasting eleven members, Golden Child are bound to captivate the hearts of the public with their bright personalities and great music. While Woollim fans are all sad right now, GNCD’s debut is something to cheer us up and make us smile! Without further ado, let’s examine the debut album of the eleven princes of Woollim. Note: to listen to the tracks, simply click the photo used. 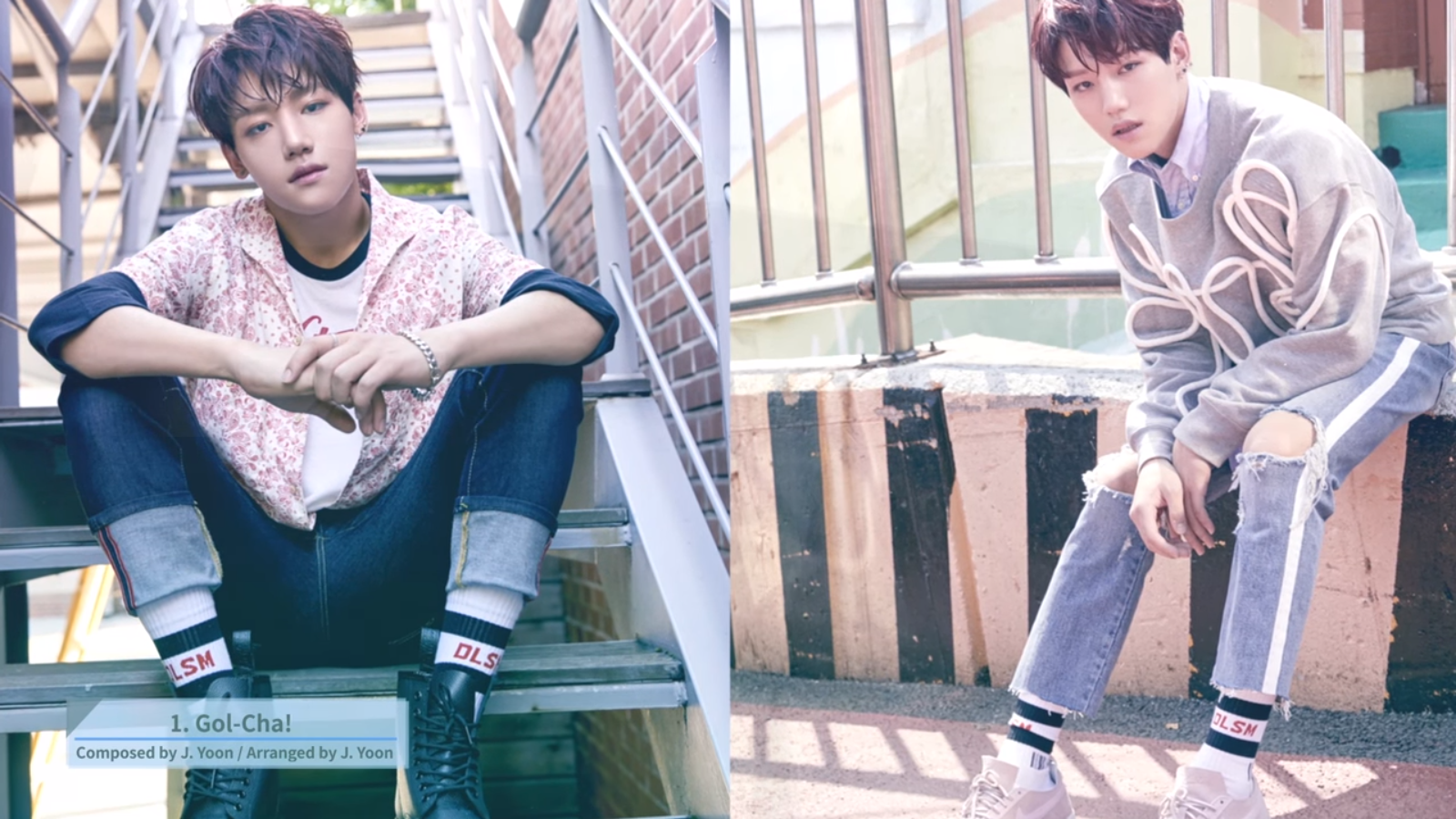 It’s not a Woollim album if it doesn’t have a killer intro. “Gol-Cha,” having the same title as the album, is a short-length intro track. Just like other Woollim albums, “Gol-Cha” is a perfect intro considering the whole content of the album. It sounds like something from a video game, but has elements of a piano and retro instrumental as well.

Not to be confused with an English term with the same sound, “DamDaDi” is their debut track. And it’s a very pleasant surprise in my opinion. Usually boy groups these days go for cutesy or “bad boy” sounds, and some even assumed GNCD to have a cute school boy debut because of the stereotypes associated with having young members. However, Golden Child surprised by going for a slightly different route.

DamDaDi has a very bright and energetic sound. The track is highly influenced by retro themes with some modern elements in it. I must say, DamDaDi is a very solid track to debut with. The hook parts of “Dam dadi dam dadi” are very catchy. The chorus is satisfying and every single part of the song is perfect. The vocals were superb and was able to show the vocal prowess of the main vocals, Y and Joochan, as well as their leader, Daeyeol, who is known for being the brother of INFINITE’s Sungyeol. The rap was quite great as well. All-in-all, every member did their own jobs flawlessly!

The MV was very cute but fun for me. It featured the members preparing for a baseball match, where they are seen having a workout routine in their sport uniforms. One thing worth mentioning though, THOSE VISUALS.

DamDaDi’s choreo is also commendable. Despite the pressure of being INFINITE’s juniors, they showed that they also have the knife-sharp choreography their seniors were known for. 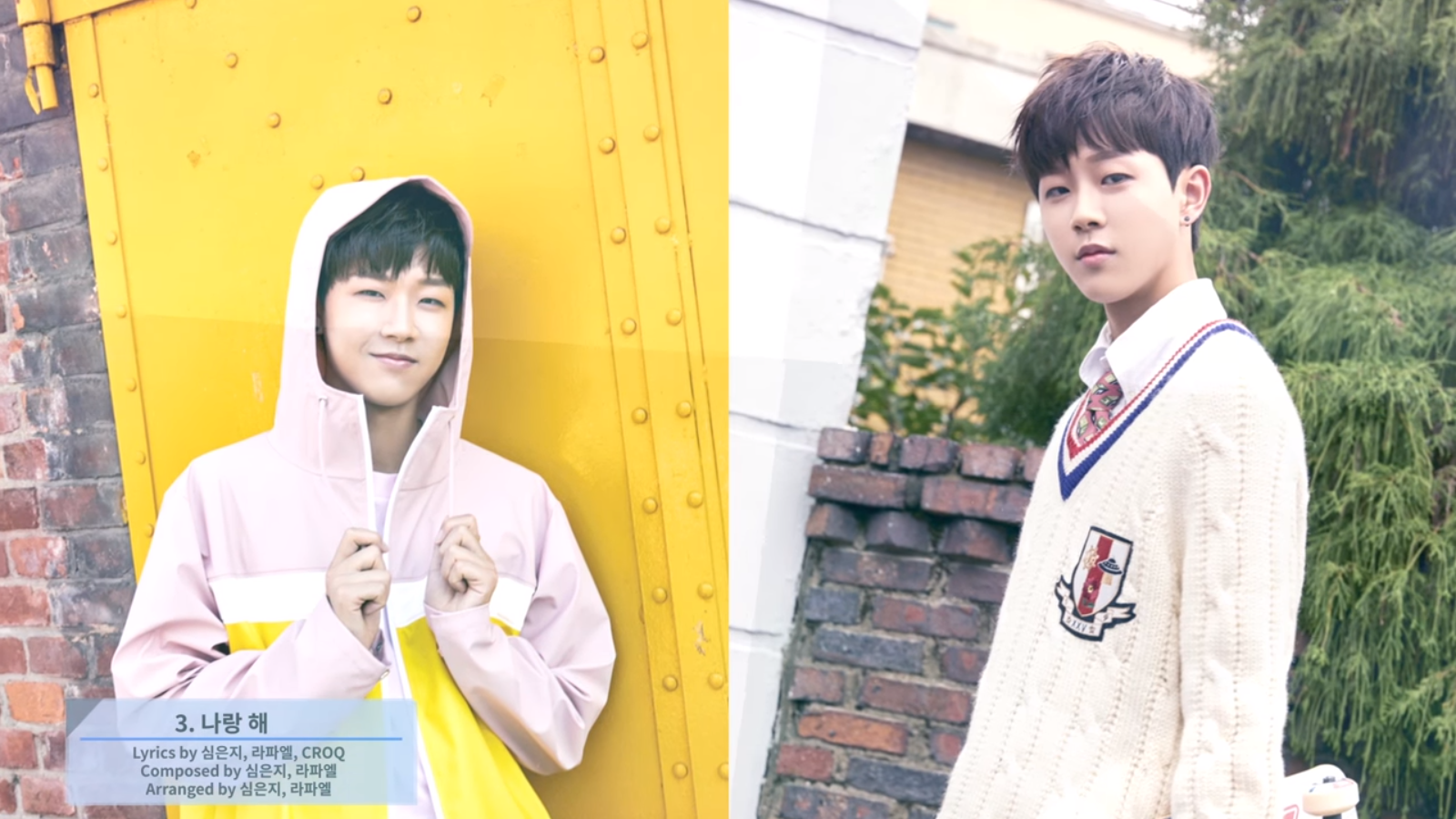 “With Me” is a very unique song for a rookie boy group to do. It’s very retro influenced, which is not common in K-Pop. The chorus is catchy and those smooth voices will really drag you in! The verses are very fun and funky. You can imagine your grandparents dancing to this song as well! 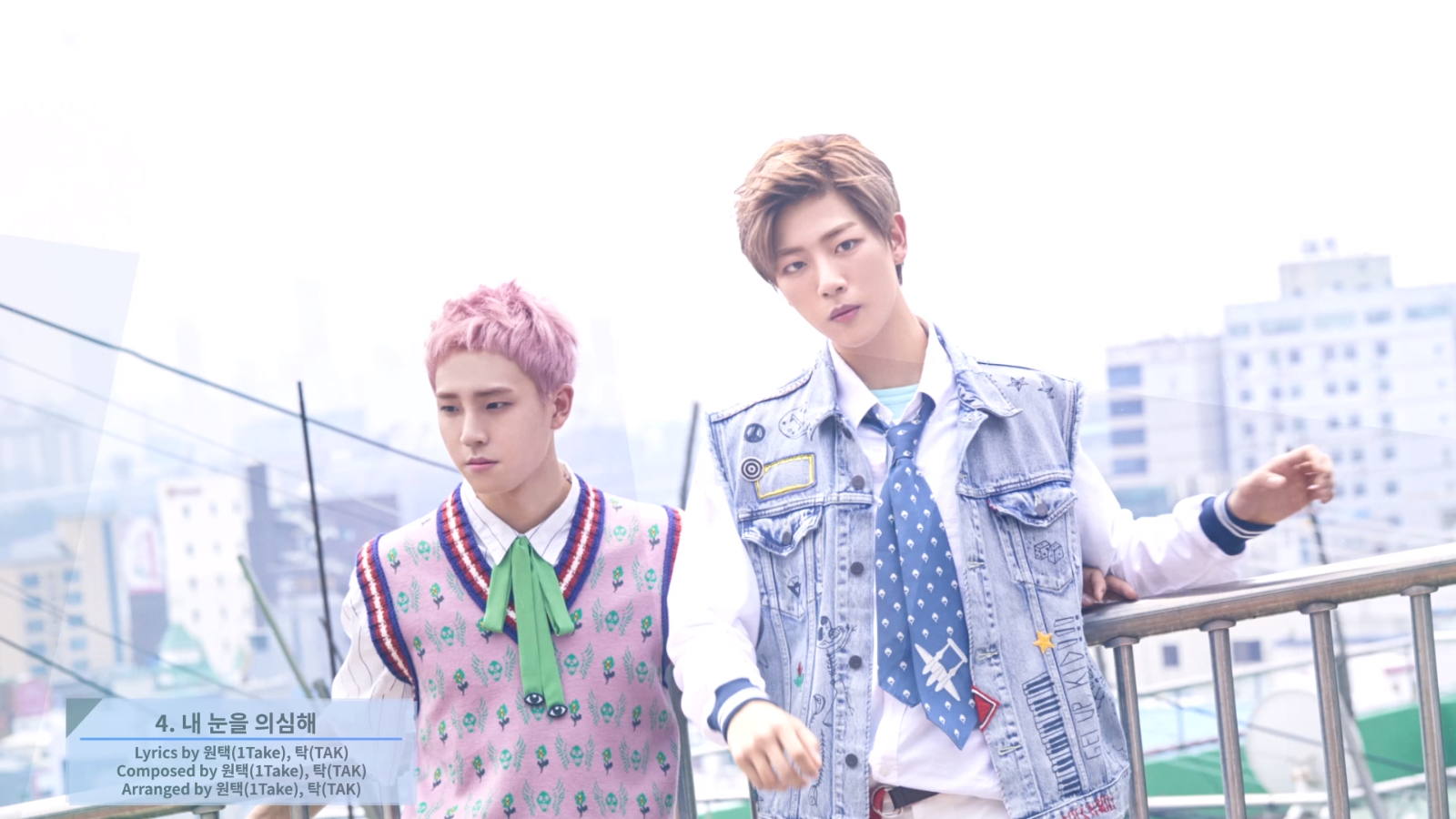 That instrumental break is PHENOMENAL. Possibly my favorite song out of the whole album, “What Happened?” is another retro influenced track with modern elements. It can also be a title track candidate in my opinion. It made me reminisce about some memories with video games because of some 8-bit sounding parts. The chorus is very catchy and the bridge was amazing! The song is a very fun experience. Again, the instrumental break is CRAZY. 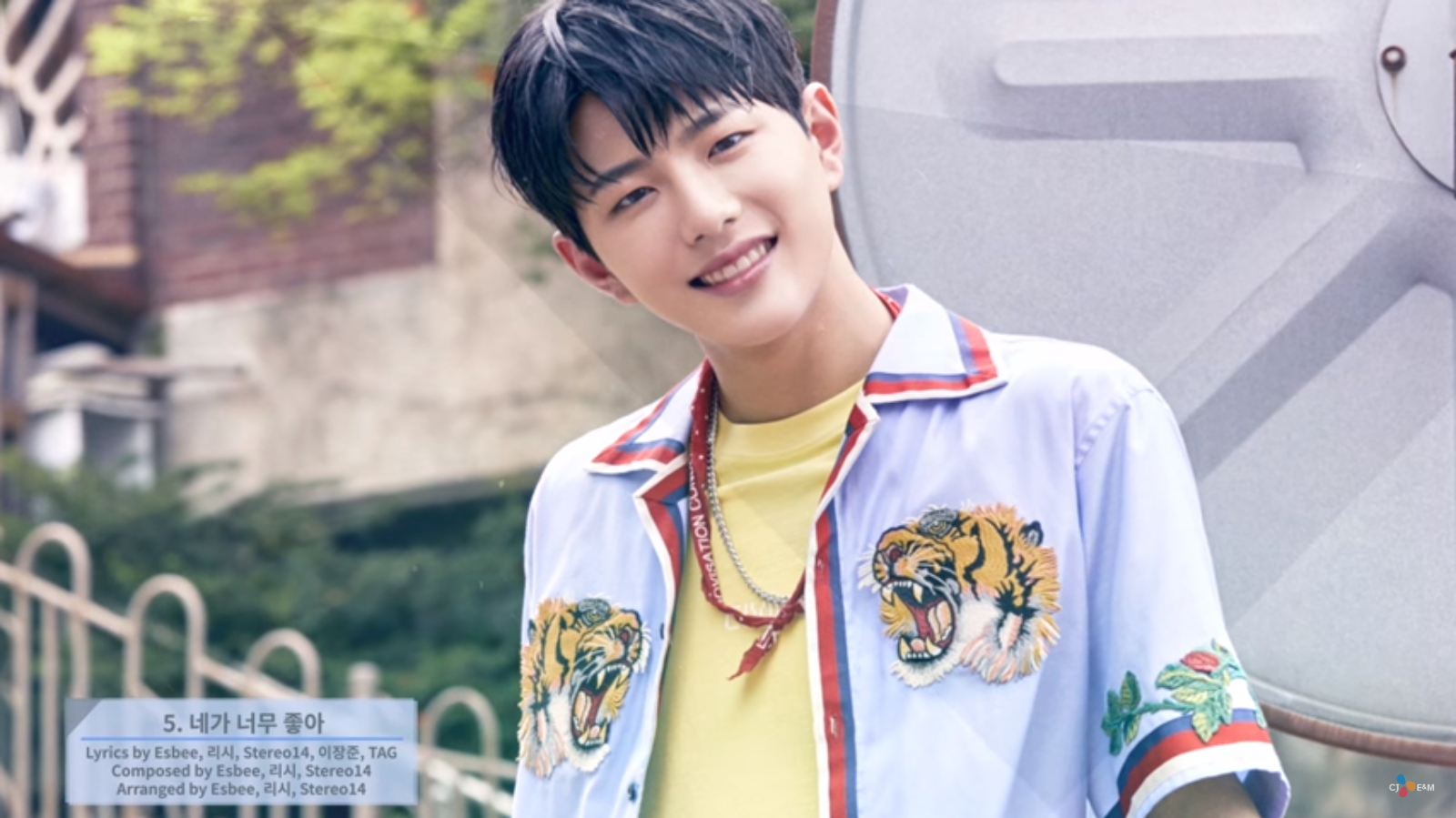 The album did not have a ballad track unlike other Woollim albums, but “I Love You So” is the closest to one. If you have read my other reviews here in the OH Blog, you would remember my favorite type of songs and this song is absolutely my cup of tea. “I Love You So” is very chill and relaxing. It’s a song that you would love to listen to in clear mornings while drinking coffee and eating bread, or while biking on a clear day. The boys’ vocals were very calming and everyone got a justifiable part distribution. This song is a reminder that everyone in GNCD can sing. 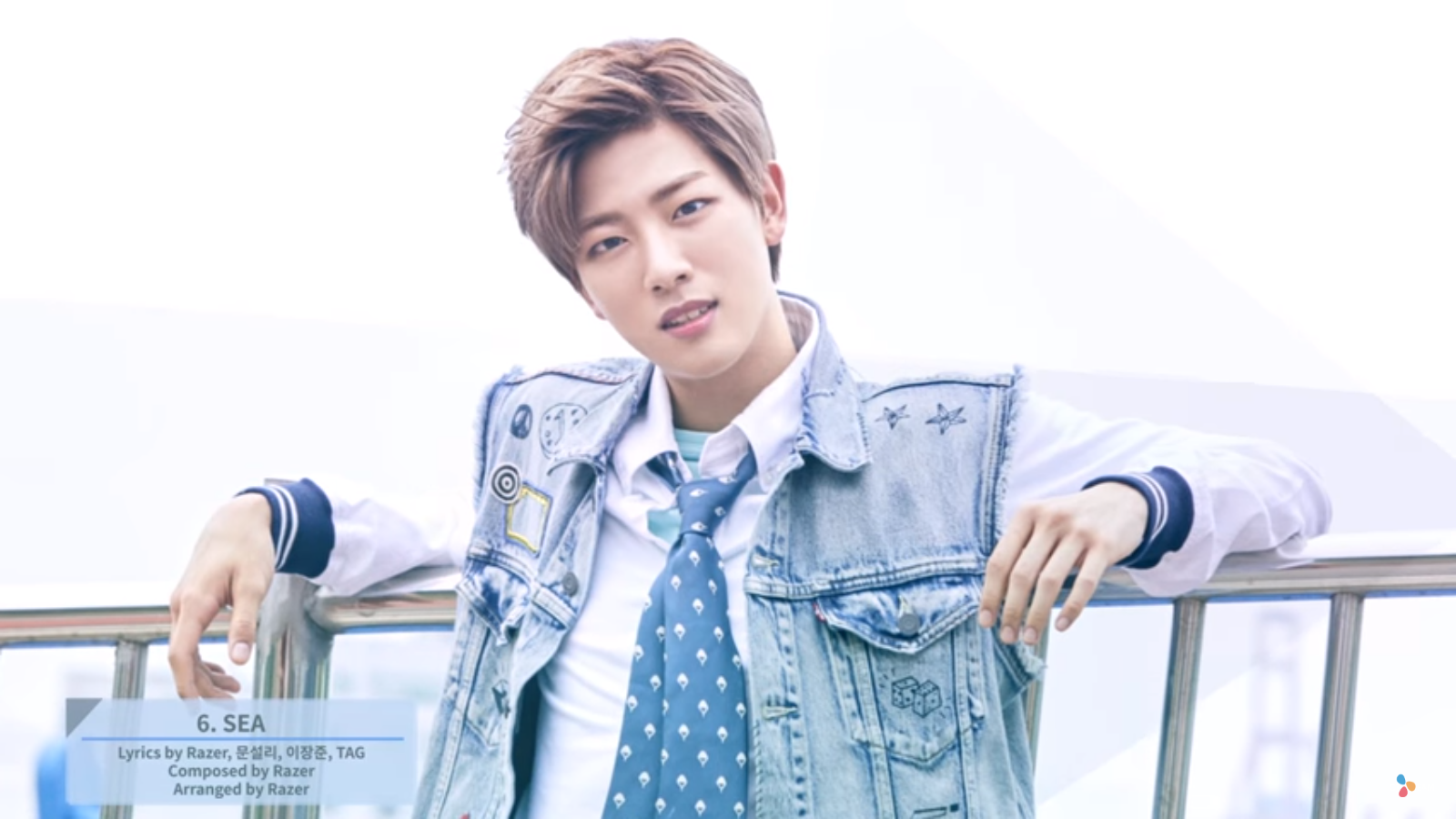 Sorry, I lied earlier. This song is definitely my favorite song out of the whole album and subjectively the best summer song of 2017. “Sea” actually was already released earlier in Golden Child’s pre-debut show “2017 Woollimpick” as a gift to the fans, and ever since that moment I already fell in love with “Sea.” I’m not necessarily into tropical music, but if it’s like “Sea,” then you can sign me up. The drop is very beautiful and the song itself is very catchy! I would have no problem for “Sea” to be their debut track, however, DamDaDi has the unique-ness a rookie group must have.

The first Golden Child unit to get their music video released is Team Rain, comprised of main vocalist Joochan and visual/lead dancer Bomin, with the song called "Singing In The Rain". Out of all units, Team Rain got the...