Album Review : JJ Lin’s From M.E to myself

Total Runtime: Unavailable (I’ve calculated on my own and it goes about 1h 39 minutes but it may be wrong)

Recommended for: Fans of JJ Lin, those who are keen on listening to experimental music*

NOT recommended for: Those who dislike hearing ballad songs or monotonous sounding songs

JJ Lin is back with his thirteenth album (or rather twelve album since his collaboration with Yonghwa of CNBlue is merely a song, not an album) but this time, this would be an experimental debut album after two years of delving into dummy head recording (all tracks are used in this recording which creates a true stereo surround album). Thus, you would be able to imagine songs being sung in different situation, such as in a forest, bedroom, in a concert hall and even in a car!

The introduction was a little creepy but I could feel that it was currently held inside a concert hall. An instrument is currently being played as it varies from a high to low range. Note, this is just warming up so there isn’t an actual song being played ~

A heavy beating is heard along with soft melodious sounding of the piano. JJ Lin’s vocals come along as I finally relax after spending a minute hearing those sounds. I get goosebumps from hearing JJ Lin casually hitting those high notes and how his voice flows well with the song. JJ Lin perfectly pronouncing those tongue twisting Mandarin words, probably from practices and the constant improvement since his first album release in 2003.

Soft murmurings could be heard, heavy thumping and sounds of the violin is being played. This is the intermission and thus, there isn’t anyone singing but rather a break before the next song starts to play. 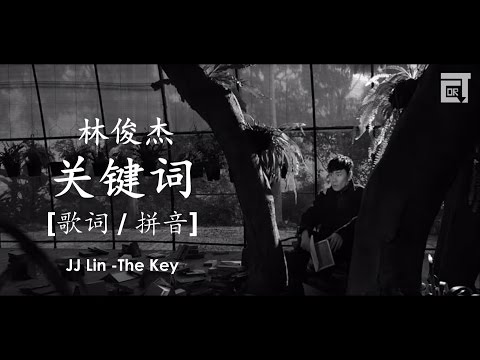 JJ Lin can be heard singing this song lightly, which gives off a fresh vibe throughout the song. There was some clapping in the first half that accompanied the song and that had made the song sound more unique, more of its own kind. I could feel pure satisfaction from listening to this song as JJ Lin pours his emotions into the song, making me drown into his voice while listening to the melancholy lyrics. Our dear Ren from OH did a translation on this song so you can check it out! X

Silence for the first 22 seconds or more and JJ Lin finally emerged from his hiding place. It seems that he is singing further away from the microphone since his voice couldn’t be heard entirely. As the song title suggests, it could probably be meant for bedtime, where most people retire for the night and wishes to hear a soothing song or lullaby in order to fall asleep. 2:20ish, JJ Lin can be heard properly but his voice can be heard from one side of the earpiece (I was listening to this song with earbuds. I’m not sure whether it differs between devices) The strumming of guitar was the only source of instrument, along with JJ Lin singing, and I must say, I was quite amazed that he didn’t need another source of music accompaniment and relied mostly on his own voice. Another thing that I realized was when I was listening through the earpiece, his voice sounds closer to me, in the sense that it felt like he was singing directly to me as his voice sounded crystal clear, especially for this song.

Silence again for the first twelve minutes before JJ Lin starts singing softly, or rather murmurings. There are some similarity in this song and the previous one. His voice eventually gets louder by the first minute but strangely it gets softer again. It increases and decreases frequently, which is interesting and this is my first time listening to such music arrangement. Again, JJ Lin sings cheerily with the guitar accompaniment but the hearing of music at one side of the ear piece persists again and I’m not sure whether it’s a technique or on purpose.

JJ Lin’s voice is especially low in this track, which startled me since I was used to listening his light sounding tone. There was an abrupt rap too, within two guys, if I’m not wrong and it’s caught me off guard again. I feel that this track is full of surprises as I could hear the sound of a heart beating as well. The guy who rapped earlier is back again, rapping once again and (Yes, I’m right. It is featuring Mike Chang) A sudden change happens after the rap as heavy metal was heard afterward and JJ Lin was heard hitting the high notes perfectly. This is completely an unexpected track and I must admit, I love it. It is completely different from the usual songs that I listened to and JJ Lin just managed to pull this off perfectly. Once again, Ren had spent time translating this song! X

Fans could be cheering in the starting of the track, which shows that this could be an introduction to the live performances that JJ Lin could do in the following tracks. JJ Lin was also addressing to his fans in the track too. I personally enjoy listening to JJ Lin singing live because he sounds flawless and to make it to the point, he sounds like he literally ate the CD.

Sounds of clapping could be heard, probably a live performance as followed by the piano being played smoothly. JJ Lin sings passionately in this track and it sounds a little playful to me. It feels that he is teasing you as he sings ‘its too bad, too bad’, so cute, haha. I feel myself naturally swaying to the beat of the song as the addictive lyrics comes on every few verses and I started mouthing to ‘its too bad, too bad’ too. I recommend this song to anyone who is feeling down and maybe with this song, you would cheer up a little more ~

The drum rolls kicks start the song, heavy beating against the drums as it produces a nice sound. JJ Lin sings sweetly in the track and it feels that he is serenading to someone in this song. This is probably one of the few tracks that has the atmosphere to be cheery and good in contrast to his dark themed songs.

An echo could be heard as JJ Lin was talking to someone in multiple languages. It seems that both people were reminiscing about past times and how it’s been 12 years already. It sounds like they have moved to the roadside and suddenly a change in background. Really bizarre… but it’s cool (haha). As JJ Lin is from Singapore but temporary living in Taiwan, it’s expected of him to speak in both languages and he still sounded fluent after all these years. I don’t know why, but I suddenly feel a sense of pride.

JJ Lin’s singing while the background has the sound of strumming of guitar. A typical slow ballad and its great for someone to tune in to after a long day of school/work as his soothing voice comforts you immediately and you would have the urge to nod your head along to the song. Ah, duet! Both voices were really good at harmonizing and it made the song sound much better!

Faint sound of the sea could be heard. As the title suggests, it could be somebody’s arrival at the beach and they probably had the urge to make a short track of the sounds of the sea!

The setting sounds like it’s at night- a sound of buzzing could be heard as well as an owl howling. The guitar comes along and OH MY GOODNESS! JJ LIN IS SINGING IN ENGLISH?! IT SOUNDS EXTREMELY BEAUTIFUL! I think this is the only track which is sung solely in English! Yay! There is a hint of accent in his voice, since it’s probably been a while since he actually spoke in English, but I’m still loving it!

A funky upbeat could be heard in the beginning, making me curious what’s this song all about. JJ Lin’s voice emerges out of nowhere but he is singing in a fast pace which is quite strange for me since I was so used to listening to a ‘balladry’ JJ Lin, but since he is exposing to new genres, I think I will give this song some time to digest properly in my brain. His voice could he heard in one side of my ear piece before it switches to both again. Wow, I am feeling super overwhelmed after listening to so many different types of song from his album!

Sounds of the waves enter casually into my earpiece, it makes it so real that I feel myself swimming peacefully in the beach. What kind of fabulous sound effect is this? I’m totally amazed by it!

A groovy and funky beat greets me when I played this song and I instantly love it! I think it’s because I have a soft spot for songs who have an introduction like this. JJ’s melodious voice is accompanied by the drumming of drums and additional voice overs. It is kind of similar sounding to another track on this album but I feel that my brain is currently in a process of being brainwashed. With the numerous sound effects entering your earpiece each time, I get easily confused by the similar sounds.

JJ Lin’s deep & husky voice comes through and I literally had goosebumps everywhere. Notice that for almost every song, I mentioned about JJ Lin has either the guitar or piano accompaniment, with is truly amazing as its often hard to come out with a song solely on a few instruments. (He’s so good at singing that I am sort of ashamed of my own singing </3) This is quite similar sounding to a few tracks to this album, almost repetitive. Nonetheless, we get to hear more of such wondrous tracks that we may or may not get to listen in our daily lives ~

Finally done reviewing this album! JJ Lin’s my idol since I was young (he’s not very old but he’s adorable, okay?) and I grew up listening to his songs on the radio since his songs are always charting so well. I must admit, its been awhile since I ever sat down properly to listen to some long ass track list but it’s always worth it in the end when you feel yourself enjoying the music and purchasing on iTunes 😀

Definitely playing this again, this would be a good lullaby for me to get me sleep ~

Album flowed well, each song seemed to go well together, can listen to the album in its entirely and it has the same feel ~

After being absent on the people's playlist for five years, the drought has now come to its demise as Bom returns with a new album under her new home, D-Nation Entertainment. Known by many as one of the most...

The five ladies of Laboum return with "Between Us" - the first comeback since the departure of maknae and main rapper Yulhee from the group. It's done in striking contrast to their previous playful summer release "Only U," but...