NOT recommended for: Ballad or Hip Hop/Rap enthusiasts

The six ladies of LABOUM are back in their newest mini album AALOW AALOW with upbeat dance tracks that are strongly reminiscent of the 80’s. LABOUM made their debut less than two years ago in 2014 under the management of NH Media and Nega Network and have released three albums to date, with ‘AALOW AALOW’ being the third. A very retro sounding comeback, this album contains five songs including an intro, two regular tracks, and the instrumental versions of each normal song. These songs suit the girl’s innocent image, one that is not quite cutesy like some rookie girl groups, but more laid-back and sweet. The album’s theme is romance, but it is a young love that is like candy, sugary and fun, and not full of heartbreak and soul-searching. With a bright color palette to match, this comeback is happy and light, and a solid album for these girls. 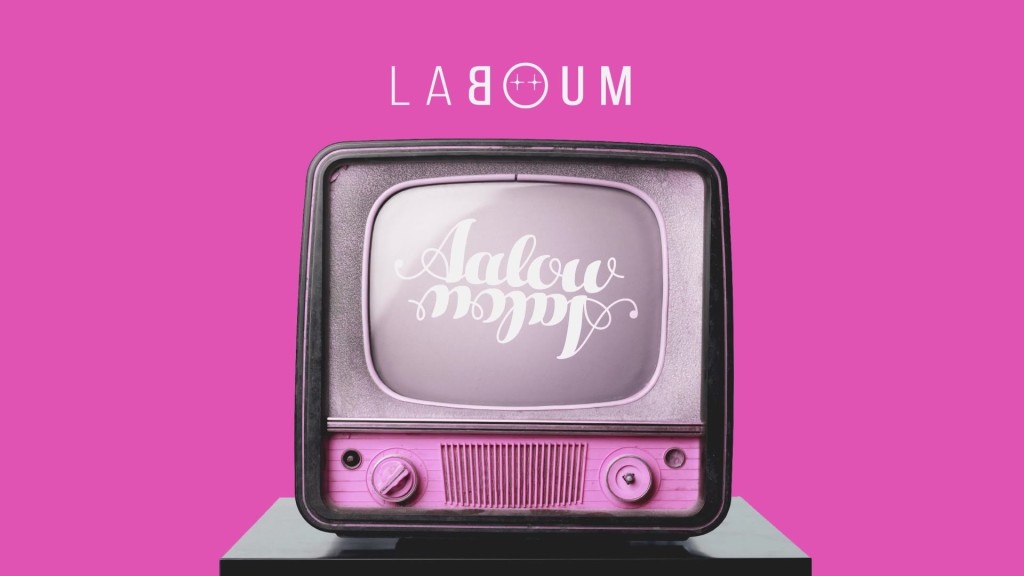 Starting right off is LABOUM’s intro to the album. A short number, being a few seconds shy of one minute, this tune sets the right tone for the album with its 80’s synth beats and mellow background vocals. It’s a solid start to the album, a song that builds in complexity as it proceeds with almost hymn-like background vocals combining with more forceful vocals in the foreground of the song. You won’t find any sort of semblance of rapping in this song, just LABOUM’s angelic singing that suits the song and its sweet, nostalgic feeling.

AALOW AALOW is the title track of the album and the star of the show in my opinion. It’s not a song about first love, as the girls say, but it makes you think of one. The singing here is a nice blend of soothing vocals in the verses and then stronger power vocals in the chorus. There are a number of different vocal colors in LABOUM and I think this song showcases them nicely as well as effortlessly blends them into harmonies.  Soyeon and Yulhee really shine in this track, especially during the bridge and final chorus. This song again uses synthesizers common from the eighties in combination with a constant background drumbeat for a very retro dance pop sound. Notably, it also lacks the rap breakdown that is so common in kpop title tracks recently, as there is no rap at all to be found in the song.

Tasty is the least retro song of the bunch by far. It has a slightly 80’s sounding first verse but the majority of the song stays very modern kpop girl group, with and upbeat tune and repetitive background beat and lyrics. This track also features a rap verse, unlike any other song on the AALOW AALOW album, but it suits the song without sounding jarring or out-of-place. The song begins with very gentle, sweet sounding vocals but quickly picks up intensity, especially during the chorus. There is a notable amount of English used during the chorus that is absent from the other songs on the album, with the repetitive phrase “candy, candy man” featuring largely in Tasty. The song does slow down at the bridge for more soulful, almost ballad-like singing to then jump right back into the bubbly atmosphere of the rest of the song with the final chorus. It’s a cute song, something similar to many b-sides tracks released by rookie girl groups, but fun nonetheless.

This track is the instrumental version of AALOW AALOW, thus there won’t be an vocals here and it allows the production of the background track itself to shine. Without vocals, there is something vaguely Christmas about the synth beats and chimes in the song. Additionally, I will say when the singing is removed from the song, AALOW AALOW sounds even more familiar, like some unnamed 80’s bop resting in my memory and trying to be recalled. I can honestly imagine it being played as the backtrack for a shopping montage in some retro chick flick. The song still maintains its happy, upbeat vibe but is a bit more chill than the original track, like something you’d play in your car for easy listening.

Similarly, as the instrumental version of Tasty, this song is lacks the girls’ sweet vocals and solely focuses on the supporting background music. As such, the difference between build up moments in the song and softer subtler sounds is more evident. This is a rather routine switch, with a beat drop occurring at every interval where the chorus is. It maintains the synth beat trend but is more electronic inspired. Some parts are almost dubstep in my opinion, something that wasn’t immediately obvious in the original track. In this way, it does feel more modern than the other tracks, but still has the easy listening sound the occurs across the board in this album. Stripping the vocals does make the song seem slightly basic, but the instrumental is still fresh enough.

In my personal opinion, ‘AALOW AALOW’ is a solid mini album that is fun and easy listening. I will say the songs are not anything groundbreaking, especially due to the obvious 80’s influence, and some seem a bit generic upon first listen. There have been a number of retro sounding comebacks in kpop recently and I don’t feel that LABOUM’s was anything remarkable. Additionally, considering 40% of the album was the instrumental versions of two of the other songs on the album, it lacks a certain pizzazz that I think would be present if two different original tracks were in their place. However, the strongest aspect of this album is its ability to maintain the same sound across tracks. Thus, when played together, the songs seem to seamlessly connect together with no jarring changes in the overall tone or theme. I will say that the more I listened to the album, the more I enjoyed it. Overall, a nice mini-album with some fun songs and an admirable showcase of the members’ vocal abilities.

some songs are fun, others are easy listening but lack this interesting aspect

album tracks have same sound and feel; when played together it flows well between tracks