NOT recommended for: Non-K-Rap lovers

Finally, BBC’s and hardcore K-Rap fanatics have been graced with the blessing of Block B’s extremely talented leader, Zico’s very first official, self-produced mini album ‘Gallery’. This acid tongued, lyrical rap genius metaphorically escorts us listeners’ by the hand through the Gallery of his mind, further proving that some ‘idol rappers’ are the real freaking deal. 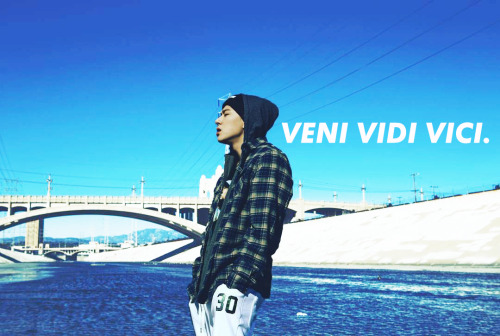 Fresh up to bat is a blazing rap track that Zico appropriately kicks off by reintroducing himself. “Guess who? No more talking baby.” *Zips lips* Instantly, we are bulldozed into a bumping power beat that ricochets off your eardrums then zips straight to the cerebellum of your brain, conveying the simple message of “This ish is hot, yo.” Indeed. The rapper goes on to showcase his exceptional flow by spitting a few bars sprinkled with tales of his accomplishments throughout his idol career and shamelessly reminds us that he’s only twenty-four to boot. Yow. Lit brighter than a football stadium on a Friday night, this hard-hitting rap track is flawlessly precise in striking all the targets it aims for. Personal fun fact: Initially, I had thought that Zico was chanting “Ready, ready, Ricky!” the entire time but then I realized he was actually saying the track’s title “Veni Vidi Vici” Yeah, yeah, I know. Derp. 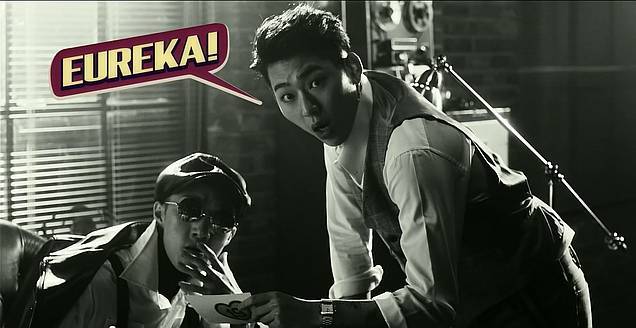 Zico and smooth vocalist, Zion.T, gives us insight on exactly what stampedes through their minds the moment they lay eyes on an attractive female who is way too sexy for her own good. ‘Eureka’ is a pretty catchy listen with an addictive, jazzy break down loop that latches onto you death grip style and doesn’t release until you’re induced on your feet, dancing like a machine. While overdosing on Zico’s engaging rap and Zion.T’s honey vocals, you’ll be howling ‘Eureka!’ along with the chorus as you hit the replay button. Guaranteed.

Who says rappers can only dish out aggressive hits? In a flash, Zico flips the script and transitions us on board the smooth and steady train ride of relaxation with this chill track. Adding an aesthetic touch to the rest of the album, ‘Pride and Prejudice’ serves us a soothing melody that’s only enhanced by the sweet and silky vocals of SURAN. It’s super easy to just lay back and chill to when experiencing a slow point in the day. Zico executes tranquility quite well, if I do say so myself.

This track takes on a more island, upbeat and mainstream tone with its captivating pop beat. I’m sure a few listeners, like myself, can admit the similarities ‘Boys and Girls’ has to other catchy clubbing dance tracks. These days, tunes like this are all too familiar but somehow this track manages to color it’s own unique style. Hey, it’s Zico, unique is his middle name. Although it took me a few listens to really vibe to the beat, the outcome remained the same of me jamming along with no regrets. The chorus of  “I’m a boy, you are a girl,” is worded slightly strange and might be a bit unappealing upon the first listen but Babylon purrs out the lyrics so charismatically, it actually enticed me to press replay repeatedly. Me gusta, me gusta~ 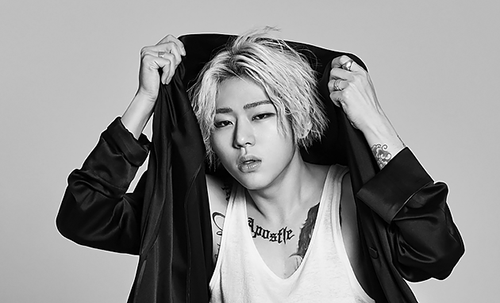 “I will spit on ya like a king cobra.” What a dynamite way to blast things off with this monstrous rap track. A simple head banger which presents Zico doing what Zico does best, impressing effortlessly with his mad rap flow, yo. He straight snipers out bars shot for shot. It’s a great rap song with a pulsing, enthralling beat that will honestly have you riding Zico’s flow to the ends of the earth. JTONG only adds fuel to the raging fire with a menacing rap flow of his own that may or may not leave you scathed in third degree burns once the song comes to a halt. 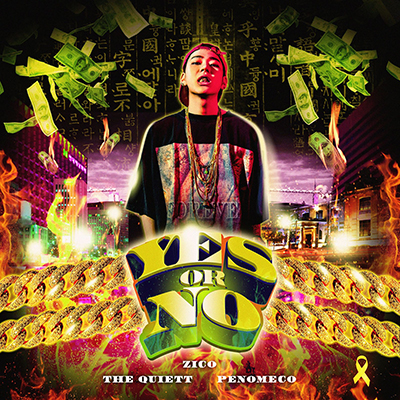 Okay so, this track and I have issues. It’s very hard for me to listen to this without shouting “Nan bamsaetji! Jeungmyeonghagoja bamsaetji!” that’s all thanks to UPRS Season 1 contestant Yuk Jidam’s version titled ‘Up All Night’. Jidam won this instrumental during her time on the competition and since I’m so used to her version, accepting another was rather hard to accomplish. However, despite all that, Zico pulls through and tosses his own little spin on this beat since it was, after all, produced by him. ‘Yes Or No’ has a trap music type of feel to it which would normally be off putting for me but I’m just such a sucker for Zico’s rapping that I was able to enjoy the song all the same. Featuring phenomenal rappers like PENOMECO and The Quiett, you’d have to the biggest bummer to not bop to this joint!

Zico is often deemed as the best male idol rapper in the K-pop industry and it’s mighty hard to disagree when he releases first-rate music such as what’s featured on this mini. As a whole, I find ‘Gallery’ to be the little glass cookie jar of high quality music all K-Rap lovers should dip their fingers into at least once or twice whenever craving for a unique punch of rapping.

Album flows well, each song blends well together, can listen to the album in its entirety and it has the same feel.

May or may not sound familiar but it’s still fresh enough.

It's too late for me. Save yourself.

T-ARA is Back With Re:T-ARA After 4 Years

Following the group's indefinite hiatus in 2017, T-ARA returned with a single album, Re:T-ARA, in 2021. Unlike their predecessors who released digital singles — or, in some cases, a cover album — they announced a comeback without the help...

Gaon's July chart update is here with a midsummer update! South Korea brought us a girl group and female soloist extravaganza. Was there anything that was particularly your cup of tea? Vote for your faves below!