An Honest Guide on How to Become an Idol

by Rinne
in Editorials, Korean Entertainment
7

Ever thought of becoming an idol just like your faves? Performing flawlessly on stage with loud fanchants accompanying the night, living a life of a rock star (not literally but in a sense).

There are lots of question to be answered but since this is not a an academic journal, I’ll keep it simple.

K-Pop idol is pretty much the same as a normal singer, but they are more of a performing artist instead of a musician. Individually, it might not be the same in some cases (such as Block B’s Zico and Big Bang’s G-Dragon) but in general that’s just how it is and how it was. K-Pop idol is commonly a part of a group set up by their label or company, with set images (collectively or individually), and a unique or generic music style. Most, are generic (let’s be real here).

What differ them from the rest are their (sold and promoted) image, and some random talents. Idols sell their reputation. It’s fundamental. One might argue but that what makes you an idol. Arguable but undeniable. Either way, the definition for idol is vast. For example, some considered IU as an idol but some would say no. Idol, in a broader sense, is a title. It’s created and given by the public, and that includes their own label.

K-Pop idol is pretty much the same as a normal singer, but they are more of a performing artist instead of a musician.

So here are the steps to follow for those who are interested to become an idol. Here we go!

Step #1: Ask yourself, what kind of idol would you want or have to be?

Do you want to be an idol who can actually sing? Main vocalist or lead vocalist (to be honest I don’t know what are the exact differences between those two roles, lots of theories but none is solid enough). Make sure you can hold more than a note though. Worst case scenario, at least try to learn on how to lip sync properly. I don’t need to elaborate the wrath of netizens once they caught you flopping on stage. Don’t lower your guard down when lip syncing, not even in a radio show or you will only make a fool of yourself.

Not interested on being in a vocal line of a group? But you still want to become an idol? What, no? Oh so you are not really confident with your singing ability. No worries because idols are not all about singing. Talents can be anything. Even just being pretty and is capable of doing some crazy wink and eye smile, you are good to go. As a visual of a group. What you need to learn is how to behave properly and convince others that you have other qualities that should be known by public. Idol’s visual is the most popular topic among netizens so don’t be surprise if you find yourself to be the most popular member of your group. Be thankful if your name is included in weekly idol beauty poll. Really.

Can’t really sing and doesn’t look really good without Dr.Kim’s help? Hmm can you dance? YES? Well there’s another role that you can fill in. It’s main dancer. Dance is one of the most fundamental element in K-Pop. I can’t imagine SHINee performing Ring Ding Dong without its iconic i-have-a-gout choreography. As an idol, you are needed to have at least a basic know-how on how to not fall on stage without getting empathy from the public. Don’t go too hard on stage though or you’ll end up being #1 on search rankings.

What? None of the above fits your attributes? Well what can you do then? Not much? You can sing, dance, and have a look above average? Hmm we do need more members so yeah, you’re in! Step #2: Choose a company or label that suits your preferences, or desperate enough to accept you.

A life of a trainee is never easy and glittering. To become famous and successful; hard-work, perseverance, determination, disciplines, pre-debut selfies (so netizens can dig up about your past and mention you in a plastic surgery column), and et cetera are essential.  Unless you have a lot of cash to path your way to stardom, tough and arduous trainee life is the only way.

If you don’t want to take a risk of being a flop or unknown for years, and even be considered as a rookie even-though you’ve made your debut 3 years ago, ply your trade in a big and successful company. Basically, in either one of the “Big 3” made up of SM Entertainment, YG Entertainment, and JYP Entertainment. These giants house some of the biggest names in K-Pop such as DBSK, Girls’ Generation, BIGBANG, 2NE1, Wonder Girls, and 2PM. As for evidence, the newly debuted idol groups, Red Velvet (SME), WINNER (YGE), and iKON (YGE) have found success and already gained a sizable fandom. It’s obvious, in terms of business and man management, these companies can lead you to a successful career. As long as you keep your heads down, stay out of troubles, and persevere a 10-year contract; you’ll be fine. Even though they can back you up if a scandal surfaces, you’ll still ended up as a joke in online boards (among netizens).

If you fail to be scouted from the Big 3, you can still find success in other companies but extra hard work is needed. Jewelry, Brown Eyed Girls, T-ara, SISTAR, and INFINITE are some of the powerhouse in K-Pop, and proved that you don’t need the Big 3 to succeed in this highly competitive industry.

It is a known fact that to become an idol, you need to work hard and even harder to fight other trainees for a spot in CEO’s heart. Talent is not everything here. It’s dedication and determination that will help you prevail. 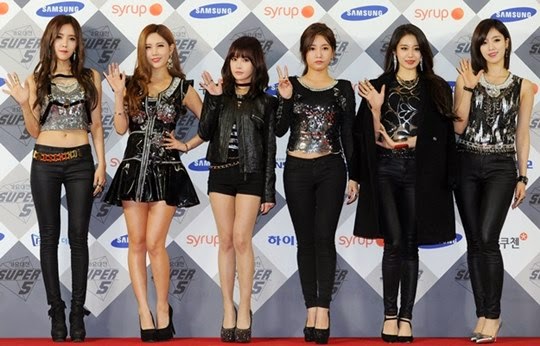 Step #3: Your debut and early stage of your idol career.

Now this is the highlight of your career, making a debut. Do you want to know how does a debut feels like? Just think about your first day at high school, but with more mixed feeling attentions on you. By this time, you are already a credentialed idol (as far as your company’s concern) waiting to make his or her mark on stage. If you are unfortunate, your mark would be on Nate instead. OH SNAP! (pun seriously not intended).

Now, how do you want your debut be like? In a grandiose way? In a hyperglycemia mode? All blonde? You and the girls? Multiple slapstick falls? You choose. Well actually not. Your company will choose it for you. First of all, a debut concept needs to be decided. Nowadays, people go for sexy and risqué concept. Risky but more than enough to garner much and needed attentions. Though as of late, innocent young school girls (happy-go-lucky and yabba dabba doo) concept is trending. GFRIEND, for an example managed to gain a respectable fan-base with that concept. I can’t see them doing some sexy and pop-that-pussy stuff so I believe they will stay that way. Not that it is a bad thing as long as they can still generate profits, right?

As for male idol, what should you do? It’s easy. Dress up well, dance well, try to show them that you are one hell of a charismatic, cool, funny, or anything that can wow the female audiences. Give them some fan-service and congrats, you have your own group of fans. Be grateful if they pair you with fellow members for a OTP (One True Pairing, if you are wondering).

Putting image selling aside, what if you want to showcase your real talent? Singing? Dancing? Acting? Or even modelling? No one is going to hold you back (your employer excluded) so go for it. This is so much better anyways. Public loves real and talented idols. They have something to praise and not something to condemn. Music competition programs like KBS’s Immortal Song 2, MBC’s I Am a Singer, and MBC’s King of Mask Singer can give you an opportunity to showcase your singing and performing talents. These shows have their own fan-bases, and if you do it right, you can gain public recognition in no time. That, is the best thing you can get early in your career. If public knows nothing about you then how would you expect them to love you. Love is powerful but to get that, you need to spread the word love first. 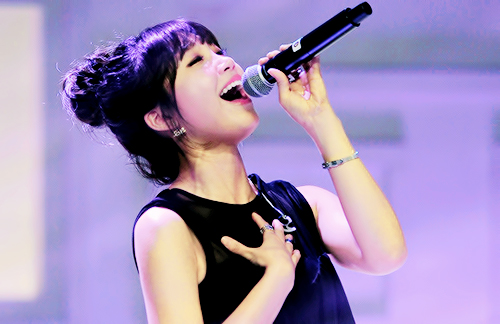 Once you are up there, you should never forget what’s down below. Celebrity disease. Yes, the very bane of any celebrity. This disease is comparable to smoking weed. It feels great but it slowly killing you from inside, and eventually outside. It will only hurts you once everything goes out of control. Once you lose control, there’s no turning back. The word love that you spread out early in your career, is now replaced by the word hatred. Hatred, spawned from your very own wrong-doing. But, what am I bullshitting about now? It doesn’t make any sense right?

Well that is because idols are managed by their company. Schedules come from their company. All proceedings are done by their company. As an idol, you don’t have much freedom so chances are for you to fucked up is small. Huge scandals and controversies only occur when involved subjects or matters are serious, sensitive, critical, and nonsensical. Less popular idol is most probably gets lesser flak but not popular idol. But still, in reality, real scandals and controversies are rare occurring. Most that you read and heard are obvious media play from companies to gain more cheap attentions and recognition (even though if it’s negative) from the public. It’s like flipping a coin. Head, you win. Tail, you lose. But for them, that’s the best odd they can get.

That’s all that I can get to you on how to become an idol, frankly speaking. You can dream to become a successful idol but in reality, it won’t happen overnight. You need to gain traction through relentless training, back-to-back promotion so people won’t forget a rookie like you, promote good songs capped with good music videos, show off your great talents and visuals, and own a good personality to boot. With all the right elements to succeed within your grasp, I bet you are more than ready to become the next best thing in K-Pop. Good luck, and have fun dreaming.