An ‘Idiot’s Guide’ to: The Kim Hyun Joong Scandal

by OneHallyuNoona
in Editorials, Korean Entertainment
24

We have another of those K-Pop stories that just keeps coming back in the news this week with the Kim Hyun Joong scandal back in the headlines. If you haven’t been following this one, it can be especially complicated due to the emotionally charged nature of people on each side of the debate… so here is my ‘Idiot’s Guide’ to catch you up to this point!

The start of the story in the public eye was on the 21st and 22nd of August 2014, when the news hit that an ex-girlfriend (or current girlfriend, depending on the news you read) had filed charges for assault against Kim Hyun Joong of SS501. The accusations were at least enough for the police to need to look into it.

The girlfriend had painted a picture of a typical abusive relationship that had finally gone too far and there was at least enough evidence that assault and battery charges were filed against Kim Hyun Joong.

The web was ablur with speculation and people setting up camps on either side of the issue. Then a leisurely 24 hours later, the agency had clarified the situation and came out with a spectacularly ill-advised official statement in which they admit the girl was his girlfriend, they had known each other for 2 years and had been dating a few months. They also clarified that there had been a verbal argument which had turned physical, but it was a single occurrence and not part of ongoing abuse.

Not the world’s best defence right? It gets better. They went on to admit to him breaking her ribs, but claimed it was accident while they were joking around. I hate it when I accidentally break someone’s ribs don’t you? 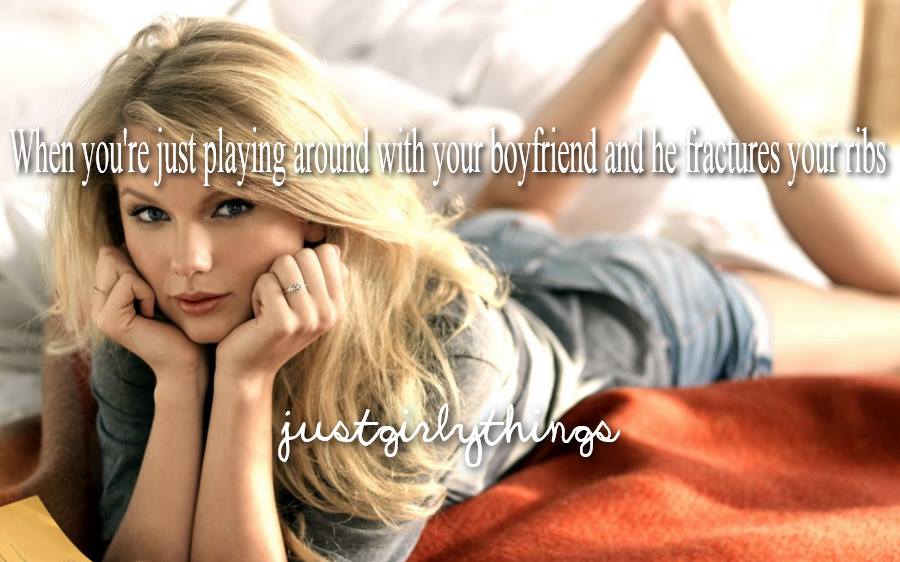 This is when things got messy. Many people were quick to jump onto the bandwagon and throw Hyun Joong under the bus before anything had been decided and just as many fans decided to go the “Oppa wouldn’t do that” route, seemingly ignoring that the statement admitted he at least did something.

The girlfriend (referred to as ‘A’ in the press) released medical records and pictures of her alleged injuries. The internet detectives quickly claimed to have found evidence they were false, misleading or not incriminating.

After the dust settled, the only real facts the public had access to is that the documents were genuine, she admitted to lying in the hospital about how she got injured and while they proved her injury, they alone would not be the sole evidence needed.

Then things got messier

Roll forward to September 15th and the case reared its ugly head again. ‘A’ had apparently agreed to drop all charges in the event he admits wrong doing and apologises.

Lo and behold, an apology appeared. The apology seemed to hint heavily at an admission of at least partial guilt, but stops short of words that could be actually damning.

“Hello, this is Kim Hyun Joong.

I′m really sorry for giving the person I believed and loved for two years a lot of mental and physical pain with this incident. I′m embarrassed at myself for doing something that a man should never do.

Since this incident occurred entirely because of my mistakes, there is no reason for her to be blamed.

I apologize to her once again, and I want to also say sorry to her family and friends.

More than anything, I hope she will accept my apology and forgive me.

With this incident, I′ll work harder to become a better and healthier person.”

After this event the charges were dropped, with the young lady claiming that the apology was sufficient to satisfy her. Unfortunately, the story didn’t end here, as the charge to which he had confessed was passed on to prosecutors for further investigation as her word was no longer enough to end the investigation. The end result was a fine of 5 million Korean Won. (The charges were mitigated by the apology and a settlement figure paid to the victim.) What is interesting is that this result acknowledges a financial sum that the girlfriend had, at best, neglected to mention or, at worst, lied about deliberately.

According the Hyun Joong agency, but not declared at the time, the couple originally reconciled but agreed to go their separate ways at the end of 2014.

So that’s it, right? Case closed, job done and everyone happy? Wrong.

February 2015 brought the announcement that brought this story back into the news when a rumour appeared that the ex-girlfriend  was  10 weeks pregnant.

Most people assumed the pair were broken up during the lawsuit and this was when it came to light they had initially reconciled, with the agency explaining they had actually broken up at the end of the year finally and that Hyun Joong had been made aware of the pregnancy in January.

If the pregnancy was confirmed, the agency says Hyun Joong will take responsibility, but as of February claimed she had refused to provide any confirmation.

Her legal team claimed they have proof and that this had been submitted to Hyun Joong.

His agency then clarified that they were aware, however they wished to confirm the health and well being of the child and unfortunately this had not happened yet.

Rumours then began to circulate that a shotgun wedding would be under way. This is denied by the ex-girlfriend, who also published messages between the two that she feels will explain to people who were wondering why she took him back in the first place if her original claims were true.

We are now into May 2015 and the ex-girlfriend announces that she is filing a lawsuit against netizens for making malicious comments against her and causing her much distress. She also announced the intent to file a 1.6 billion Won lawsuit against Hyun Joong for distress caused and for the pregnancy as well as a suit against his lawyer. Lucky kid ehy?

The miscarriage and enlistment

Still in May 2015 (I know a lot’s happening right?) and confirmation is given that Hyun Joong is due to enlist for the military service on the 12th of the month and everyone is blindsided by a claim from his ex-girlfriend that she had been pregnant before and miscarried due to him.

He and his agency deny this, however admit they did pay a settlement to her in the past when she claimed she was going to spread publicly that he got women pregnant and then made them miscarry with his abuse. Her side claim that that settlement was in fact damages for the injuries she sustained.

May was rounded off with there apparently not being adequate evidence of her original miscarriage and clarification from Hyun Joong’s agency that if the current pregnancy is his child, he will take responsibility but they had yet to receive any proof it was his and that they would pursue this in court.

July 2015 bought further developments to the case, with Kim Hyun Joong counter suing for blackmail, defamation and fraud. There was more ‘he said, she said’ back and forth and the ex-girlfriend ‘clarifying’ her story. Namely she had been pregnant, but the pregnancy had ended very early, she was then pregnant by him again and pressured into an abortion shortly before the assault that began all this. As evidence, she provided an assortment of text messages.

Hyun Joong’s side deny these claims and a further spanner is thrown into the works with the ex claiming that just after he made her get an abortion, she found him naked in bed with a celebrity known as ‘J’ in the press. Actress Jin Se Yeon is accused of being said celebrity, but this proves to be a false accusation.

August brought another lull in the story, when the ex-girlfriend specifically drops charges against Hyun Joong’s lawyer.

September 2015 rolls around – specifically the due date of September 12th. With many people suspecting no birth will happen, an announcement is made that the baby was born some days earlier, and that they need the father’s permission for a paternity test which they haven’t received and so they would be filing a paternity suit. The also stated that as she has no contact with Hyun Joong, they do not know if he knows that the baby was born.

Kim Hyun Joong’s side clarified that as he is enlisted they are not sure if he is aware of the birth, however their stance remains the same and if he is the father he will take responsibility. The lawsuits will continue regardless.

Phew….So that’s the bones of the case for any of you who needed to catch up!

An ‘Idiots Guide’ to: Lip Sync and MR

Girls' Generation have been the focus of a lot of Netizen ire over the past few days. Forums everywhere are abuzz with the shock that they used live MR. Fans have been quick to defend the girls - "everyone uses...

An ‘idiots guide’ to: The EXO drama

Welcome to my first ‘Idiot’s Guide’ post. For this post we will look at a long ongoing issue, but one that has reared its head again this week. In fact for the past few months you have not been...