by Holke
in Featured, Korean Entertainment
0

That’s right! AOMG is coming back to the USA to bring the fire, and they’re doing it big, hitting 8 cities in less than two weeks (WHOA)!

K-hip hop fans all over are rejoicing because this concert tour is bringing Jay Park, DJ Pumkin, Loco, Simon Dominic, and Gray! With this strong lineup, you will definitely want to secure your tickets quickly.

Ticket prices vary by tier and location, but they do offer the following tiers:

For more information regarding ticket pricing and availability, go to the tour website! 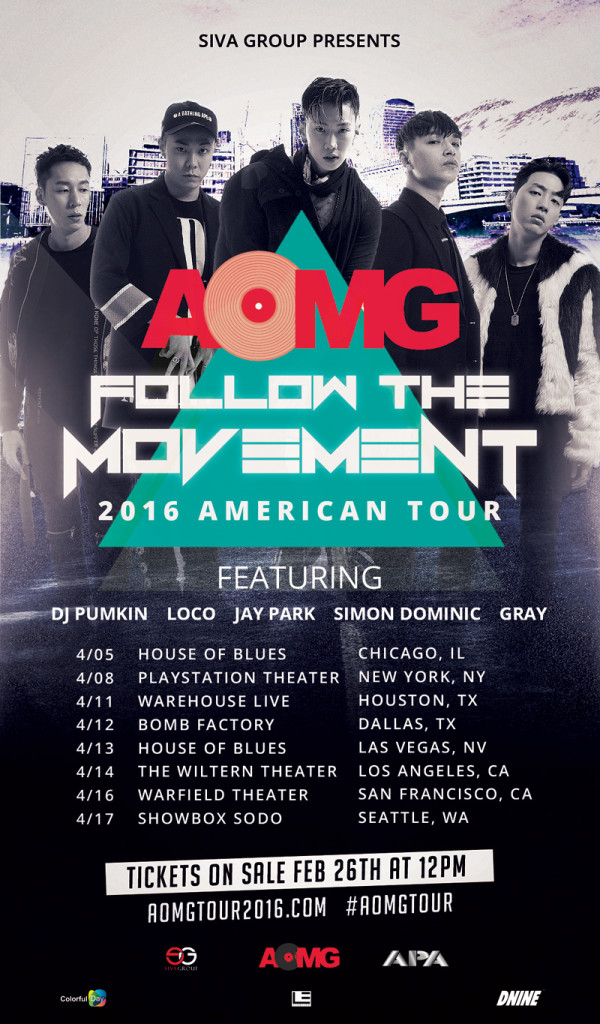 Hailed by Celebmix as “the next mainstream K-pop stars,” GHOST9 (consisting of members Junhyung, Shin, Kangsung, Junseong, Prince, Woojin and Jinwoo) will be meeting fans in four cities across the U.S. Announced today, the tour – “GHOST9 MEET&LIVE TOUR...

IU, once again, is a true force to be reckoned with, catapulting to the top of OH! Chart this week with digital single BBIBBI. We're pretending to be shocked. How the OH! Chart System Works: The chart is divided...