by SLY
in Korean Entertainment
8

From a top student to an amnesiac shopper, Seo In Guk had always been an actor of many faces. Being able to cope and give life to any character given, In Guk rose to prominence with his exceptional acting skills. Let’s get to know Yoon Jae or Louis more and his most notable works as we give the Artist Spotlight to Seo In Guk!

In contrary to viewers’ belief that Seo In Guk had always been an actor, he actually debuted as a singer before venturing into television. He first came to the show business after winning the 1st season of Mnet’s Superstar K. He signed with Jellyfish Entertainment and debuted with “Calling”.

Consequently, because of his Superstar K popularity as well as the success of his début, he was awarded with 2010 Cyworld Digital Music Awards’ Best New Male Artist.

In 3 years, he was only active in the music industry, releasing 6 singles namely “Run To Me”, “I Love U”, “My Baby U”, “Take”, “Broken”, and “Shake It Up”. After being only active as a musician, inclusive of all the full-scale promotions, Seo In Guk went out of his comfort zone and ventured into acting. In 2012, he started his colorful acting career that walked to the flower path. 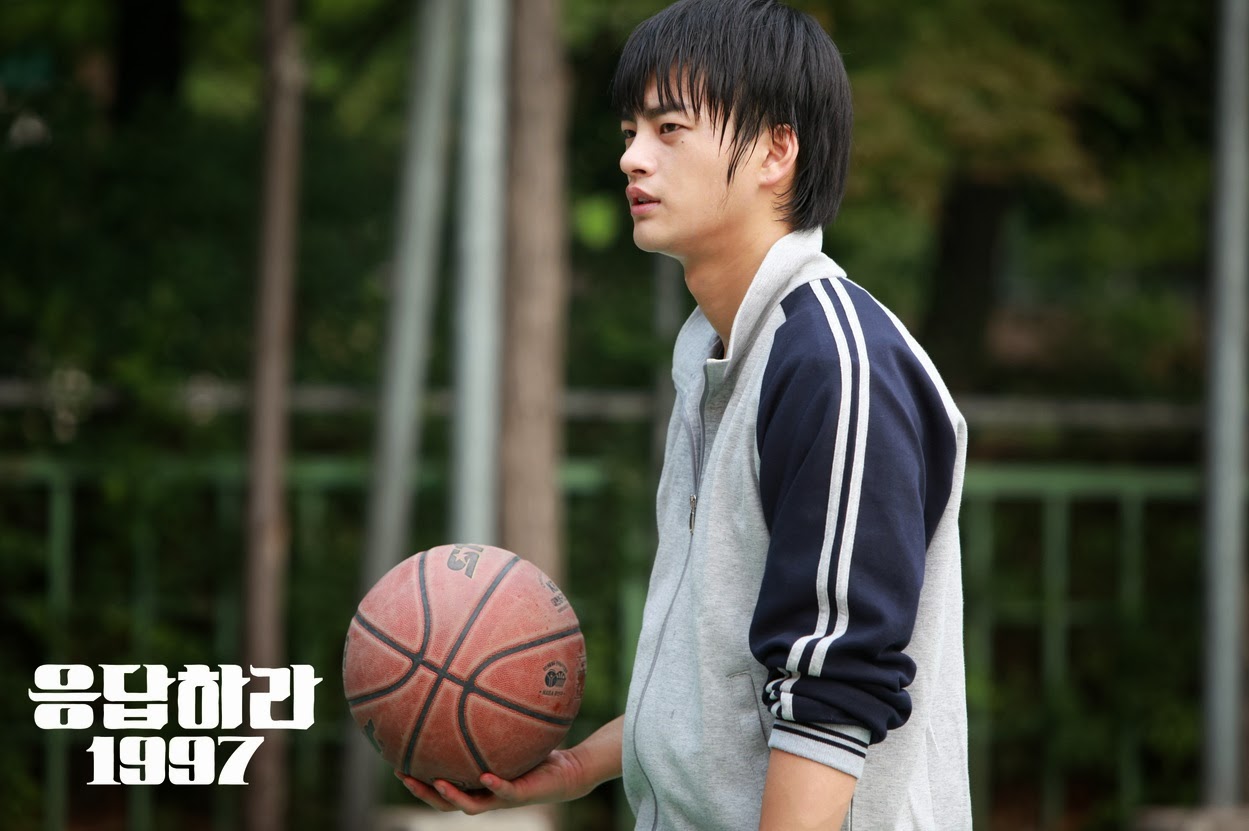 Probably the project that catapulted Seo In Guk into the limelight is the massive hit TvN drama “Reply 1997”. Along with Seo In Guk, the drama also starred Jung Eunji and Lee Howon. He played the role of Yoon Yoon Jae, the boy next door who happens to also be the first place in class. In this drama, he lives with his brother, and grew up without parents. He will have romance with Jung Eunji’s character but will be triangle-ed by a very unexpected competitor. Yoonjae will also receive surprising confessions from the people he expect the least! 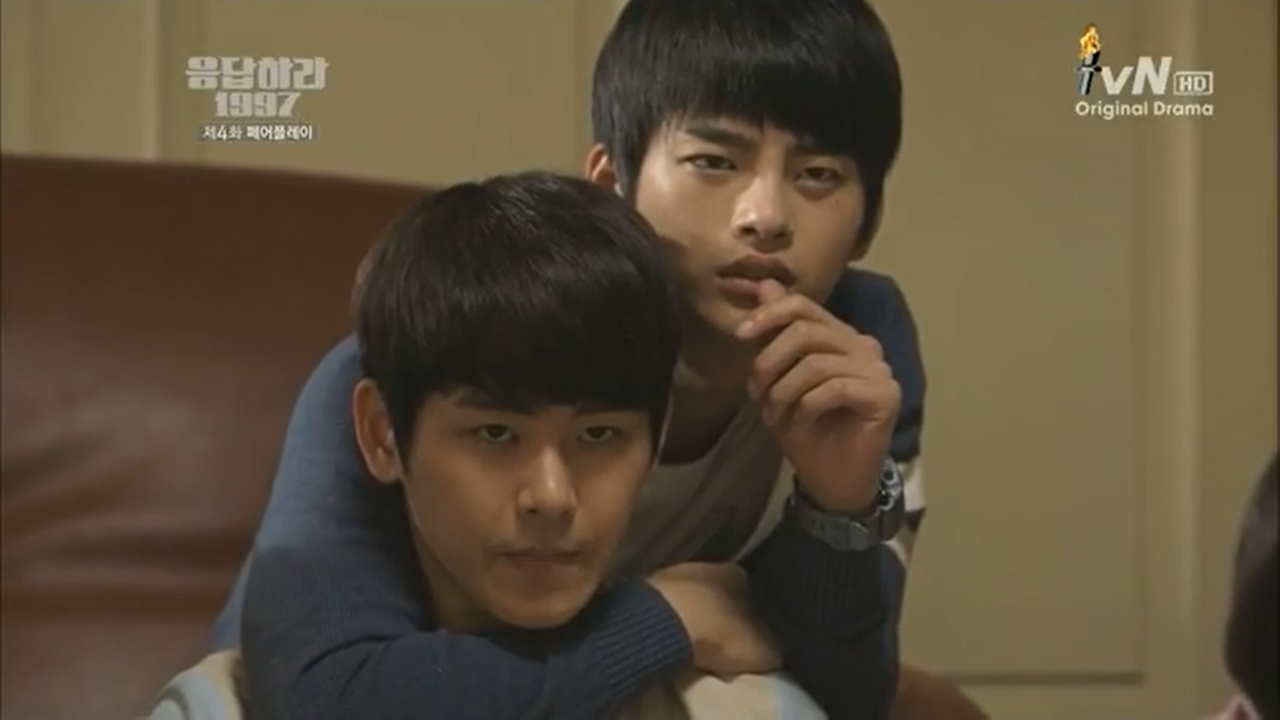 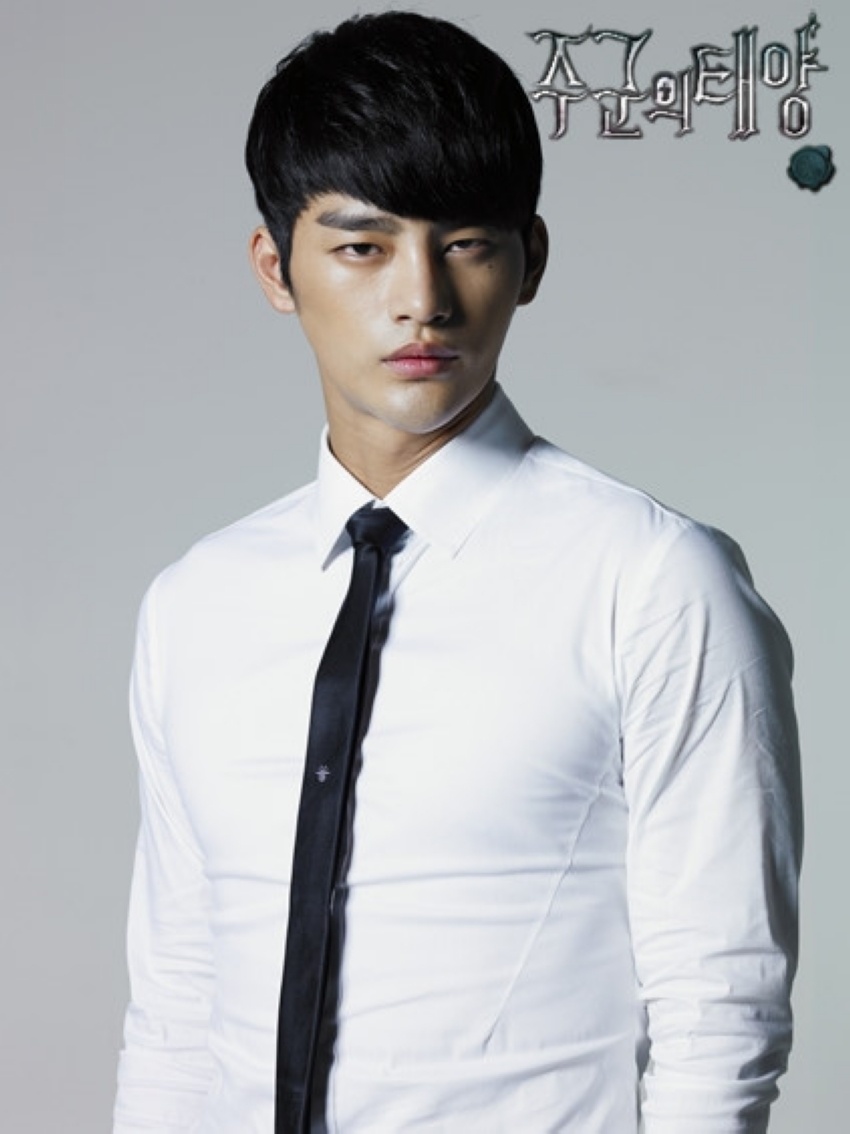 Seo In Guk began to star alongside huge and respected actors in the 2013 SBS drama “The Master’s Sun”. The drama is top billed by Gong Hyojin and So Jisub, with Seo In Guk as the second male lead. He portrayed the role of Kang Woo, a former soldier who became the security head of the shopping mall owned by So Jisub’s character. He will also find himself, tangled in romance with his neighbor, Gong Hyojin’s character. Kang Woo may be cold, but inside, he is caring and has a warm heart. 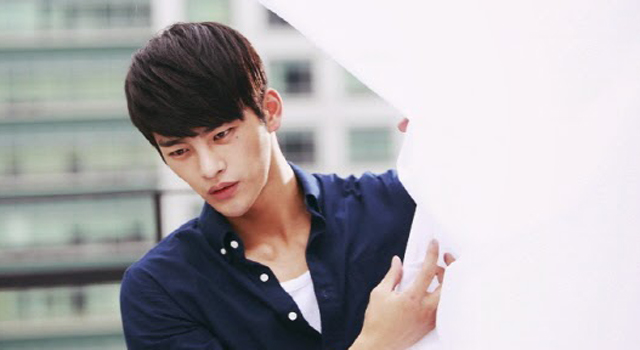 If I would have a neighbor as handsome as Seo In Guk running through blankets like that? I will never get tired of washing them every day! 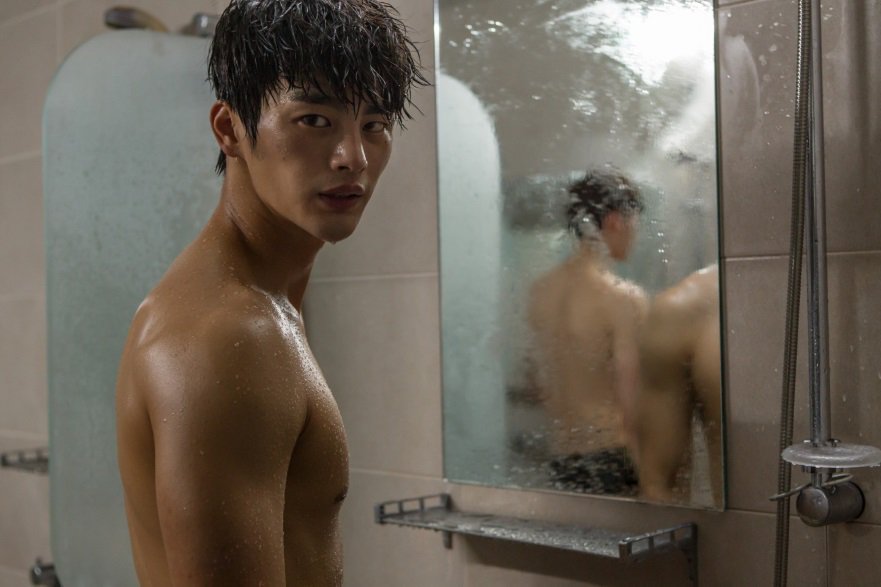 Oh, I’m sorry if the picture took you by surprise! Seo Inguk is drenched wet in his first ever movie, No Breathing. After enjoying popularity through dramas, Seo In Guk now ventured into the silver screen! He played the role of Joo Won Il, a swimming gold medalist who quit swimming because of a series of unfortunate events. Realizing his dream, he pursued to swim and he did what it takes to be the swimming champion that he is. 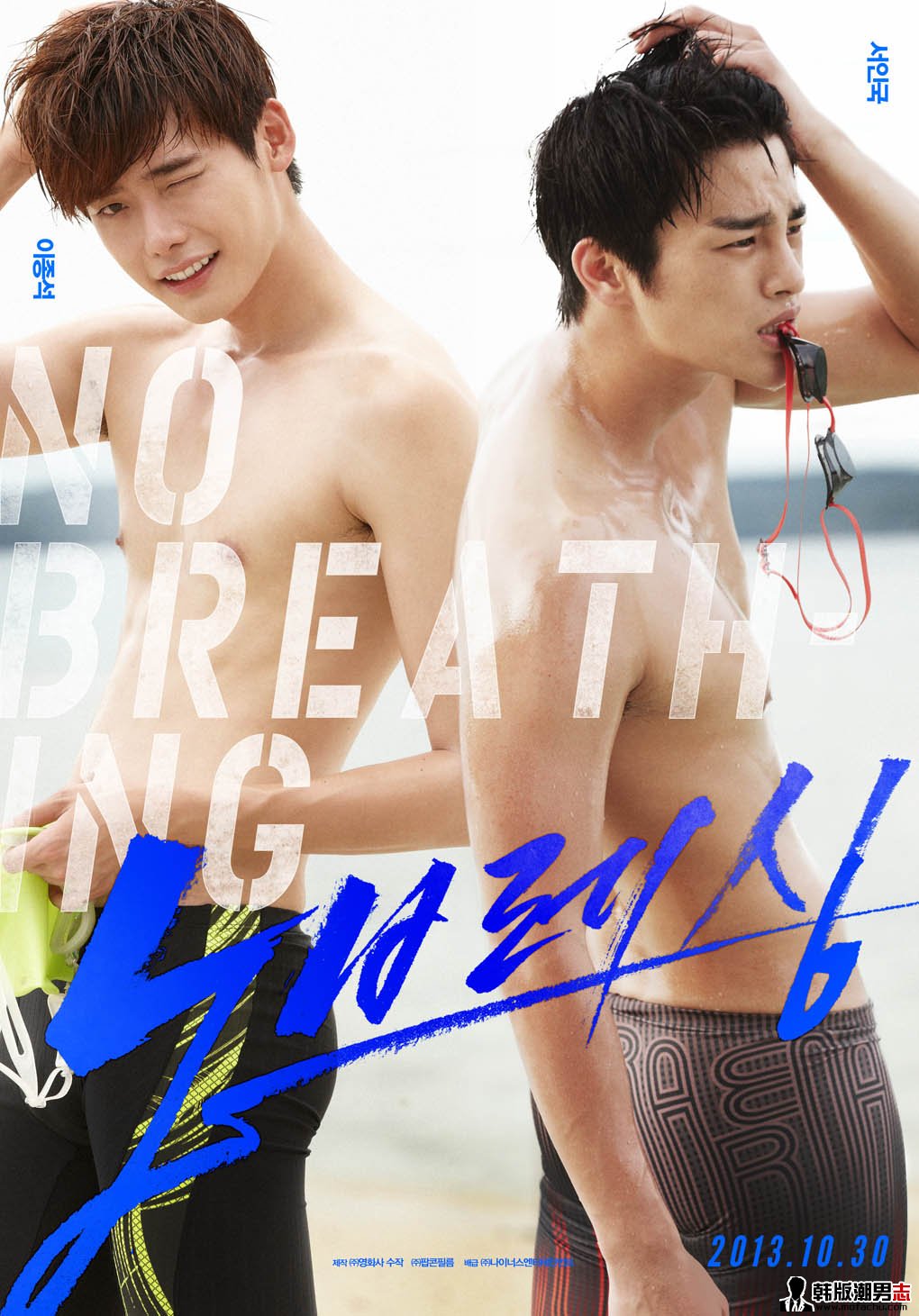 Oh, sorry again for that abrupt appearance of an offensive photo! Along with Seo In Guk, the other main star of the movie is actor Lee Jong Suk. He played the character of Jung Woosang, the rival of Jo Won Il. Although they were coined as “rivals”, the two main characters became friends and showed a great amount of bromance throughout the whole movie.

Lee Minseok, a student and Lee Hyungseok, a businessman 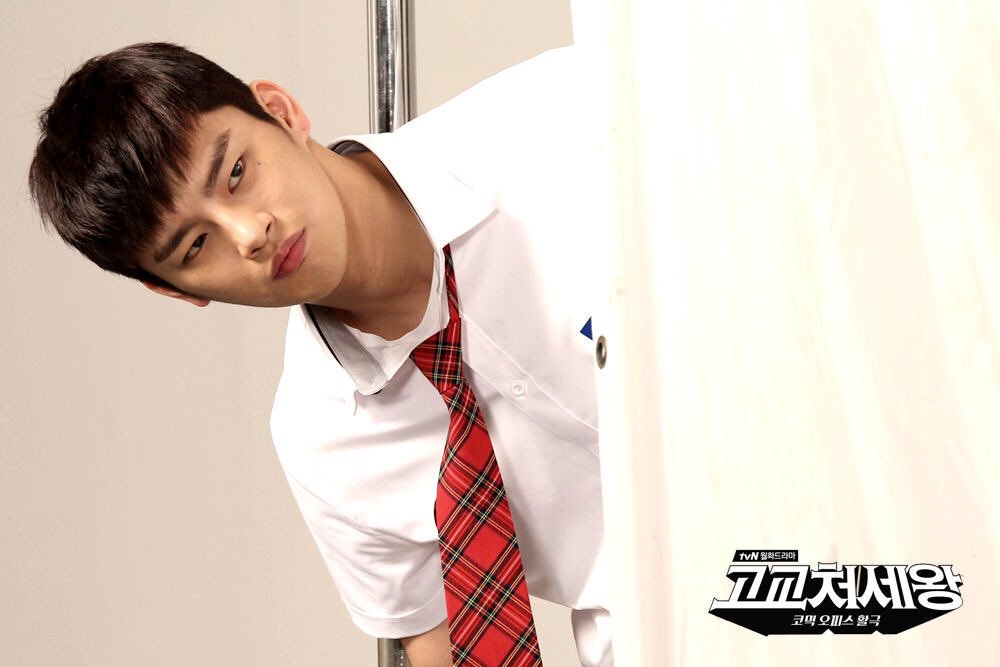 In 2013, he was a soldier, and in 2014, he jumped years younger and became a high school student! In Guk starred in his first dual role in the TvN drama, High School King of Savvy. There he portrayed two roles. First is Lee Minseok, a high school student and a hockey player. And second is Lee Hyungseok, an executive in a large company. Due to some reasons, Lee Minseok is forced to act as Lee Hyungseok in the company, thus, living a not-so-ordinary high school life. 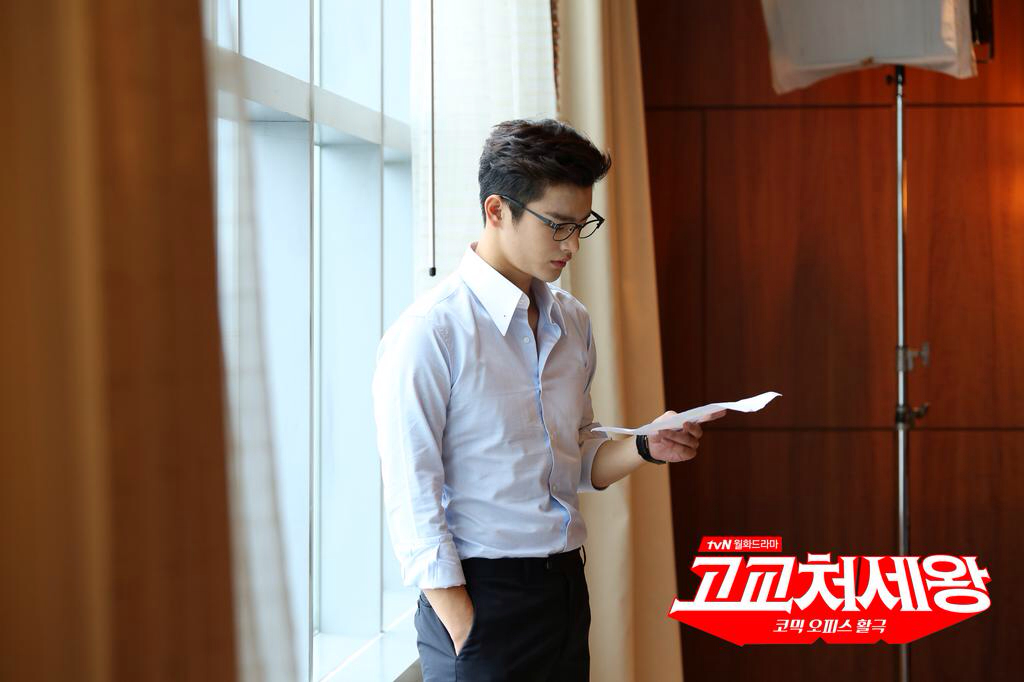 Extraordinary how Seo In Guk looks convincing in both a high school student and a company executive! What an amazing actor he is! 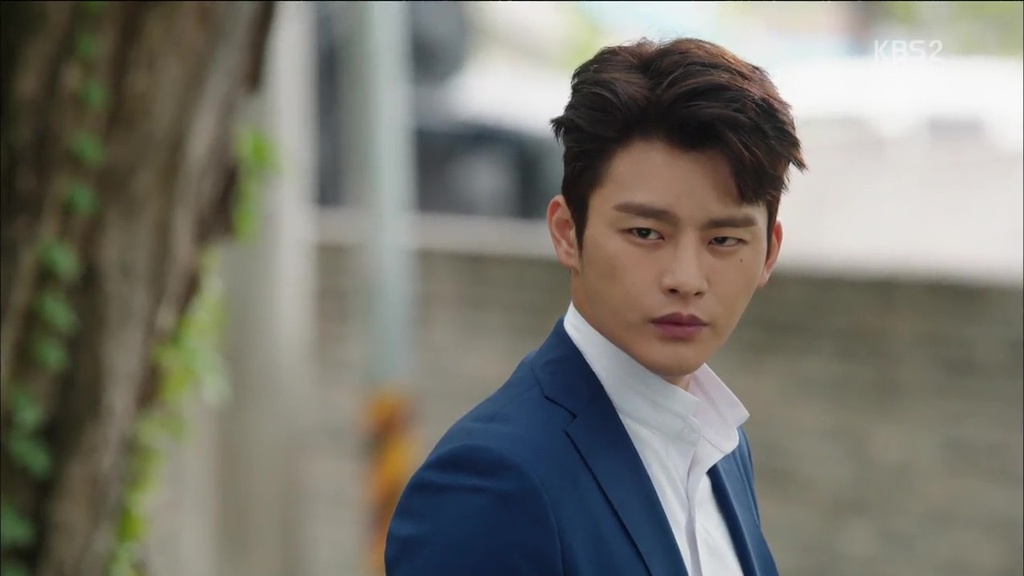 Hands down, my personal bet for the “Best K-Drama Ever” title. Hello Monster as a drama is just too good to be true. Seo In Guk played the role of genius profiler Lee Hyun who lost his childhood memories and came back from overseas to Korea to answer the questions in his mind. At a very young age, Lee Hyun lost his father, a police, and had his younger brother separated from him. It’s all because of Lee Joon Young, one of the criminals his father caught in the past, and he is now looking for the culprit with the hopes of finding his brother as well. He will become an ally of the police and along with Jang Nara’s character, they will solve crimes and pursue justice. 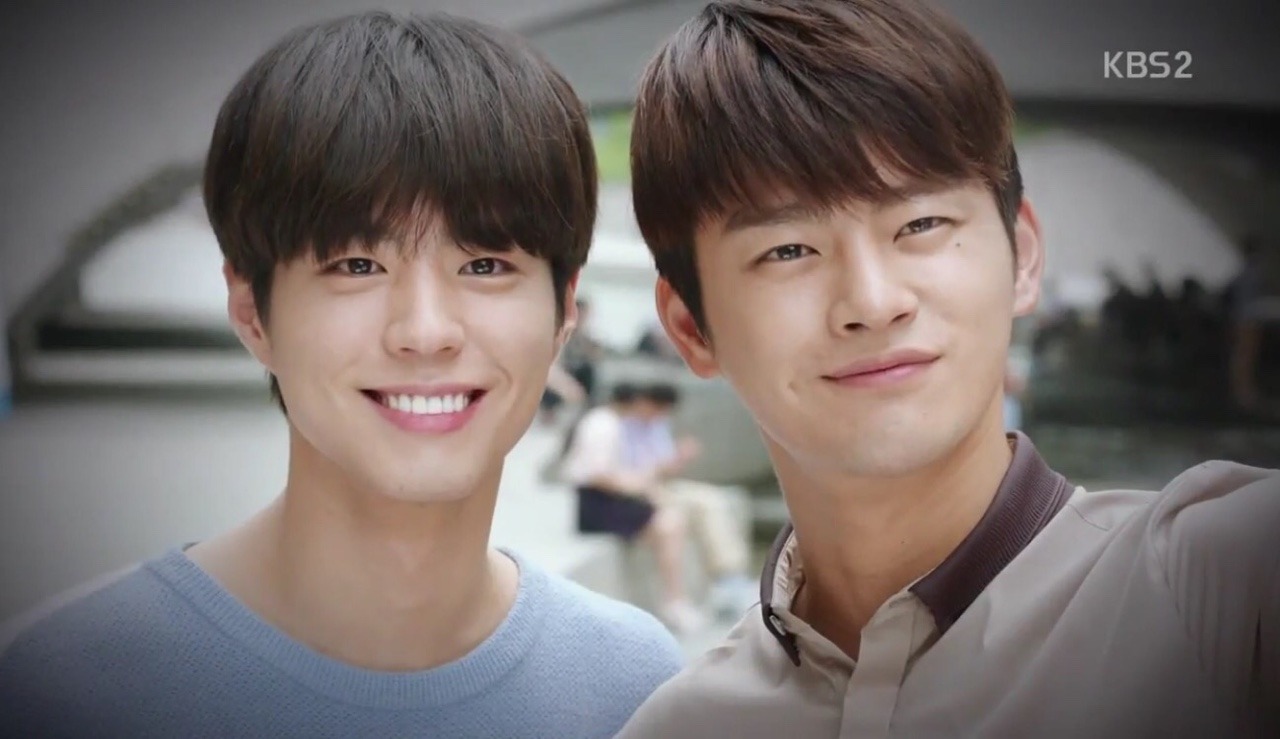 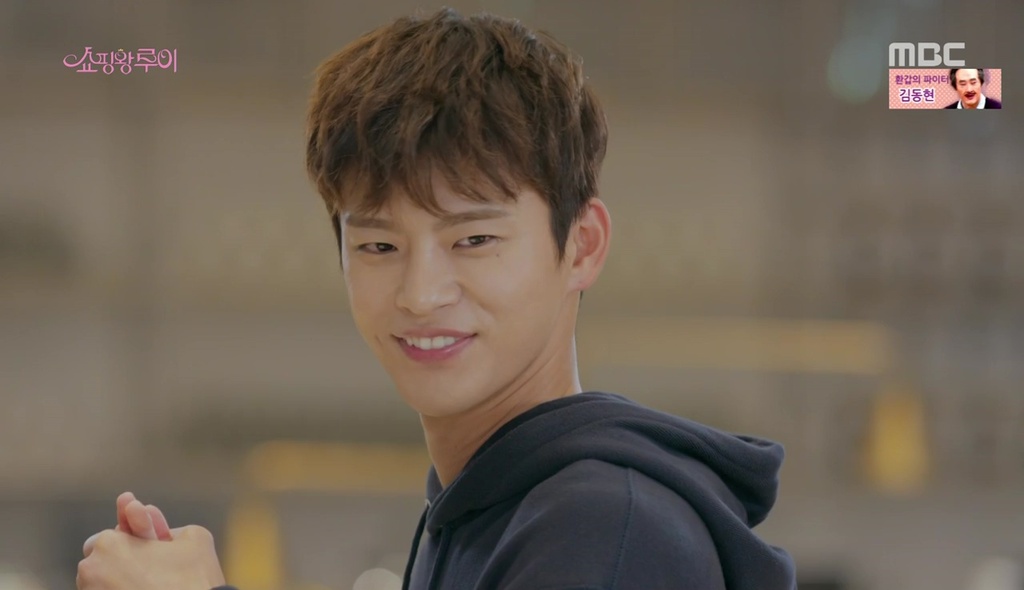 Although I have mentioned earlier that I think Hello Monster is the best drama, Seo In Guk’s character in Shopping King Louis is certainly my most favorite. Just like what the title suggested, he is Louis or Kang Ji Sung, a shopaholic heir. He is from a very rich family, the heir of a very huge company, that lives in an almost-kingdom like mansion in France. He lost his parents and his only family left is his grandmother in Korea. One day, as he traveled to Korea to meet his grandma, series of events ultimately caused Louis to lose his memory and open his eyes not as a rich heir but as a beggar. Right then, Nam Jihyun’s character spotted the amnesiac Louis wearing his missing brother’s jacket, causing their fates to be intertwined as they develop romance and sparks. 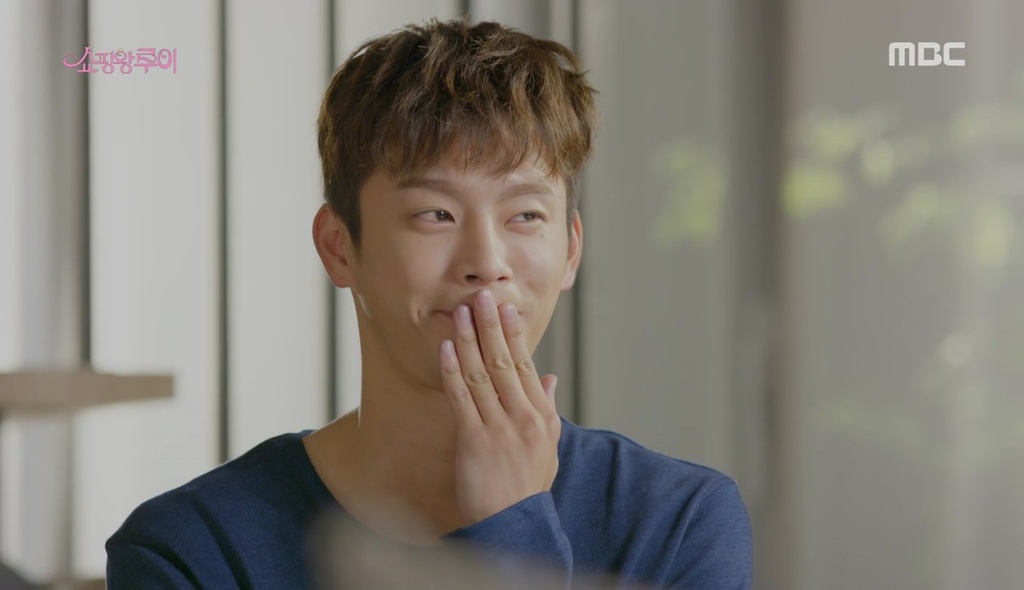 Shopping King Louis is just perfect in every aspect. The comedy in the drama never loses its flavor and continuously served A+ humor. In this drama, Seo In Guk became known for his puppy-like cute acting. Amazing how he can act like a chaebol, a profiler, and now a cute little ball of sunshine who doesn’t have any memory!

Seo In Guk is indeed a very charming and talented artist. Not only in music is he superb, but also in acting. First seeing him in Reply 1997, he constantly became one of my most favorite actors! Make sure to check out his other works as well! Let’s finish his Artist Spotlight with one of Seo In Guk’s best songs, BeBe.

I'm not really sure what spurred tvN to adapt the nearly two decades old Japanese television series Hundred Million Stars From the Sky into a K-Drama of the title The Smile Has Left Your Eyes, a work that borrows...