Thanks to the folks over at Platinum K Shows, OneHallyu had the pleasure of enjoying the Beenzino North American Tour 2015 in San Francisco and Dallas. We sent three of our staff members and we’re excited to share our recaps of each stop, starting with 3 Fangirls, 2 Nights, 1 Beenzino: Part 1, our San Francisco experience.

As Kpop grows more and more popular worldwide, more and more Korean acts are branching out and performing all over the world. The Hallyu Wave is not limited to idol groups however, korean indie acts such as Glen Check and No Brain have been featured at SXSW festival in Austin, Texas. Keith Ape had a break-out this year with his hit “It G Ma”. And kpop super star CL is teaming up with Skrillex and Diplo to prepare for her US debut next year.  Following his peers, Korean Rapper Beenzino set out on his North American tour, visiting 5 cities to eager fans. This is not his first time visiting the US, he had previously visited the US in 2014 to perform two shows during his “Up All Night Tour” and he has also performed for numerous festivals. Even though he is no rookie to performing in the US, this has been his most ambitious tour of the US. 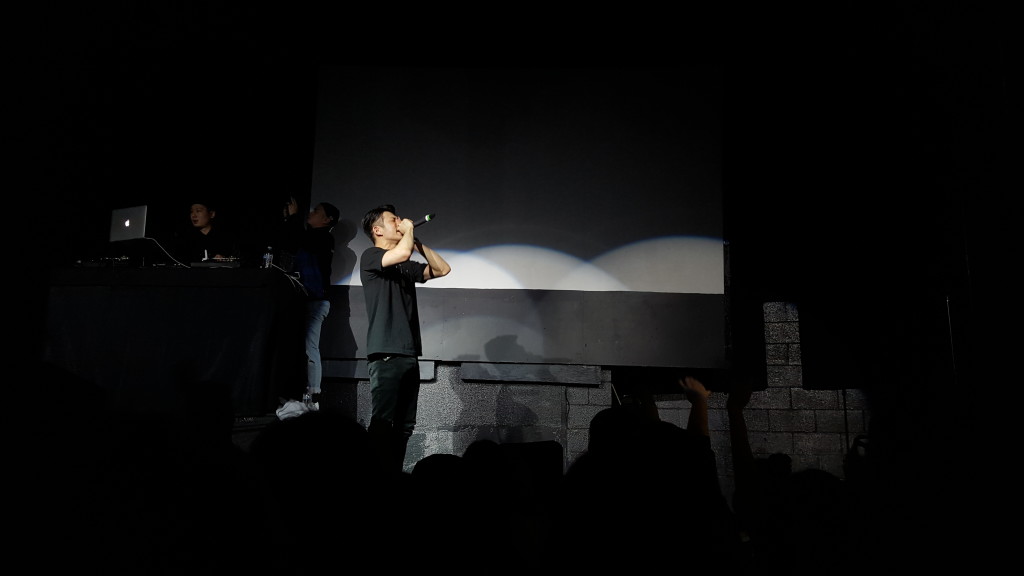 When I arrived to the show, I was surprised at the sheer amount of Koreans. San Francisco is not known for its Korean population, yet it seemed like every korean in the bay area had turned up to see the rapper. However, there were people of every race in the audience, buzzing and anticipating his entrance. The venue was really neat, a little club tucked away in an otherwise quiet section of the city. We arrived about an hour before the set was scheduled to start, and people who had purchased their VIP tickets were already queued up facing the stage, eager to make sure they can get the best seats. Slowly but surely the crowd trickled in until the whole room was almost full. About 15 minutes before show time, Producer Shimmytwice stepped on stage to DJ and the crowd was excited. Shimmytwice is one half of the duo Jazzyfact, whose other half is none other than Beenzino himself. Jazzyfact debuted in 2010 and occasionally still collaborate for performances or music festivals. Shimmytwice did a great job getting the crowd pumped as everyone waited for Beenzino to come on.

A little before 8pm, Shimmytwice dropped a familiar beat, Beenzino’s “I Don’t Have to Work”, an instrumental track off his Up All Night Album. Shimmytwice then transitioned into one of Beenzino’s more provocative songs, called Jackson Pollack Dick, and the crowd went absolutely nuts. Suddenly, a familiar voice filled the venue as Beenzino began rapping from backstage. After a the first verse, he finally made his appearance on stage. My first impression of him was that he was much taller than I expected. And my second impression was that his charisma is no joke. There were some technical difficulties during that first song and he actually had to start it over, but he handled it very smoothly.

Throughout the set, Beenzino took breaks to address the crowd in fluent Korean and English. All the more impressive were the non-korean audience members rapping along to every lyrics without missing beat. The scope of his set was really broad, performing everything from his pre-solo days work with Jazzy fact to his rap features in the songs Born Hater by Epik High  and 연결고리 (YGGR) from Illionaire Records. He routinely asked the crowd what they wanted to hear, and the popular answers were his breakout hit “Aquaman”, his popular underground track “Up All Night” and old classics like “Boogie On & On”, eventually performing all of these. About halfway through the set, he treated the audience to a never before heard song from his new upcoming album. The song features an electronic, almost disco-esque tropical beat and it talks about the excitement of going out on a Saturday Night.  Personally the highlight of the night was seeing him perform his new single “Break”, which features really fast paced, impressive flow and Beenzino executed it perfectly live, breathing new life into the song. A little after 2 hours into his set, Beenzino announced it would be his last song where he performed fan favorite Aquaman, driving the crowd into a frenzy. However, this was far from his last song. He returned for an encore and played no less than 6 or 7 more songs, delighting the crowd. He ended the concert on a melancholy note with his bonus track from 24:26, “Always Awake.”

Throughout the show, Beenzino and his crew threw out an assortment of different colored T-shirts featuring the album artwork for his “Break” single, tour poster, and much to the delight of the female fans: towels soaked in his sweat. Throughout the show, he joked around with the crowd and even jabbed with a male fan who demanded Beenzino to freestyle. His set ended up being around 3 hours long, but he never lost his steam. The show was incredibly energetic, despite being very minimalistic from a performance standpoint, which almost no stage props or lighting, but Beenzino was able to fully captivate the audience and fill the stage without relying on fancy props and effects, which I found very impressive. 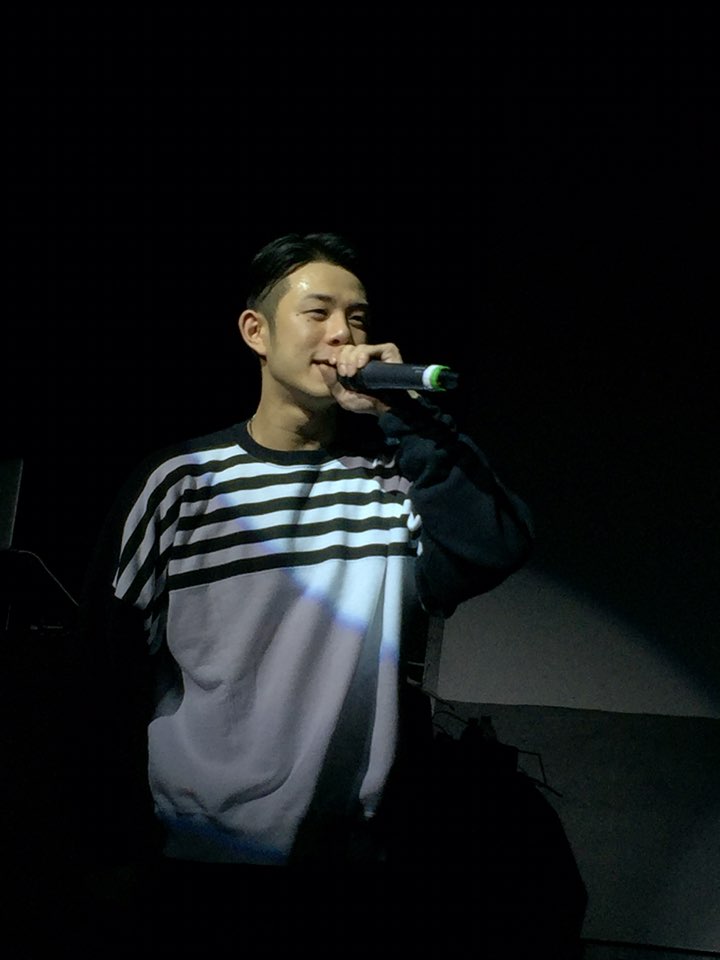 Did you happen to catch one of the concerts? Let us know in the comments!

Also, be sure to check out the full San Francisco show gallery on our Facebook (and follow us, of course)! Go, go!