The Big Three: A Close Look at the Most Powerful Names in K-Pop

by starsocks
in Korean Entertainment
0

The South Korean music industry has given birth to plenty of record labels that all experience varying degrees of success. The established ones come to host many popular artists, whereas many labels fail to put forth just one popular act in the saturated market of Korean pop. However, three iconic companies have managed to stand out amongst all the rest. SM Entertainment, YG Entertainment and JYP Entertainment all brought something special to the table, and as a result, they’ve come to be known as “The Big Three.” 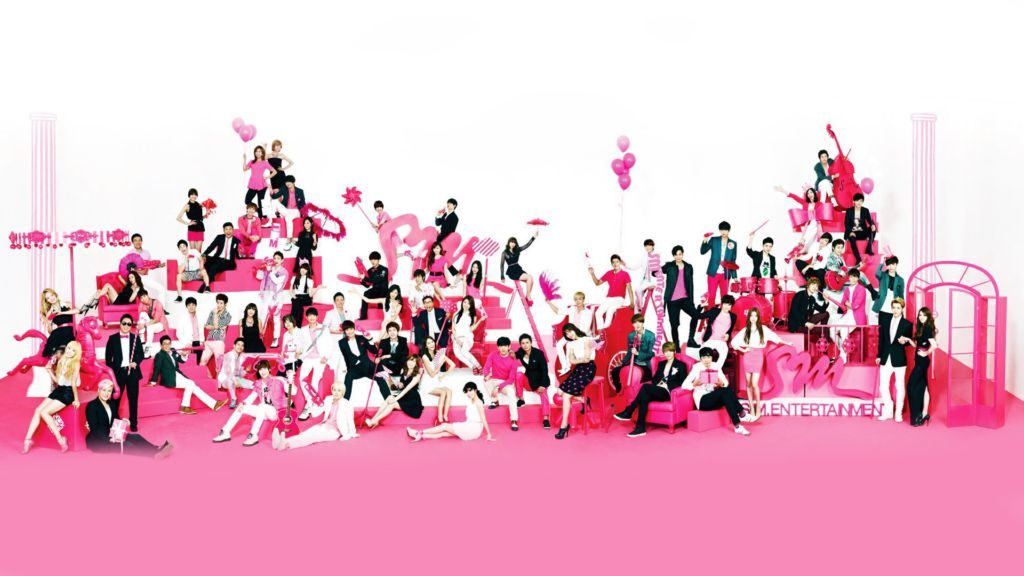 SM Entertainment (founded by Lee Soo-Man) is universally accepted as the most successful record label in South Korea, and perhaps one of the most controversial too. SM appears to embody what many people associate with K-pop, the incredibly harsh, superficial side of the market.

First and foremost, when you think SM, you think, “visuals.” The company is known for prioritizing looks above all else and having the most incredibly attractive cohort of idols. Supposedly, the vast majority of SM artists are chosen through scouting rather than auditions and chosen for their appearance, rather than their talent. This means that most of the idols are handpicked for their looks and have little to no talent or experience to begin with. But for SM, anyone good looking enough is worth investing in. The company’s in-house motto, “talent can be taught,” is testament to this.

SM Entertainment is shrouded in controversy and is always a hot issue. Time after time, SM have been heavily criticized for their “slave contracts;” contracts that bind artists to the company for a great number of years. Furthermore, many ex-SM artists are rumored to have been blacklisted from music shows by their old label, and current SM artists have released statements on social media expressing discontent regarding their treatment at the hands of the record label.

Despite this, SM Entertainment has many good attributes which allows the company to thrive. The label takes many bold and often bizarre risks which usually result in new trends. This may very be why SM is known for releasing songs that sound a little kooky at first, but turn out to be catchy ear-worms.

However you feel about some of the label’s more questionable actions, whatever SM is doing seems to be working, because they’re still as successful as ever. In fact, SM Entertainment is credited with being a key part of globalizing K-pop with their impressive entourage of superstars. This is likely due to the company’s systematic approach to producing artists and music; handpicking the most conventionally attractive people in the country, capitalizing on overseas music trends and styling their singers to the T. Everything about SM has a rhyme and a reason, and that’s the way it’s always been. Supposedly, life isn’t always easy for the artists of SM Entertainment, but they’re almost guaranteed to make it big.

SNSD, Red Velvet, EXO, SHINEE and BOA are just a few of the huge names under the company. 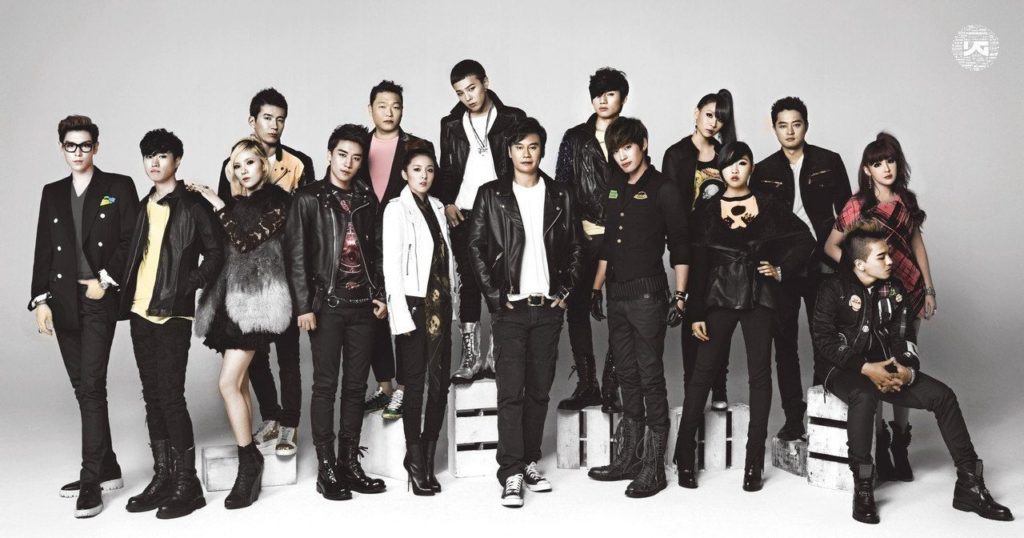 YG Entertainment’s reputation is almost the opposite of SM’s. They’re renowned for their innovation, their musical integrity, and artistic freedom. YG are considered to have their own trademark style and unique colour; when their artists perform, you immediately know to which record label they belong.

Founded by Yang Hyun Suk, YG Entertainment is strongly associated with both hip-hop and R&B, as a matter of fact, many claim that YG “brought hip-hop to K-pop.” This signature style is ingrained into artists during training, but they’re still given room to explore musically and have the opportunity to continue this after debut. But achieving that debut can often take a while, as YG trainees tend to experience many years of training before they debut. Subsequently, many refer to the company as “the dungeon.” However, the long training period of their artists typically results in highly skilled and passionate singers. Many YG artists participate in song composition and lyric writing, which is especially great as “idol participation” is very trendy right now. As opposed to many other South Korean labels, YG tries to keep their sound authentic, and this is obvious through their unconventional approach to artist development.

However, YG is also notorious for promoting their artists poorly. Whilst most acts from big companies can be seen on a number of variety shows and music shows, YG artists are often a no-show. However, YG is slowly but surely improving how they promote their artists. Overall, YG is widely considered SM Entertainment’s biggest competition, despite their contrasting management styles.

YG is home to many successful artists such as BLACKPINK, Big Bang, iKon, WINNER, and Akdong Musician.

Until recently, JYP was considered to be rapidly slipping out of the ranks of the big three. And although the competition is still largely between YG and SM, most now consider JYP to hold a secure spot among South Korea’s top record labels.

JYP was founded by producer and singer Park Jin-Young, which after a close look, becomes very obvious. This is due to the fact that the vast majority of the artists’ title tracks are produced by Park Jin-Young himself. Park Jin-Young is also known for being very close and involved with his trainees and artists, particularly those who have been with the company for a long time. However, many people believe that Park Jin-Young playing such an active role in the company may not always be such a good thing, as they theorize that his tracks may not always be the preferable options for title tracks but are chosen by the JYP staff anyway.

If SM and YG’s approaches are on opposite ends of the spectrum, then JYP is probably somewhere in the middle. Talent is required, but looks are important too. Something unique about JYP is that they’ve really embraced a large number of foreign idols. From the biracial it-girl Jeon Somi to the charismatic Jackson Wang of GOT7, JYP boasts a great number of foreigners compared to many other record labels. As a result, they’ve garnered quite the global audience and make a considerable effort to cater for their international fans.

Twice, GOT7, Jeon Somi, miss A, Day6 and Sunmi are some of the acts currently part of the “JYP Nation.”

SM, YG, and JYP are age-old rivals and the competition between these three record labels is always intense. However, nobody’s spot is safe and the rapidly expanding market means that another label could claim the coveted title of a “Big Three Company” any day now.

Boy group iKON is leaving YG. YG Entertainment issued an official statement on the 30th, saying, "After long discussions with iKON members about future activities, we respect each other's opinions and terminate the exclusive contract upon expiration of the...

‘GOT the beat’ to Comeback with a New Single January 2023

The group ‘GOT the beat’ heats up the new year with a new release  According to Spotify News on the 23rd, GOT the beat will release a new song in January 2023 GOT the beat is a project girl...