by Hemlock
in Chinese Entertainment, Editorials
0

Official Sites
Facebook
Soundcloud
Twitter
Bandcamp
Go Chic is an electropop group which started in Taipei, current members are Sonia Lai (賴思勻), Ariel Zheng (鄭思齊), Sarah Wen (溫一珊). All three graduated from the same high school and hooked up in 2007. This new band hit the scene with brightly colored tights and short shorts, laughing and joking with the crowd as they pumped out raw, catchy, electro-pop.
Since then, Go Chic has lost a couple of members, gained a male drummer-Winston Li (李昀璁), and graduated to silver tutus and a coveted place as one of Nike’s top 10 Taiwanese bands for the company’s NIKE SPORTSWEAR NIGHT PARTY. They’ve played with such notable acts as Peaches, Vicarious Bliss (Ed Banger FR), Dandi Wind (CA), Shitdisco (Dim Mak UK), Death Is Not My Aim (JP), etc., and are currently active in Taiwan playing various festivals and venues. Source
Here’s a good video of them introducing themselves and the band:

Clap it for the Heartbreakers! 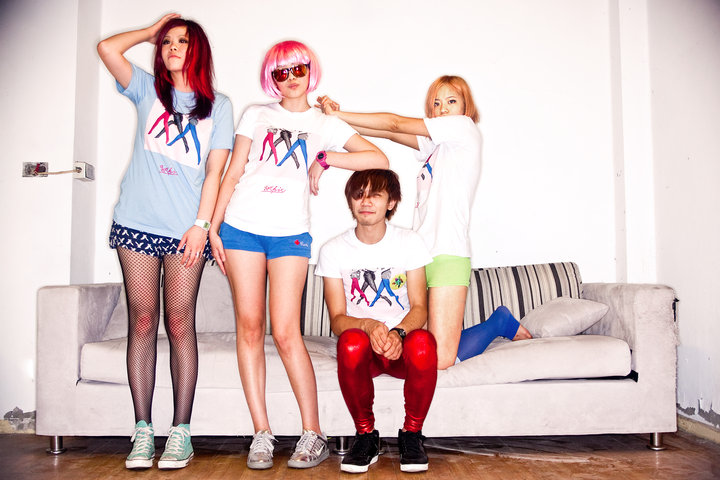 Wrapup
Here is something different that I don’t think people expected. First of all, yes Go Chic sings completely in English but they are from Taiwan so it still fits. They are a fun change of pace type of artist to mix in with the other Cpop acts that I have been featuring. On their Facebook About Me section it says “Fuck sad songs and slow jams, this is Go Chic”. I think that pretty much sums up Go Chic. Their music is about having fun and it’s what they are known for.
They have released two albums so far: “I Am Confused” and their sophomore album “We Ain’t Home”. Go Chic have more of a rock sound for their debut album while “We Ain’t Home” features a much more electronic sound. I think this change was for the best. It fits them and their attitudes more. It was an improvement and earned them two nominations in this year’s 2014 Golden Indie Music Awards. One is for Best Electronic Album for “We Ain’t Home” and one is for Best Electronic Single for “City Slickers’ Night Pressure”.
So check them out if you want something different. They have some good songs but also some songs that are a little out there. Listen to their song PSD, which stands for Pop Suck Dick, for some lulz lyrics.
Tags: cpop artist of the weekGo Chic
Share130Tweet81