by Darkchao45
in Japanese Entertainment
2

Would you stare into the eyes of the man who killed the sun, which is named the moon?

Casshern Sins is the re-imagined version of the 1973 show Neo-Human Casshernby Tatsunoko. I must warn this anime has a lot of violence so please be weary of that.

The world of Casshern Sins is a dark one. Begin to imagine a world where all life, natural and man-made was subject to die little by little. Everyone you love, young or old was dying a slow and abnormal death. This type of death has a name, it’s called the Ruin. The cause for this is a single man, a man named Casshern. Casshern is a robot with no memory of his past. Other robots seeking to gain his power are always hunting him. For reasons unknown to him, he alone is immortal in the world, unaffected by the Ruin plaguing both humans and robots. The one thing he is able to learn from these encounters is that he is responsible for starting the Ruin in the first place. Despised by everyone he meets, he wanders the death-filled wasteland in search of the truth behind his actions. Casshern meets a girl named Lyuze in his travels. Seeking revenge on Casshern for her sister’s death, she ends up joining Casshern in his travels. Lyuze can be a confusing character at times. She can be nice but malevolent at the same time. Her grudge against Casshern lasts for a little over half of the series so she is always wary of him, never completely opening up. During his travels, he also meets Ringo and Friender. Both are recurring characters and shape Casshern’s character throughout the anime. Ringo is a small girl who is always cheerful and seemingly unaware of the state the world is in. She is always glad to see Casshern and cares for him and just about anyone, she meets. Friender is a robot dog who stayed with a robot community that peacefully accepted the idea of death, Friender himself does not display any signs of deterioration. After Casshern causes a certain incident after going berserk, Friender cautiously follows him, eventually trusting him. He primarily intervenes to stop Casshern whenever he goes berserk. 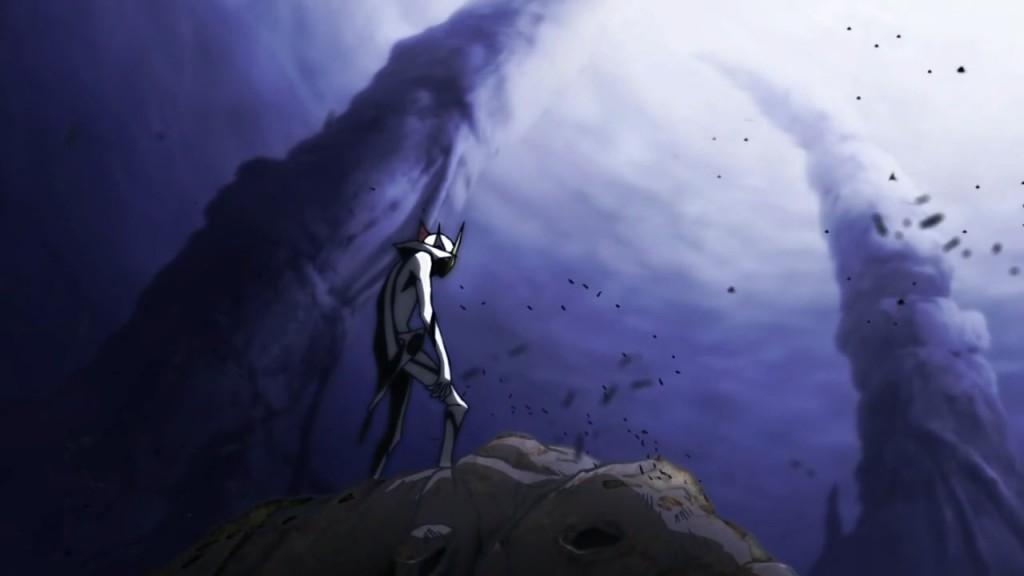 I will make this simple; Casshern Sins is not for everyone. Patience is a virtue; there is a lot of wandering, and I am being very serious when I say that. Casshern follows no set path, simply drifting from place to place, meeting various groups of humans, robots, or mixes of both. Each individual or group Casshern finds has their own ideas of how to live their lives with the shadow of death looming over their heads. There is some minor plot advancement in the background of most episodes, but it is present mainly to serve as framework for the series to drape examinations of life under the Ruin. I was very impressed by the character development. As the characters interact, the already painting-like animation will take on many different colors, more concerned with emotional aesthetics than continuity. For example, in one shot, a field of flowers; in the next, a barren wasteland. Even as characters return to a previously visited landmark, it is common for the landscape to have shifted and changed colors to reflect the characters moods. A touch of a soft, glowing filter adds an ethereal touch that makes the series feel almost like a fairy tale. The result of these techniques is that the viewer is transported into a world filled with despair, regret, and even a bit of hope, sympathizing with the characters’ plight. The way the show works really makes you identify with them. 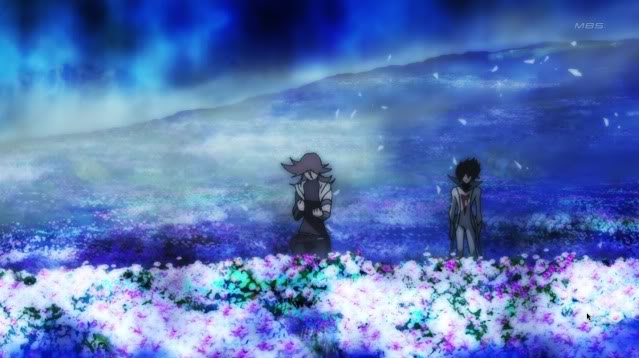 Casshern Sins has amazing fight sequences. I remember being on the edge of my seat many times watching Casshern kick some serious ass. At the top of my head, the only words I can think of to describe the fights are intense and full of impact, and I say that literally. I would hate to compare the fight sequences to another anime, but think of DBZ. Thinking back on the soundtrack makes me sad. Don’t get me wrong, it is not because it’s bad, on the contrary it is because that is the feeling you will feel the most when watching this anime. The melodic feel of sorrow and despair play with your emotions. The music is simply another reason that makes this series shine.

OP is a favorite of mine.

Casshern Sins is all about life and death. Good guys, bad guys, all of them get their due. Don’t be scared if you momentarily turn emo after watching this anime, it simply cannot be helped.

The intro for many of the episodes will also leave you wondering often times because they seem random and repetitive, though they do serve a purpose. And yes, he wears tights and looks like a Power Ranger, a badass one at that~

I would like to add that if you grew up watching 90’s anime, then this show will make you feel nostalgic. The art is top notch but it has that old school feel to it.

Note: If it were not for the excessive and annoying wandering, I probably would have given Casshern Sins a 10/10.