Celebrating 6 years with Apink: 6 reasons to love them

by DazzlingBona보나
in Korean Entertainment
3

Apink was formed by Plan A Entertainment in 2011. The members consist of leader Park Chorong, Yoon Bomi, Jeong Eunji, Son Naeun, Kim Namjoo, and Oh Hayoung. Throughout the years, Apink had rose to be one of the most successful groups outside of groups from the Big 3. Apink’s fans are known as Pink Pandas or also known as Panda in short. Pandas hugely love Apink and listed below are 6 reasons why Apink receive so much love from their beloved fans.

From the beginning of Apink News to Season 1 to Season 3,we get to see the funny side of Apink. In Apink Diary, we get to see how Apink went about their daily life in the world of K-pop and how close they are. In Apink Showtime, watch the members entertain us with their wildness and antics. On Weekly Idol, they never make us laugh with MBC considering Apink to be part of the weekly Idol family. In fact Bomi and Hayoung was even Idol MC for Weekly Idol for a certain period of time.

You can’t deny the fact that Apink have talents. Leader Chorong is skilled in Hapkido. Bomi is skilled in Taekwondo and even appeared on an episode of Cool Kiz on the block to showcase her skills. Not only that, she is famous for her imitation of the Gorilla. Eunji is regard as one of the best idol vocalist in the current generation. Naeun have a talent for being clumsy which fans love her for although we are all worried about her too at the same time. Namjoo is an amazing vocalist herself. And lastly, the maknae Hayoung is skilled at nonsense quiz and have proved herself to be unbeatable at it. 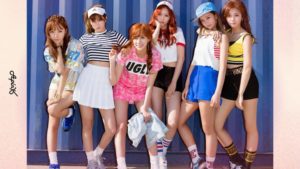 Some will complain that Apink’s songs are always cute, always innocent. But not me. Personally, I love how healing their songs can be. In fact, their song “No No No” pull me through a difficult phrase in my life. They even composed a few songs of their own but I will talk about that more in the next part. Will I like to see them going for a sexy image? Yes but at the same time I am contend with their current innocent image as long as they are happy with it. 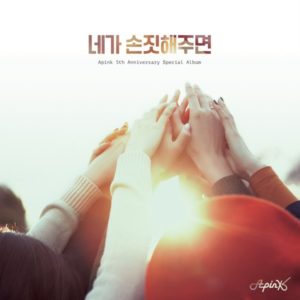 Apink is well known for their love of their fans. In order to show their appreciation to fans, Apink had wrote a few songs for their anniversary in dedication to their fans. To celebrate their 1st anniversary, “April 19th” was released with the lyrics being penned by Chorong. The song thanked fans for being there with them. On the fourth anniversary, “Promise You” written by Jeong Eunji was released. And fans continue to promise to stick together with Apink. On their fifth anniversary, “The Wave” written by Park Chorong was released. The song speak of how fans continue to give Apink strength. And today Apink will be releasing a new digital single titled “Always”. I can’t wait to hear it. What about you? 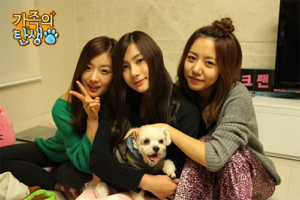 Apink is really kindhearted. They took really good care of the dogs they are looking after on KBS’s “Birth of a family”. Toward the end of the show, you could also see how much the dogs love them when Apink had to give them to the new families. I remember shedding tears while watching it. Not only that, Apink are kind to even fans from other groups. At last year ISAC, Apink expressed concerns to other fans from other groups that was not allowed into the stadium but still remained outside. Hayoung even asked not to get a cold. Apink was there for Hyeon-Don too when he was having depression and even appeared on the Weekly Idol episode he made his return on to show him their support. 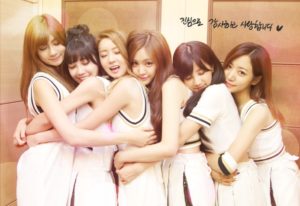 Apink are really close to one another to the point that they consider each other as family. They are always there for one another. And even when they moved to two different dorms, they still make it a point to meet together for dinner.

I’ve been a Panda for 4 years now and I still can’t stop loving them. Apink being themselves is what I really love about them. Apink to be together even after 7 years have passed? I believe in it. Thank you Apink and I will continue to love you! Happy 6th Anniversary Apink!