by jiyo
in Korean Entertainment
1

As we celebrate WJSN’s second anniversary, it is impossible not to look back at the past and realize that, even if their debut feels as if it only happened yesterday, these thirteen girls who have got together to run towards a dream have achieved so much.

It is inevitable to talk about dreams when it comes to the Cosmic Girls, not only because of their next magical dream themed comeback “Dream Your Dream”, but also because of how the WJSN dream started, and what they have accomplished together in the name of that dream. The pre-debut period gathered a lot of curious eyes, all wondering how Starship’s next girl group would be like. With their successful label mate SISTAR’s impact and importance in the K-pop industry, it was no surprise expectations were high, especially concept and quality-wise.

The initially 12 membered girl group who fell from the sky had dreams of rising to the peak and to achieve the ultimate dream that they have been working hard for. This is a story of hard work, with the girls promoting for three months non stop and attending every event they were invited to. All with the hopes that WJSN could become known. Everyone knows that K-pop groups work hard, as such WJSN’s story is a story of trying their best against the odds, of fighting and achieving the dreams many don’t have the courage to go after.

The year was 2016 and, for WJSN, it started and finished as a year of growth. With their 2nd mini album “The Secret” attracting more fans and attention, Cheng Xiao’s rising popularity and the addition of Yeonjung to the group, WJSN’s popularity started to blossom. For their 1 year anniversary, they could say to themselves that their dream was finally in motion. And now, as another year has passed, every Ujung will tell you: their dream is not locked inside a training room anymore. It is not only shared by the 13 girls, but by all of the fans out there, regardless of when they have started, that now share the same dream.

Therefore, finally, let’s have a look to what WJSN has achieved in 2017.

It all started well with a comeback. Their third mini album, “From.WJSN”, became the 14th best-selling girl group album from 2017. Then, in May they held their first concert “Would You Like?”, a throwback to their debut album. It was a special moment for all fans, but even more special for the girls themselves, as it was a chance for them to show skills that many of them didn’t have the opportunity to yet. One month later, they released their first full album, “Happy Moment”, where they had the opportunity to try out different song styles and improve their skills. Soon after, Cosmic Girls promoted “Kiss Me”, a CF song. 2017 was also the year WJSN had an official fanclub name – Ujung – official colors and a preview of the official lightstick. A new Cosmic Girls reality show was also released, something the fandom had been patiently waiting for. Every new announcement felt like a gift and every new accomplishment was another step towards a future where both fans and group can stand together. 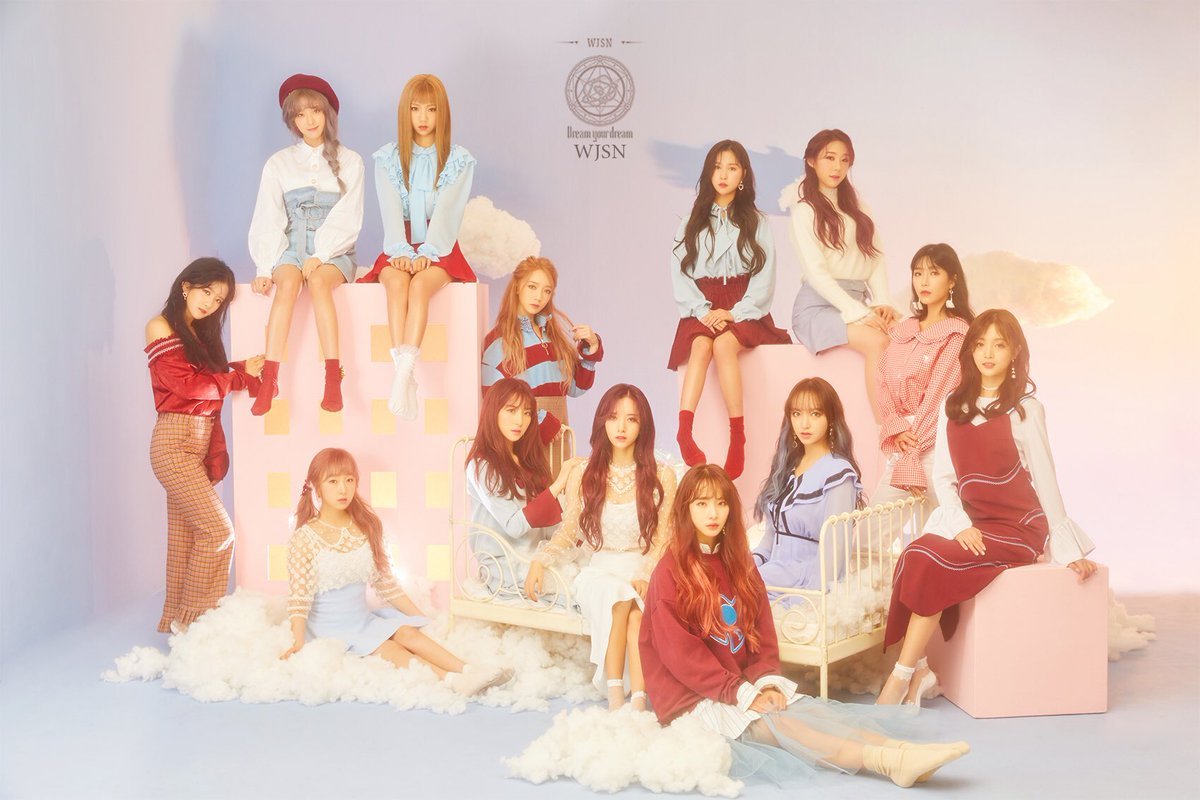 At the same time WJSN was taking such important steps as a group, the members started to have more and more individual activities. Bona debuted as a rookie actress in the drama “The Best Hit” and soon after became the main protagonist in another drama, “Girls’ Generation 1979”. Exy participated as a lyricist in the title track “I Wish” and the song “Hug U”, both songs are part of the album “From.WJSN”. Meiqi worked on three Chinese movies – all set to be released in 2018 – while Cheng Xiao promoted WJSN in many variety shows, including “Law Of The Jungle”, “Battle Trip” and, more recently, as a mentor on Chinese survival show “Idol Producer”. Yeonjung released “Marry You”, a song collaboration with Maktub and three OSTs for the respective dramas: “Queen for Seven Days”, “Love Playlist” and “Meloholic”. Members in the past that didn’t get the chance to be in the spotlight gained more opportunities; Dawon was part of the soundtrack of the drama the “Revolutionary Love” and Luda appeared on “Game Show”. Yeoreum’s individual popularity also increased. Xuanyi, Seola, Soobin, Eunseo and Dayoung continued to improve and showcase their abilities.

It was, overall, a great year for WJSN. New achievements, new beginnings. But most importantly, a continuation. A continuation of a dream that started a long time ago that now holds promises that seemed impossible back then. What Ujungs look forward to now is a future where these thirteen girls are happy and one where they can stand united as they continue the adventure, they’ve been working so hard on. One can hope 2018 is the year of first wins, new opportunities, improvement and success. In the midst of everything, there’s something we can be sure of, after all: they are here. And they are not alone. The memories we have built with them and the bond we have created will keep its strength. Together, Ujungs and WJSN will continue this journey the same way as it started: full of hope, full of support and with our heads up.

February 27th marks WJSN’s first comeback since they released “Kiss Me” 7 months ago. As the day gets closer, this is an invitation to everyone to look forward to their comeback with “Dreams Come True”, a fitted name to a beautiful story. In their own words: with all the power of the Universe, let’s share it graciously!