Just before passing through the forest, from the bushes we saw a lot of C class students on the beach. The situation we were looking at had been far beyond our imagination.

“It can’t be… This kind of stuff… Is it possible?”

As if she couldn’t believe the sight, Horikita was repeating “impossible“ many times over.

I thought the same. It was a pattern we didn’t expect at all. There weren’t only provisional toilets and a shower room installed. Turf with sunlight protection, barbecue set, chairs, parasols, snacks and drinks. There were all kinds of equipment necessary for entertainment.

Smoke from a burning meat and laughter. On the coast, the students were loudly enjoying the sea while the water bikes were running through. Even with only roughly calculating the visible range, more than 150 points were spit out.

“What the hell is C class doing? Does this mean they don’t have to save points?”

We could only think that way looking at this. It exceeded the level of splurging.

“Let’s check that out. What the hell is C class thinking doing this?“

The two of us walked in on the beach from the bushes, stepping firmly on the sand. One of the male students noticed us and called out to the boy nearby. We couldn’t see his face from here well because he leaned his body on a chair. One of the boys immediately rushed to us.

Said the male student somewhat frightened, or perhaps I should say without drives.

“That’s on you to decide, Horikita.”

We accepted and accompanied the male student. A savory smell of burned meat got into our noses as we approached the sea.

I realized again how we’re not enjoying vacation even a little.

We drew near the guy who seemed to had commanded this dionysia.

”Hey. Were you the one secretly snooping around? What do you want from me?”

Ryuuen, who was tanning in the chair in his swimsuit, showed his white teeth.

”As you can see. We’re enjoying summer vacation.” He said this spreading his hands, showing off the entertainment that fully unfolded on the beach.

”This is the trial. Do you understand what that means? Although I’m shocked that you don’t understand the rules themselves…“

He was rather disappointed than delighted, being alerted about his incompetence.

”Oh? I’m amazed. Does that mean you’re showing humanity even to an enemy like me?“

”If the ones at the top are incompetent, then those under will deal with hardships. That’s only pitiful.“

Ryuuen only laughed, taking a plastic bottle of water that was next to the radio.

”How much did you use to enjoy this much of pleasure?“

”Jeez. It’s already getting warmer. Hey, Ishizaki. Bring ice-cold water.“ He said, throwing away about half of the remaining water in sand provokingly.

Ishizaki, who was playing volleyball in vicinity, rushed to get the water into the tent. A large number of what appeared to be card-boxes with food and water were carelessly piled up in the tent. Sakazaki looked into a cooler box next to the boxes.

”As you can see we’re only enjoying summer vacation. Basically, it’s impossible for us to become your enemies during the trial. Do you understand?“

As if she’s having a headache, Horikita pressed her forehead in non-understandment, creating wrinkles between the eyebrows.

”It’s not about being enemies, but the matter we said before. I was foolish for being alerted and coming here.“

”Who’s foolish? Is it really me? Or is it you?“ Far from accepting insults, Ryuuen clapped back at Horikita likewise.

”Survival on this awfully hot inhabited island? Isn’t that a joke? In order to pick up 100 or 200 small class points you, the lowest D class, have to put up with hunger, heat and emptiness. You’re making me laugh by just imagining it.“

Running over the sandy beach, Ishizaki came back with new water dripping with sweat, handing over to Ryuuen what looked like a cold pet bottle. However, the moment Ryuuen took the bottle he threw it at Ishizaki’s body.

”I said bring ice-cold water. This one is still warm.“ 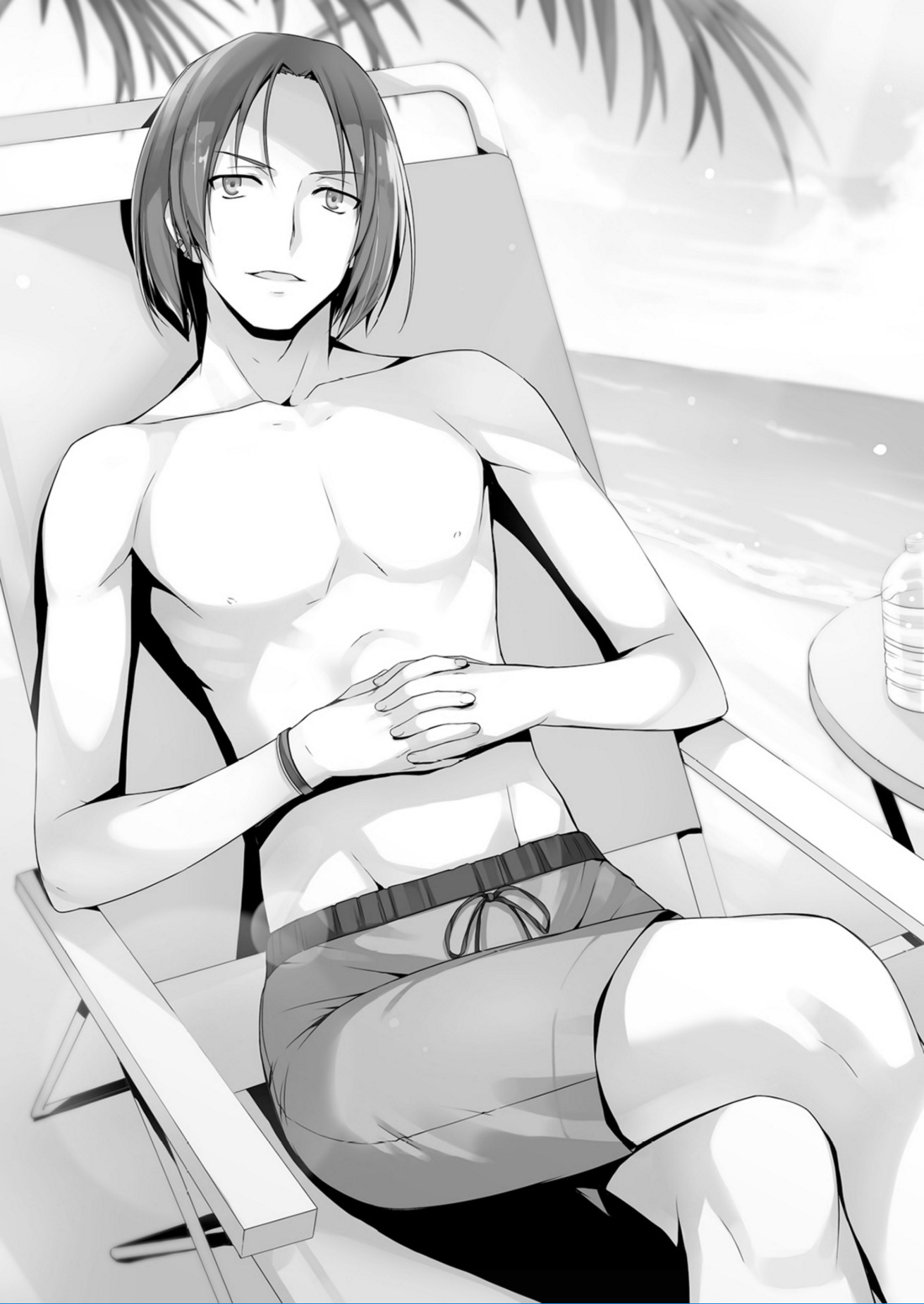 Ryuuen’s sharp pupils resembled those of a snake. Making his body stiffened, Ishizaki picked up the pet bottle and ran toward the tent again.

”… This trial is about endurance, calculation and cooperation. That seems impossible for you from the beginning. You can’t even set up a proper plan.“

You couldn’t even last a week using points this lavishly. Living hell would arrive sometime soon. And at that time things like turfs, parasols and chairs would only become obstacles.

”Cooperation? Don’t make me laugh. People easily betray. Lie. Relationships involving trust aren’t practical. You can only trust yourself. If your scouting is finished then leave. Well, if you truly desire you’re welcomed. You can enjoy yourself as you like, whether it’s eating meat or having fun on the water bike. Or would you like a different type of entertainment with me? I’ll prepare a tent for personal use.“

”Not an answer I would expect from someone who has declared war before.“

”I hate hard work. Patience? Saving? You must be kidding.“

Ishizaki came back again and stretched out the water. After receiving the water, Ryuuen opened the cap and drank it up.

”This is my way of doing things. No more, no less.“

”Right. Well, do as you please. It works fine with us.“

A/N: Thank you for reading our works on Classroom of the Elite series. We hope you’ll look forward to upcoming updates patiently. Leave your comments down below and for further requests and inquiries, contact us here.

Friendly reminder: People should be correct enough to give credits if they repost this translation somewhere else. It’s out of respect for our translators’ and editors’ hard work. We won’t hesitate to take drastic measures if people won’t heed to this simple rule. Thank you.