[Up & Coming J-Pop] Listen to callme

by Fatima
in Japanese Entertainment
0

‘callme’ was a sub-unit of the Japanese pop idol group Dorothy Little Happy before they decided to become their own group under the label Avex Trax. The group was formed by member RUUNA back in December 2014 and comprise of three members, RUUNA, MIMORI, and KOUMI. In order to further improve their artistic strength, they made use of each member’s specialty and thought about visual aspects such as costumes and makeup as a complete self-produced girl unit. The 3 members also write the lyrics together.

callme made their debut with the single “To shine.” They go on to release 3 more singles and 2 albums, “Who is callme?” and “This is callme.” They currently have a new single coming out on August 9th, “One time.” callme is often compared to Perfume, possibly because they are a trio, but callme’s style of music varies and they don’t only focus on techno/electropop.

Though I do think along with Perfume, they are one of the more unique groups/trios in J-pop. It’s probably mainly because they are a self-producing group, similar to how FlowBack is. MIMORI’s use of piano in several tracks that are not a slow/ballad songs is nice because she’s able to incorporate well in pop or EDM tracks. Along with that, KOUMI being the choreographer is great because she can visualize how well choreography will match with each song and it’s a skill, along with MIMORI’s music composition, that she’ll have beyond callme.

Meet the members (from left to right): 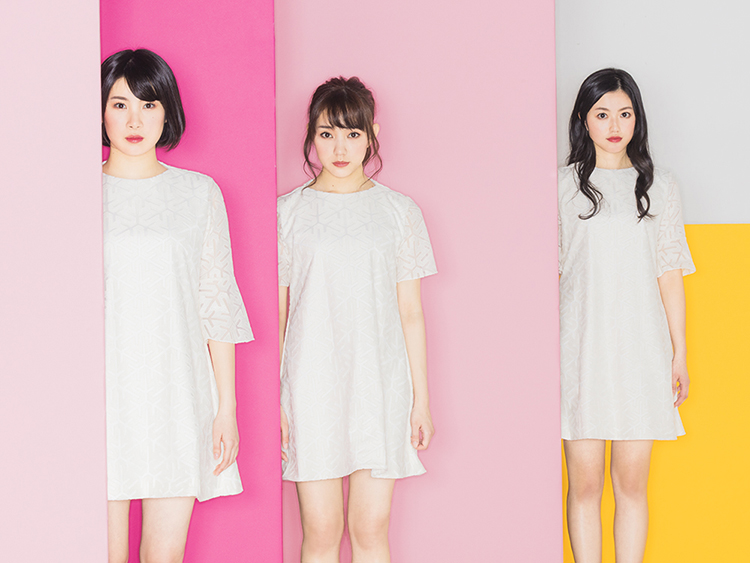 Check out their various music videos and energetic live shows down below: