by Fatima
in Events, Korean Entertainment
2

After holding a successful first tour in America, KARD, a super rookie co-ed group made their return to the United States over the past few weeks for the WILD KARD 2017 THE 1ST TOUR IN AMERICA PT. 2. They performed in Washington DC at the classical and beautiful Warner Theatre. KARD showed a mix of new, old, and cover songs along with catchy dance moves and a Q&A session. I’d like to give a thank you to SubKulture Entertainment for giving us the opportunity to cover the show. 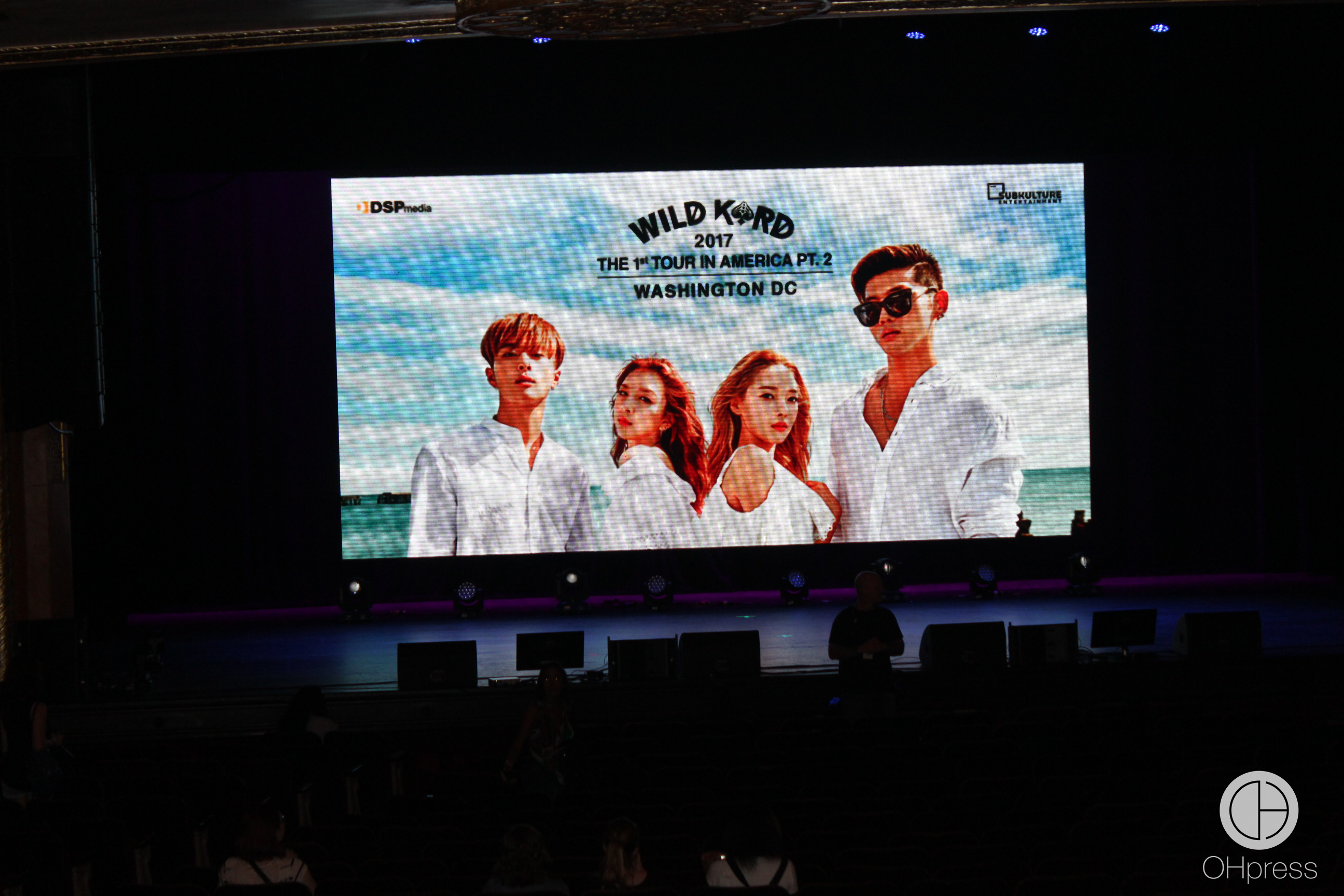 The show started out with a dramatic intro clip and the crowd goes wild! They went even wilder once KARD appeared on stage.  KARD started the fan meet by performing the English version of their, in my opinion, breakout pre-debut song “Don’t Recall“. They hyped up the crowd with a solid performance and sang Oh Nana right after. Danny Lim, the MC for the last tour, returns again this tour and gave a nice introduction after the performance of these two songs. 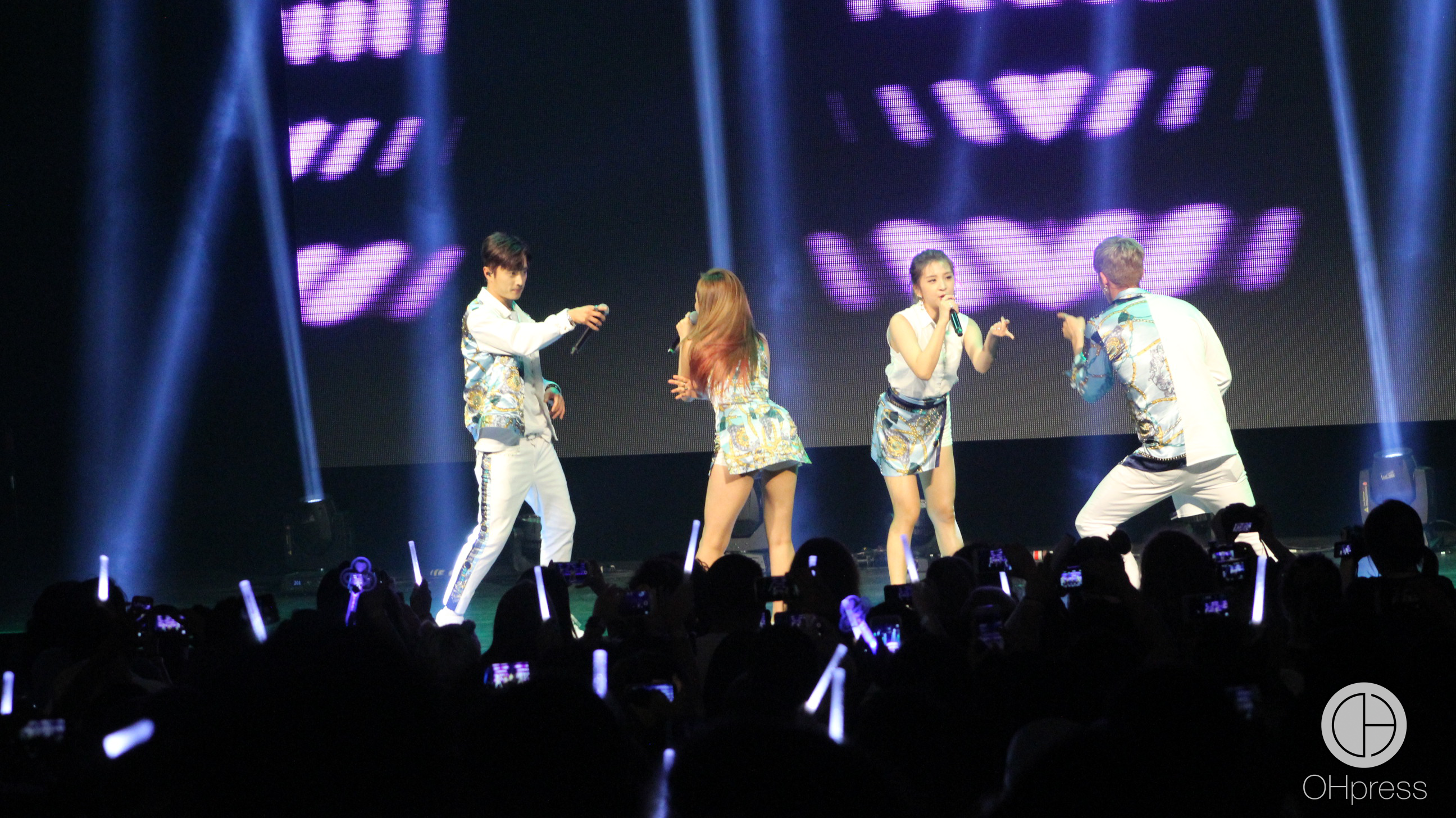 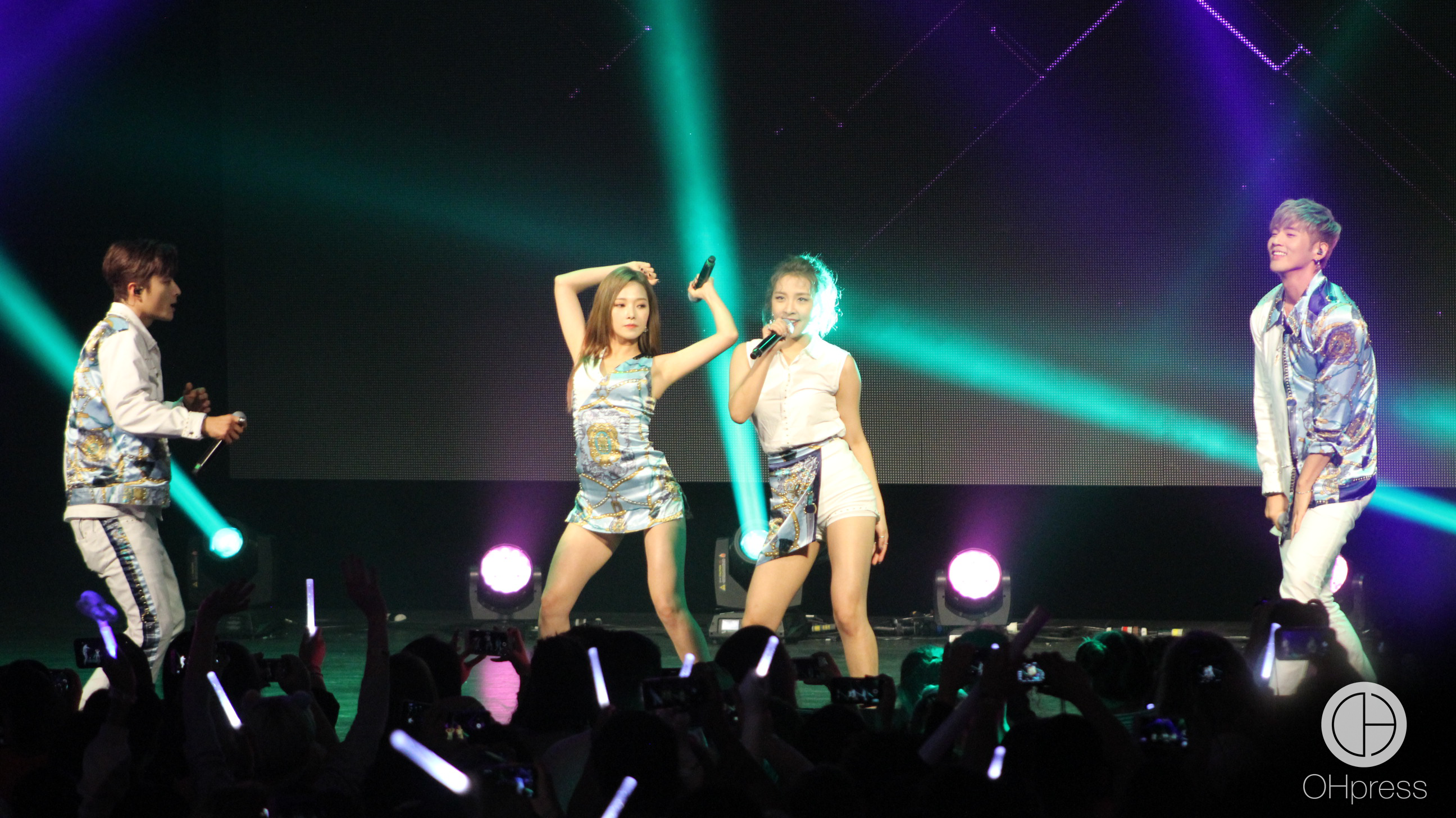 As KARD takes a break from the performances, we go on to the Q&A session which is hosted by Danny as well. First, Danny and KARD talk about sightseeing and Danny goes on to ask KARD whether they have seen any of the monuments. BM answers “I saw the White House. It was pretty crazy, it was 15 minutes away from our hotel. When I got there, there were hella secret services.” Jiwoo mentioned that she didn’t have time to walk around and plans to do it right after the fanmeet finishes.

After talking about the White House, they bring out a box full of questions that Hidden KARDs have filled out online. J.seph was the first member to pick out a question: “What do you like to do in your free time?”  He goes on to answer that he likes playing soccer and watching television. They answer a few more questions during the Q&A, wrapping up the segment in around 15 minutes. 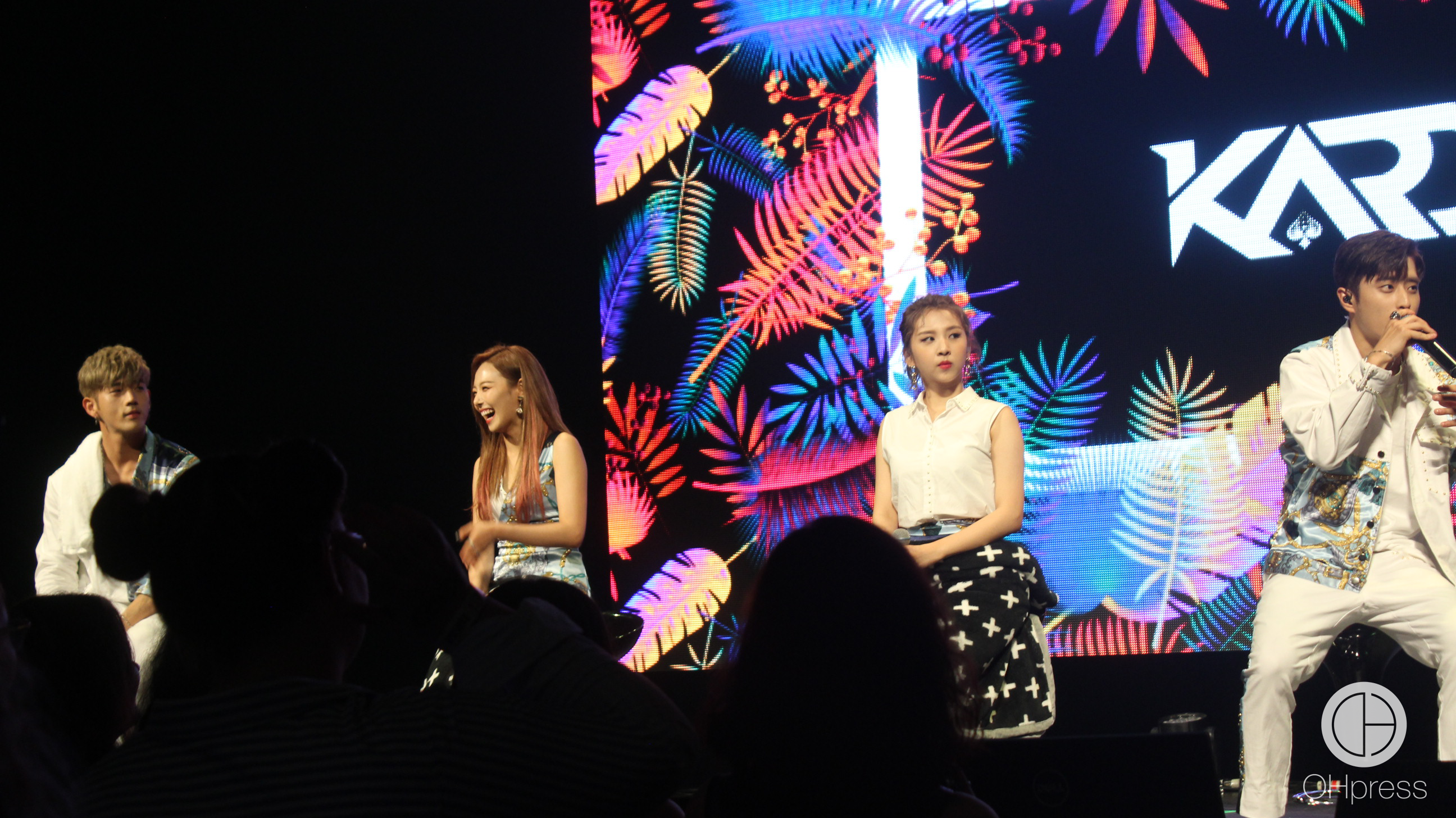 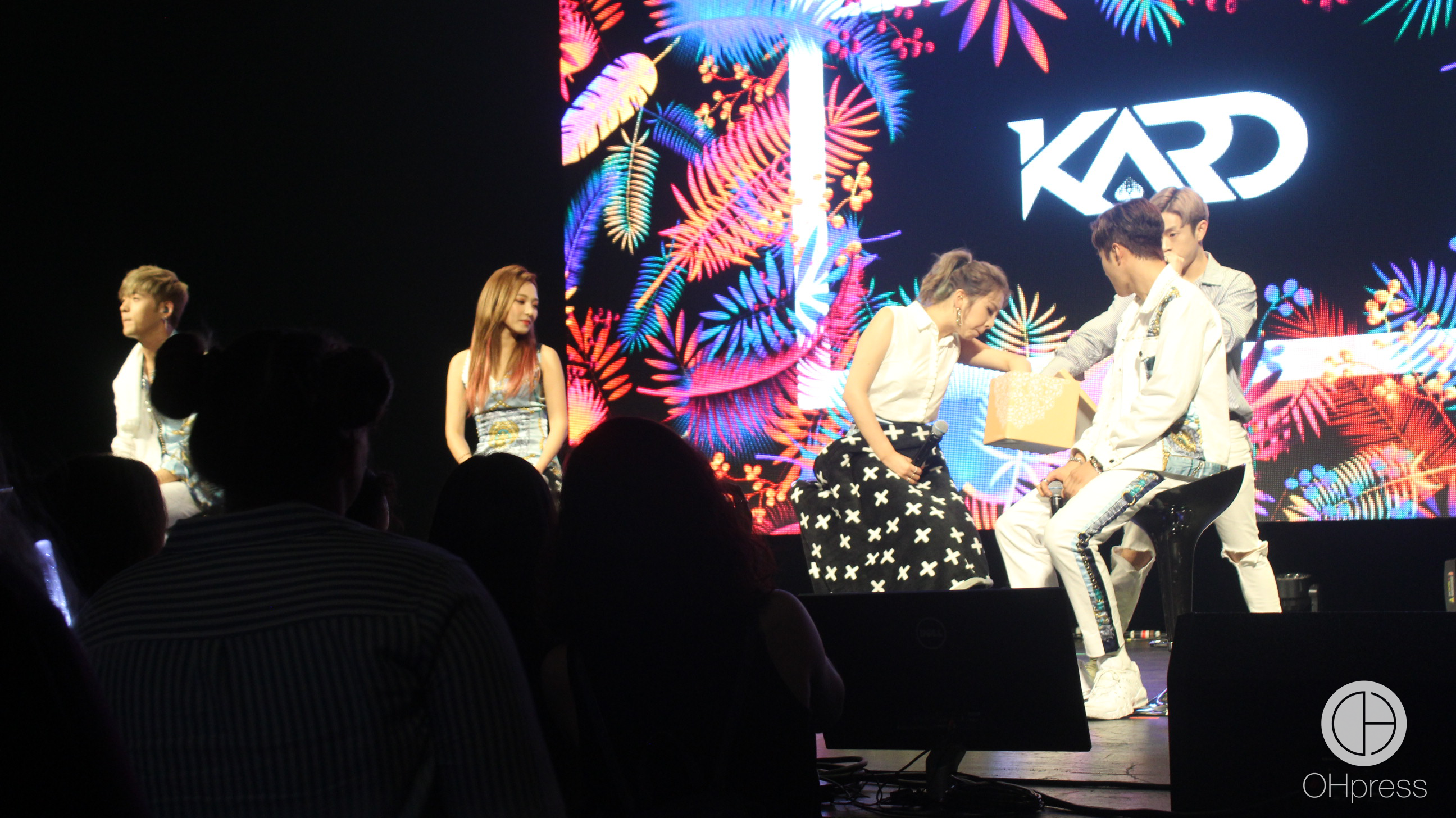 KARD performed a whole bunch of different covers, starting with Eminem’s “The Monster” featuring Rihanna. BM, in particular did a great job covering Eminem’s rap parts, but J.seph and Jiwoo also did well. Somin covered Rihanna’s lines quite nicely.  During the song break, BM showed off some amazing dance moves with a bit of krumping. After that performance, J.seph and BM did a rap piece, though I wasn’t sure if it was an original song or a cover.

There was a small intermission for KARD to change into new outfits. During that time, they screened a cute mini documentary with the members audition clips and them talking about why they wanted to become a singer/rapper, before KARD was formed. It was really nice because we got to learn more about the member’s goals and dreams.  It also highlighted how much KARD has achieved in the little time since.

After that, KARD came out with these beautiful new outfits, in shimmering navy blue. They performed “I Can’t Stop,” which is one of the newer songs from their debut mini album. It is slower than their usual EDM pop songs, but was nice to listen to nonetheless. Following that performance, Somin and Jiwoo did a duet of Bruno Mars’ “Versace On The Floor.” Somin and Jiwoo definitely sound awesome singing R&B since they both have pretty strong and soulful vocals, which in my opinion is not present when singing their own songs. KARD later did their own twist to Ariana Grande’s “Side to Side” and had three rap solos throughout the song.  They also performed a cover of Jay Z’s and Alicia Key’s “Empire State of Mind.”

The next part is probably every fans dream come true. They had pre-selected four lucky fans at random to play a dice game, with the chance to win awesome fan service opportunities. Each number on the dice had a designated wish. The awesome prizes included a Polaroid photoshoot with KARD or a recorded wake up call from your favorite member. The first fangirl was able to win a face to face short solo song from J.seph which was so cute. The next fanboy got a pretty sweet wish too; he won the wake-up call from Jiwoo with her saying the line “Oh Na Na Na.” The other two winners were able to get a signed poster and album as well as a hug from a KARD member. 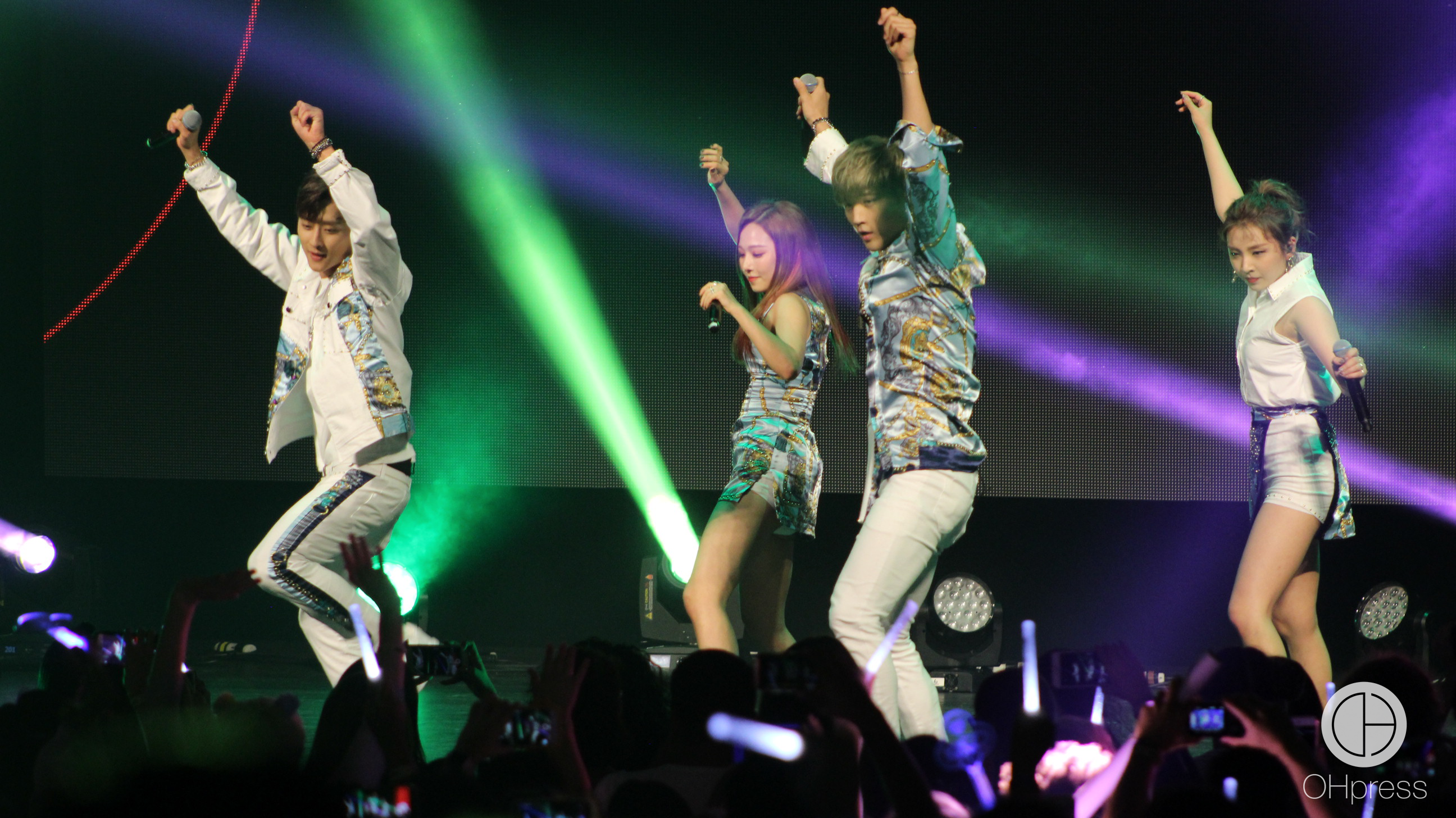 KARD then shared a few sweet messages to the fans and to Washington, DC. Of course that wasn’t the end of the concert, they still had two more songs. They performed my personal favorite, “Rumor,” I just love the composition of the song. KARD also performed their title track “Hola Hola” from their debut mini album; they definitely brought out all the energy with that performance. After that, the crowd started shouting “encore! encore!” and KARD came out wearing all white with their tour merchandise shirts. They performed Don’t Recall for the second time, but this time in Korean, however they were more relaxed and didn’t do the full dance routine.  Lastly, they did their final song of the night, another new song from their debut mini album “Living Good.” I think this was a great choice song for a finale as it is a pretty chill track.

The concert ended on a high-note with a venue photo. KARD definitely brought their A-game throughout the concert and I think they’ll become even bigger in the future. 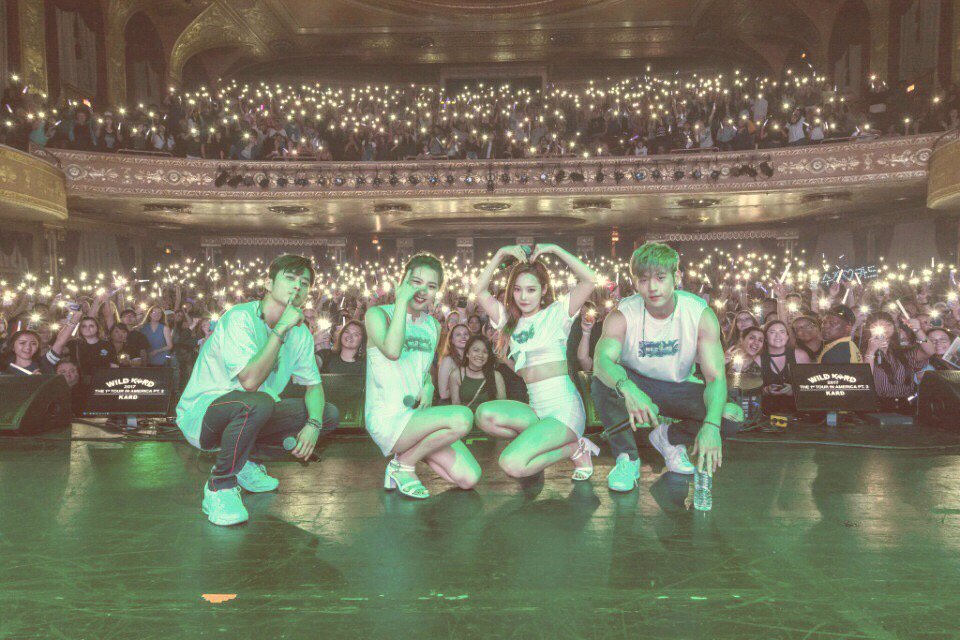 Special thank you again to SubKulture Entertainment for giving us the chance to cover the show! Photos above (excluding the group venue photo) belongs to OneHallyu.

FAKY LIVE 2022 #nofilter, a one-man live concert with a live audience will be streamed online for overseas fans!

In response to requests from overseas fans who can't make it to the venue, they have decided to broadcast the live one-man live performance to overseas audiences as well! Both of the daytime and nighttime performances will be streamed...