by Holke
in Korean Entertainment
1

There are only two days until Beenzino kicks off his first North American tour, and we couldn’t be more excited to drop some details on you so that you don’t miss it! But before all of that, here’s the promo with a message from the man himself:

Beenzino will be hitting five cities on his tour, titled the BEENZINO Tour 2015, traveling from the west to the east (and leaving people partied out, I’m sure). He just might be coming to a city near you!

This concert tour brought is being brought to you by Platinum K Shows and CHL Entertainment, and tickets are still on sale through the Platinum K Shows website! Get yours before you’re out of luck, and ‘boogie on & on!’ 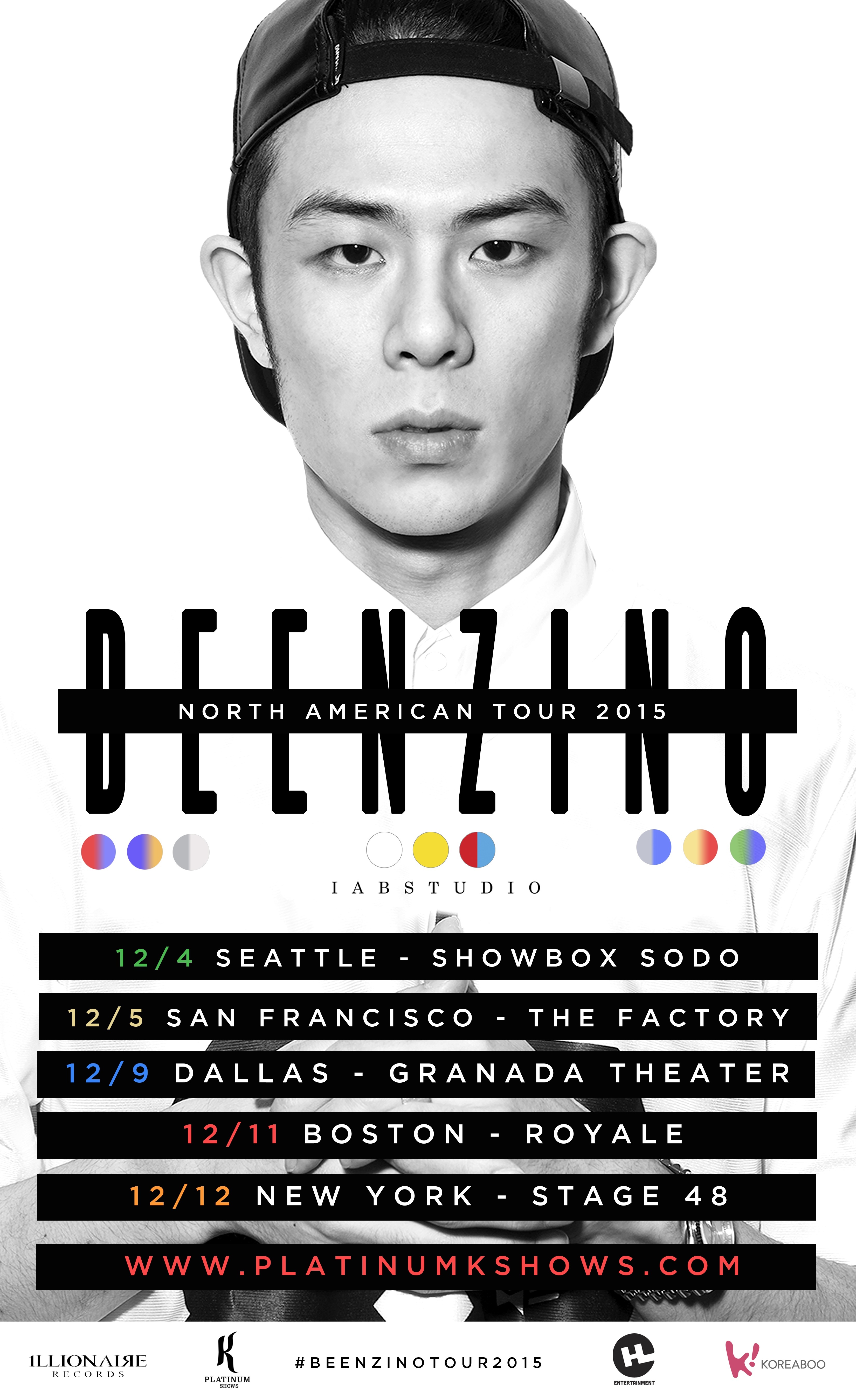 Hailed by Celebmix as “the next mainstream K-pop stars,” GHOST9 (consisting of members Junhyung, Shin, Kangsung, Junseong, Prince, Woojin and Jinwoo) will be meeting fans in four cities across the U.S. Announced today, the tour – “GHOST9 MEET&LIVE TOUR...

That's right! AOMG is coming back to the USA to bring the fire, and they're doing it big, hitting 8 cities in less than two weeks (WHOA)! K-hip hop fans all over are rejoicing because this concert tour is bringing...