The End of K-pop As We Know It Or Fear-Mongering At Its Best? A K-pop Fan’s Guide To THAAD

THAAD – the acronym spreading fear and speculation among K-pop fans. These days, if any China-adjacent K-pop controversy arises, THAAD is sure to come up. For some it’s a harbinger of doom, the end of Korean entertainment as we know it; for others it’s just another controversy, one that will inevitably die down and be forgotten. But what exactly is THAAD? And is it as serious as people are saying?

THAAD stands for Terminal High Altitude Area Defense. In the simplest terms, it’s a defence system engineered by the United States army, which can destroy ballistic missiles mid-air; in other words, after they’ve launched but before they can strike their target.

Since the Korean War ended in 1953, the USA has been South Korea’s most powerful ally against the North and their best chance at fighting off an attack. Even as conditions in North Korea worsen due to economic sanctions, its nuclear technology continues to develop rapidly. The regime has grown more desperate and more unruly, with the North’s threats to turn Seoul into a “sea of fire” becoming alarmingly frequent. THAAD was introduced in response to this tense atmosphere, a reminder to the North of who’s boss in the region and a reassurance to South Korea that Seoul will remain free of any fiery oceans. However, rather than relieving matters THAAD only seems to have stoked tensions. Things are heating up in East Asia, and THAAD certainly isn’t helping cool them down.

Why is it kind of a big deal?

Short answer: China. Slightly longer answer: China is pissed. They see THAAD as a direct threat to them (its radars can extend into China) and are determined to stop it from being installed.

They are the North’s biggest (and pretty much only) ally but they see THAAD as a power-play from Washington against Beijing and have made no secret of it. Although it’s the US involvement which makes THAAD so threatening to China, South Korea has borne the brunt of China’s anger. Boycotts have been called against Korean companies and products, with package tours to Korea cancelled and nearly all of Lotte Group’s 99 stores in China being shut down (many Chinese people were furious to hear Lotte offered land for the THAAD battery to be built on).

China is a huge trade partner for South Korea and the boycott could hit hard in a time of economic and political uncertainty for the country. They’ve made an official complaint to the World Trade Organization (WTO) for this economic retaliation, but so far China doesn’t seem to be backing down.

How does Korean entertainment come into it?

China’s THAAD retaliation isn’t limited to commerce – they’ve also taken a stand against Korean cultural products i.e. the dramas, music, and celebrity personalities which have been enjoying unprecedented popularity in China of late.

Joint Chinese-Korean dramas and films have halted production, concerts have been cancelled, and Korean cable channels pulled off the air. When the so-called “Hallyu ban” was first brought up, international K-Pop fans questioned whether it would really be enforced, but so far the government has shown that they mean business. 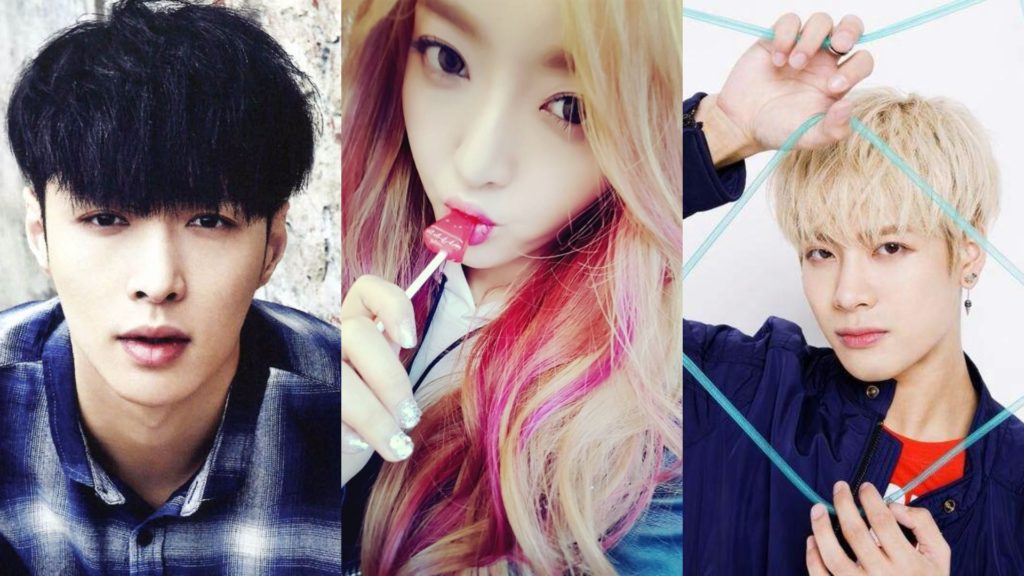 So how has THAAD been affecting K-pop so far?

Has there been an outcry in China against the Hallyu ban? Quite the opposite: for many Chinese people, this is a welcome change. Although popular, Hallyu is still fairly niche in China, and many look down on those who excessively consume Korean media as being un-patriotic. Many would rather see expansion and investment in Chinese cultural products than see external, Korean popular culture grow in popularity. In light of this, the ban has seen widespread support across Chinese social media.

Looking to the future…

So what might we expect in the months and years to come?

Politically, anything seems possible these days. In K-pop, we can probably expect to see more effort to invest in Southeast Asian countries and Latin America. It is telling that almost immediately after postponing an NCT China debut, SM Entertainment announced a Southeast Asian unit. SBS, one of Korea’s biggest broadcasters also launched a Korean channel in Indonesia just last month. China is an important part of the international market in K-pop but nonetheless, K-Pop is as big as it’s ever been right now and it seems there’s little that can impede this growth. It may wind down on the Chinese mainland, but C-fans will undoubtedly still find ways to support their faves. People are always heralding “the End of K-pop” but so far it’s survived the Hallyu Wave completely drying up in Japan (another once-huge source of revenue) and emerged stronger than ever.

My prediction: K-ent may have to adapt to ever-changing international circumstances, but for now it will continue to grow, and thrive. In short, K-pop’s not going anywhere anytime soon, folks.