espressOH! | 7 Reasons Why Aomine Daiki is Still the Greatest of All Time

August 31st should be an internationally recognised holiday. At this point, the fact that most world leaders and calendars out there continue to neglect this very important date is offensive. Fujimaki Tadatoshi, creator of Kuroko no Basuke, did not pull a random date out of a birthday generator to set an official birthday for the Greatest of All Time, Aomine Daiki, for nothing. If the powers that be do not believe that he deserves global recognition on his birthday, here are only 7 out of the infinite list of reasons why he is the GOAT. Kindly refer to this and reconsider.

1. Aomine Daiki Himself Would Agree

No one else would agree with this date’s importance than Aomine himself and that, in itself, is a sign of ultimate greatness. Narcissistic? Unchecked superiority complex? I think you mean self-confidence and awareness of a very simple fact: that the only one who can beat him is him. Aomine is unquestionably the ultimate role model for the youth of past, present, and future. I mean, how many of you wish you could have as much unwavering profound trust in yourself? How many of you wish you could stop second guessing every move you make because you’re afraid of making the slightest mistake? Even at his lowest point in the entire Kuroko no Basuke run, when he lost his drive and isolated himself, Aomine still had every faith in his own abilities. Surely that’s worthy of admiration.

2. Perfect Hair Even While Playing Basketball 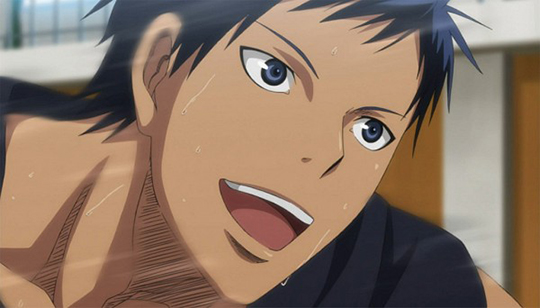 Athletes with hideously ugly hair is not an uncommon sight, but Aomine Daiki? Ugly hair? A foreign concept! It’s arguably not on Kise’s level in terms of style but Aomine’s blue hair is a whole other level in itself. Who else has flawless blue hair even while playing such a high-intensity sport? Only Aomine. Granted, most sports anime characters don’t end up with extremely dishevelled locks, even after an intense match, but do they all have a hair colour as perfect as Aomine’s? No. They should all aspire to be him.

Not to be the person listing all of his drawn features as reasons why he is the GOAT, but this demands to be a reason of its own. His tanned skin. That’s it. That’s the reason.

4. Quiet Loyalty to His Friends

Aomine is more than just flawlessly drawn. Beneath that rude exterior lies quiet loyalty for his friends. Understandably, everyone usually has a poor first impression of him but this is a character who would put his neck out there for anyone he cares about. Why else would he risk a future in a sport that he loves? He could have been banned from playing basketball for punching Haizaki but he did it for Kise anyway.

5. Greatest Taste of All Time

Aomine is constantly clowned for his penchant for girls with large chests but he’s absolutely right! Girls? Good. Large chest? Good. How can anyone fault him for such unabashed great taste? What’s wrong with a little bit of confidence? It’s not as if he’s ever harmed anyone because of his flawless taste. Also see: reason number one.

6. The Only Generation of Miracles Member to Beat Seirin 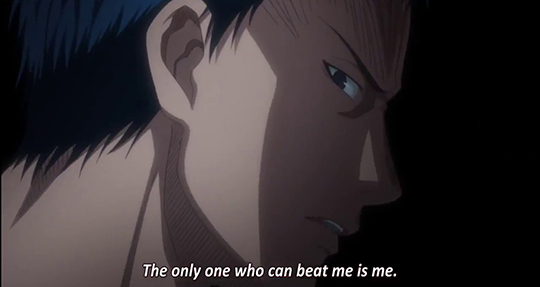 Back to real talk. Aomine is indisputably the Greatest of all Time because he defies anime logic odds by being the only member of the Generation of Miracles who has ever beaten the protagonist’s team. Assemble five greatest basketball players in real life, and even they would not be able to defeat Seirin. Trust.

Kuroko no Basuke anime adaptation frequently drags matches over the span of multiple episodes, and yet no match with Aomine Daiki in it is ever boring. He is the fictional embodiment of Fort Minor’s Remember the Name. His charismatic presence alone fills up entire mise-en-scènes. The animators could have drawn him all by himself in a scene, without any background, and he would still command everyone’s attention. There is also something visually arresting about the way he plays, underlined by his amazing seiyuu, Suwabe Junichi. Even anyone who cares nothing for basketball would be able to appreciate his formless shots. Kise would agree wholeheartedly.

Thanks for coming to my TED Talk. While we’re here, let’s raise a glass to Aomine Daiki. Happy birthday, GOAT!