Since the release of Kimi no Na wa and its major success overseas in 2017, anime tourism has grown exponentially. It grew in ways where an 88-site anime pilgrimage backed by the Japanese government exists, as well as new anime series whose main purpose is to promote a certain prefecture. Even Canada got into anime tourism with the creation of an anime commercial to promote the country in Japan. I’m going to list a few anime series/films and their real life comparisons, as well as how some of them relate to anime tourism! 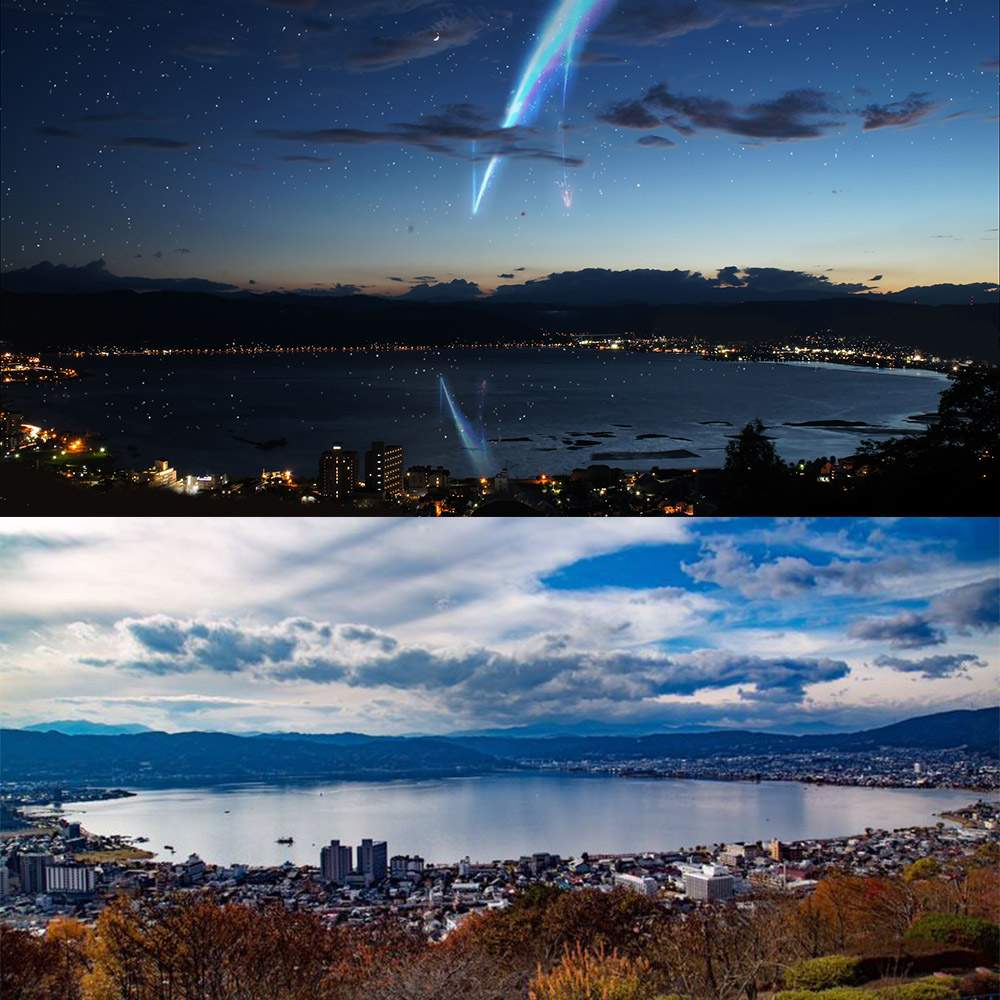 We’ll start this list off with the hit anime film, Kimi no Na wa. The main character Taki is from Tokyo, however the female main character Mitsuha is from the fictional town of Itomori. But, that doesn’t mean it wasn’t based on a real city, as Itomori was modeled after Hida region in Gifu. This particular lake and scenery in the movie depicting Itomori was modeled after Lake Suwa in Nagano. Lake Suwa is the site of a natural phenomenon known as the O-miwatari. The lake has a natural hot spring under its surface. When the lake’s surface freezes in the winter, its lower waters are still circulating. 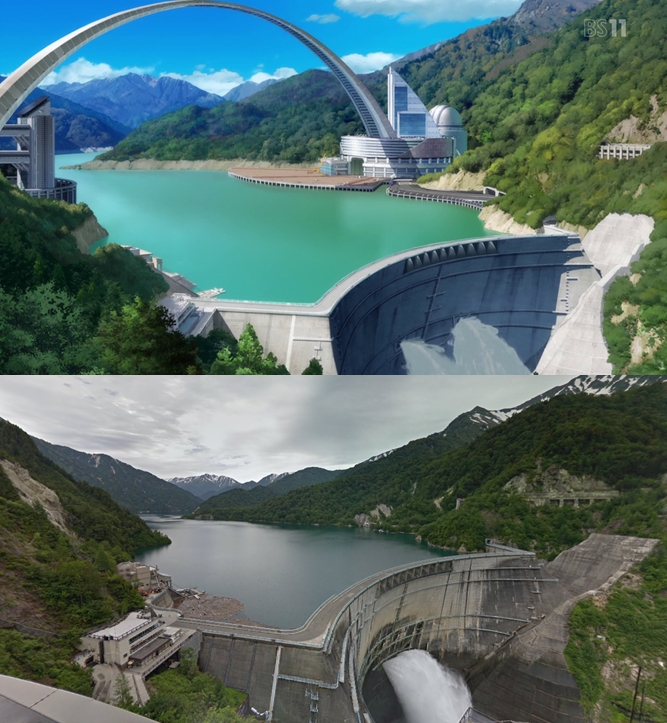 One of my favorite anime series P.A.Works has ever done, and surprisingly its a Mecha anime, my least favourite genre. Kuromukuro was an anime series made to celebrate the studio’s 15th anniversary, and it’s location is based on P.A.Works home prefecture, Toyama. The anime features the Mount Tateyama regions, and the UN research facility in the anime sits right next to the Kurobe Dam. Other locales are also seen in the anime, such as Toyama city and Shin-Minato Bridge. 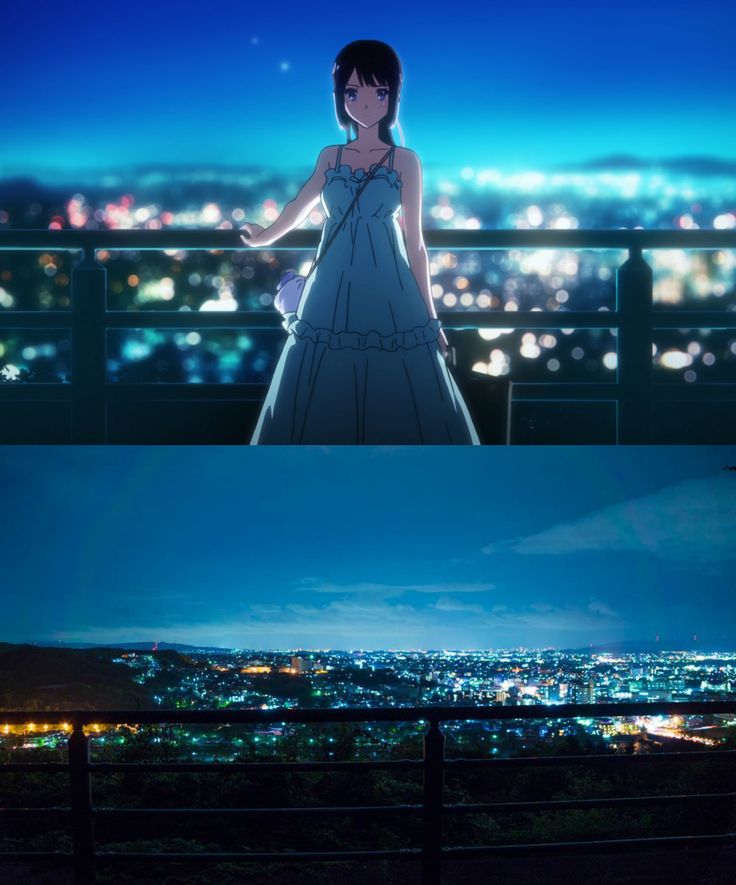 Sound Euphonium is the only music-oriented anime series I’ve ever watched, asides from the likes of Your Lie In April and K-On. I’ve found that Sound Euphonium has a different artistic vibe compared to other KyoAni anime series, such as the character’s design and facial details. Sound Euphonium is based on Uji City, which is in the Kyoto prefecture. The site where Kumiko and Reina held a very sweet and intimate moment was at Mount Daikichi, where a panoramic view can be seen at the top of the trail. The anime features other sites such as Uji shrine, station, bridge, and river. 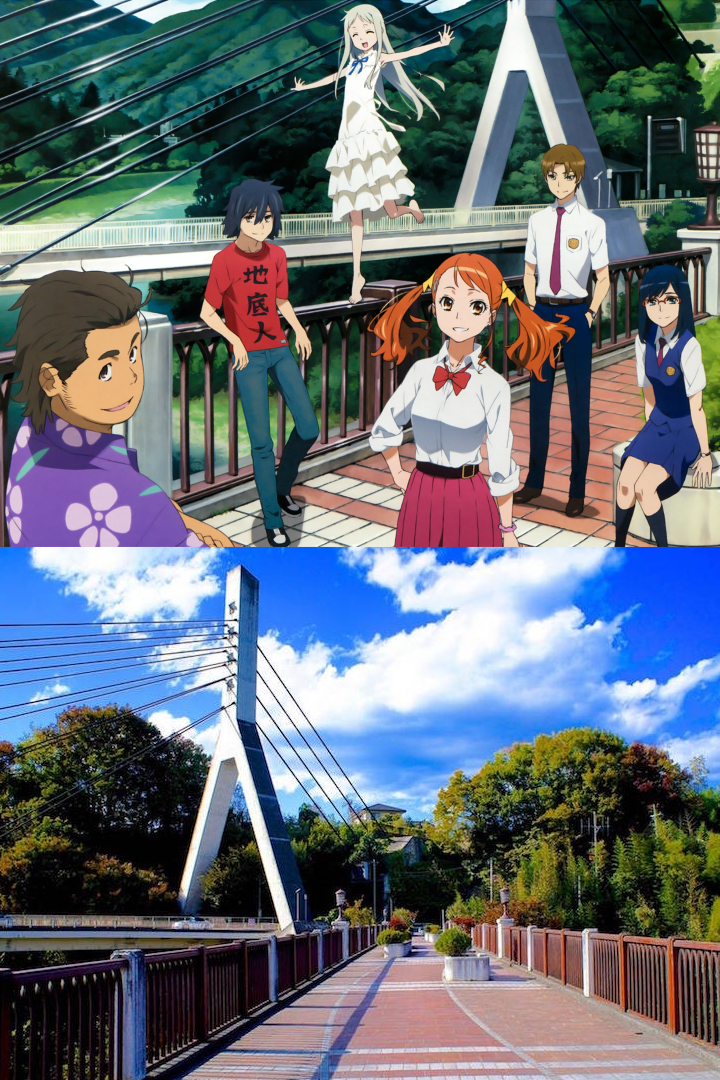 One of the more popular anime series on this list, Anohana is an emotional, heartbreaking tale of a group of childhood friends who lost their friend Menma to an accident when they were kids. The anime is set in Chichibu City in western Saitama Prefecture, and this particular scene is at Chichibu Bridge, the main entrance into the city. Its cable-stayed tower makes it recognizable as one of the most well-known locations of the series. Another appealing sight of the city is at night, resembling the last scene of the movie where the characters look up at the night sky. 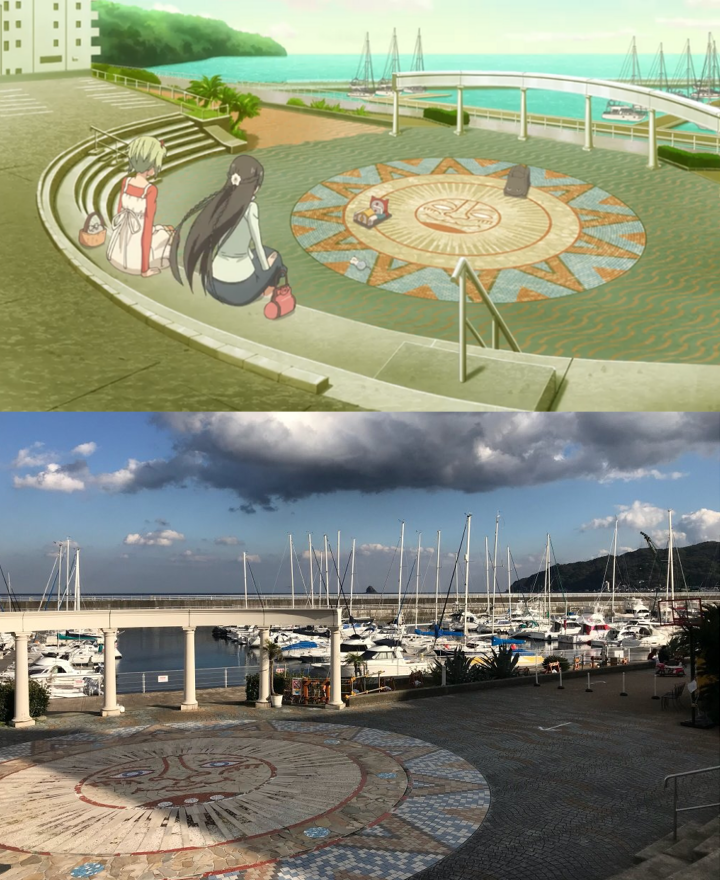 One of the best slice-of-life series of 2016, alongside Flying Witch, Amanchu is set in the beautiful eastern shore known in Japan as the Izu Peninsula. The Izu Peninsula, a part of the Shizuoka Prefecture, is generally known as a resort area, mainly for its many hot springs, but also for various seaside activities such as surfing, or diving (which is probably why they chose this location, as Amanchu is about diving). In this scene, Pikari and Teku visit Ito Marine Town, a seaside spa that features restaurants, gift shops, and a beautiful ocean view!

Although this isn’t an anime series or film, I thought it would be interesting to include that Canada is diving into anime tourism as well! This CM was made for the Japanese audience, promoting many different Canadian cities such as Vancouver and Toronto, as well as notable landmarks. The animation was directed by Makoto Shinkai, the same director of the 2016 hit anime film, Kimi no Na wa.

Did you find any of the places mentioned above interesting and what real life anime scenery do you want to check out one day? Leave your comments down below!