espressOH! – Who are the strongest guild members of Fairy Tail?

First of all, I really wouldn’t guarantee that this article will be spoiler-free, but if you insist, then you are very much welcome to continue.

In 2006, Hiro Mashima first released the first few volumes of Fairy Tail in the Weekly Shonen Magazine. Since then, it garnered a huge popularity, leading to an anime adaptation that became one of the most famous animated series of all time, making it Mashima’s most successful work. The story, although anime fans may already know as a fact, revolves around a guild named Fairy Tail.

The final volume of Fairy Tail as a manga was released in 2017, but the final season of Fairy Tail as an anime is to be released this year, as confirmed by Mashima himself. Personally, Fairy Tail is one of the anime that I hold dear into my heart. And despite the dismay of many due to its alleged “disappointing” ending, I found myself satisfied with how things have went.

Well that’s it for the introduction, here are the strongest, personally, characters who bear the Fairy Tail insignia. 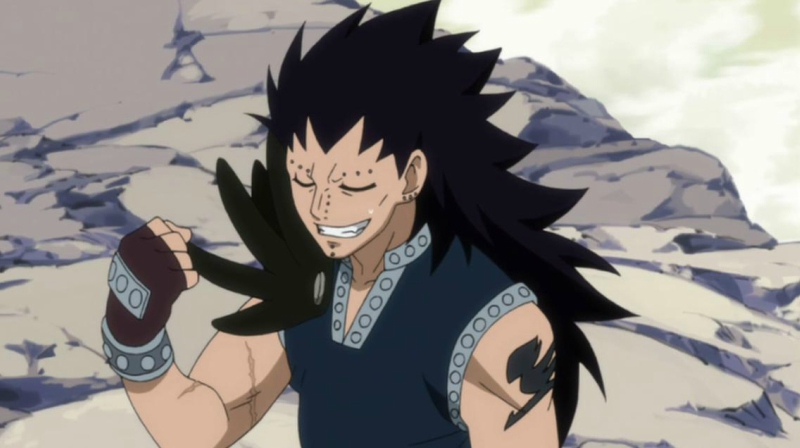 First up is Gajeel Redfox who is also known by the alias Black Steel. Originally a member of a different guild called Phantom Lord, Gajeel was an enemy of Fairy Tail at first. Upon the Heartfilias’ job request, they attacked the base of Fairy Tail and further declared war. He is the Iron Dragon Slayer, who, self-explanatorily, has the power of iron and soon after, other metals. Being a dragon slayer, Gajeel has the ability to devour  anything of his element, in which the power was given by his foster father, the iron dragon Metallicana. 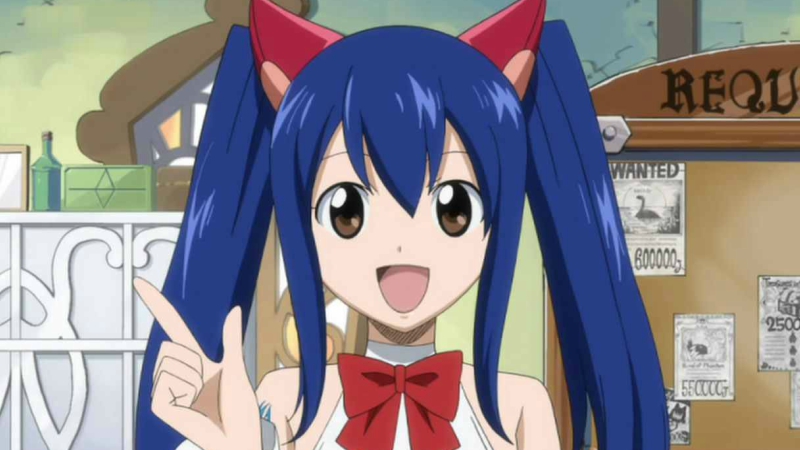 Wendy Marvell is one of the youngest (well technically, not) mages of Fairy Tail. Like Gajeel, Wendy is originally a member of a different guild, namely Cait Shelter. As the story progressed, Wendy, along with her partner Carla, joined the Allied Forces and soon became a member of Fairy Tail. She is raised by the sky dragon Grandine, making her the Sky Dragon Slayer. She specializes in using wind magic which can be used to attack, to heal, and to strengthen other team mates. Further into the story, Wendy became a highly-skilled enchanter that helped with Acnologia’s defeat. 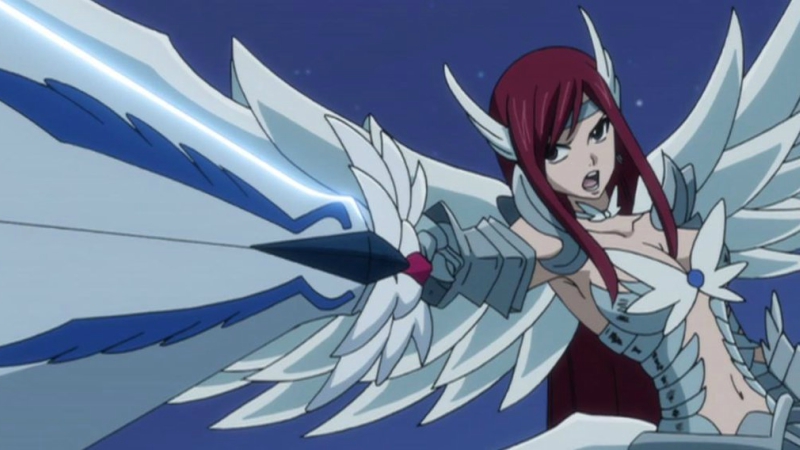 Erza Scarlet is one of the S-Class mages of Fairy Tail. S-Class mages are mages who passed the evaluation, requiring huge amount of magic power and she became the youngest guild member to pass the S-Class examination ever. She was also the 7th Fairy Tail Guild Master who filled in for Makarov’s absence after Fairy Tail’s disbandment. Her signature ability is known as The Knight, a spatial magic which allows her to “requip” into different armors and weapons of differing attributes and power. Her mother is Irene Berselion, the inventor of dragon-slaying magic, who later became their enemy. 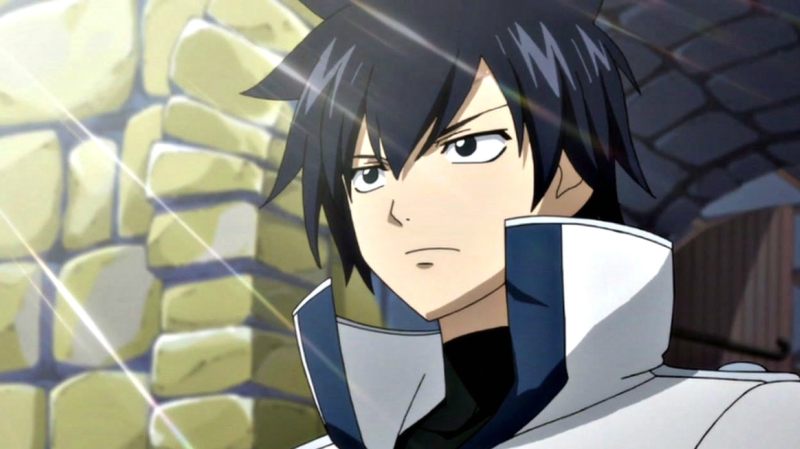 At a very young age, Gray Fullbuster already lead a life full of hardships. He lost his entire family after the demon Deliora attacked his town. He was adopted by Ur, a mage who is powerful enough to be one of the 10 Wizard Saints, along with his friend, Lyon Vastia. They were trained by Ur and was taught ice magic. Ur sacrificed herself to finish off Deliora for good, leaving Gray to join Fairy Tail. He specializes in ice-make magic, which enables him to create anything made out of ice from his mind. During the Tartaros Arc, he acquired demon slaying magic from his father, Silver Fullbuster, wherein he became a stronger wizard, strong enough to defeat a member of Spriggan 12. 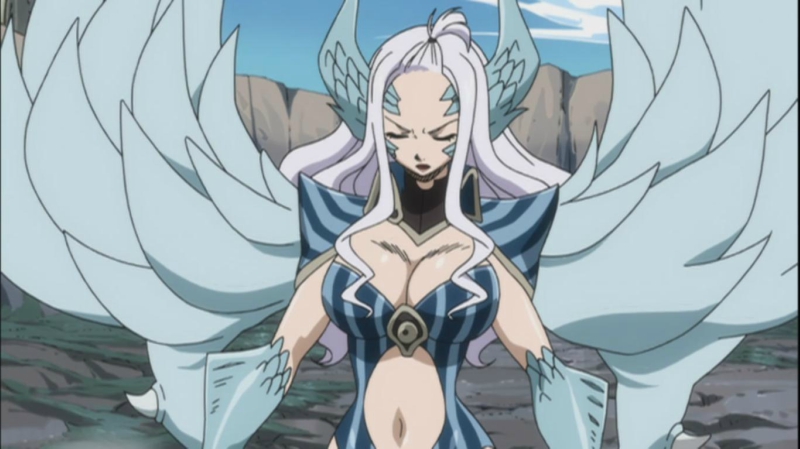 During the time when Lisanna was still presumed dead, Mirajane Strauss lost the majority of her powers, and it became common knowledge that Erza Scarlet is the strongest female member. However, due to Laxus‘ reckless actions, she was able to redeem her lost strength, and claimed the title with Erza. Mirajane is a skilled user of Take Over magic which allows the user to “take over” a certain being as well as its strengths and powers. She uses her specialization, Satan Soul, which enables her to take form into strong demons that she have knowledge of. After the Tartaros battle, Mirajane acquired new Satan Soul forms namely Satan Soul Seilah, who uses a very strong manipulative curse called macro, and her strongest Satan Soul form up to date, the Satan Soul Alegria. 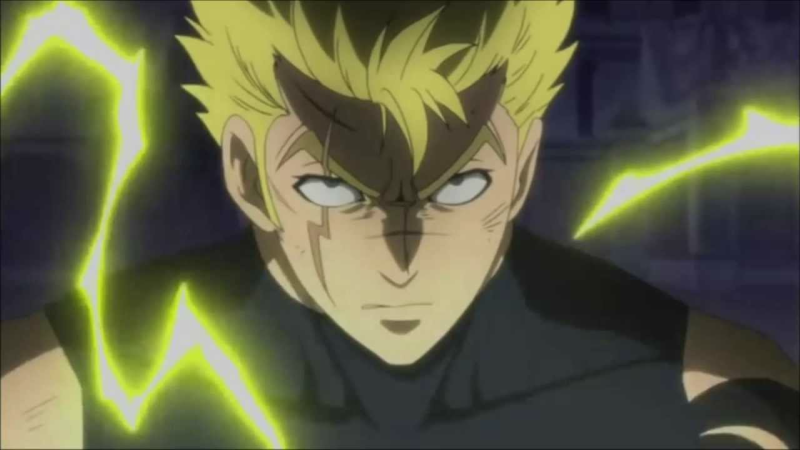 Laxus Dreyar is the grandson of the current Fairy Tail master, Makarov. Just like his great-grandfather Yuri, Laxus uses lightning magic and is able to manipulate lightning at their own will. Laxus is revealed to have a weak body when he was young, so his father, Ivan Dreyar, implanted him with a dragon slayer lacrima, which made him the lightning dragon slayer. Laxus used to be reckless and arrogant, but he soon knew the true worth of family and became a reliable and responsible Fairy Tail member. 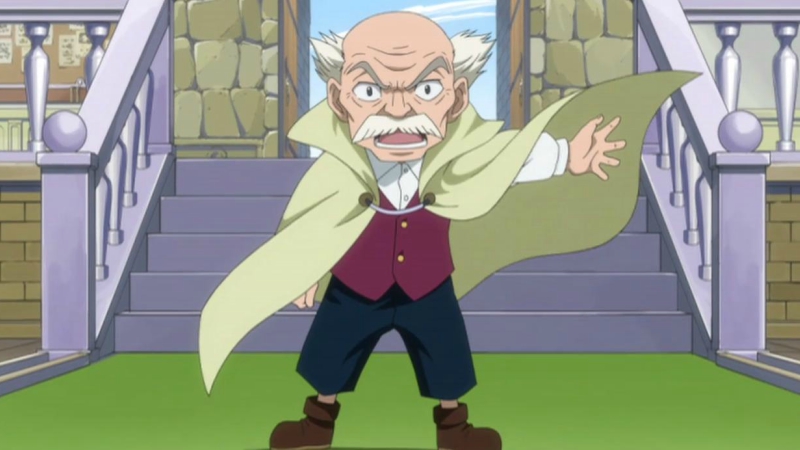 Makarov Dreyar is the 3rd (After Precht), 6th (After Gildarts), and 8th (After Erza) guild master of Fairy Tail. He is the son of one of the founding members, Yuri Dreyar, as well as the godson of the first master, Mavis Vermillion. Makarov’s signature magic is transforming into a giant with extraordinary strength that is strong enough to the extend of withstanding the strength of Acnologia. He also uses light magic as well as Fairy Law, one of the three great Fairy Tail spells. 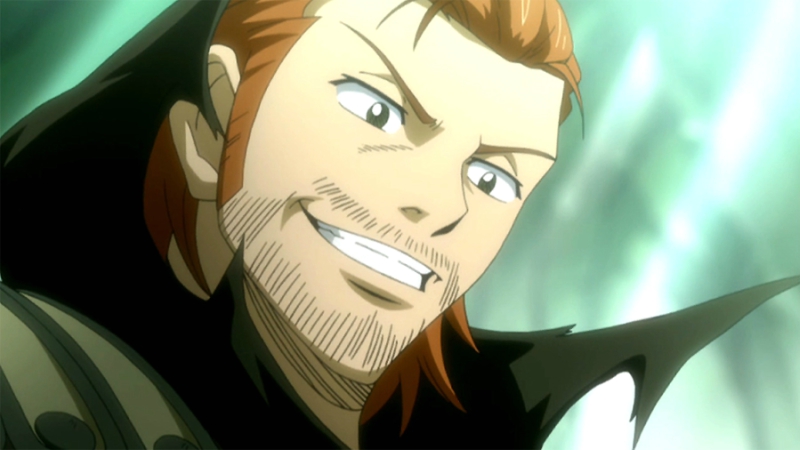 Gildarts Clive, known as the Ace of Fairy Tail, is also the 5th Fairy Tail Guild Master. He is the father of co-guild member Cana Alberona. Gildarts is an S-Class mage and is arguably the strongest male member of the guild. He uses an extremely powerful magic type called Crash Magic, which enables the user to break anything into pieces upon contact, or even just by his will. In the history of Fairy Tail, Gildarts had not even lost any battle except for his battle with Acnologia. 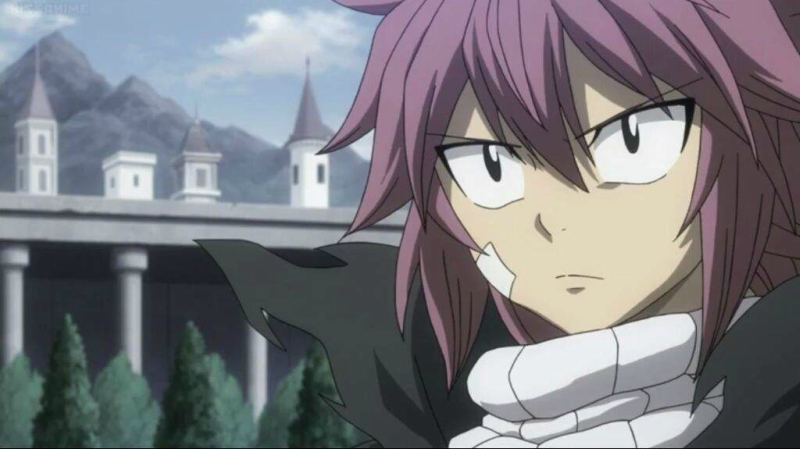 I, purposefully, intended to use a picture of him with his short-lived long hair because I really liked the look on him, and why not? Natsu Dragneel is the foster son of Igneel, the King of the Fire Dragons. He is also the Fire Dragon Slayer, which allows him to devour and manipulate fire. His partner is Happy, an exceed that hatched from an egg that Natsu taken care of. He, along with Lucy Heartfilia, Gray Fullbuster, Erza Scarlet, Wendy Marvell, Happy, and Carla are known as the guild’s strongest team. Natsu Dragneel is revealed to be E.N.D. or Etherious Natsu Dragneel, the strongest demon of the books of Zeref. Adding more twist to the plot, it has also been revealed that he is Zeref Dragneel‘s younger brother who died 400 years ago. He, along with enchantment power of the other dragon slayers, defeated the king of the dragons, Acnologia. 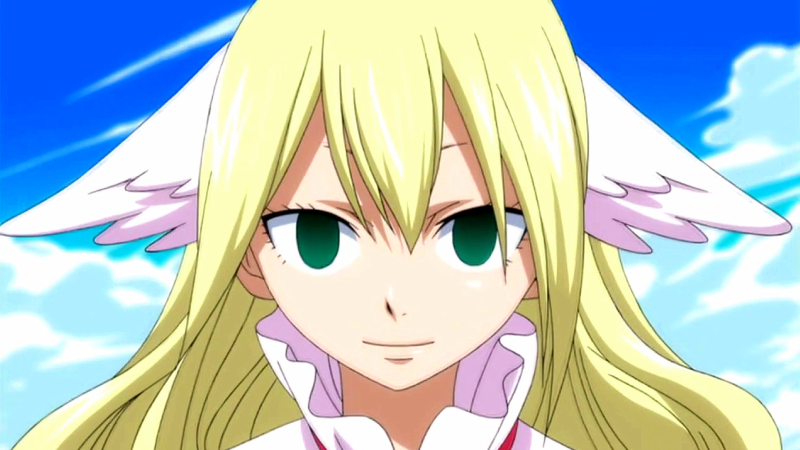 The strongest guild member of Fairy Tail is undoubtedly the 1st master, Mavis Vermillion. She is shown to have a very bright and positive personality as well as very sharp intellect. Along with Yuri Dreyar, Precht Gaebolg, and Warrod Sequen, Mavis built Fairy Tail. She self-taught herself illusion magic, and after an encounter with Zeref, was taught black magic. In an attempt to save Magnolia from a dark guild, she prematurely used Law, which in return, stopped her from ever aging again, retaining her very youth. It is later revealed by Zeref that she also acquired the curse of contradiction, which takes away the lives of who you take as dear.

Mavis and Zeref, sharing the same curse, fell in love, which, as the curse of contradiction took place, took the life of Mavis. Due to Precht and Cana’s efforts, she was revived in the present day. She, herself, is Lumen Histoire or Fairy Heart, the strongest type of Fairy Tail magic, which is known to be an infinite source of magic power. She is also the creator of the Three Great Fairy Tail Spells namely Fairy Sphere, Fairy Law, and Fairy Glitter.

In the end, Zeref and Mavis transcended as the curse of contradiction took place, where they loved each other leading to one another’s death. They are soon resurrected into human beings as Alreos (Zeref) and Mio (Mavis.)

And of course, there are also other powerful wizards from Fairy Tail including the strongest celestial spirit wizard Lucy Heartfilia, Juvia Lockser, Levy McGarden, Elfman Strauss, Cana Alberona, Loke, and many more. As much as I wish for a new volume from Mashima, it’s no use in hoping anymore, however, the possibility of a spin-off with their future children are not that far from reality as Hiro Mashima himself teased on his Twitter account.

Who are your favorite Fairy Tail characters? What type of magic is your favorite? Do you, by chance, have a different top 10 list from the above? Drop them down below!

Ok, sure. "Umpah Umpah" may not necessarily be my favorite Red Velvet release, but she gave us Seulgi in a raincoat. For that alone, I am eternally grateful.