AFTER an impressive year in drama land, the excitement does not stop at the pointy end of 2016 and early 2017.

Some of the most talented Hallyu stars, young guns and promising idols will return to the small screen with a variety of interesting scripts.

OH!Press picks out four dramas to look out for.

1. Legend of the Blue Sea (Premiere date: November 16 on SBS) 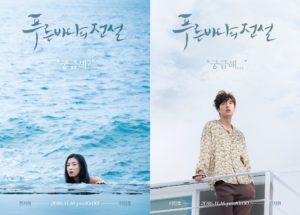 Top actress and mother-of-one, Jeon Ji Hyun makes her long-awaited comeback since the viral, You Who Came From Another Star. Korea’s favourite son, Lee Minho also returns from a three-year drama hiatus after filming The Heirs with Park Shin Hye. The duo pair up for the first time in this mermaid-themed drama. Jeon Ji Hyun is the last-standing mermaid on Earth, who meets a genius con artist portrayed by her leading man. There haven’t been many fantasy-meets-modern dramas of late and this proves to be a promising one. The sheer star power coupled with the intriguing plot is two early ticks for Legend of the Blue Sea. 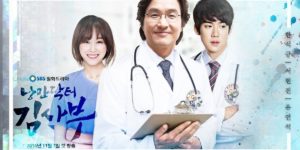 Talented actress, Seo Hyun Jin ditches her popular Oh Ha Young Again role for medical scrubs in Romantic Doctor Teacher Kim. Two quality leading men in Han Seok Kyu and Yoo Yeon Seok round out the leading cast. The drama is based on Han Seok Kyu’s Teacher Kim, the genious mentor of two younger surgeons, Dr. Kang Dong Ju and Dr. Yoon Seo Jung played by Yeon Seok and Hyun Jin. This drama is SBS’ second medical drama of the year after the successful Doctors, and it seems obvious the channel is riding on that popularity. This drama seems more focused on the medical side with a tinge of romance judging by its basic name. Nevertheless, this will test the versatility of the cast and it sure is worthy to check it out. 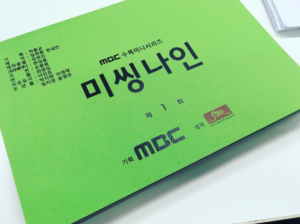 A-lister Jung Kyung Ho will act as a reporter, for the second drama in a row, in Missing 9 with solid actress Baek Jin Hee. Missing 9 breaks a two-year hiatus for Jung Kyung Ho and Baek Jin Hee, who headlined One More Happy Ending and My Daughter Geum Sa Wol. The storyline is about a K-pop star falling from grace and becoming a reporter. He and his former stylist are among nine people in the fight for survival after a plane crash. The two are touted to slowly develop a love-line. In addition to the leads are EXO’s Chanyeol, 38 Police Task Force’s Lee Sun Bin and Choi Tae Joon. Missing 9 appears to be an epic drama filled with mystery. Definitely pumped for this one.

What upcoming dramas are you looking forward to? Let us know in the comments below!

REVIEW | Na Ungjae Wonders What Went Wrong in His “Drama”

Ungjae makes an impactful debut. The song isn’t trying too hard to be mainstream, but rather delivers a nostalgic feel and an honest message. It’s the prefect release to listen to in the Autumn.