INTERVIEW | Get to Know BANANALEMON

Currently produced by STY, one of the biggest music producer responsible for hits from Koda Kumi and J Soul Brothers to Daichi Miura and Fairies, BANANALEMON is the newest artist in the girl group scene. They bring on a fierce energy that challenges all the girl groups with their amazing vocals and dance moves.

Comprised of four members, Saarah (Half-Black), R!NO, Nadia (Half-Filipino), and Mizuki, BANANALEMON is currently signed under Digz ENTERTAINMENT. Although they haven’t made their major debut, they’ve been releasing awesome tracks such as #SorryNotSorry, DIAMONDS, AND FOREVER YOUNG.

I’ve discovered BANANALEMON on YouTube before you were produced by STY. How did you guys meet each other and decide to create a dance and vocal group?
First of all, STY has happened to listened to Saarah’s demo tape (although Saarah has already stood out in dancers around Shibuya, she still aimed to be a singer actually), and he loved her voice so much and invited her to the studio.
STY comes up with producing Saarah as a singer in a small group, so called up two of her close friends, Mizuki and R!NO who has been forming a dance team with Saarah at that time, and Nadia who won the grand prize in STY’s singer contest.
Saarah is a great singer who can dance powerfully, R!NO is one of the nation’s most great dancers, Mizuki is Tokyo’s most snazzy dancer, and Nadia is the vocalist who has overwhelming singing prowess — these four brilliant characters have been gathered up by STY to create a new and different dance&vocal group.

Do you have any dreams or goals as a group? For example, performing at a certain music venue or collaborating with another artist?
Not only being widely known more in domestic market, but also to become a group universally recognized. We want to be in the international Billboard chart and loved by people all over the world!
This may sounds bombastic, but we want to be a historic girl group of the world like every big-name artists want to perform with us.

You may have noticed but there’s a large amount of international BANANALEMON fans. Do you have any desires to do overseas activities?
Yes, of course. We have actually been surprised by supportive messages from different countries everyday. We are very proud of being given warm supports from around the world even though BANANALEMON has still not debuted!
To say thank you for everyone directly, we are currently working aggressively and we will soon actualize the concert in YOUR country

I saw that you guys have filmed a music video for #SorryNotSorry, what should we look forward to?
Wishing as many people as possible to watch and enjoy our performance in the video. We actually prepared the special costumes and makeup. That would be the high spot as well!
This song contains a little bit aggressive expression, but we would be grateful if you all could slay it together!

What do you guys do for fun on your days off?
I always play music! (Nadia)
I go surfing! (Saarah)
I go shopping, nail and hair salon! (Mizuki)
I go studio and dance in freestyle! (R!NO)

Do you plan to do any more song covers on YouTube? I enjoyed the last two.
Yes! Is there any song request for Nadia? We hope you’ll be looking forward to it!

What is your favorite part about singing and performing?
Ad-lib part of songs! Also love to sing with other members. (Nadia)
Sexy dance and making a bold performance with raising my voice. (Saarah)
Dance part moving in sync by all. (Mizuki)
My solo spot of the dance part! (R!NO)

What is a genre of music/concept that you would like to try?
We want to try R&B, something sexy, and Reggae.

Where do you see BANANALEMON in the next 5 years?
We are happy if BANANALEMON will be loved by many people of the world, and will become the group that performs brilliantly across borders. 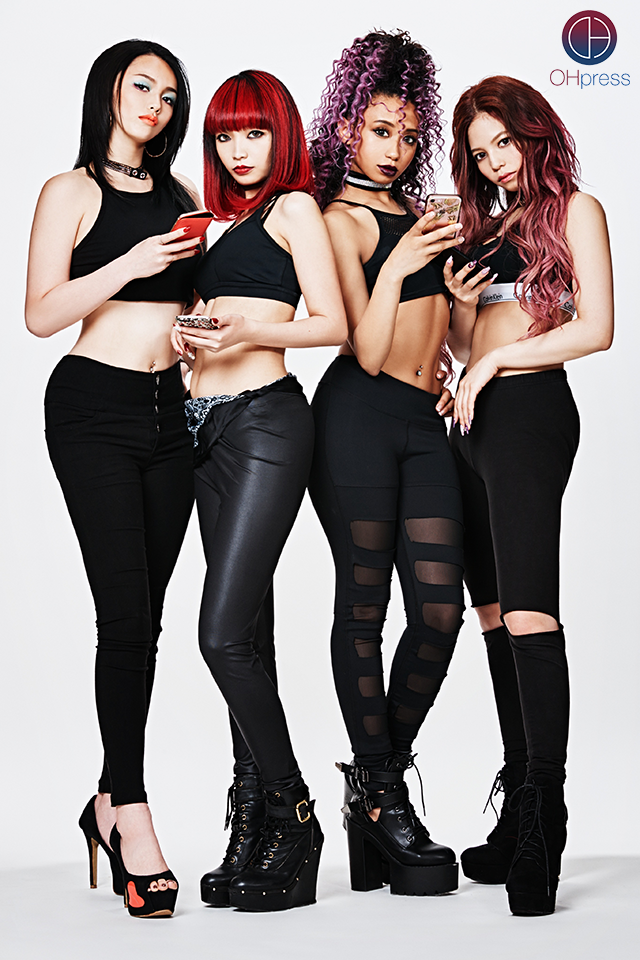 A few fans have submitted their own questions for BANANALEMON

I love your style! How would you describe your fashion?
The entire image is the revival of the 90s!
We aspire the 90s’ R&B fashion icons such as Aaliyah and TLC. We are making a point of adding somewhat cuteness into the hard image like leather, black, tight line, etc. BANANALEMON’s concept is “cool girls”, “girls crush.”

Who are your music influences? Are you going to release an album someday?
Musical style of BANANALEMON is definitely influenced by 90’s R&B made by our producer, STY.
We are currently working on a bunch of new songs though we don’t still have any plan for our album. We may not necessarily have to stick to the traditional format of album. No one knows!

How did the name “BANANALEMON” come about? Was it a name you came up with?
This should still be hidden.
The clue is that our name has a fascination of relativity like fusion of BANANA’s sweetness and LEMON’s sourness.

What is BANANALEMON’s charm point? What makes you girls stand out?
Competitive attitude.
We believe that kind of mind and attitude trying to improve by learning each other must lead to the high-quality performance! Anyway, the best part of BANANALEMON is live performance so please check it out at least once!

I’d like to thank BANANALEMON for taking the time to answer all of these questions. Was there something awesome or new that you found about them and what song do you want Nadia to cover? Leave your comments down below! 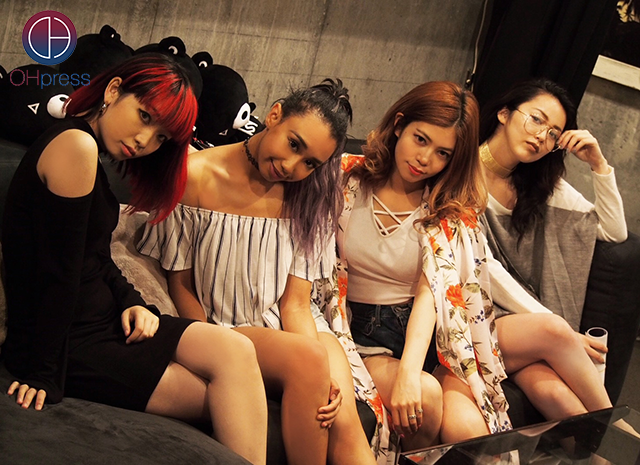