Interview: How Taewan Expresses Himself Through His Music

OneHallyu was very fortunate enough to interview Taewan, also known as C-Luv, thanks to his management label, Brand New Music. C-Luv is a Korean R&B songwriter and composer who has worked with various people such as Verbal Jint, San-E, and Gary of Leessang. He also produced many songs for girl group, D-Unit, like “Luv Me” and “Neujjam Pt 2”. OneHallyu was able to talk with C-Luv about his recent releases, upcoming album, and his experience as a producer and a songwriter.

OH!: Hi! Can you give us a little introduction about yourself.

Hello everyone! I’m someone (Taewan) also known as C-Luv! Lol

It’s really nice being able to greet you guys like this!

OH!: First of all, I would like to say congratulations on releasing your latest single “말해서 뭐해” (No Need to Talk) along with “Purple Drinks”! Can you tell us a little bit about both of your songs?

Hmm. These two songs are like a prelude to my next album. The name for this single almost became “A Letter to Myself”, but worrying that it would narrow too much of the audience, it became what it is now.

“No Need to Talk” is a track expressing willingness to show and prove love to a lover rather than just talk. Of course, it is a message to myself as well. It’s a track produced from LISH’s beat which I had kept that I had really liked. To talk a little about the process of making it, I, at first, used a lot of strong expressions, but changed it to fit the flow of the song. If I had the opportunity, I’d like to share that version too. Also in the lyrics, there’s a part near the end of the bridge that goes ‘보여주고 증명해(show & prove). This is something that Rhymer (our representative) often said, so it actually means “I’m starting over at Brand New Music’.

Well Everyone! Please all look out for me while I rise up in this scene again. This song is like my declaration!

No need to talk more, I’ll show you! Though I do need lots of your support and cheers! Much Luv!

A lot of people think Purple Drinks refer to sizzurp, but in the song, it actually means ‘forbidden desire’.

It’s a song that contains my deep thoughts. I wrote down worries about desires that keep getting bigger and bigger and thoughts within that side of me. I think it would take a lot of time to really interpret this song. I hope I get that chance to fully explain it to my fans! lol

I hope you guys enjoy the tracks and nod along with me like my song “History”!

OH!: What inspired you to produce your latest single?

Inspirations are always from me, since my music comes from my experiences. Sometimes when I outsource some of my music, inspiration also comes from outside. With my songs, I always try to write my own stories.

The lyrics to these tracks are from long nights with me listening to beats for hours on end. Also, upon talking to Verbal Jint recently, I became captivated in the joy of ‘strolling’, so I’m trying to spend some time doing that as well. Also in the past, I tried to be in the studio a lot to work on music, but I try to be out more nowadays.

OH!: I noticed many of your songs had collaborations with other artists. Whom were some of your favorites to work with? (Were there any collaborations that particularly stood out to you?)

Hmm… There’s just too many! Everyone’s really cool. Verbal Jint, for example, and oh yeah, recently I had the opportunity to work with AOMG’s singer-songwriter ‘전군’, whom I’ve known for a long time, and is also a rare R&B specialized producer in Korea. When I talk to him, it really feels like we can share our thoughts together, since we’re into the same things, sometimes giving me new ideas I haven’t thought of before. It was really pleasant working with him.

OH!: How long does it usually take to produce and write a song? 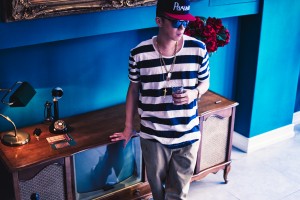 It depends on the situation. Sometimes I finish up to recording a song in two hours. Sometimes the same process takes 2 weeks. Mostly though, I try to finish a track while I’m in the studio once I hear it. If there are some beats I like, I almost immediately write lyrics or make a melody. Even when I make my own beats, I try to finish it with a melody as well. I think that music comes from explosive surges of emotion felt in just moments of time., so I guess that’s why I’m in the studio too much, since I need to be ready to express my feelings at any time. It’s what makes it an easy and difficult process at the same time

OH!: Are there any (what kind of) difficulties that you encounter when you create a song? If so, how or what are some of the ways you overcome this obstacle?

There were some hardships in making this album. I am worried whether I should write down my stories or tell something that I wanted to tell others. When I’m at such a cross point, I usually consult Rhymer, and more recently try to resolve some of this by “strolling” (introduced by Verbal Jint). Also recently, producer XEPY told me of writing lyrics with the help of observing people, but I haven’t tried it yet. I hope to next time though!

OH!: What does music mean to you?

Breathing. I won’t be alive without it!

OH!: You have been in the industry for quite a while, do you have any advice to people that want to follow a similar path like yours?

Give it everything you’ve got. Sometimes there might be times where you have to compromise your principles or change your music due to money. But even through those times, you should keep your head up. I’ve chased money before, and also tried to keep my principles as well. What becomes of all this later is what’s inside of you. Don’t chase after money, follow your dreams and the music that you want to pursue.

OH!: Finally, thank you so much for taking your time to do this interview! Please leave a message to your fans! 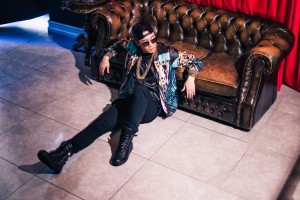 It has been quite some time since I last showed my music. No matter what now, I won’t leave my fans now. I’ll let you hear my voice every day, sometimes sweetly, sometimes coldly, and sometimes turned up! Or gloomily or sexily. Whatever you want to hear in my music! Please stay tuned for my music and I love you all! Much Luv !!

OneHallyu would like to thank Brand New Music for translating this interview, and we’re grateful for having this opportunity. We highly recommend checking out some of his music especially if you are interested in R&B!

Here’s a playlist made by OneHallyu to check out Taewan’s songs!: