Interview with Jhameel: “Achieving the Vision”

Known for his many talents, Jhameel is a Korean indie pop musician living in the United States. He writes and produces (with a help of a small team) each and every one of his songs. Prior to becoming a musician, Jhameel graduated from UC Berkeley with a degree in Arabic. He was also in the military, but the military challenged his ethics so he made the decision to pursue a career in music after he left the army. Over the years, he has steadily gained recognition as a passionate and talented artist through his amazing music.

OH!: Hi there! Can you give us a little introduction about yourself?

Hey! I’m Jhameel, I’m an indie youtube pop artist. I’m semi-secretly a sci fi geek, I have a phobia of worms and mollusks, and funk music is my passion.

Really tough and really fun. The fun part is you have full creative control and get to work with the people you love, which to me is the greatest thing ever. Anything feels possible and you can create whatever’s in your heart and mind. The hard part is not the dreaming though, it’s achieving the vision. Competing with the noise of the internet is a massive challenge already, and doing it with a small team and tiny budget as opposed to a label is I think one of the most intense endeavors anyone can undertake in this day and age. I wouldn’t give it up for the world. 🙂

OH!: Have there been any moments where you wanted to give up on music? Or what hardships have you encountered on your music career?

The last album “Lion’s Den” took more than two years to make, we expected it to take 5 months. That was really tough on our team (me, my manager/live bassist/co-producer Ryan Rubin, my video director/live guitarist/co-producer Kasper Smits). We pretty much drained every last penny of our resources into that album, we started losing momentum as a brand, and at times the album didn’t seem to have strong vision. Luckily we pulled through for each other in the end even when things seemed really hopeless, and we really made it work. The whole experience made us a lot better and stronger. 🙂

OH!: How would you describe your music?

At the core it’s pure pop because of the structure. I like to play around within that structure though, like my favorite thing to do is to take soundscapes from more left-field indie songs I like and mix them into poppier melodies and chords.

OH!: What do you hope to accomplish with your songs; what kind of messages do you want to send out to your listeners?

There’s one message I really want to convey in everything I do: Go beyond accepting the flaws, imperfections, and damages in life. Find beauty in them. So many of us are under pressure to always try to be perfect; to look perfect, go to the perfect school, have the perfect job, be a perfect person. I think if you learn to embrace and love the flaws within yourself, you can achieve something greater than perfection: balance.

OH!: What are some of your favorite songs that you have produced and/or written? Why?

The latest one I released is one of my favorites.  It’s called “Can’t Sleep”. I always have a hard time falling asleep, I like to think that the song can accompany all the other people who stay awake thinking about little interactions throughout the day. 🙂

OH!: Are there any upcoming projects your fans can anticipate from you? (another album? touring? showcase?)

Got another single in the works that we’re really excited about. 😀 I’ll be visiting plenty of colleges throughout the year for shows as well.

OH!: According to your bio, you state that you know five languages and know to play 14 different instruments, how were you exposed to these?

My father was a famous violinist, so there were always a lot of instruments around the house that I played with as a kid. I picked up the languages over the years from my family, school, and travels, it’s always been a sort of hobby of mine to learn them.

Either almost or on the way to having a ticket to a space expedition to Mars. 😀  Nope I’m not kidding.

OH!: Finally, thank you so much for taking the time to do this! Please leave a message to to your fans! 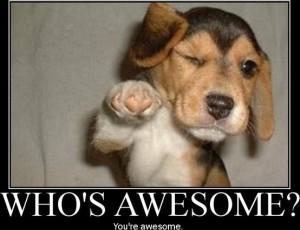 Shadow of a Man

OneHallyu would like to thank Jhameel and his management for granting us an interview. We wish him the best for his future endeavors!