Beverly is a new artist in the J-pop scene who happens to be fully Filipino! Beverly moved to Japan in 2015 to start her career and signed on with Avex in 2016. Beverly’s big break came when her song “I Need Your Love” was used in the Fuji drama, “CRISIS” starring Shun Oguri and Hidetoshi Nishijima. She released her debut album,“AWESOME” back in May 31st, 2017.

What sets Beverly apart from other young singers her age are her vocals. On her official profile, it states that she can reach the high “5A” range. After winning various amateur singing contests in the U.S, and training with the famous composer Vehnee Saturno, she eventually landed in Japan. At the annual A-Nation event, Beverly was appointed as the “Shooting Act,” the name to look out for for a new artist . She received a very positive reaction from the crowd, which lead to her being included in Disney’s ” Magical Pop Christmas.” 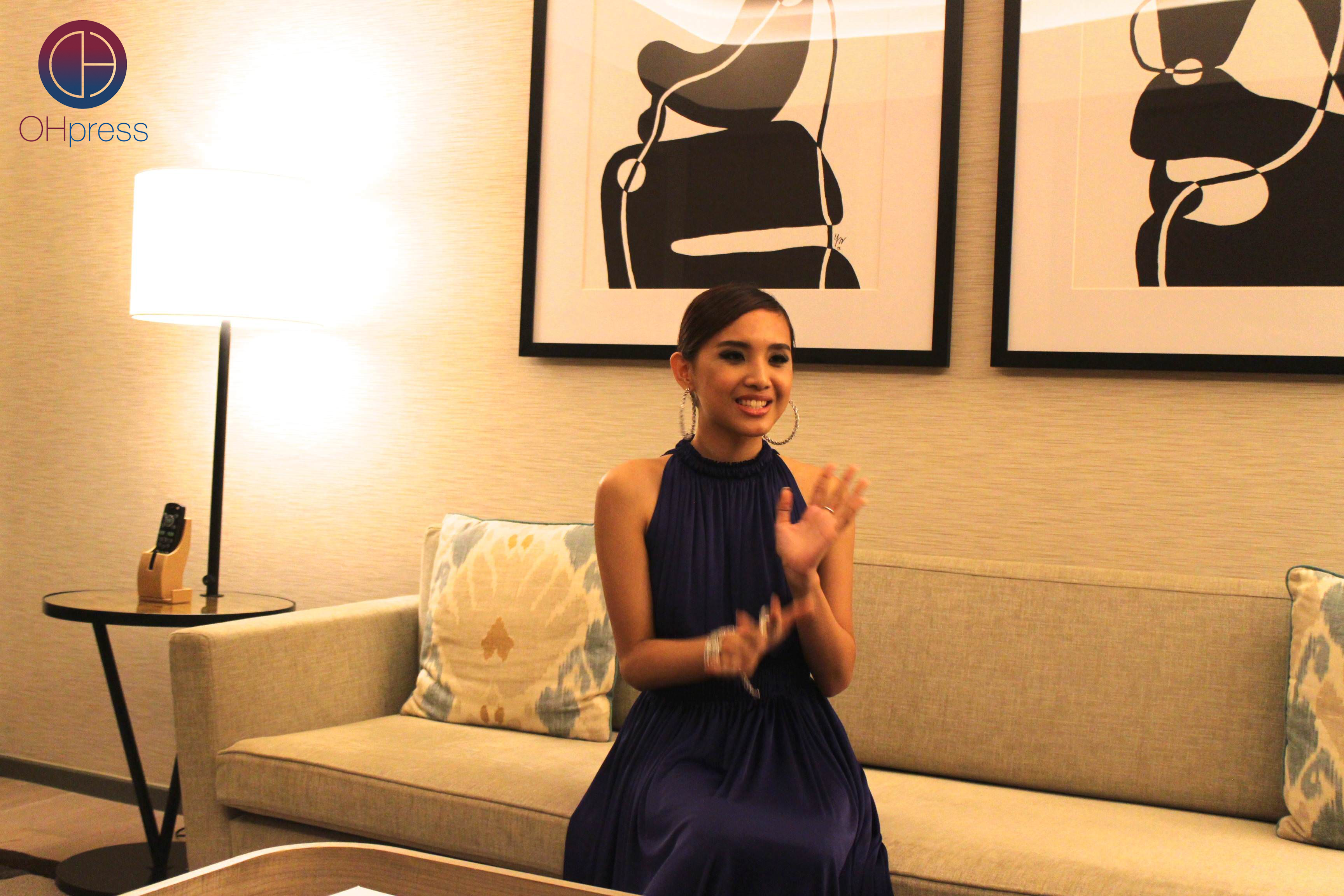 Congrats on releasing your debut album ‘Awesome’ as well as your first one man live! Did you have any favorite tracks in the album?
I loved all the songs. I really worked hard during the recordings and practices so it’s hard to pick a favorite. However, one of the most memorable song is definitely “I Need Your Love”. It is an upbeat and cool song. Very pop. Also, it’s an honor that this song became the theme song of a very famous drama in Japan, named “CRISIS”.

What made you want to make a career in the Japanese music industry?
Ever since I was a child, I’ve always wanted to go in Japan. I used to watch a lot of Anime and Japanese dramas in the Philippines. I know about J-pop as I listen to Anime theme songs. I remembered when I was in High School, my friends and I used to search for the romaji lyrics just to memorize the songs. So even before I was hooked by J-pop, I wanted to know more about J-pop music and also about the culture of Japan. So I was very happy that I was able to go to Japan, not just to visit but also to pursue my music career.

How long have you been into singing?
According to my mom, I started to show signs that I could sing when I was 5 years old. However, I was too shy to sing in front of people, so I was not able to perform a lot. My mom really supported me ever since, enrolled me in vocal lessons and accompanied me to different towns in the Philippines to join singing contests. By doing that, I became more and more confident with singing in front of people.

Do you have any dreams or goals as a singer? For example, performing at a certain music venue or collaborating with another artist?
Before, if you asked me about my dream, it was just simply to be a singer. It’s not very specific. I just wanted to sing, have my original songs and share my talent. However, after experiencing a lot of things while being a singer here in Japan, my dreams became broader. I remembered when I had the chance to be an opening act in Kyocera Dome in Osaka. It felt so good and it made me think, someday I also want to perform in a big dome like this. I want to have my own concert in domes and also tour in Japan. If possible, I also want have my own Asian tour and of course in my country, Philippines. I also want to let my songs to be heard in the mainstream, like in the USA, Asia and in different parts of the world. I still have a lot of goals and dreams and maybe as I go on in this journey, I will have new goals and dreams but for now I will do my best, learn a lot and take a step forward even if it’s a small or big one.

Have you considered getting more involved with writing lyrics or composing your own music?
Yes, I do! I also want to try to make music arrangements. Right now, I am still new with writing lyrics but someday I want to do more of that. For now, I will first study how to arrange songs and be more knowledgeable about writing songs.

What do you like to do for fun on your days off?
I like to watch movies, hang out with friends and on Sunday, I will go to church. I also jog when I have time. Also, if I saw a café or shop but don’t have time to go there, I go there when I have the free time to try if the place is good or not. I really like to try new things especially when I came here to Japan because there are things that are different from my country, like food and culture. By trying these things, I got to learn more about the differences and the uniqueness of the countries and places I go to.

Many fans have noticed that you have similar vocals to Ariana Grande, what do you think of that?
It is an honor! I really love Ariana Grande. Ever since I heard her song, ‘Almost is never enough’, I became a fan. I love her, and sometimes, I may have sounded like Ariana Grande. However, I want make my own music career and let everyone watch me perform and listen to my songs as Beverly.

What is your favorite part about singing and performing?
I love it when the audience sing and spend my live performances with me happily! When I see their smiles as I sing, it’s very fulfilling as a singer. I also love it when I am recording new songs and all of the songs are challenging, but I got to learn through the process and when I finally listen to the final mix of the song. I feel happy and amazed on how the raw music, voices and instruments, which were initially separated, were put together and it creates a masterpiece. That is really an art.

What is your favorite song to perform?
My original songs! I love all of them! I could sing them forever and be proud that I got the chance to sing all of the songs and work with the geniuses of music industry.

Who were the people who encouraged you to enter the music industry? Did you get any criticism/face any obstacles?
My family. Especially my mother. Without her support I may still be the shy girl who is unable sing in front of people and regret not doing that. So, I’m thankful that I have a very supportive family. Even though we are not together, they are in the Philippines and they still support me all the way. Also, my fans who have been very sweet ever since! I really appreciate all their support, comments, applause and efforts to go for my lives! They motivate me to keep on doing what I love to do, and I am more than happy to always share my talent with them! I think the greatest obstacle that I may face is the fact that because I am shy, a bit insecure and always feel that I am not good enough. However, that was before. It is really true that experience is the best teacher because it taught me lots of things and one of those is to be more confident.

Where do you see yourself in the next 5 years?
5 years from now, I will be still singing! Because I’m planning to do this forever! I will have a tour in Japan and Asia and my songs will be heard to a lot of countries. I will pray for that and of course, work hard for that to be a reality!

A few fans have submitted their own questions for Beverly

Are there any ideas or concepts you have for your next songs?
Everyone should get ready to hear my new songs as I challenge myself into different genres. And also, in my first album, there are lots of broken hearted songs so I am planning to have songs which also celebrate love!

I’d like to thank Avex and Beverly for taking the time to answer all of these questions in detail. Was there something awesome or new that you found out about Beverly and what was your favorite track from her debut album “AWESOME.” Leave your comments down below! 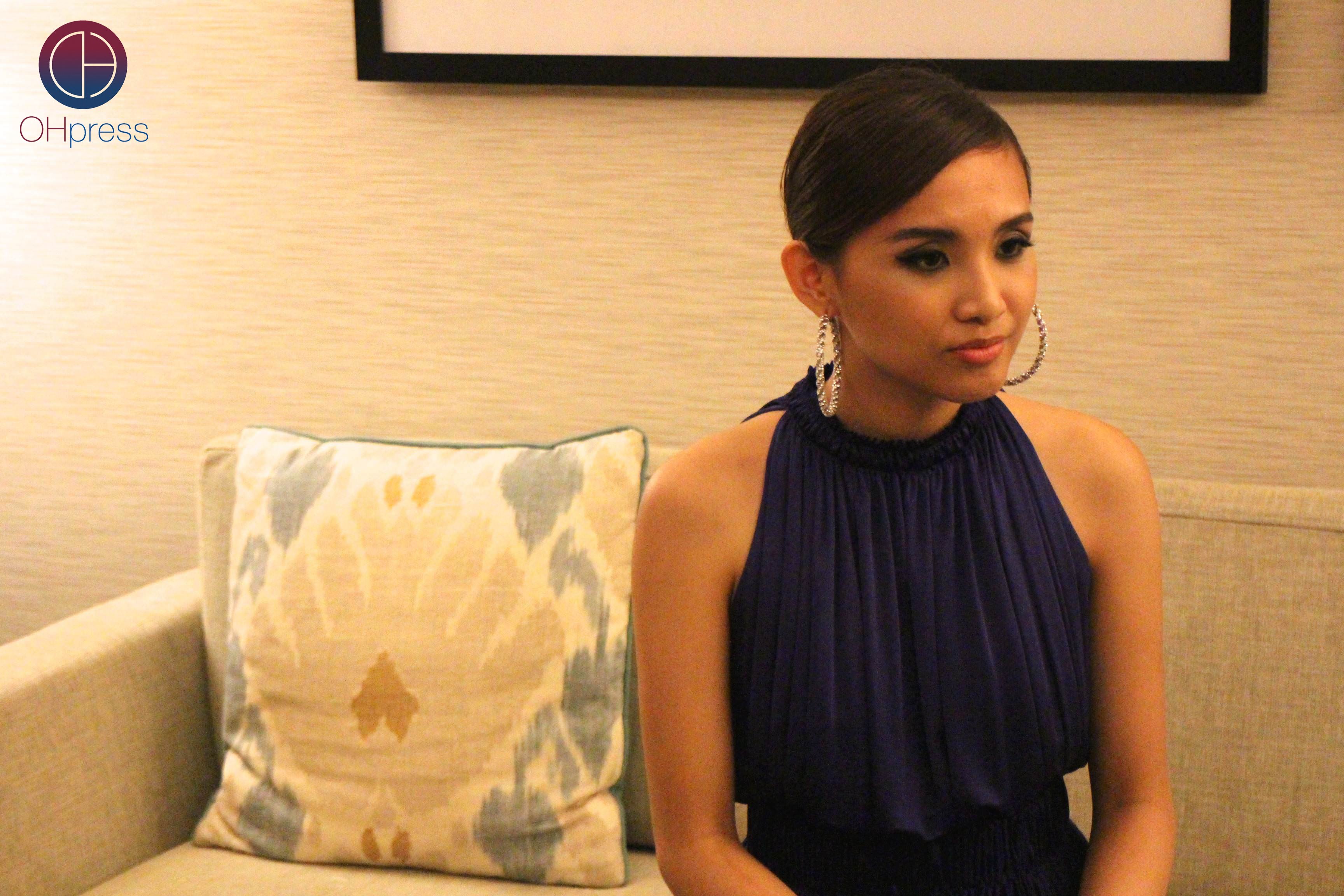