Interview with Veteran Rapper Kebee: “Being a rapper wasn’t a choice”

by Maisha A.
in Featured, Interviews, Korean Entertainment
7

If you follow Korean hip hop closely, then I’m pretty sure most fans recognize Kebee, a veteran rapper active in the underground scene. He was one of the founders of Soul Company, a company that had artists such as Mad Clown, Crucial Star, Fana, the Quiett, and more. At a time when hip hop wasn’t as popular, the company and its artists helped make it more known (source). The company ended in 2011. Kebee is also a member of Eluphant, along with rapper Minos. OneHallyu had the honor of interviewing Kebee and gaining more knowledge of the Korean underground hip hop scene, as well as learning more about Kebee himself.

OH!: Hi, can you please introduce yourself to those who may not know you?

Hello, I am Korean hip hop musician Kebee. It’s nice to meet the users at OneHallyu. I mainly live and practice in Seoul.

OH!: You’ve been active in the hip hop scene for a very long time! Can you tell international fans more about underground Korean hip hop scene, such as a brief history and what’s it currently like? What are some of the good and bad things about it? How much has it changed from when you first started until now?

In Korea in the early 2000s, I began my music activities. In those days, hip hop had not been properly established yet in Korea and there weren’t many active Korean hip hop artists. However, there were a few hip hop-centered clubs that featured live performances from Korean hip hop artists.  Steadily more and more artists performed and released their own albums without a company or agency. Also during those times, while the internet was quickly becoming more popular, many overseas artists, including American artists, were gaining more and more popularity, more than they were before. More distinctly styled and skilled musicians were able to come out. These days, the interest in hip hop in Korea is very strong, and there are many popular and famous hip hop musicians. I hope that it’s not just a passing trend and the interest in hip hop doesn’t pass quickly.

OH!: How did you come up with the name Kebee?

It is a name that was made up during my middle school days.There’s no real meaning. I liked the nuance so I decided to use it and even now I continue to use it.

When working as a solo musician, I want the musical color to 100% reflect who I am at the moment and to be something that I can achieve.

OH!: When did you and Minos decide to become a rap duo and how did you come up with the name Eluphant?

Minos’s first album came out towards the end of 2005. Minos had just been discharged from the army, and we had talked about making an album together.  While spending a few months together at the house I was living at, we prepared our first album called “Eluphant Bakery”. The team name “eluphant” was chosen because the elephant and the Japanese porpoise (pronounced Eluka) are our favorites animals so we combined the pronunciation and made the “eluphant”.

OH!: Your album, “Lost and Found”, seems personal and emotional. Can you tell us more about it? What was the inspiration behind your lyrics?

As for this album, it is an album that was made in my 20’s.  My music activities were dissolved with Soul Company, so my music activities were stopped for a short moment of time. This album was made by condensing all my emotions from everything and expressed into one big metaphor. It is an album that was made in order to express my mentality from the time about reminiscing the time past by that has been forgotten about and going out and discovering a new vision.

OH!: Not long ago, you announced a future Eluphant album in works. A lot of Korean hiphop fans, including myself, are eagerly awaiting it. Can you give us some insight of what we can expect from this album and how it will differ from your former releases?

This album that we have prepared is formally our third album. Because we took a lot time to create this album, we are putting forth a lot of effort. (Of course I am earnestly waiting for this album). While maintaining our music color we had from before, we are trying to make an album until it is refined and polished. 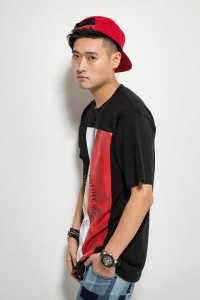 OH!: You have worked with quite a few artists. Which collaboration was your favorite? In the future, who would you like to work with?

If I work with other artists, I am always learning things, so it is really pleasant for me. Choosing out of all my favorite artists is really difficult. Recently while making an album with the group that I belong to called Speaking Trumpet, I got to work with many different hip hop artists and do collaborations which I haven’t done for a long time. It was really great making an album together with many of my favorite musicians. Not only hip hop artists, but I want to interact with various types of artists as well. While interacting with dancers or painters (artists), and writers, through various creative connections, I want to show a new perspective of art through these various creative connections.

OH!: Who are some of your favorite Western musicians?

Right now, my favorite hip hop musician is Kendrick Lamar. I get inspiration from him and want to learn from his rap performance, lyrics, his artistic viewpoint, and among many other aspects of his artistry.

OH!: Why did you choose to become a rapper? Do you have any regrets about the path you chose? If you weren’t a rapper, what would you have been doing now?

For me, being a rapper wasn’t a choice. I like rap and hip hop so it’s something I naturally came to do and now it’s the thing I am most proud of. I have absolutely no regrets. If I didn’t do music, my life wouldn’t be better than it is today. Before I started rapping, I dreamed of becoming a poet or a fiction author, so perhaps I would have become one of those [if I didn’t become a rapper].

OH!: Your crew ‘Speaking Trumpet’ has finally released their first Compilation Album on the 9/29.Could you tell us a little bit more about the crew? How was it working with them on this album?

In the middle of 2000, there was an organized meeting of hip hop musicians. It wasn’t about our careers or our business relationship, we were all just chillin’. Actually, we said we would make music together last year. Even though it took much longer than we originally planned, we were able to produce an album containing six songs.

OH!: You are also part of Bulhandang, a stand out crew, which houses hip hop pioneers, including MCs, DJs and producers like MC Meta, Naachal, P-Type, Sean2Slow, Artisan Beats, etc… How did you join them and how do you feel being part of the ‘veterans’?

Originally in my teenage years, I had a meeting with musicians I really liked and wanted to work with. Two years before, my hyungs asked me if I would become a part of their team. I gained self-esteem because I became a member of their crew. I have been making hip hop music for more than 10 years so I know methods of making good music, but I think I should always be interested in discovering a new kind of flow. There is an advantage. Since I am able to reflect how I am feeling at the time, those exact feelings can be felt in music’s individual message and disposition. Since we have to create Eluphant’s music color and concept, doing solo activities is different, but it’s also fun in a different way. When we perform as a team, there is definitely more energy flowing than when I perform solo and because we are able to do various different kinds of performances, and I think I gain energy and vitality from our team activities.

OH!: Using only 3 words, how would you describe yourself as a musician?

(Author’s Note: I think he added daily life together to make it one word)

OH!: Thank you so much for doing this! Please leave a message for all of your fans!

Thank you for gaining an interest in Korean music and hip hop. Please keep interest in Kebee and Eluphant’s music. Thank you! 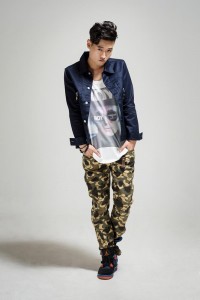 As we worked on translating the articles, we found Kebee’s interview to be one of the most impressive interviews that we have done! He was very articulate and thoughtful with his answers, giving us a better glimpse of the man behind the music. Poetic would be one way to describe his responses, as the answers are really well-crafted and poignant. It wasn’t a surprise from one who would pick poet/author as a possible career choice, I must say. This was such an enjoyable interview for me because I learned so much from him. To be honest, when I contact rappers/hip hop artists for interviews, I usually get really nervous because some of them seem really intimidating, but it was really nice talking with him and I felt really comfortable!

(Author’s Note: He gave me another link for the third song, “Her Office”, but the account was suspended so I found another video)

This talented rapper made wonders in his discography, both as a solo artist and as a member of Eluphant, and I highly recommend checking them out if you are interested in Korean hip hop. On behalf of Onehallyu, I would really like to express my gratitude to Kebee for taking the time to do this. We wish you much success and happiness! I’ll definitely keep on supporting him.

Also thank you to user Pish, one of Kebee/ Eluphant’s biggest fan, who contributed in sending in some of the questions.

Finally, a huge thank you to Amanda M for translating Kebee’s interview for OneHallyu.