by starsocks
in Featured, Korean Entertainment
4

The wait is finally over. After eleven long weeks, the second season of the MNET survival show “Produce 101” has come to a close. Produce 101 was initially established in 2015 with the goal of producing Korea’s best girl group from a pool of one hundred and one trainees from forty-six different entertainment companies. The viewers acted as “National Producers,” who voted on which eleven girls would make the final cut. After a successful run of the resulting eleven-membered girl group, IOI, we were given a second season, this time with boys. Now, it’s finally time to reveal which eleven boys succeeded and were named members of “Wanna One.” 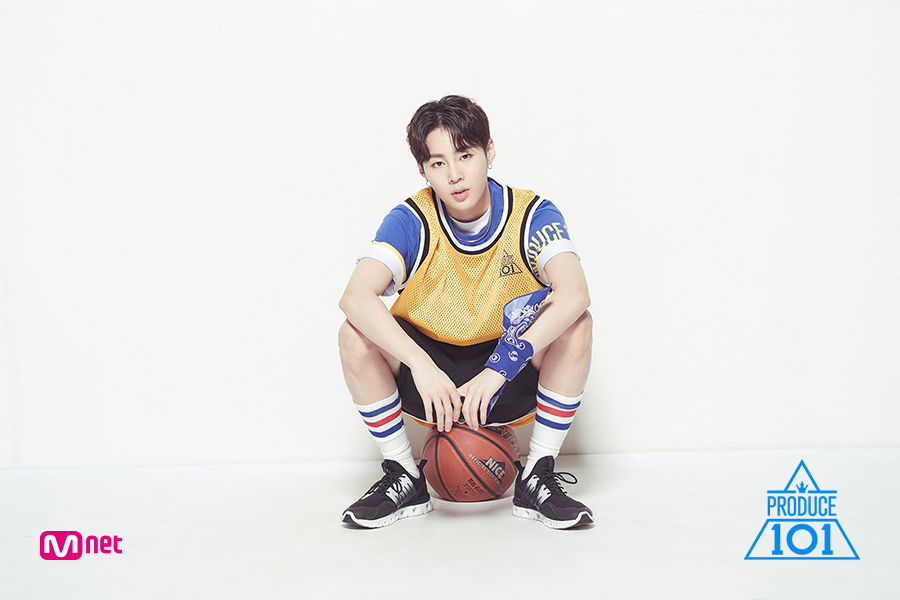 Ador & Able’s Ha Sungwoon first made his public début in 2014 through boy group “Hot Shot.” During episode one, Sungwoon and his labelmate Noh Taehyun left a lasting impact after their powerful rendition of Block B’s “Very Good.” Sungwoon was subsequently sorted into “A” class, where he assumed the role of group leader. Sungwoon continued to lead his peers during the next evaluation, this time the “Boy in Luv” team, who managed to score a win. Throughout Produce 101, Sungwoon gained recognition for his outstanding vocal talent and general performance skills. Although Sungwoon’s talent was acknowledged, he wasn’t among the highest rankers until he unexpectedly rose from twenty-fifth place to third during episode ten. In the season finale, Sungwoon managed to remain within the top eleven and claimed his spot as the eleventh member of the group. 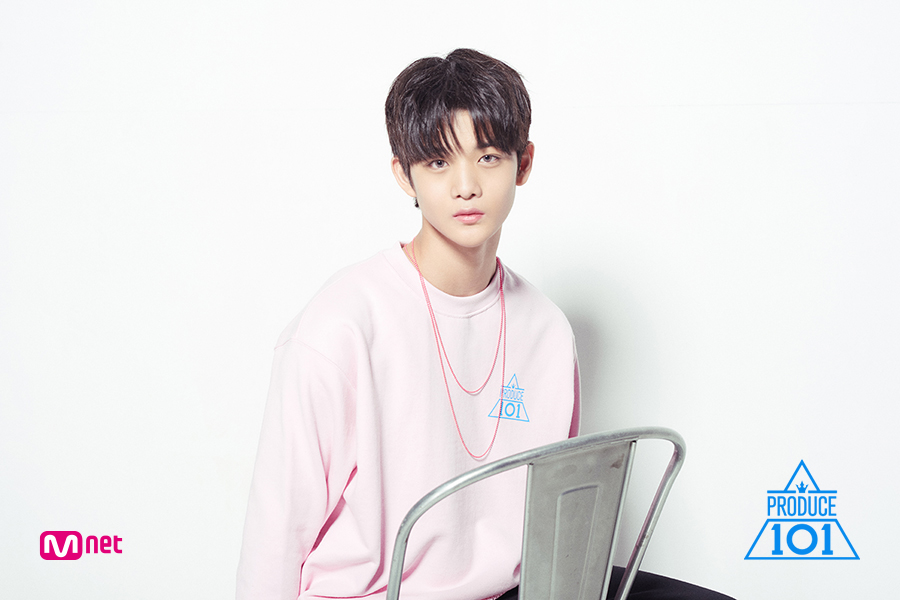 After the initial introduction videos were released, C9 trainee Bae Jinyoung became a hot topic for his outstanding visuals. In fact, his fellow trainees voted Jinyoung as one of the top visuals in the competition, second only to Park Jihoon. During the first episode, Jinyoung performed “Growl,” showcasing his potential but disappointing the judges with his lack of confidence. Once again, during the “It’s Me” evaluation video, Jinyoung demonstrated low confidence with a muffled voice, looking at the ground. However, as the competition progressed, Jinyoung emerged from his shell and proved that he wasn’t just a pretty face. Jinyoung’s amazing vocal color became clear, and fans continued to shower him with support, eventually landing him in tenth place. 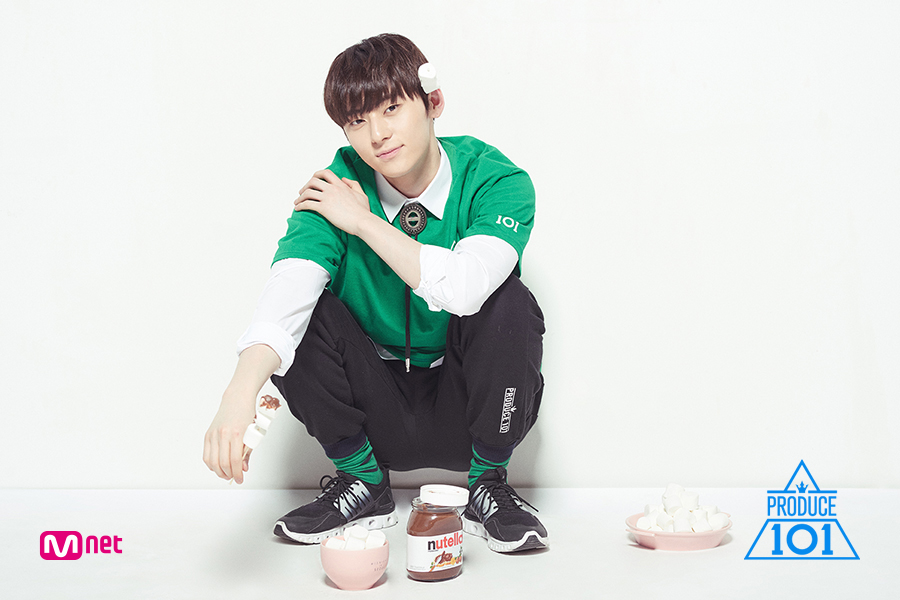 When it was confirmed that Pledis Entertainment would be sending four of their artists from senior group NU’EST to compete on Produce 101, a show for trainees, they received mixed reactions. However, nobody could help falling for the lovable NU’EST members, and ultimately talented NU’EST vocal Hwang Minhyun was chosen as the ninth member of Wanna One. Hwang Minhyun’s maturity along with his cool personality meant that he was a role model for many young Produce 101 contestants, showing them leadership and affection. Hwang Minhyun’s vocal talent, personality, and kindness was evident through Produce 101 and allowed him to succeed in the end. 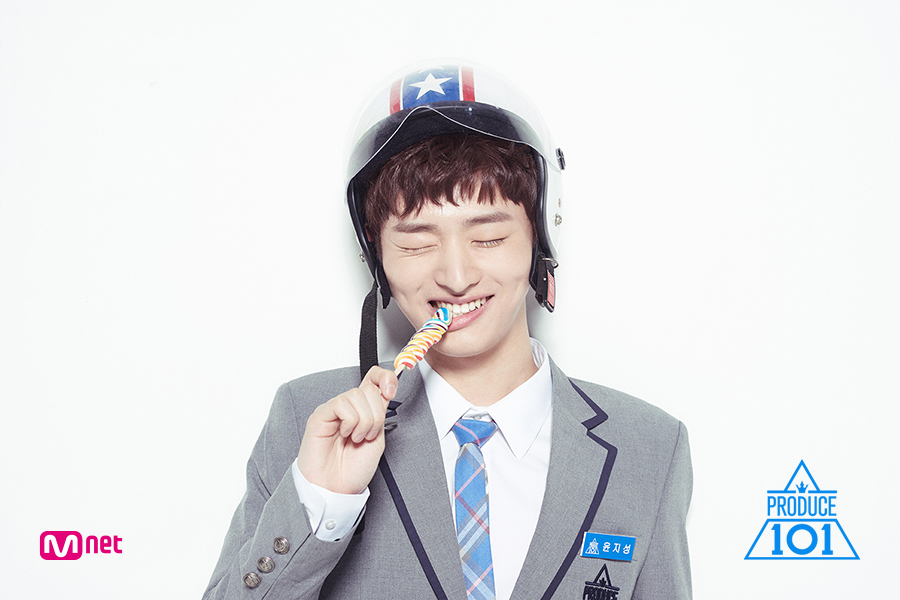 Yoon Jisung was a fan-favourite from episode one. Dubbed the “facial expressions expert” for his hilarious reactions to the happenings in each episode, Jisung garnered a reputation for his humorous personality. Jisung learned to translate his playful nature into his performances, injecting a dose of cheekiness into every stage that he graced. Thanks to his easy-going style, Jisung quickly became a popular trainee. However, the twenty-six-year-old has talent as well as humor. His sweet vocals accompanied by his wisdom and kindness were a perfect package, resulting in his final ranking of eighth place and a spot in Wanna One.

Taipei-born trainee *Lai Kuanlin had only been in Korea for sixth months when he entered Produce 101. Nicknamed a “Chick Trainee” due to his youth and inexperience, Kuanlin worked hard to gain acknowledgment for his skills as well as his adorable antics. The fifteen-year-old rapper demonstrated enormous improvement over the course of the show, enhancing his Korean pronunciation and overall skills. Despite plummeting down to twentieth place during episode ten, Kuanlin persevered and managed to enter the top eleven once again. His good looks, charming personality and evident improvement got through to the National Producers, ultimately resulting in Kuanlin’s triumph. 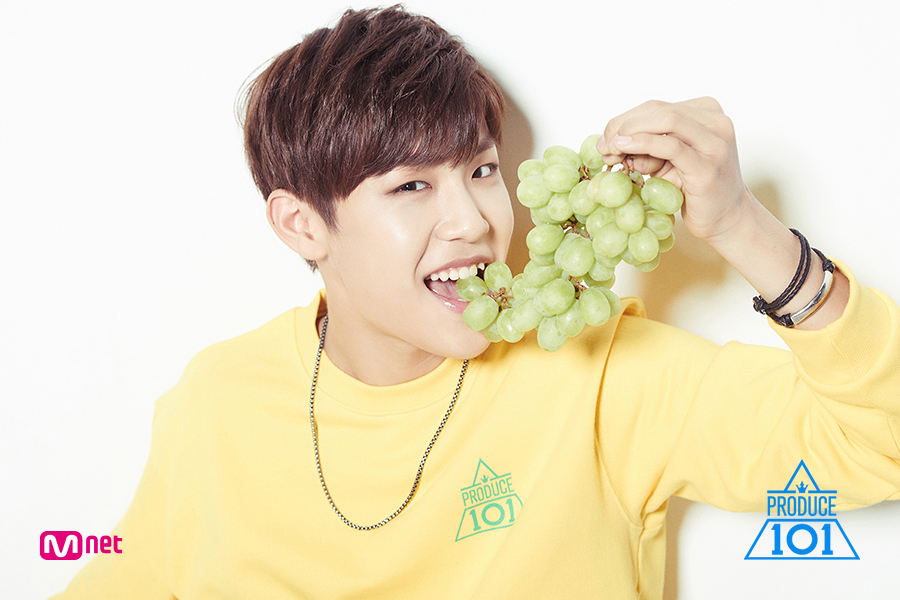 Park Woojin is truly the dark horse of Wanna One. His company Brand New Music perhaps boasted the most impressive trainee line-up of all the companies entering contestants in the second season Produce 101. The hip-hop label trainees showcased their impressive skills during the second episode, performing their self-composed song “Welcome to my Hollywood.” After an impressive performance, all the BNM trainees except Park Woojin began to rank reasonably high. Although initially ranking seventy-second, Woojin demonstrated his amazing dance moves and rap skills, slowly but surely gaining recognition from viewers. After putting his amazing talents on display, the shy and adorable Woojin eventually gained the confidence to explode on stage, earning his spot as the sixth member of Wanna One. 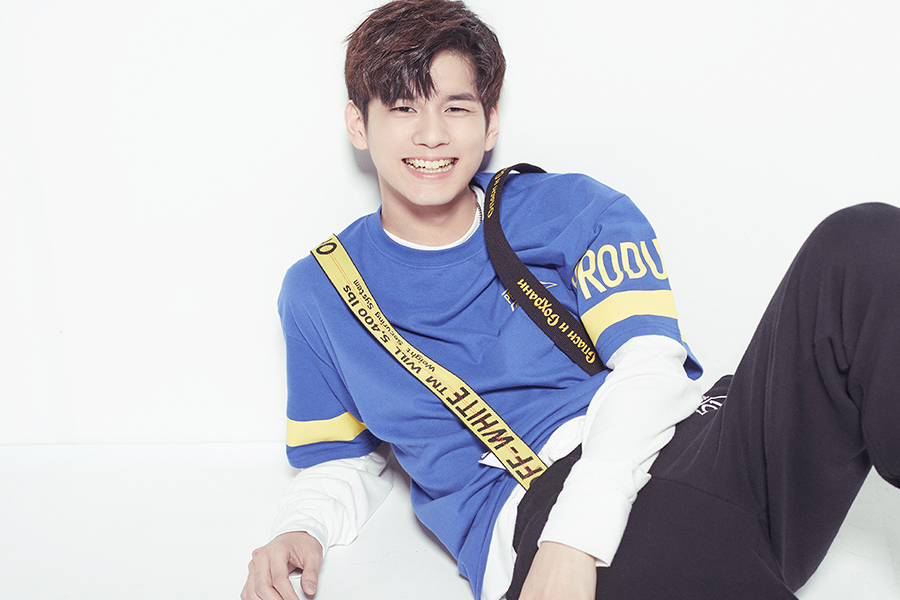 Ong. It’s not a very common last name. In fact, Ong Sungwoo himself says that he’s never met a stranger who shares his surname in his life. And his last name is certainly not where his quirks end. Not only does Ong Sungwoo boast a strikingly handsome face, but he also possesses a powerful singing voice and a strong dance ability. The only trainee to declare his confidence in obtaining “A” level in the first episode of Produce 101, Sungwoo demonstrated that he was not all talk, showcasing his impressive popping skills. The twenty-two-year-old consistently showed his sense of humor both on the stage and in the practice room, cracking hilarious jokes throughout the course of the show. Thanks to his outstanding talent and charisma, Sungwoo is now following in the footsteps of his labelmates Choi Yoojung and Kim Doyeon and debuting. 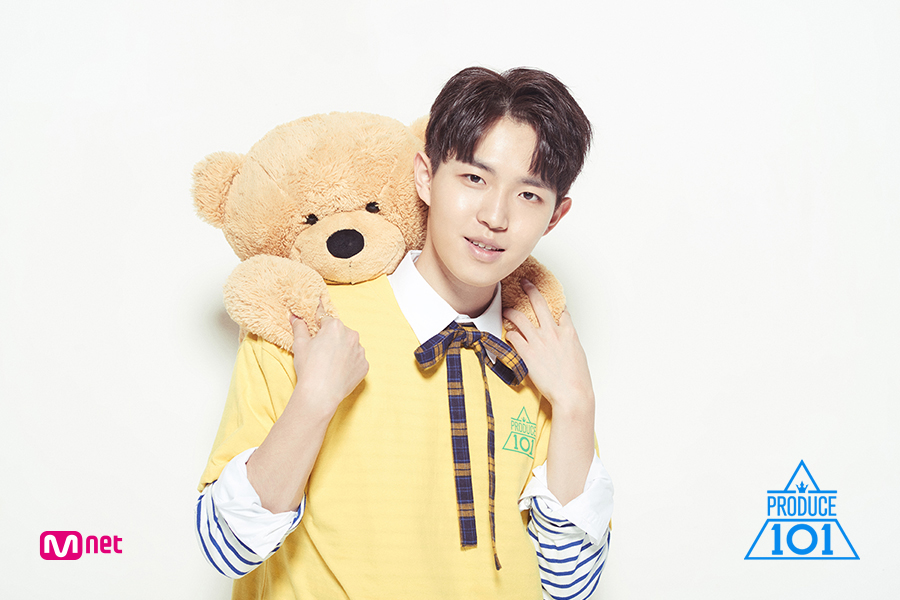 An individual trainee is a trainee not affiliated with an entertainment agency, and there aren’t many individual trainees that compete in Produce 101 as opposed to trainees who have contracts with record labels. At first, there were many skeptics as to whether or not individual trainees could actually succeed on Produce 101. However, Kim Jaehwan proved them all wrong. The twenty-one-year-old made a stellar first impression during episode one in which he performed a hauntingly beautiful acoustic rendition of Adele’s “Skyfall.” Although he initially struggled due to a lack of dance training, Jaehwan demonstrated his strong mentality by bouncing back better than ever. Week after week, he delivered outstanding performances and was regarded as one of the top vocalists in the competition. Despite being an individual trainee, Jaehwan battled his way through the fierce competition and emerged as one of the top eleven. 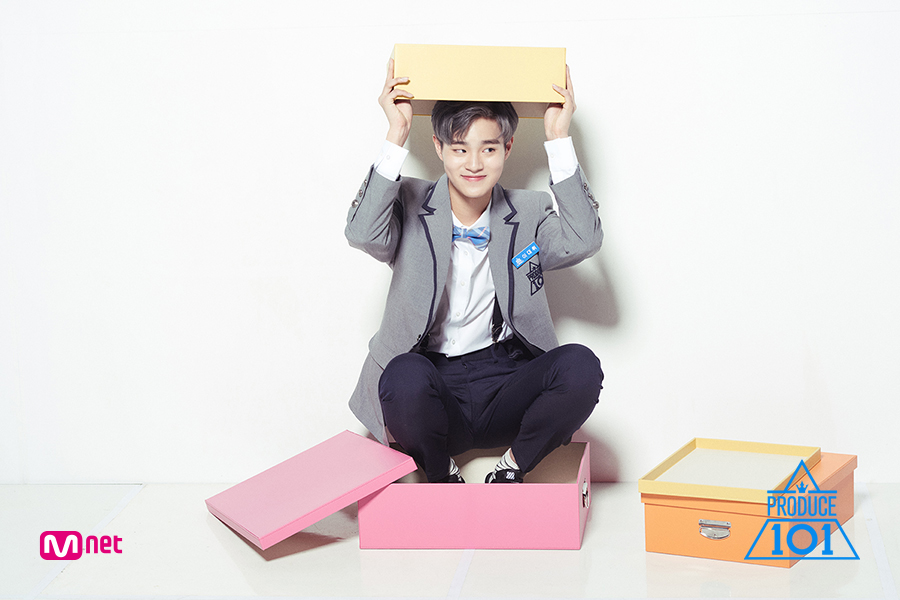 Center. Center, center, center. That’s a term that gets thrown around a lot on Produce 101. A “center” is the person who gets to perform in, well, the center of the group. And the very first center of Produce 101 was none other than Lee Daehwi. Before the first episode even aired, there were mysterious reports of a skilled trainee who had become the “It’s Me” center. When it was revealed to be Lee Daehwi, he did not disappoint. The sixteen-year-old managed to become the face of Produce 101 in a matter of weeks, winning over viewers with his silky smooth vocals. Daehwi is a multifaceted teen who can sing, rap, dance and compose his own music, well deserving of his high-ranking in the season finale. It’s also quite a coincidence that the first center of season one, Choi Yoojung, also ranked third in the finale of season one. 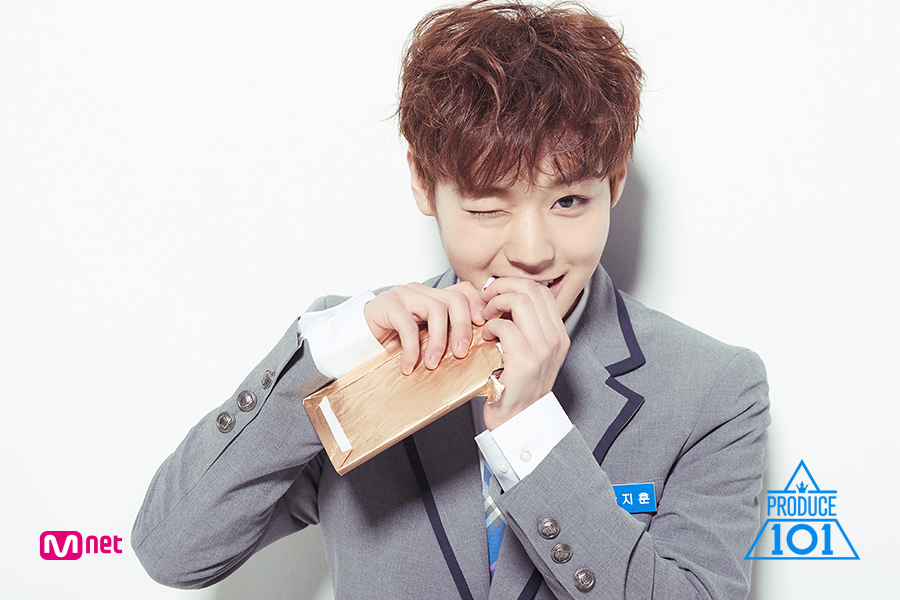 It all started with a wink. After the M Countdown performance of “It’s Me” aired, people became obsessed with Park Jihoon, the adorable trainee who winked at camera following the performance’s conclusion. Throughout the competition, Jihoon proved himself to be a well-rounded trainee, skilled in rapping, singing, and dancing. Not only that, but he was ranked the number one visual of all one hundred and one boys. Through his aegyo, trademark catchphrase and strong dance skills, the eighteen-year-old gained the support of thousands. The Maroo trainee maintained first place week after week, before eventually going down to third and finally ranking in second place. 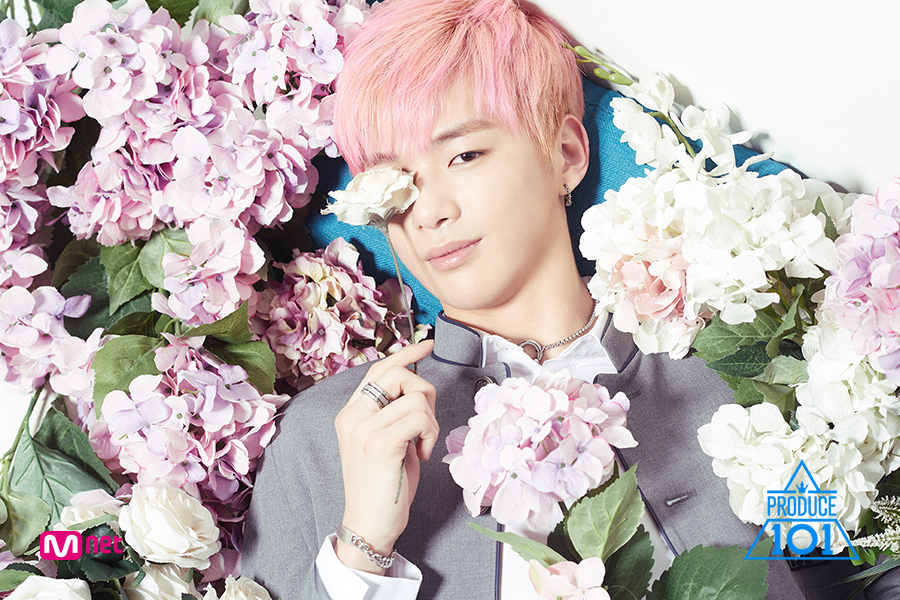 Although he’s the youngest of the MMO Entertainment trainees (or the “gossip squad” as many fans have dubbed them), it was Kang Daniel who managed to emerge as the highest ranking contestant on Produce 101. Kang Daniel was first introduced during episode one as one of the eager and chatty MMO trainees, allowing him to gain the public’s attention and their votes. During episode two, Daniel made an impression as an individual, showcasing an impressive vocal performance despite being a rapper. From then on, Daniel continued to gain momentum, receiving acknowledgment for his handsome looks and impressive dance skills. As Daniel’s fan base grew, so did his number of votes, and he eventually claimed his rightful place on the coveted #1 seat.

After eleven weeks of tears and triumph, we finally have Wanna One, a group that will no doubt do great things in the future. Wanna One are expected to make their début in July or August, so keep your eyes and ears peeled. Congratulations to all the Wanna One boys!

(Disclaimer- Although the Wades-Giles system is favored by the Taiwanese Embassy as the preferred form of romanization due to tradition, the Hanyu pinyin, Tongyong pinyin, Wade Giles pinyin, and the Mandarin Phonetic Symbols II are all technically acceptable.)