by Mandilinn
in Editorials, Japanese Entertainment
4

Welcome to Japanese Entertainment Industry 101! This is the first in a series of articles specifically written to help fans new to Japanese music learn more about the basics and history of the music industry! Want to learn about concerts, the music charts, or music shows? Don’t worry, because all those subjects will be covered!

But before all that, we’re going to have to delve into the biggest obstacle most new J-Pop fans face: accessibility. Japan is actually not as closed-off as people are led to believe, but there are also a few tricks most Japanese music fans have learned over the years to get around the industry’s stricter rules.

K-Pop has made it very easy for new fans to get into the scene due to the wealth of information they put out there. They’re constantly updating everything in both English, Korean, and in some cases, 3 to 4 other languages on social media sites and their own personal websites. If you’re new to J-Pop, it may seem next to impossible to find any information on an artist, let alone in English. So what are you supposed to do?

Your best bet would be to search the website Generasia first. It’s an Asian media wiki with over 46,000 articles on Asian artists, a large chunk of which is Japanese. It’s updated regularly, and at the bottom of each artist page is a list of all websites and social media accounts, both old and new. The artist’s name and their song titles are listed in Japanese and English, and high quality album covers can be found on individual release pages when they become available. If you cannot find an artist on Generasia, chances are they have an English or Japanese Wikipedia page. The information on the Japanese Wikipedia page is useless if you do not understand Japanese, but the page will contain the artist’s name in both kanji and hiragana, and links at the bottom to their official websites and social media like the English pages do.

Official artist websites and social media accounts will often be in Japanese, but more and more companies have also been posting in English. Facebook pages are the most common place for English information, but some artist websites will update in English and a few other languages.

If you want to save yourself a Google search, Onehallyu has a long list of social media accounts and official websites compiled alphabetically! 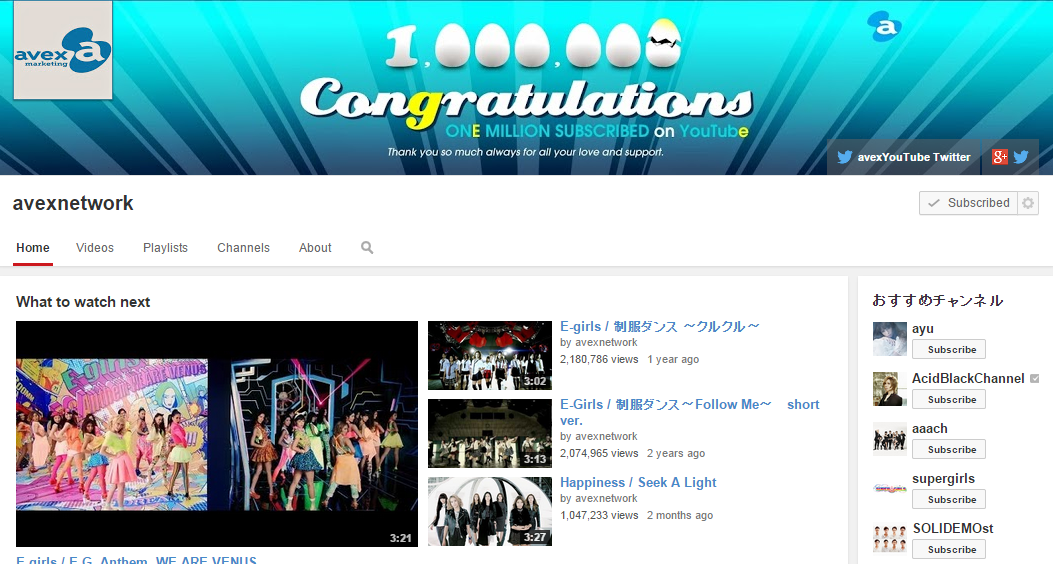 A few years ago, it was very difficult to find Japanese music videos at all on Youtube, but in recent years, Japan’s major and indie record labels have begun to upload 80-100% complete music videos for their artists. With the exception of Sony Music Japan (who still blocks all but a few of their artists), you can now easily find an artist that you would like to listen to if you know the record label they are under. Some have even gone as far as setting up official Youtube channels specific to a certain artist that post more than just music videos. CMs, album trailers, and behind performance previews. Most record label channels have links to these artist channels on their main video page.

For those artists that do not post full music videos on Youtube, the full music video is usually aired the same day or the next day on channels like Space Shower, m-on, and MTV Japan, and then uploaded to sites like Dailymotion or Jpopsuki.tv.

Aside from Youtube, Dailymotion is a great website for Japanese music. Everything from radio broadcasts, TV appearances and performances, tour performances, full music videos, and more can be found if you apply the tips found in Youtube guide. Yinyuetai is another website with full music videos and in some cases full HD tours, but you’ll need the Unblock Youku extension to access any Japanese content.

What about songs that do not have a music video, you ask? That’s a bit trickier. Some major and indie labels will post album trailers with previews for an entire album, some will post lyric videos with a one to two minute clip of a song, and some still don’t allow that at all. However, fans have found ways of getting around that, and full songs are being posted on Youtube all the time. Onehallyu user Midna has compiled a tutorial with photos and step by step instructions on how to find these songs on Youtube and several other websites!

If you are going to follow these tips, it’s important to remember to purchase any music you enjoy to support the artist! 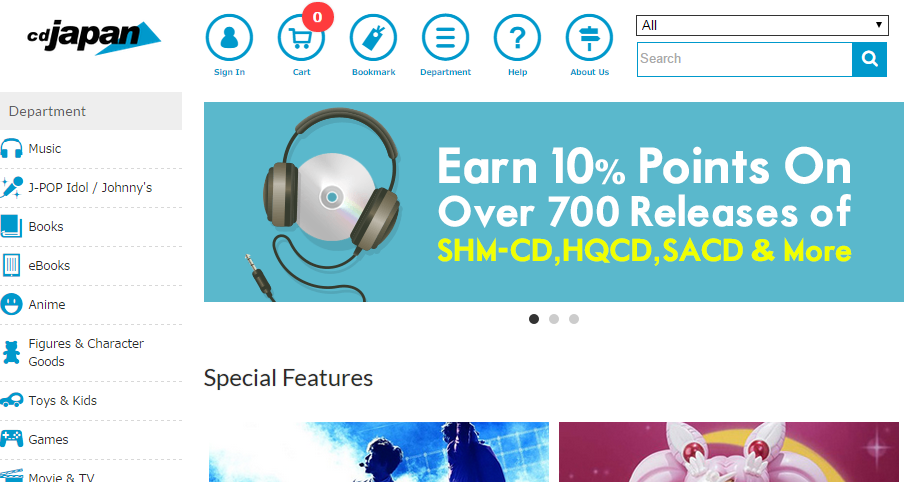 Most K-Pop fans are familiar with online K-pop stores and which ones are best for certain types of orders, but picking one to use for J-pop can be confusing if you’re new. Let’s break down the good and bad of some commonly used ones!

CD Japan is often the fastest and most reliable website to order from. They offer First Press bonuses on top of CD Japan exclusive bonuses with your order, and have 6 payment options along with 7 different shipping options. Their shipments are very neatly packaged with great care given to bonus posters included with first press.

Yesasia is generally reliable, but packages can take a long time to arrive. They offer free shipping with orders over $39 and an express option for shipments to Canada and the United States. They used to pay import fees for the U.S., but as of May 2014, they no longer do that and the customer is responsible for those.

HMV is the best website to order from if you would like to buy items in bulk. They offer cheaper prices for this and they have a points system if you use a registered account. HMV only uses EMS for shipping and prices vary from country to country. You may also have to pay extra import fees and taxes.

Amazon does not normally offer Japanese music, but you can order directly from Amazon Japan with no need for a Japanese credit card or address. Though prices include Japanese sales tax, you are not required to pay those. Oftentimes, Amazon Japan also offers pre-order discounts for new and upcoming releases, ranging anywhere from 1% to 30%, and less often include Amazon-specific bonuses. Items ship around a day and a half before release, and arrive in perfect condition. (Thanks to Ryusenkai for this info)

Japanese record labels have their own stores that fans can purchase music from, and they can include exclusive bonus items. To purchase from these stores, you are required to have a Japanese address. Luckily there are ways to get around this! If you use a Japanese forwarding service such as Tenso, they will receive your purchased items for you and then ship them to your address! There’s a membership fee involved, but it’s a worthwhile expense if you’re interested in Japan-exclusive goodies.

If the cost of Japan’s physical releases proves to be too expensive for you, digital purchase is another option. Japanese releases on international iTunes stores are rare, but you can buy singles and albums from iTunes Japan if you have a Japanese iTunes account. Onehallyu user Danseryu has put together a picture tutorial on creating an account here.

It’s normal to have official livestreams or high quality fan-run streams for Korean music shows and large events such as award shows. In J-pop it’s less common to have official streams run by TV stations and companies, so fans mostly rely on unofficial streams run by other fans. Sites like MTV81 will run concert and red carpet streams from time to time, as well as minute by minute updates in English from large festivals and events. The Japanese website Modelpress updates with photos from red carpet events and release events for music, books, and more.

The Japanese website NicoVideo is used for streaming exclusive release events and it allows fans to comment and artists to answer them in real time. If you create an account, you can also save an archive of the stream for a limited amount of time. See a step by step picture tutorial on creating a NicoVideo account on Onehallyu!

What to expect from future articles

I’ve only scratched the surface on the subject of accessibility, but I’ll leave it here for now. In the coming months, this series will cover a variety of topics concerning music, but there will also be pieces on TV/variety, movies, dramas, fashion, and culture. The similarities and differences these things share with other Asian entertainment industries will also be a major subject of discussion. By taking the time to do this, we hope to make following the Japanese music industry fun and less like a chore for anyone interested.

Add your comments and questions below! If you have a specific subject you would like covered in these guides, you may also leave that in the comments. Thanks for reading!