Recommended for: Fans of tropical house music, those seeking something a little different from the typical single-gendered K-Pop group.

NOT recommended for: Anyone tired of the current tropical house trend.

K.A.R.D first burst onto the scene with Oh NaNa, a light-hearted, upbeat tropical house track, featuring fellow label mate Heo Youngji. The song’s nasally vocals initially came off as off-putting, but its addictive hook, fun tropical house beat, and choreography eventually won me over. In all honesty, much of “Hola Hola” is basically that – tropical house. By now, K.A.R.D is mostly known as a consistent purveyor of tropical house music, at least in this era. So if you’re not particularly fond of the genre, Oh NaNa, or the rest of the tracks on this album, is unlikely to appeal to your tastes. It did require several listens for me to appreciate.

Considerably darker than its predecessor, Don’t Recall is a major tune. Originally one of K.A.R.D’s three pre-releases, its highly polished production immediately impresses, but it doesn’t stop there. Don’t Recall is a song with incredible replayability; it truly doesn’t get old even if one were to put it on repeat for an entire day. Its beat, synths, vocals, and rapping all fit together seamlessly to form the perfect song. As such, it remains by far K.A.R.D’s strongest, superior offering to date, even with the release of “Hola Hola”. Don’t Recall also has an English version, but its overall flow just doesn’t quite carry through from its Korean counterpart.

The last of K.A.R.D’s three pre-releases, the use of autotune in Rumor was polarising for many; in a way, it does seem to reveal the group’s gaps in vocal ability. But for me, it still worked, especially as a counterpoint to Somin’s light vocals in the chorus. Also, BM’s deep rapping, in general, is highly reminiscent of Sean Paul, but it’s particularly apparent in this one, which is simultaneously hilarious and awesome. If I were to rank the pre-releases, Don’t Recall would top the list, followed by Rumor.

This is where K.A.R.D stumbles a little. After all the hype from its pre-releases, Hola Hola felt a little underwhelming. I realise that incorporating elements of all their previous three pre-releases was intended, but I was mostly under the impression that this would be seen through their choreography, specifically point dances. It’s not a bad song by any means, nor is it hard on the ears, but it does sound like too much of a rehash of Oh NaNa. K.A.R.D’s songs generally sound similar, but none of them sound as close to the others, as Hola Hola does to Oh NaNa. Jiwoo’s rapping was the only element that distinguished this song from its precursor. Nonetheless, K.A.R.D’s songs are usually growers; Hola Hola might eventually change my mind with several more listens.

나는 멈추지 않는다 is probably the weakest track on this mini album. This one is a remake of an old Korean song by ZAM, in an obvious nod to one of their co-ed group predecessors. It’s an interesting approach to take in their official debut, but I wish they had never included this on the album itself. Its duration is only slightly shy of four minutes, but somehow, its repetitiveness manages to make it feel longer than it really is. This probably would’ve worked better as a special, free studio release, that could have been replaced by an original song instead.

At this point, it would be pretty redundant to describe Living Good‘s genre, but it’s a pleasant, innocuous listen. Living Good is more of a special ‘thank you’ track, right down to the spoken shout-outs, starting at around 2:13. So the sentiment behind it does make this one pretty special for fans who have had K.A.R.D’s back from the beginning, at least. 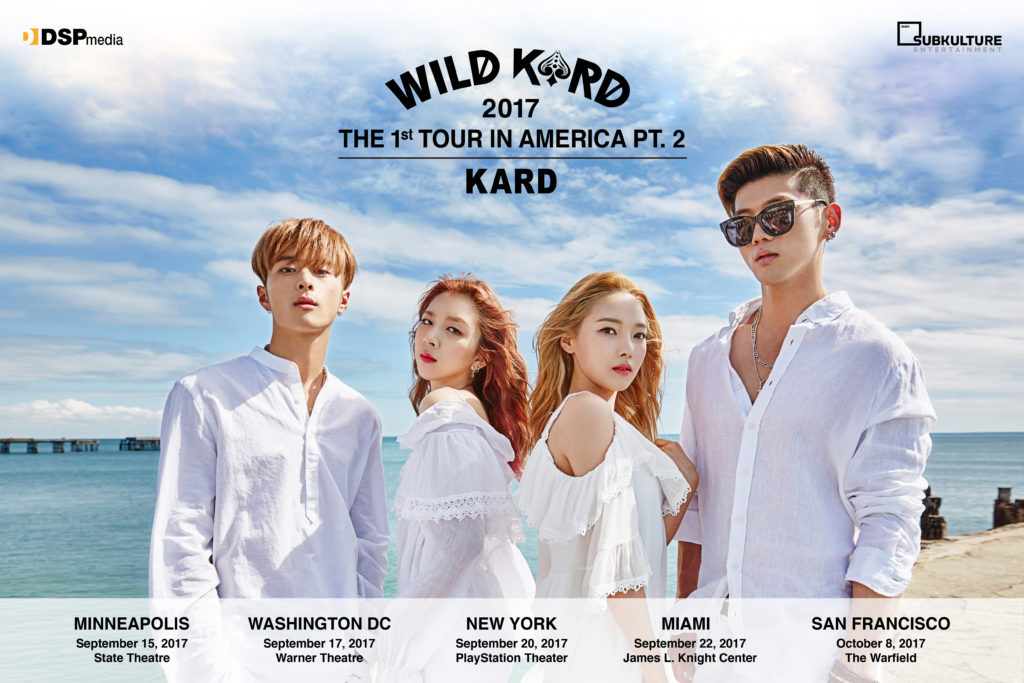 Brought to you by SubKulture Entertainment, K.A.R.D will also be continuing their “WILD KARD” tour in America, starting from September 15, 2017. This will include five major cities in the U.S, including Minneapolis, Washington, D.C., New York, Miami, and San Francisco. Tickets will go on sale Saturday, August 12, 2016 at 10:00 AM, in each city’s respective local timezone. With a setlist that includes one of the greatest songs of the first half of 2017 (Don’t Recall), why not? 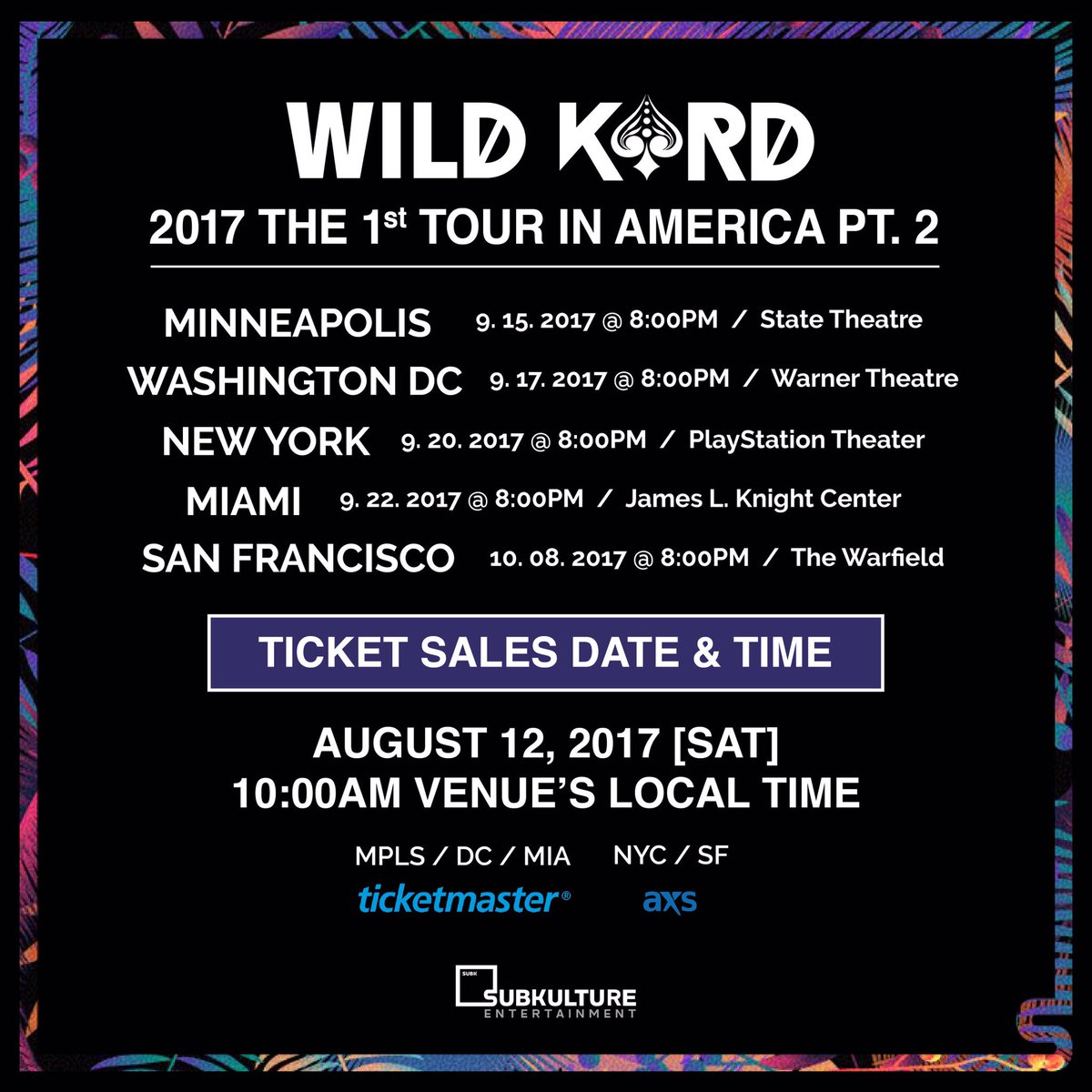 For more information, head over to https://www.subkultureent.com.

Asia Artist Awards 2018 | The Best and Worst Looks On The Red Carpet!

Most celebs and their grandmothers sported safe black ensembles on the red carpet at this year's Asia Artist Awards (AAA). Boooooooring. Thankfully, there were some who dared to dream a little bigger -- did it work, though? Standouts on...

In the K-Pop scene, hopeful individuals undergo extensive training before even having a chance to be able to become a singer. The training period spans from a short to a long period of time. Yein from Lovelyz as an...