The talented quartet is scheduled to hit five major cities in the U.S, including Minneapolis, Washington, D.C., New York, Miami, and San Francisco. Ticket sales for #WILDKARDinUSA PT. 2 will go on sale in exactly ONE WEEK. Tickets for the tour will be made available for purchase on Saturday, August 12, 2017 at 10:00 AM (venue’s local time)​. 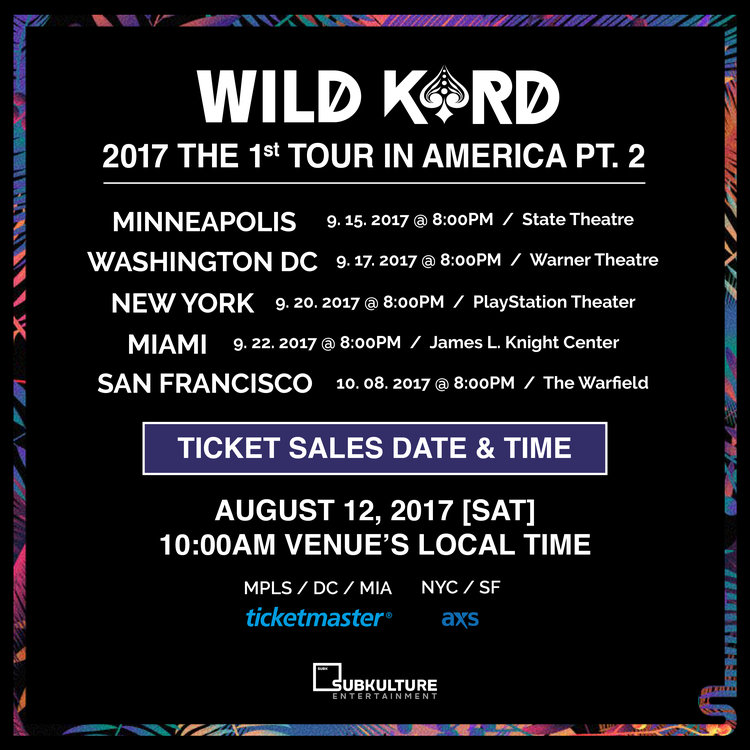 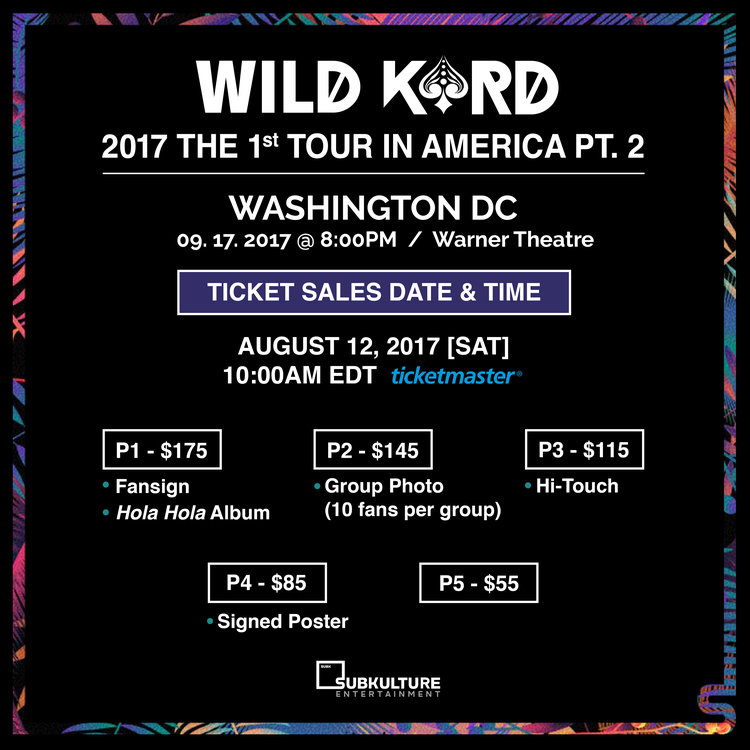 *Ticket prices and benefits are the same for all locations 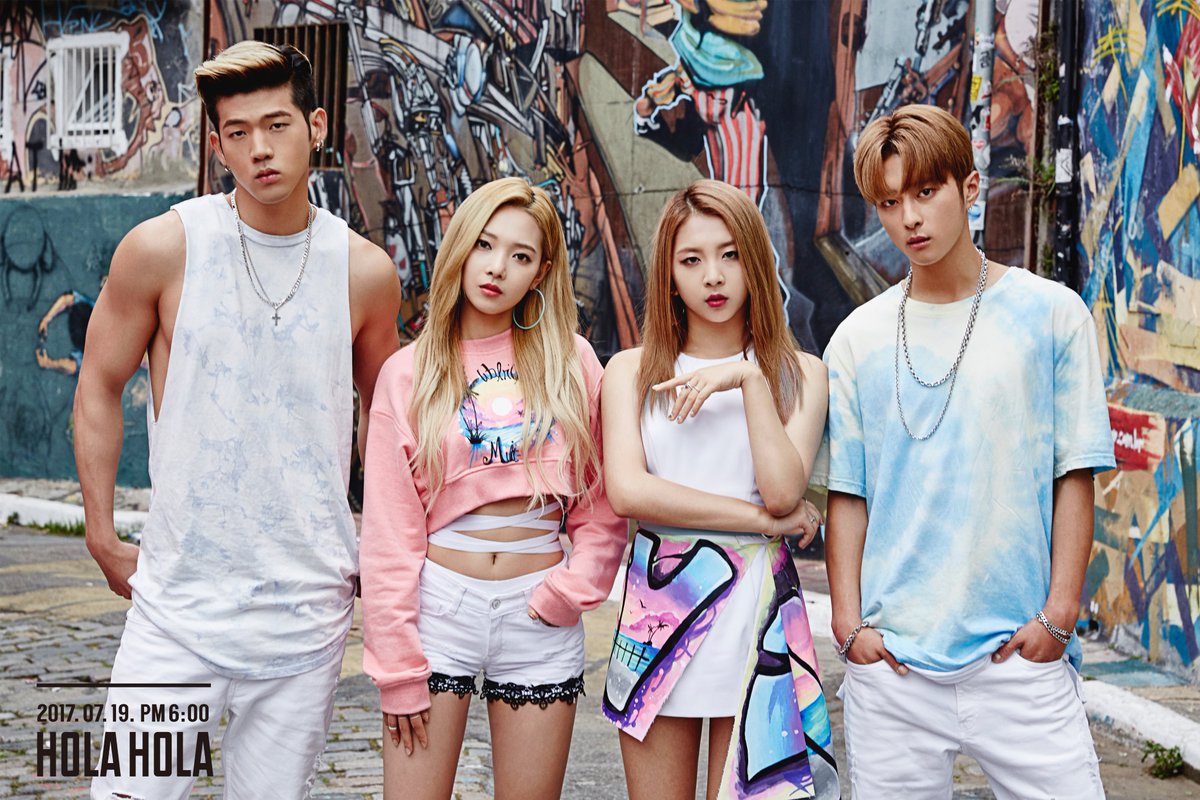 Consisting of two male rappers (J.Seph and B.M) and two female vocalists (Jeon Ji Woo and Jeon So Min), KARD is a co-ed group from DSP Media. Their name stands for K​ing, A​ce, JokeR​, & HiD​den. They impressed the world with the release of three project singles, ‘Oh NaNa’ featuring hidden member and labelmate, Heo Young Ji, ‘Don’t Recall’ with a hidden English version, and ‘Rumor’ with a hidden dance version. They have made their highly anticipated debut with “Hola Hola” back in July 19th.

Being the first co-ed group in quite some time within the K-Pop world, KARD has garnered a lot of attention with each single charting worldwide. ‘Don’t Recall’ and ‘Rumor’ both hit #1 and ‘Oh NaNa’ hit #2 on the U.S. K-pop iTunes chart. ‘Don’t Recall’ and ‘Oh NaNa’ hit #5 and ‘Rumor’ hit #3 on Billboard’s World Digital Song Sales Chart. Their popularity worldwide has already taken them to solo events in the U.S., Canada, Mexico, and Brazil before their debut with ‘Hola Hola.’