by Fatima
in Japanese Entertainment, News
0 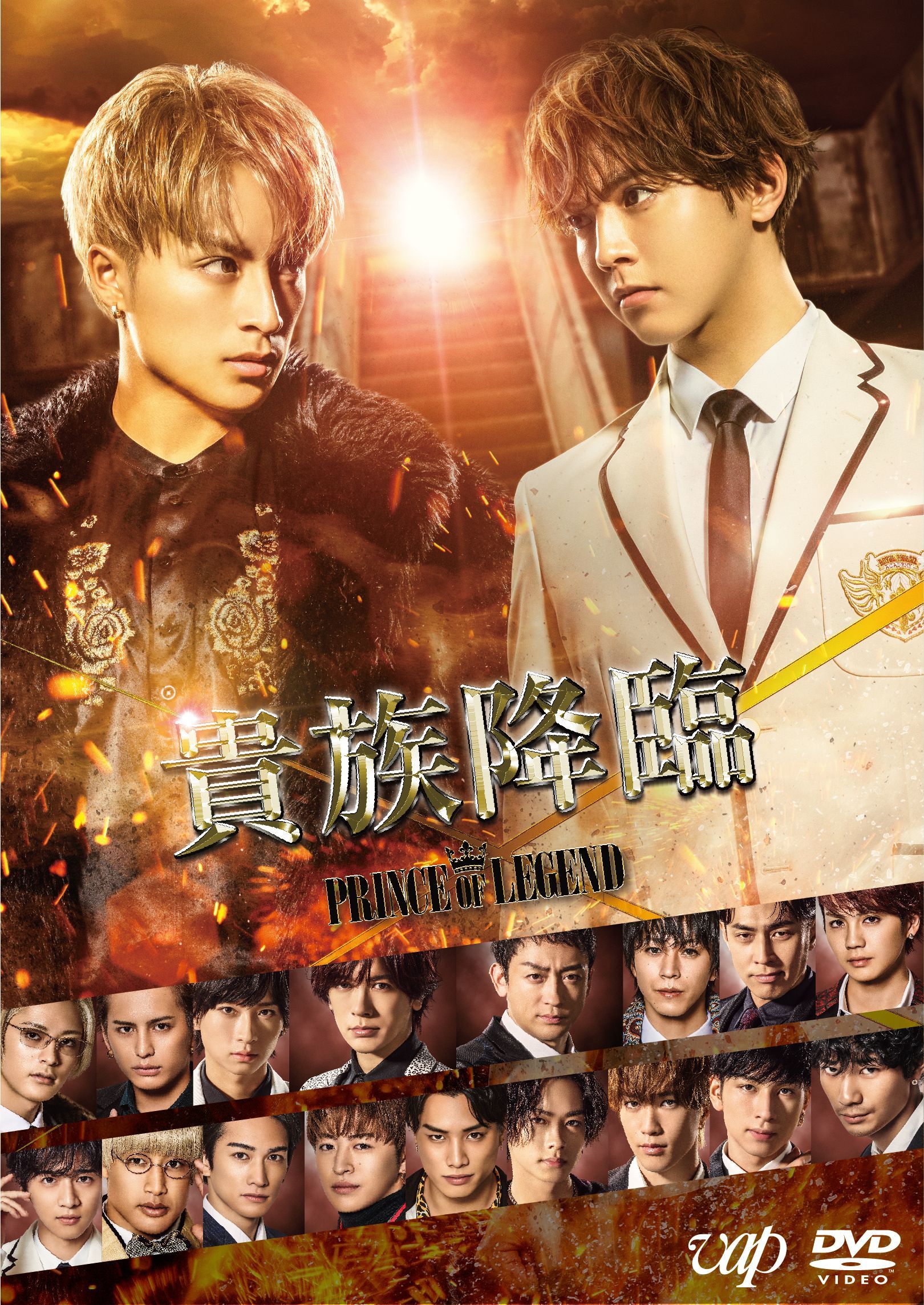 The ‘PRINCE OF LEGEND’ project is a comprehensive entertainment project by HI-AX with the first part of the TV mini-drama series and movie, ‘PRINCE OF LEGEND’ already available on Netflix since March 2022 and its second part, ‘Kizoku Tanjou (Aristocrat Birth): PRINCE OF LEGEND’ and movie, ‘Kizoku Kourin – PRINCE OF LEGEND’ at the start of April 2022. Similar to ‘HIGH & LOW’ that has the main theme of men’s friendships and fierce battles, ‘PRINCE OF LEGEND’ is one for princes, or good looking men who resemble the status of ‘prince’ in Japanese culture, from all walks of life that includes Team Kanade (Celebrity Prince), Team Kyogoku Brothers (Delinquent Prince), Team Student Association (Student Association President Prince), Team Next (Dance Prince), the standalone Teacher Prince as well as Team 3B (Hairdresser Prince) in the fictional St. Brilliant Academy. Following the likes of shonen anime, the characters are over the top, with 14 princes competing to win the title of being the best, most gentleman-ly of princes in the world.

The cast is made up of a stellar line-up of multi-talented artists, most of whom are part of the LDH talent roster that includes Alan Shirahama (main lead) Ryota Katayose (main lead), Reo Sano and Mandy Sekiguchi of GENERATIONS from EXILE TRIBE, Nobuyuki Suzuki, Keita Machida of GEKIDAN EXILE, Kazuma Kawamura, Hokuto Yoshino, Itsuki Fujiwara, Makoto Hasegawa from The RAMPAGE from EXILE TRIBE, to name a few.

With the first part of the TV drama and movie being a more comedic and lighter introduction to the different teams and first battle for the PRINCE OF LEGEND title, ‘Kizoku Tanjou – PRINCE OF LEGEND’ takes a more high-tension turn with the addition of Club Texas from the fictional night ring, as well as Club Nobles who have a main goal of protecting the weak and downtrodden in this world. The gritty 6-part mini-series tells the story of Shintaro Ando and his journey into the night ring, letting go of his past principles to help protect his family. The series leads up to the movie, ‘Kizoku Kourin – PRINCE OF LEGEND’ which sees legendary aristocrats battle with legendary princes. This includes the additional cast of Alan Shirahama, leader of GENERATIONS from EXILE TRIBE as the main lead. He plays Shintaro Ando who changes his name to the legendary aristocrat Dolly, as well as DAIGO as Senior, Tomoki Hirose, Yoshihiko Aramaki, and Koji Yamamoto among others.

Leader of GENERATIONS from EXILE TRIBE, Alan Shirahama adds on, “I’m happy that “PRINCE OF LEGEND” is now available on Netflix! There are many princes and nobles, each with a different story to tell. It’s different compared to other rom-coms. I hope everyone can immerse in the fantasy world of “PRINCE OF LEGEND’!”

Ryota Katayose, member of GENERATIONS from EXILE TRIBE adds on, “I’m happy to hear that the ‘PRINCE OF LEGEND’ series is now available on Netflix. I’m excited about the opportunity for people not only in Japan but also around the world to watch it. To everyone in countries that I’ve visited, and those that I’ve yet to visit – I’m so glad to meet you through my character Suzaku Kanade! Please enjoy the show!”

The ‘PRINCE OF LEGEND’ main theme song, ’Piece of Me’ is by the legendary Japanese hip hop group, m-flo. Written as a tribute for their love of all things music and culture, the romantic track takes listeners back to the 80s while retaining an m-flo styled catchiness to it. Ryota Katayose, lead actor in ‘PRINCE OF LEGEND’ and vocalist of GENERATIONS from EXILE TRIBE sings ‘Possible’ for the second chapter of the project. ‘Possible’ was produced by m-flo’s ☆TakuTakahashi and written by alternative R&B singer-songwriter, Taichi Mukai.