Never believe everything you read on the Internet. Especially on Twitter. But then what happens if highly popular K-Pop news sites get caught in the web? That’s what happened about a week ago when a group of Twitter users managed to con everybody into believing in the existence of a soon-to-be-debuted girl group Lion Girls from Hunus Entertainment, home to Topp Dogg.

The Lion Girls Saga: A Summary

It’s not a particularly lengthy tale but I’m going to sum up the series of events anyway. Disclaimer: I don’t personally know the alleged perpetrators myself, so this was generally what happened from an outsider’s perspective.

The spark: The convincing teasers

The teasers were probably the biggest factor behind one of the most successful trolling in K-Pop. If you don’t count YG Entertainment’s entire run. The Twitter account @LionGirlsOffcl and the Instagram account where they were originally posted has unfortunately been deleted, along with all the teasers. 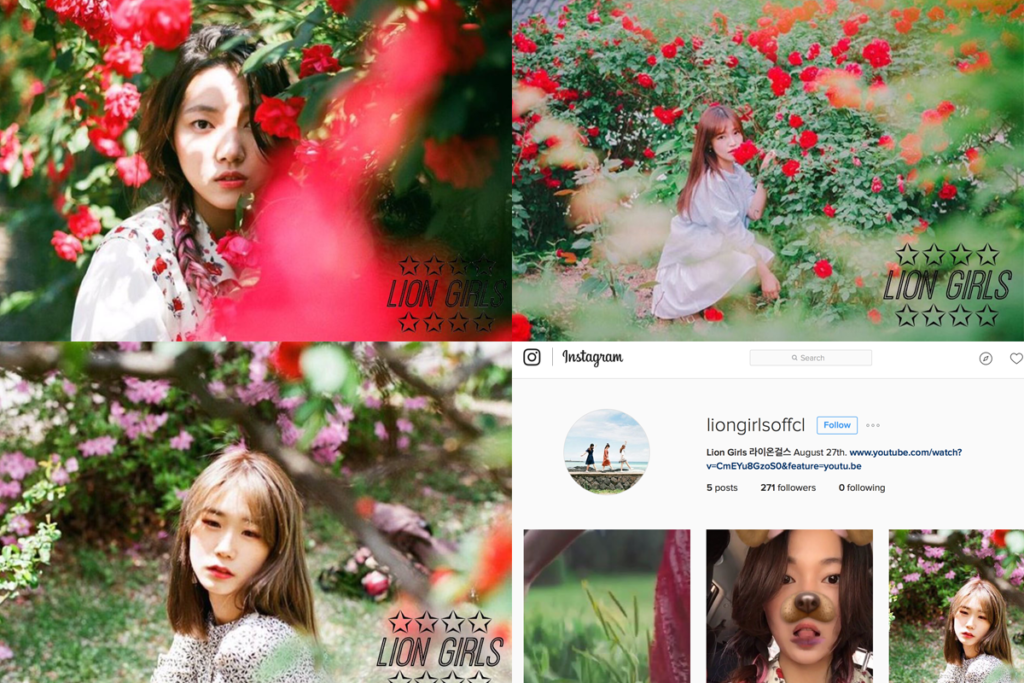 Few people seemed to question their legitimacy even though none of the images were anywhere close to being HQ. It kinda makes you wonder how low the bar is when it comes to teasers in K-Pop. I’m assuming this is partly because the girl group wasn’t linked to an upper tier firm, and Topp Dogg’s previous management once designed this tragic album cover: 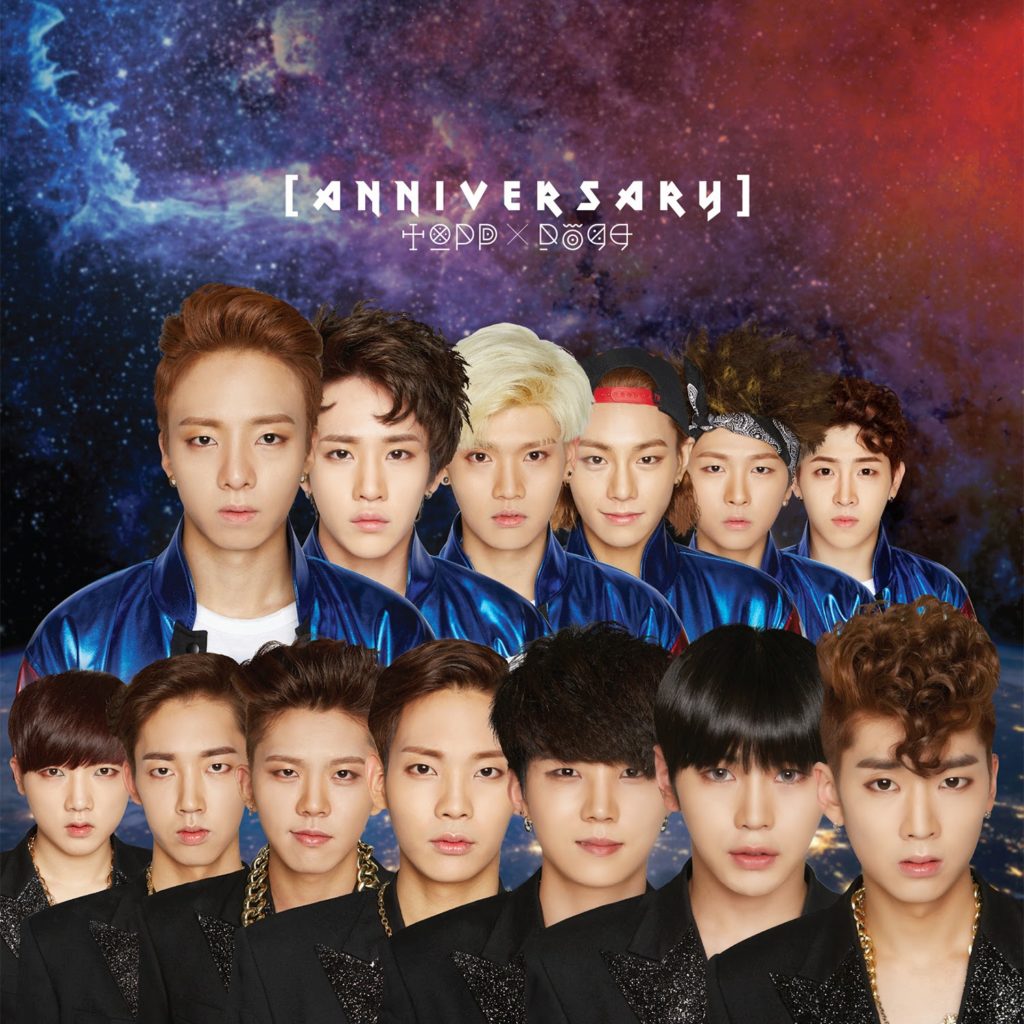 But Stardom, the one responsible for that tragedy (and the one who gave Kidoh that godawful hair), no longer manages Topp Dogg. So that pretty much rules that one out.

The originally uploaded fake MV teaser has been deleted too, but there’s this one: 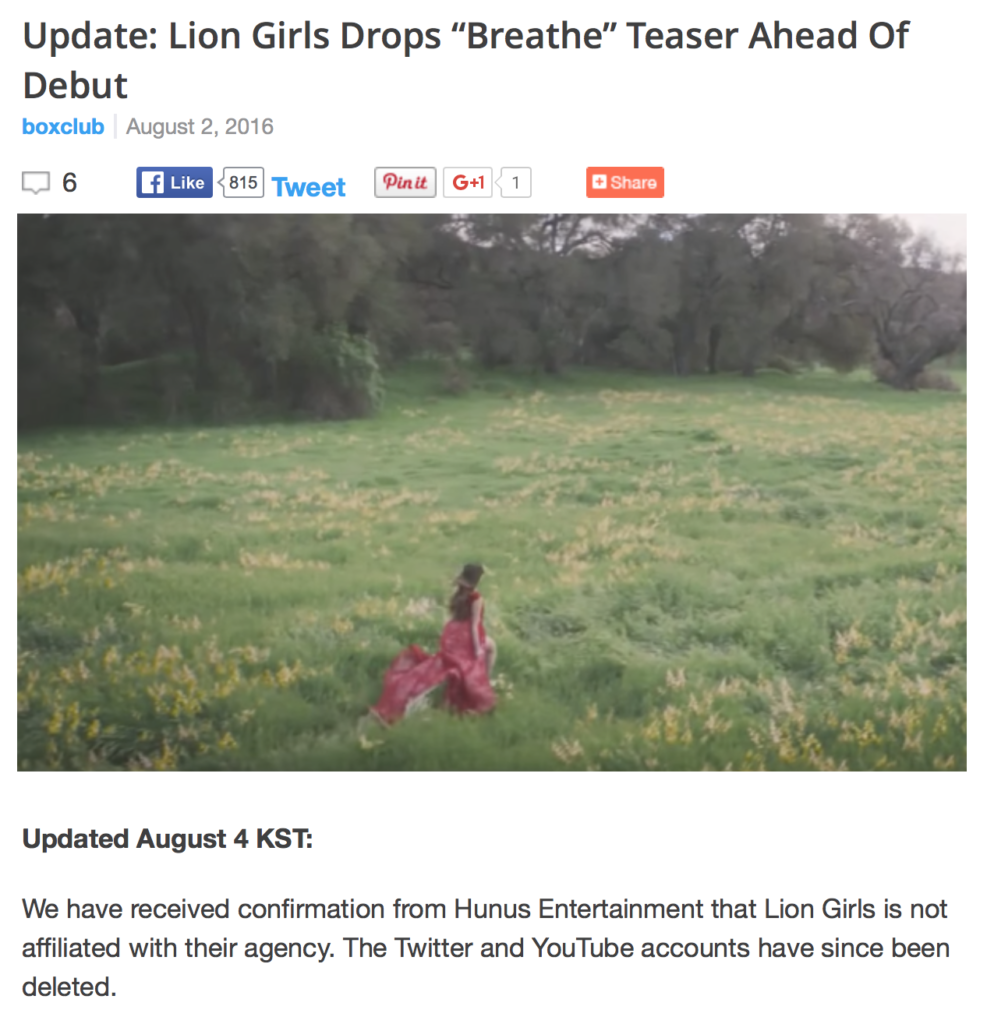 In the accounts, they introduce three girls named Park Yoon Ah, Kim Stella, and Yuki. In the pictures, the girls give off a goddess-like atmosphere as they pose in a garden filled with flowers. (Soompi)

Soompi isn’t the only one though. Other known sites such as AllKPop, Twitter account girlgroupzone and omonatheydidnt covered the story too. There was actually a thread on OneHallyu for them as well, bless your souls. You can actually see some of the others that they managed to fool by reverse Google searching at least one of the fake teasers.

The teasers then started raising some questions as soon as more people saw them. A Twitter user pointed out that the MV seemed to be lifted directly from Megan Nicole’s work. We could probably debate over whether plagiarism actually happened or not, but it’ll be completely pointless waste of time since the whole thing was a sham from the very beginning anyway.

Also, I have no idea if these fansites were part of the plot, or they simply appreciated all the effort put into it. But they existed. Miraculously. 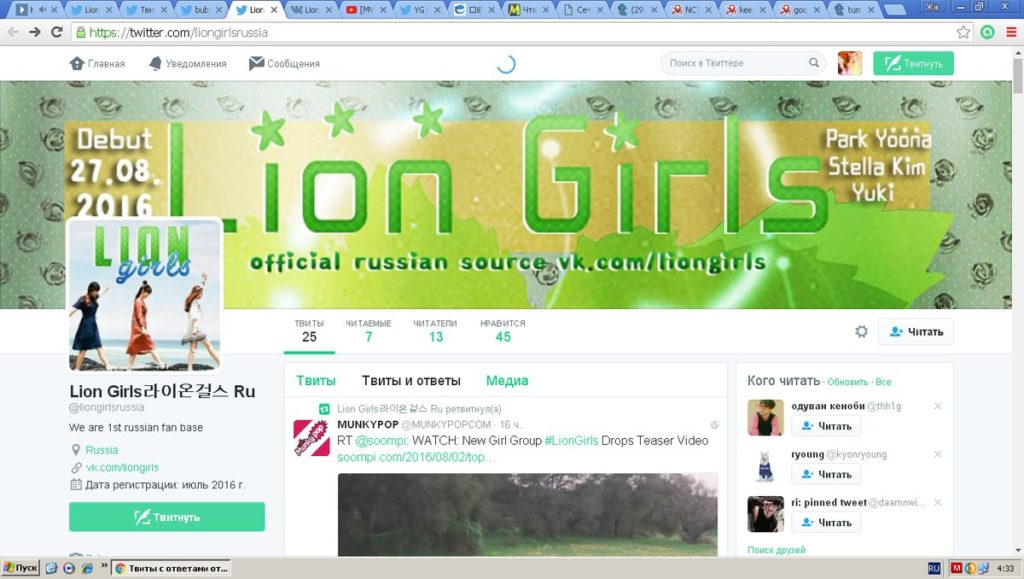 Next, their Twitter account started to appear hacked. This was when things started getting hilariously petty and messy. People began to assume that the hackers were ARMYs but I highly doubt it. I distinctly recall one of the tweets’ scathing take on EXO’s Chanyeol’s hair loss in response to a Chanyeol fan who tweeted something along the lines of the Lion Girls members being “flops.” Completely brutal. Poor Chanyeol.

In the end, they finally admitted that it’s all nothing but a con:

You can also see most of the reactions to the account on Twitter if they haven’t already been deleted.

So what’s the moral of the story? Simple, really. Take everything you read on the Internet with a really, really large pinch of salt. And creating a fake K-Pop group has now already been done so you might probably think twice now about doing the same. Then again, people don’t always learn from the past. Or they might pretend not to anyway just to rake in traffic.

But the kicker of this entire thing is when it dawns on you that “Lion Girls” is a homonym for “Lyin’ Girls.” Honestly, I fully appreciated that part very much. I love a good wordplay.