Male idols who can sport any hair color! 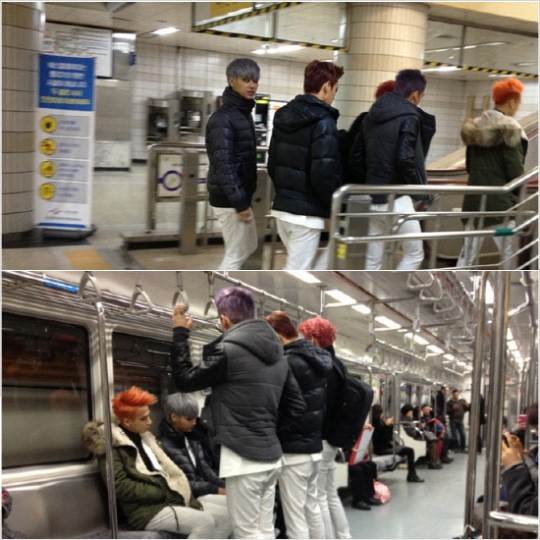 Back in 2013, VIXX created a buzz on the inter-web because of above pictures. The boys are seen riding the subway in their stage outfits and peculiarly styled hairs. They were about to go to a music show, however their car broke so they had no choice but to travel via subway. Whilst traveling, a lady approached N asking if their parents know what they are doing. N, the wise VIXX leader then responded: “yes, and they’re very proud of us”.

In K-Pop, it’s not unusual to be unusual. It’s a battle to make yourself stand out in this idol-saturated industry. And to be able to do so, entertainment companies style their idols in the most unique and creative way possible. In 2010, miss A’s Jia was known and gained a huge amount of attention for her all-pink hair in their debut era. Obviously, distinct hair colors aren’t limited to female idols. Let us see seven male idols, who were given different hair colors, but still managed to rock it all.

INFINITE’s maknae, Sungjong, is surely experimental with his hairstyles. Desiring to become a fashion influencer, Sungjong never fails to deliver exquisite styles with fab and glam in his own special way. Over the years, Sungjong had already over than 10 different hair colors and most probably more to come for INFINITE’s future promotions. 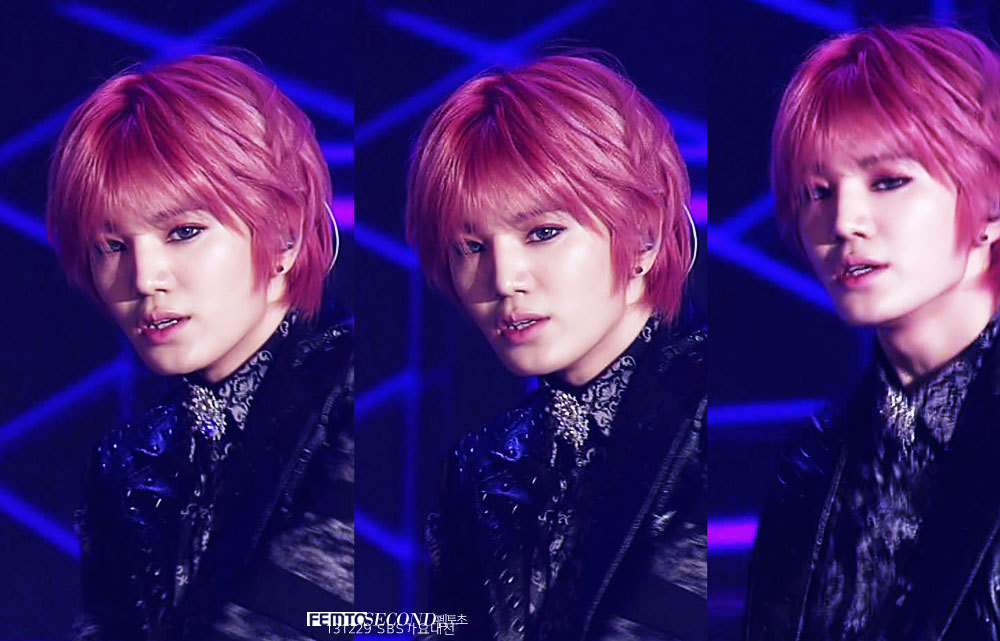 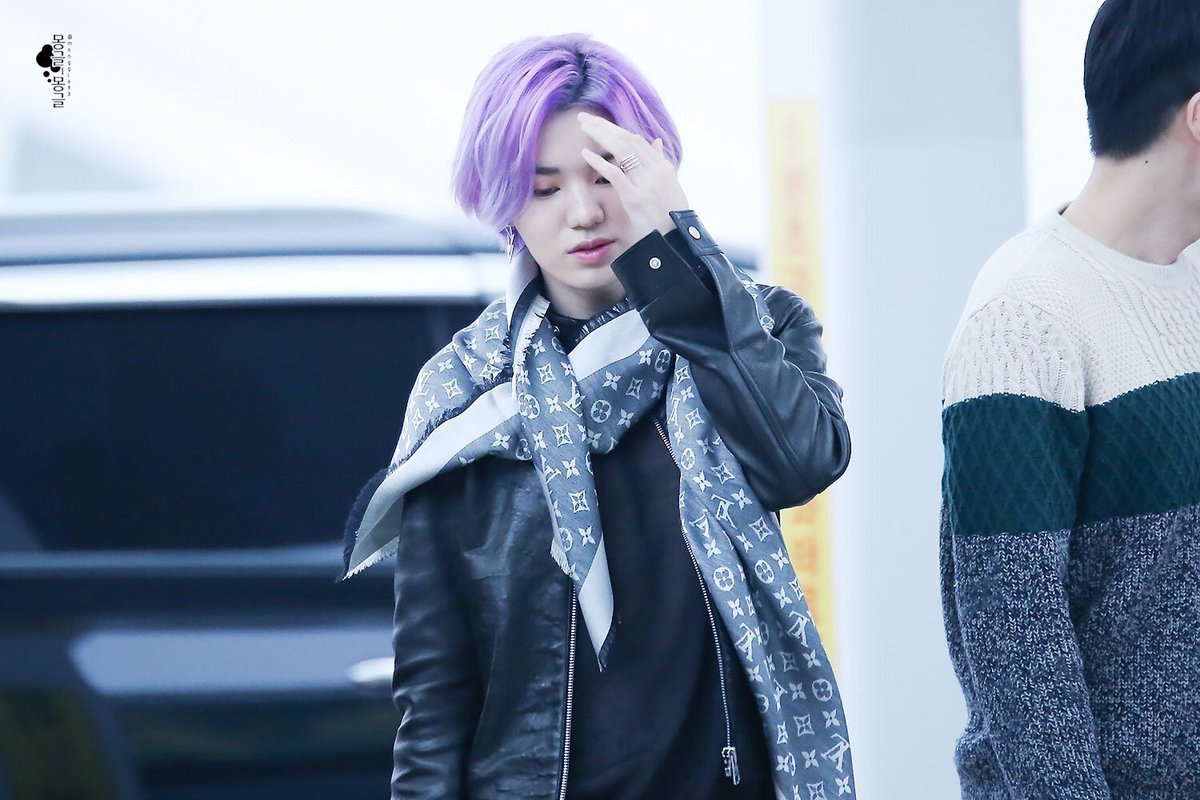 Trying purple hair for the first time and looking beautiful as ever. 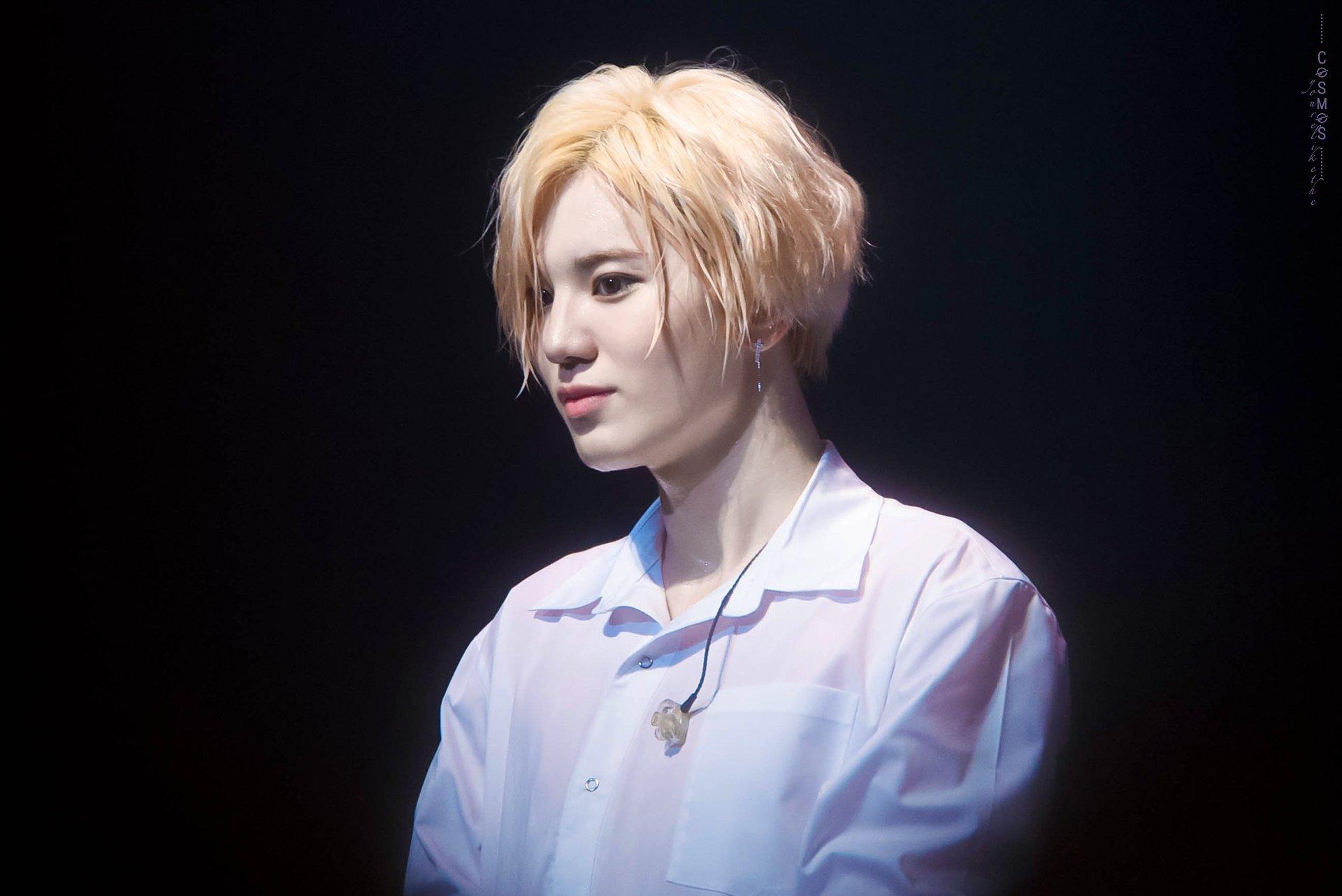 In his blond long hair that pleased everyone in The Eye era.

Like INFINITE’s maknae, EXO’s very own maknae also dyed his hair plenty times already. With his chic personality and cold visuals, Sehun can surely fit into any hairstyles and will probably be known as an individual especially with EXO’s continuous growth as one of the biggest boy group in K-Pop. 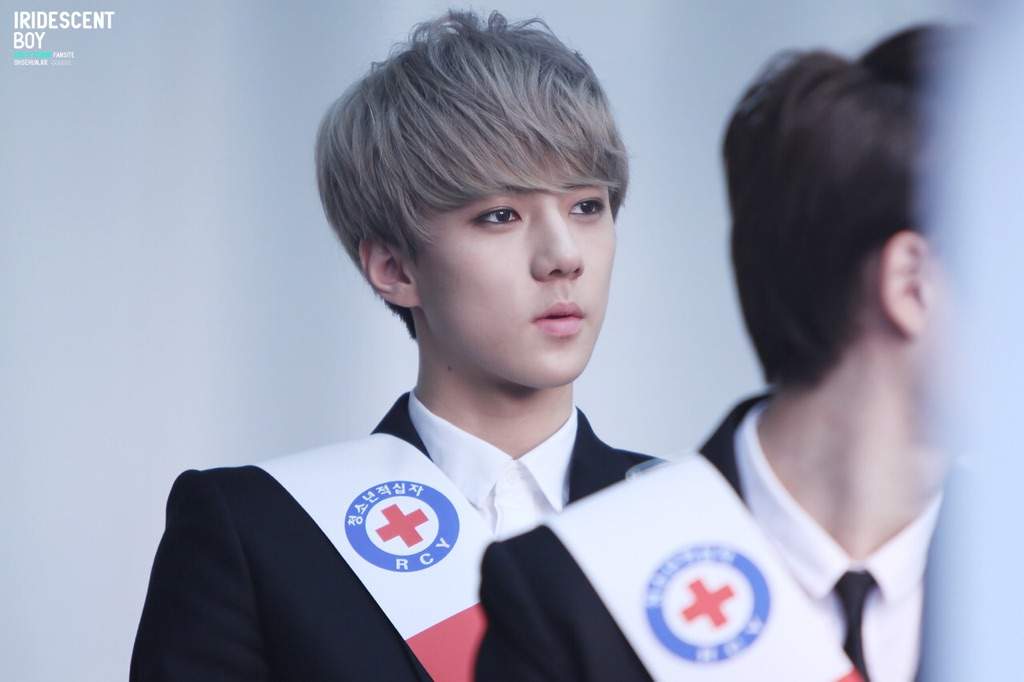 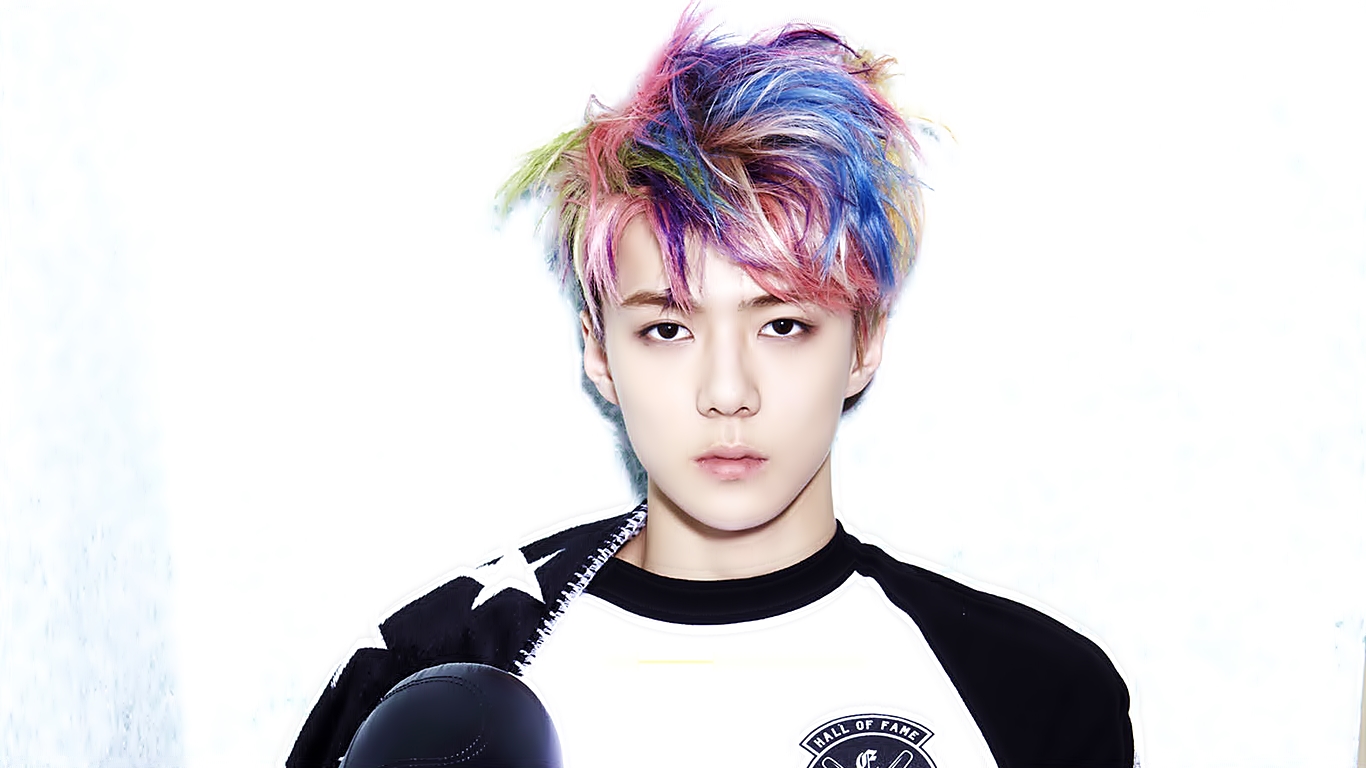 Who can ever forget about his iconic rainbow weave? 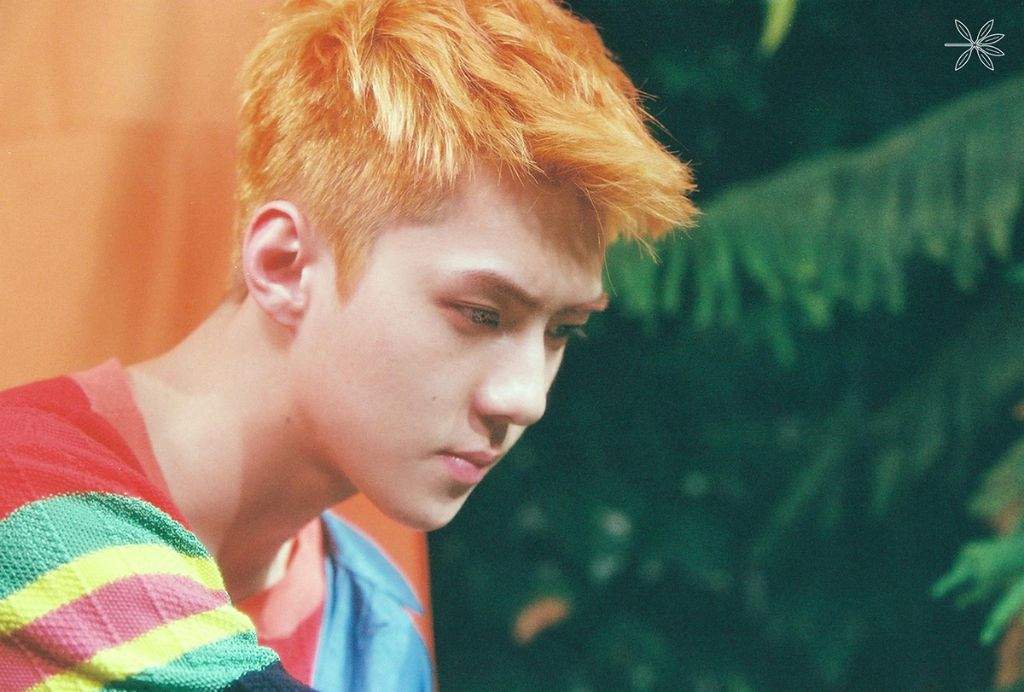 Spotted with a manlier haircut in orange color.

If it’s a VIXX member with different hair colors, then it’s no one but N. Over the years, he nearly never sticked to a single hair color each comeback! His peculiar styles blends in with his dark and sexy complexion and does amazing work for him as VIXX’ center. As a matter of fact, during their début days, there was an influx of N-related terms such as ‘the vixx member with grey hair’ and ‘the vixx member with red hair‘ in Korean search engines. 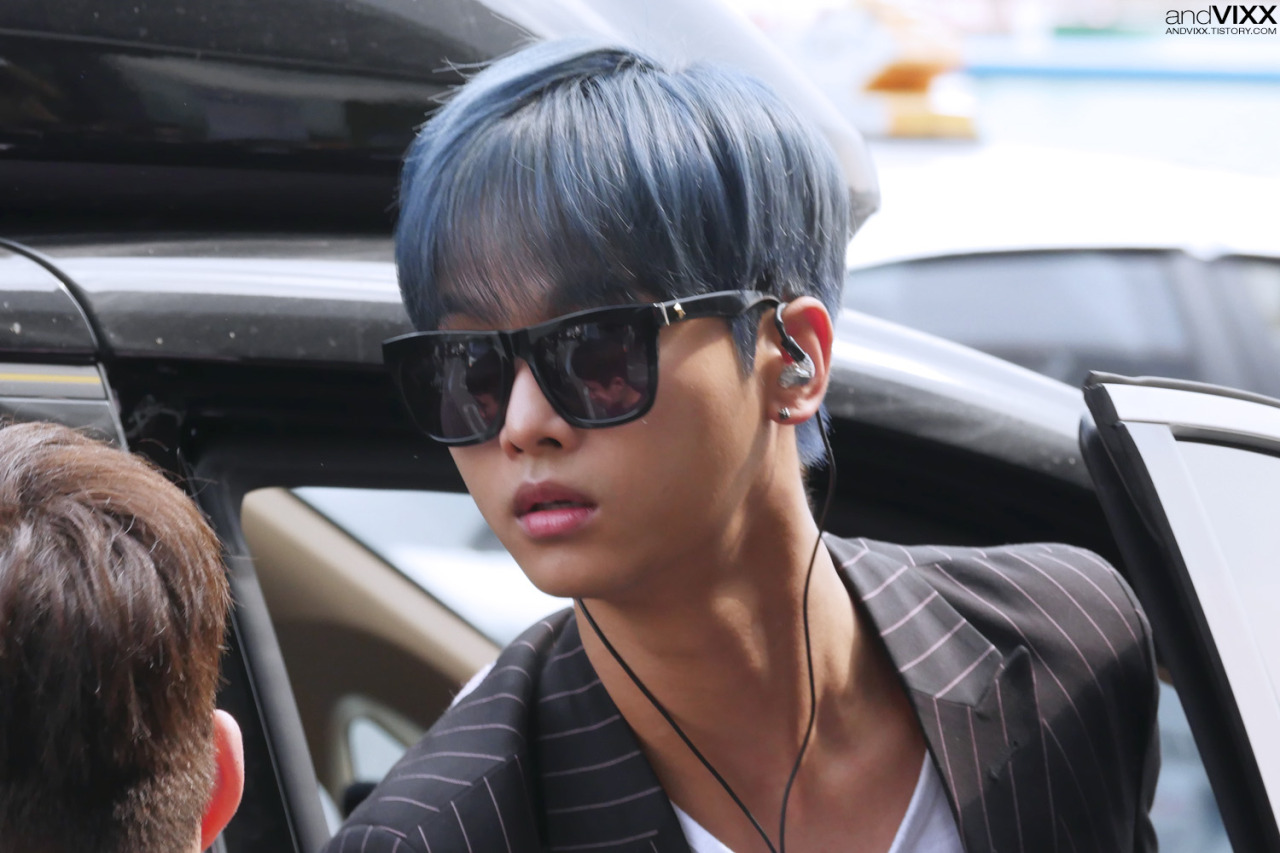 N looking like a rich chaebol heir with his blue hair that unfortunately was short-lived. 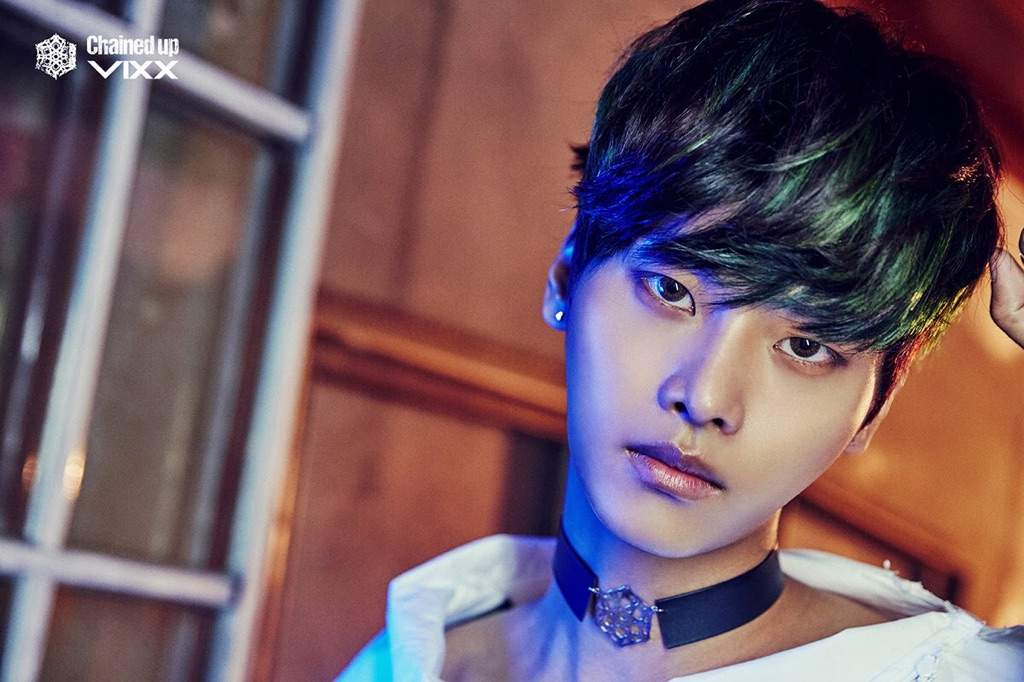 One of his most unique styles, the brown/black with streaks of green in their Chained Up era. 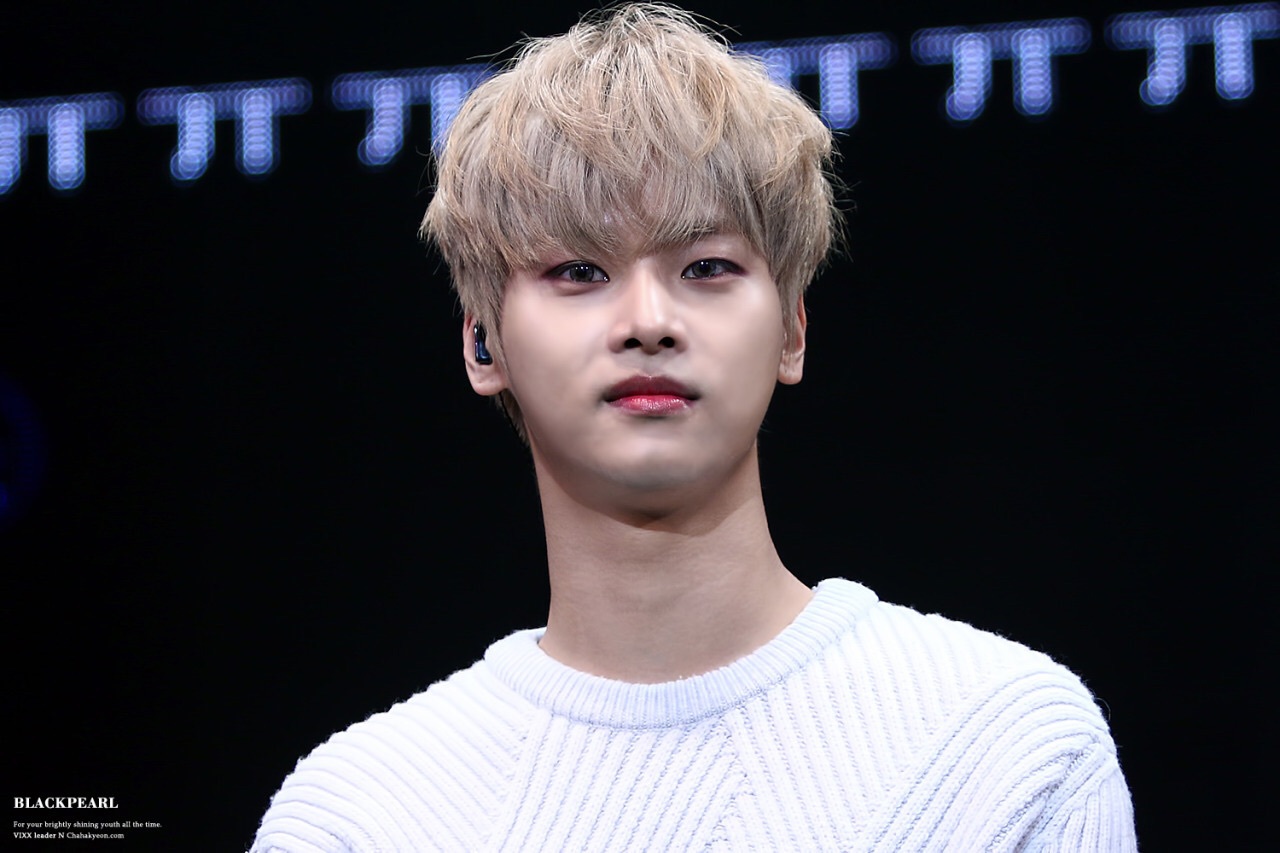 Angelic N with ash blonde hair, truly a gift from the heavens.

GOT7’s visual is not an exception from having various hair colors. But with his out of this world visuals, he can manage to look good with anything! Although GOT7 is a group filled with good-looking men, Mark continues to justify his position as the group’s official visual. 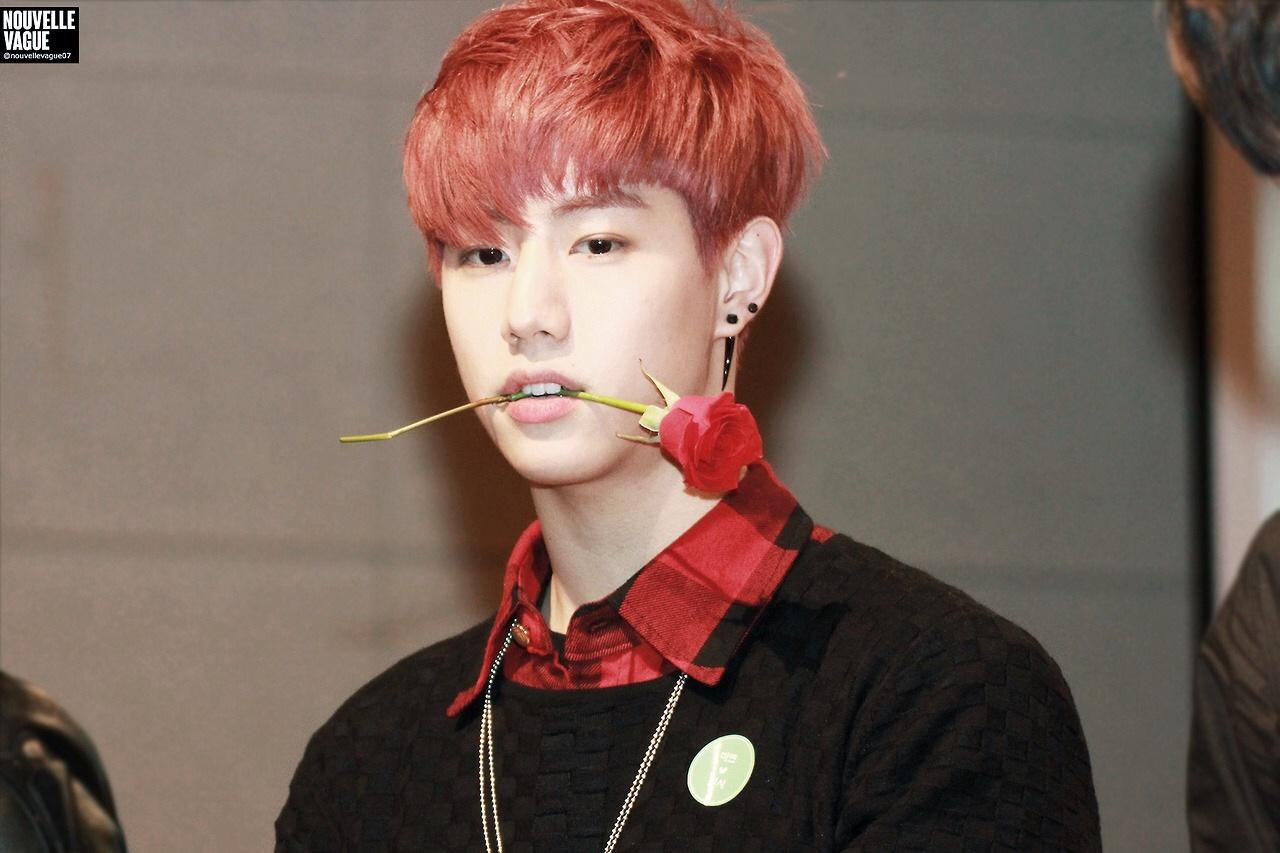 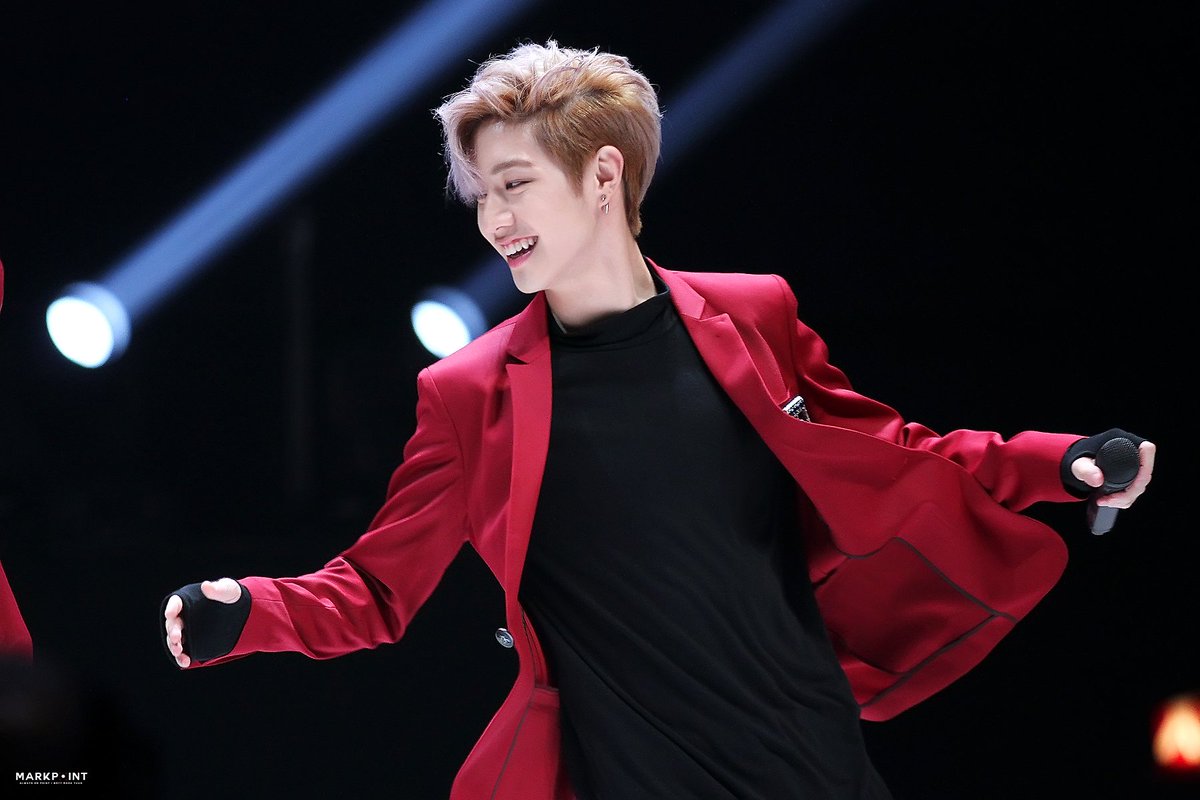 Blonde Mark alluring you with his heavenly smile! 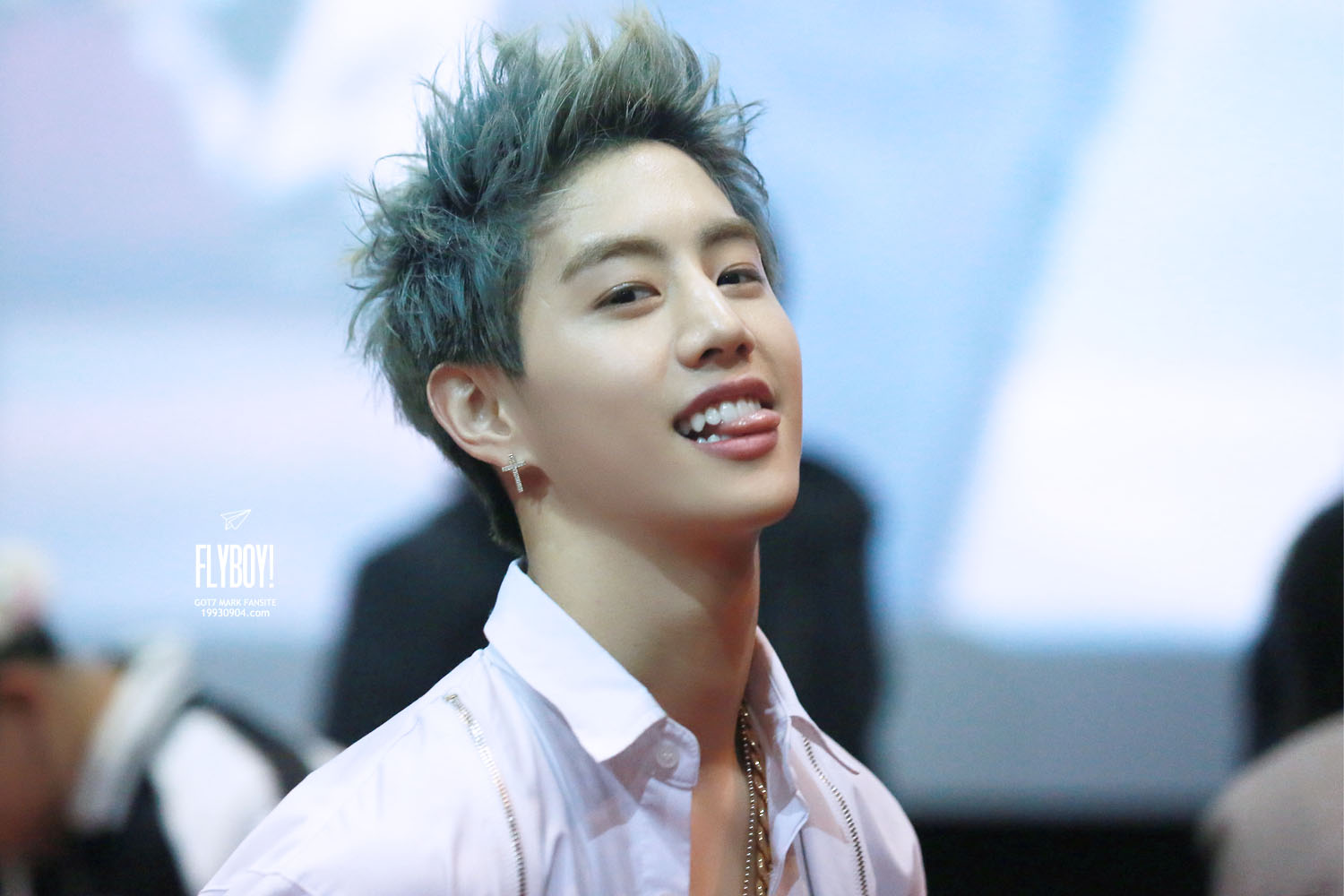 WHAT A TEASE! Mark Tuan in green-grey hairstyle is definitely a sight to behold.

If we are going to put the words “Seventeen” and “hair” in a sentence, it will most likely going to be about their vocalist, Jeonghan. Gaining much attention for his long hair during their début, the public known Jeonghan for his asset, his long hair. Usually, such hairstyle won’t fit anyone, but his handsome face is enough to make him to look good in just anything. 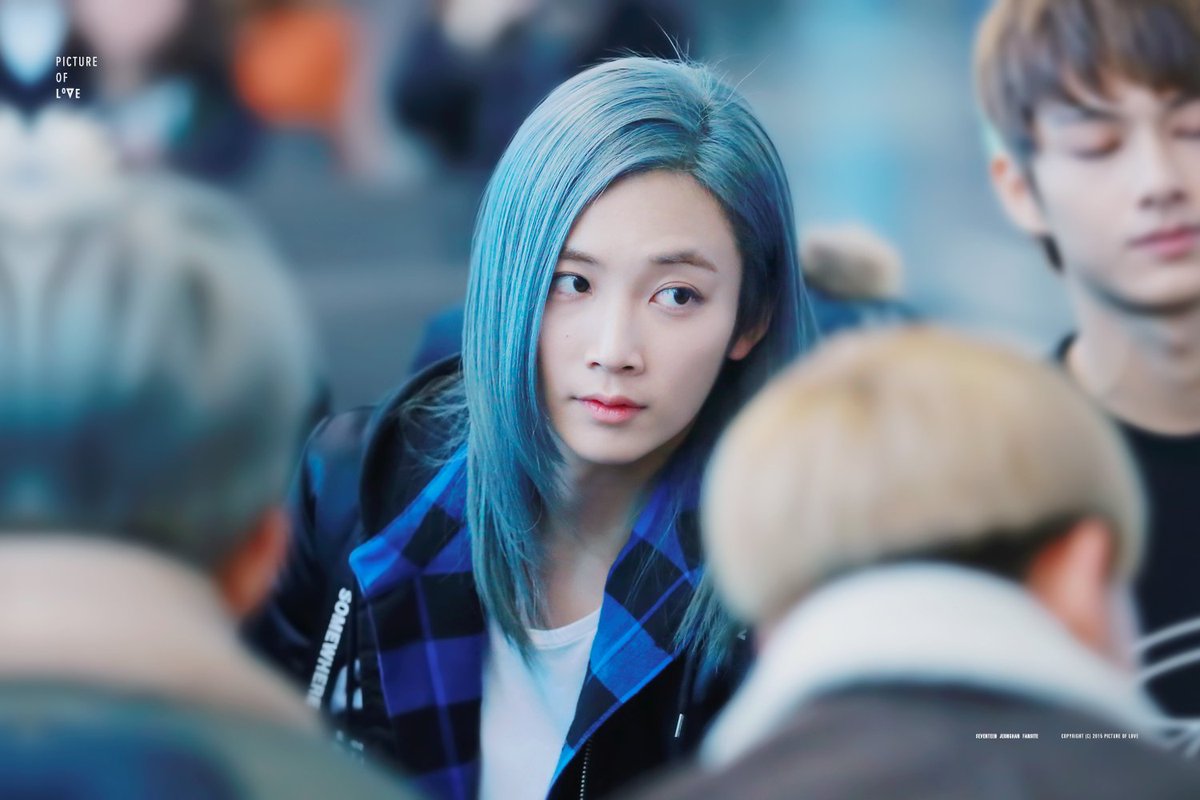 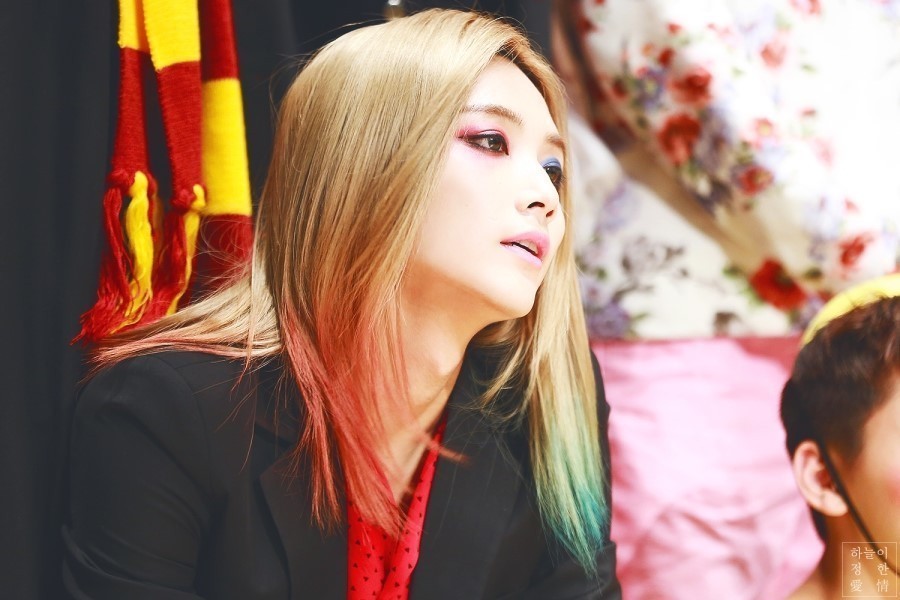 The cosplay that got everyone swooning! Long ash blonde hair with blue and red tips a la Harley Quinn. 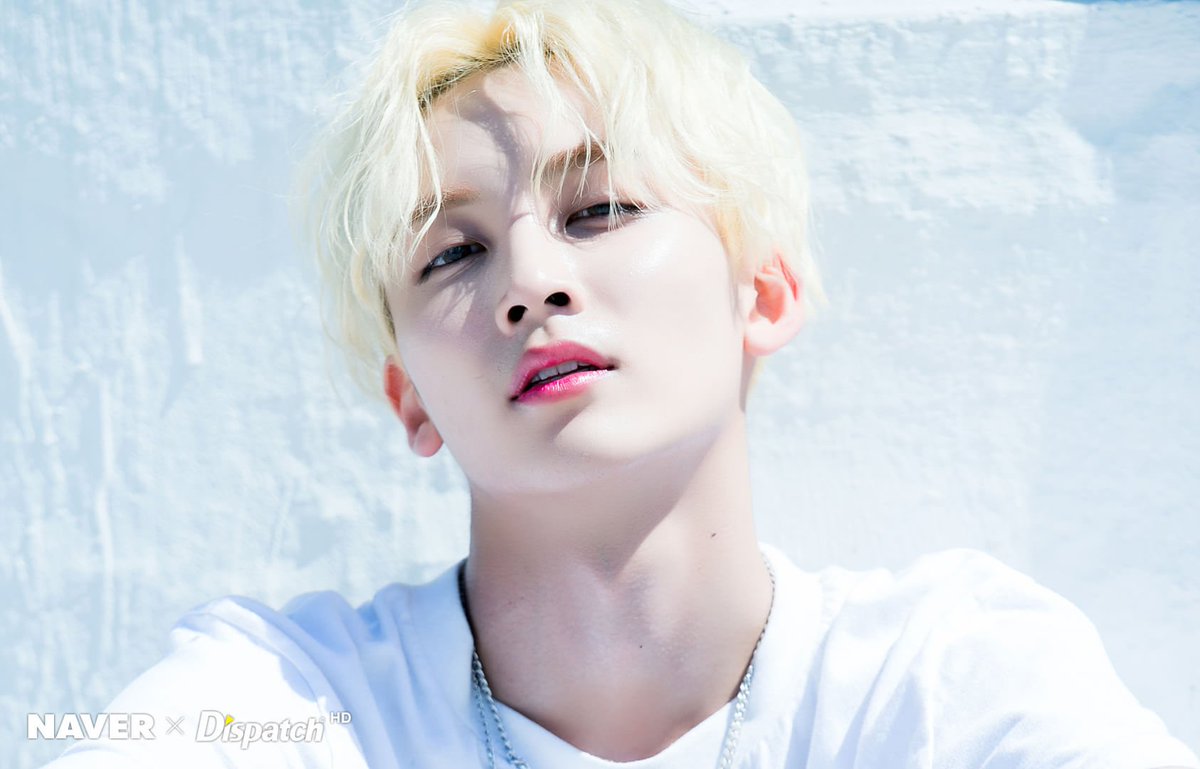 Who says he only looks good in long hair? Jeonghan in white hair is as beautiful!

This Bangtan member is not only known for his unique hair colors, but also for his unique personality! Joining the roster of 4D idols, don’t get fooled by his quirky charms because he can create a 360 degree change and be an entirely different person on stage. 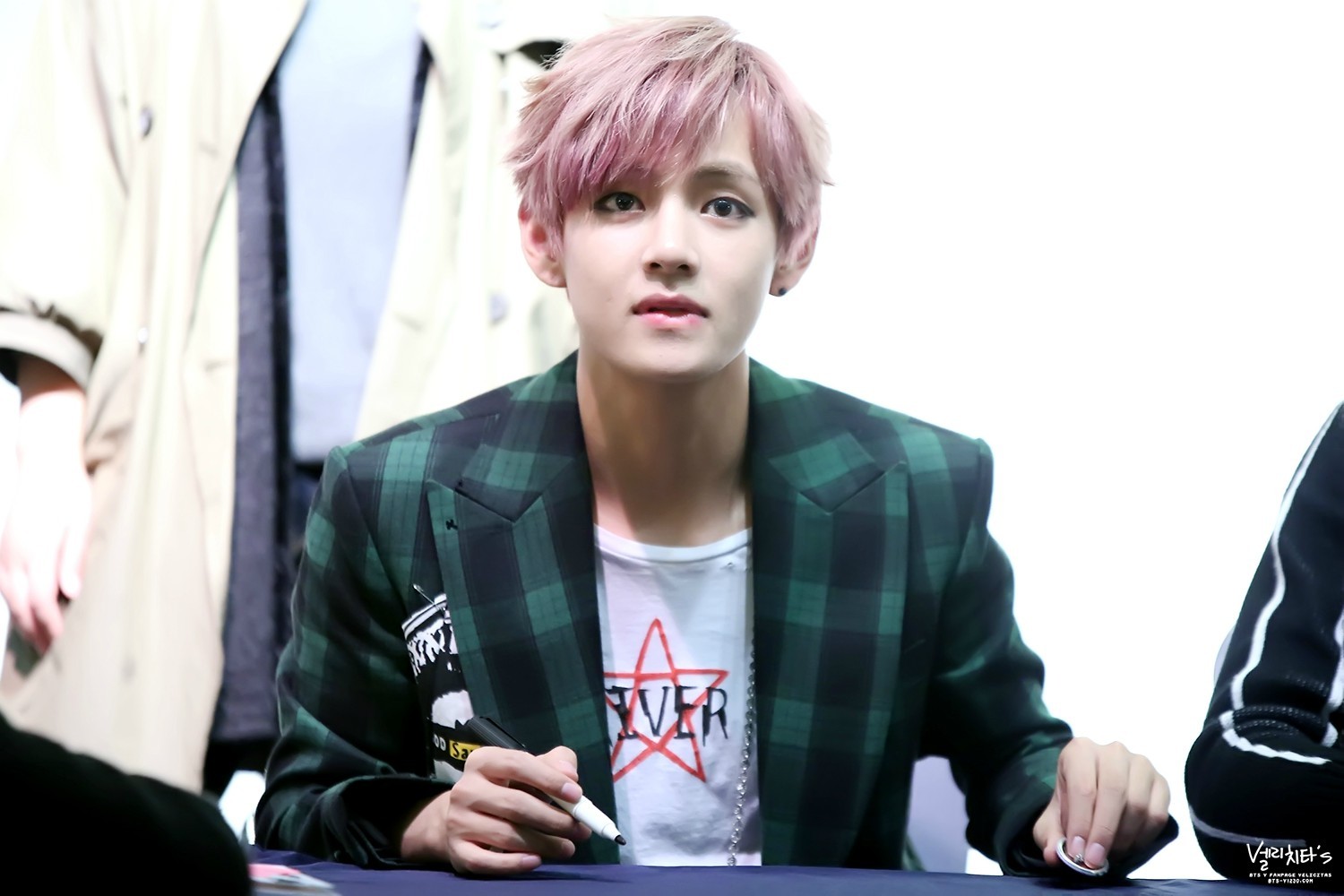 V with his pink hair looking cute as ever! 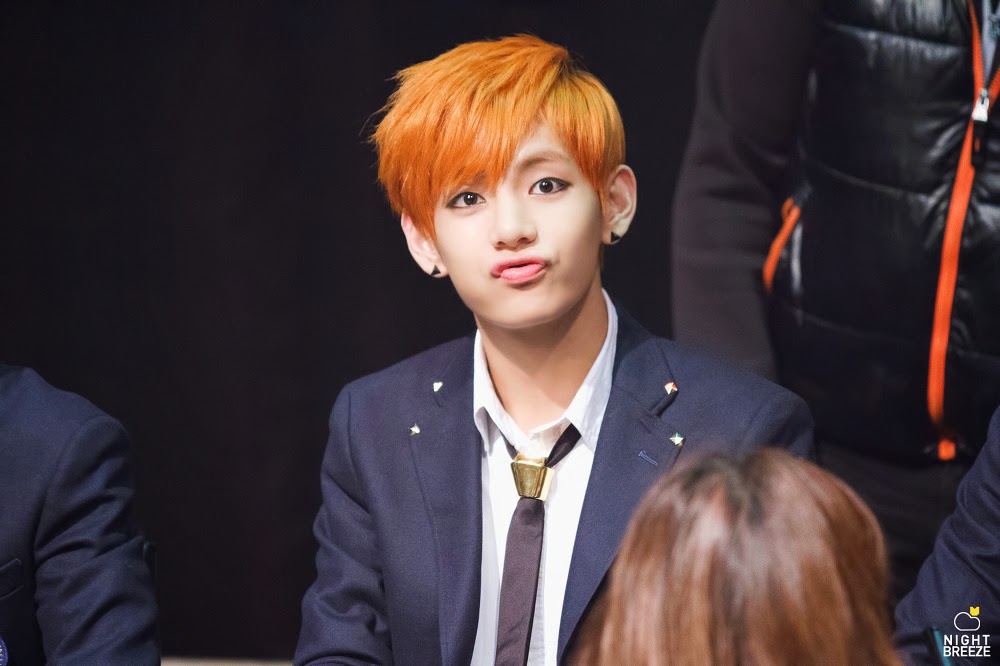 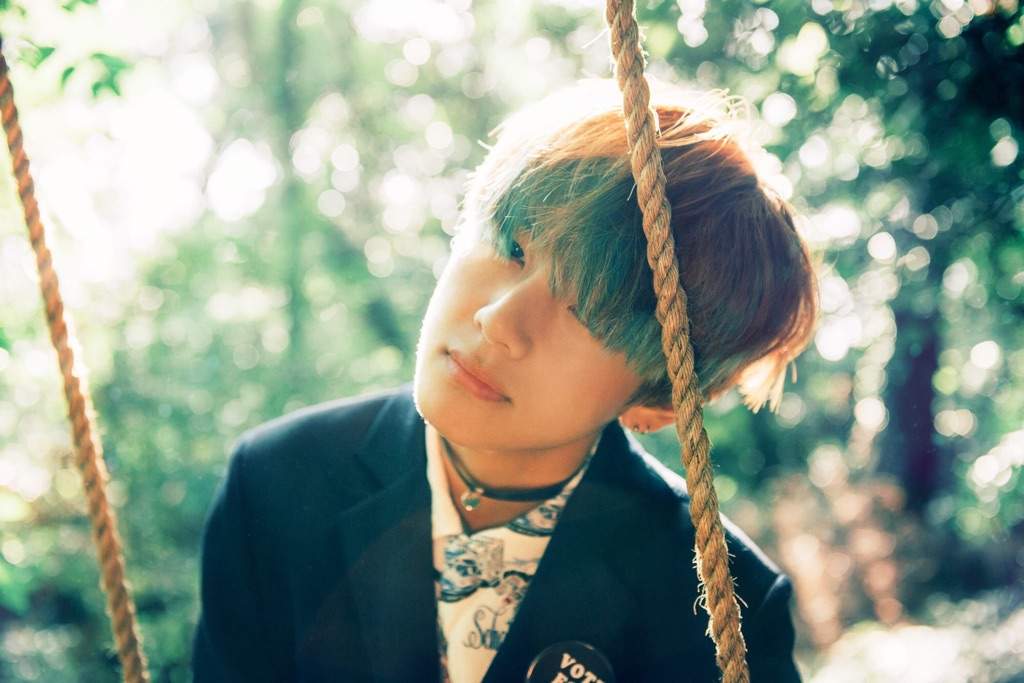 Although they wouldn’t like to be regarded as “idols”, I will still add Young.K here because he totally fits the concept! There was a time (refer to this OneHallyu Thread) where he literally had a different hair color each day for almost a week! Will anything ever look bad on him? I doubt there would be. 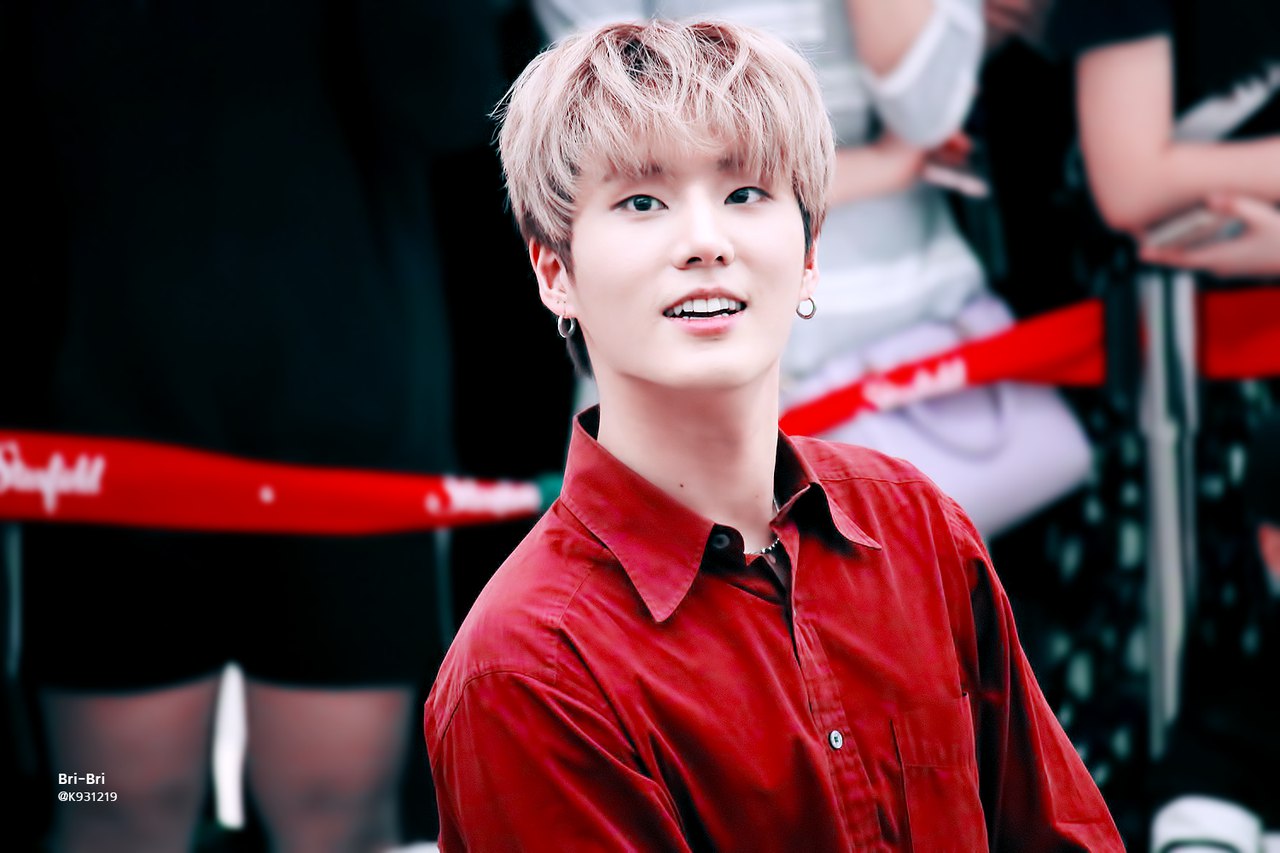 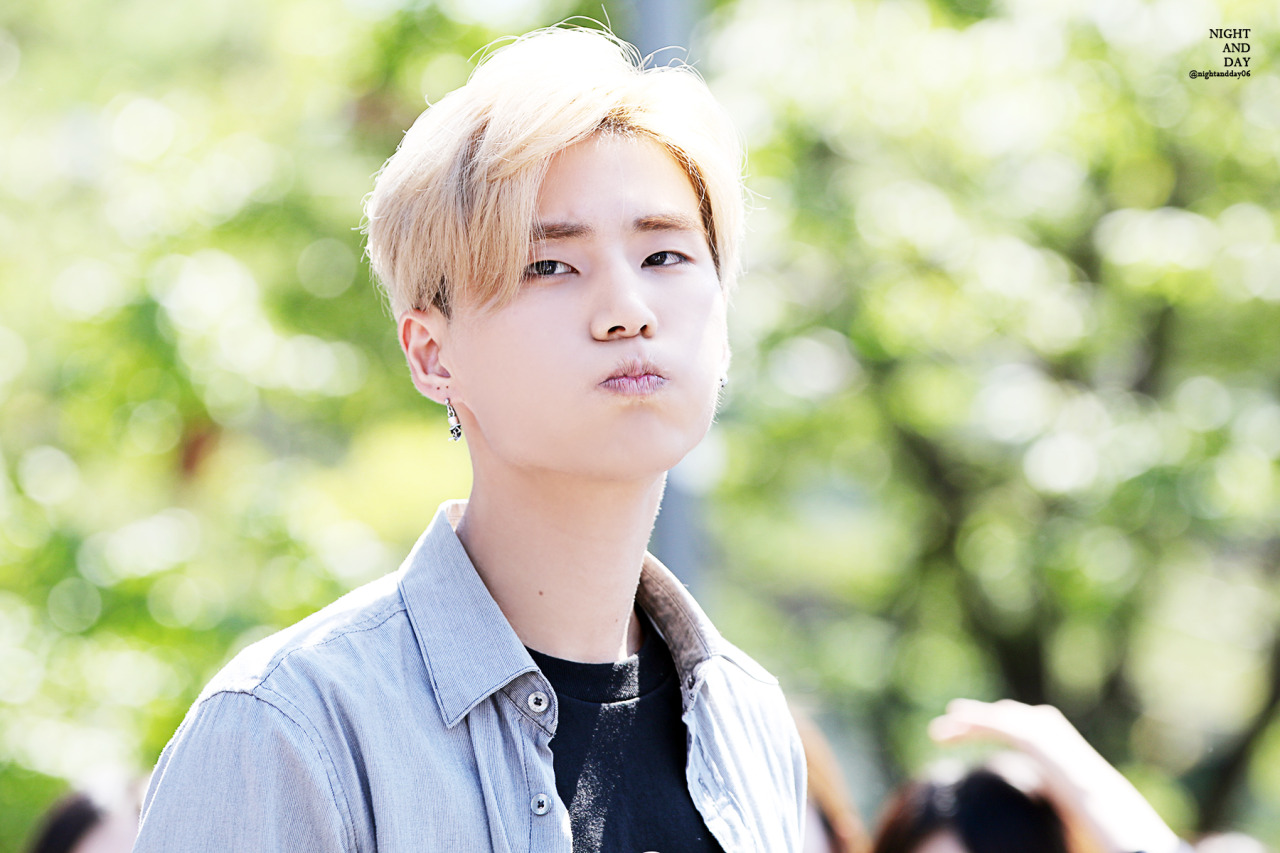 In blond, he looks cute too! Where can I buy a Young.K? 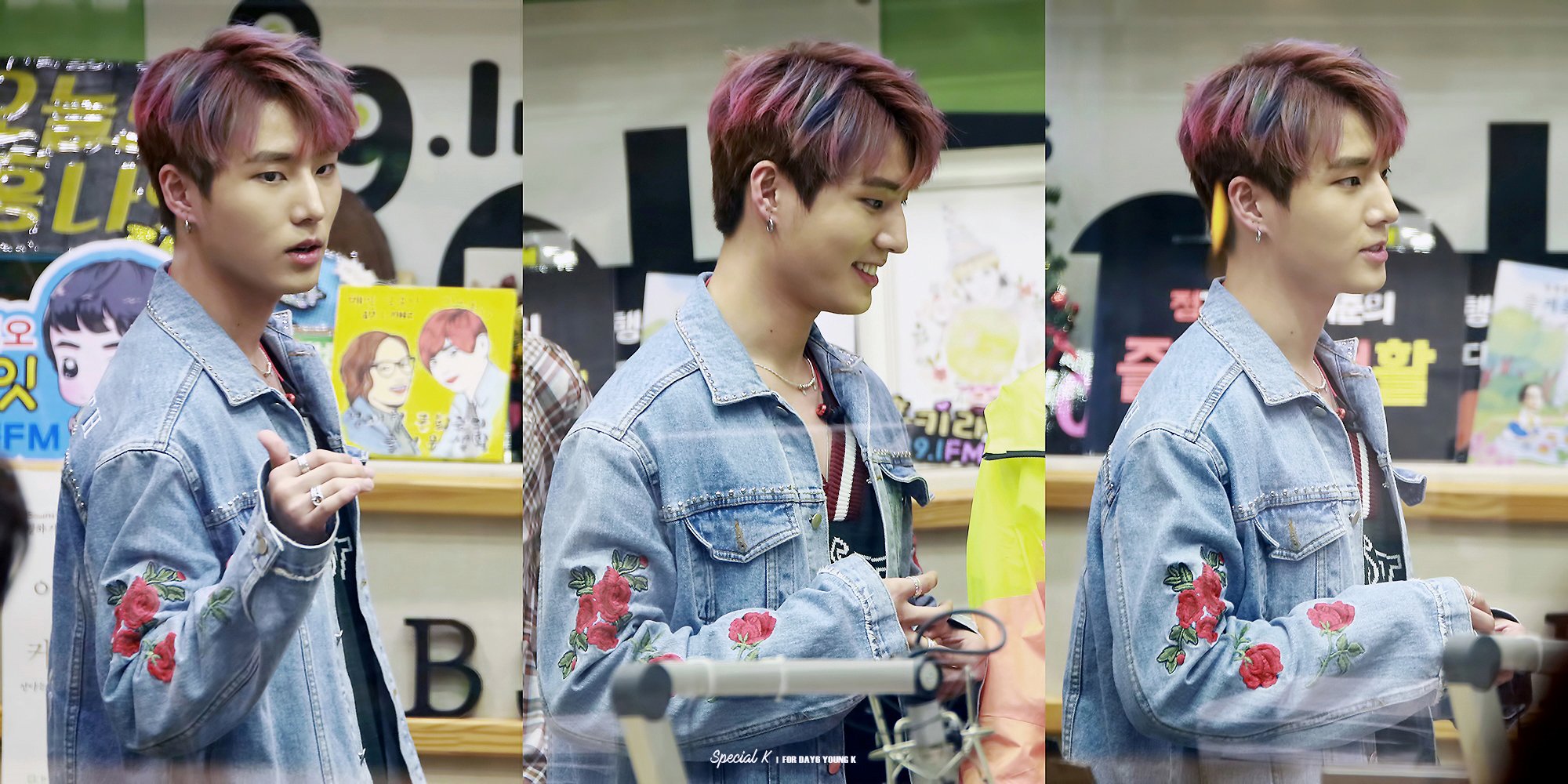 And he’s actually one of the few artists who tried the rainbow hair! What a waste that this did not even last for 3 days, it definitely looks amazing on him!

Well that marks the end of this list. I’m sure there are more of them awaiting to be mentioned. Make sure to drop them comments below and let’s see who we can add here.