by Eaze
in Korean Entertainment
1

The constant need to search for new things to read became a habit of mine ever since I started reading mangas. A few years ago, I stumbled upon a Manhwa, the Korean version of Japanese mangas, when doing so. The Breaker series was the very first Manhwa that I have ever read and possibly one that is the most inspiring of sorts to me.

The story is set in a world of martial arts. A story full of comedy, action and drama, but more importantly, the growth of a young boy named Shioon. Shioon was quite wimpy as a kid. He was constantly bullied in school by the other “tough” guys. One day, a rather eccentric, tough-looking man named Chun-Woo joined the school as a teacher. Sadly, he wasn’t as tough as he looked as he would rather apologize to the bullies instead of punishing them when they taunted him. Fortunately for us, that was just an act from displaying his true nature. 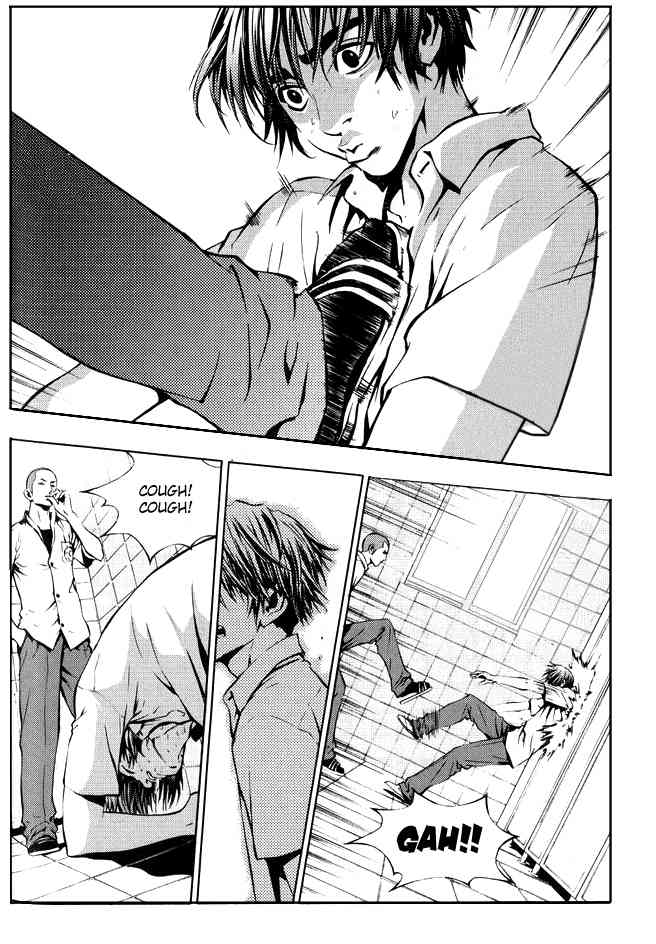 Eventually Shioon discovers that his teacher was brilliant in martial arts. He caught a glimpse of Chun-Woo brawling in a dark alley with larger guys who he overpowered easily. After witnessing the incident, he insisted on his new teacher to teach him as he wants to get stronger to defend himself and his loved ones. Through desperation, Shioon showed his teacher how much he really wants to improve himself and that the best way is to learn from him. Chun-Woo reluctantly took him under his wing, which Shioon took as a great accomplishment. Little did he know for what is to come as the world of martial arts in the series was a dark one. Chun-Woo himself hides a dark secret which will turn Shioon’s life around.

The story seemed slow at the start as they tried to introduce the characters more. The pace of the story starts to pick up when we get nearer to the climax. It shows more of its darker side as the story progresses. The art style of the story is really easy on the eyes. It has minimalistic backgrounds with more focus on the characters itself. This allows the illustrator to draw better action scenes which captures the moment really well, making it a very enjoyable reading experience.

The character development for both Shioon and Chun-Woo was great. Despite the story being a typical Shounen, where the main character starts off as a weakling and eventually becomes a badass, this one somehow feels different. Understandably, this is the world of martial arts, so any power-up he gets feels real despite some of the obviously impossible action scenes. This is what attracts readers of the manhwa in my opinion and one of its biggest selling points. Shioon as a character was very admirable. Throughout the series, he truly showed why he was the main character. Determination and courage were very evident values he displayed consistently, which makes it very easy to root for him. Chun-Woo on the other hand had a really funny, goofball kind of role at the start. However, as the story progresses, his true nature surfaces and we later realised how his past affected his personality and the decisions he makes. He soon shows how much of a badass he is, defeating tough opponents really easily despite being handicapped in numbers most of the time. The Manhwa has other equally important characters and groups such as clans which help supported Shioon in his quest to improve himself. All of them played their roles very well despite some not getting that much of a development, which may not be a good thing for some of you guys. 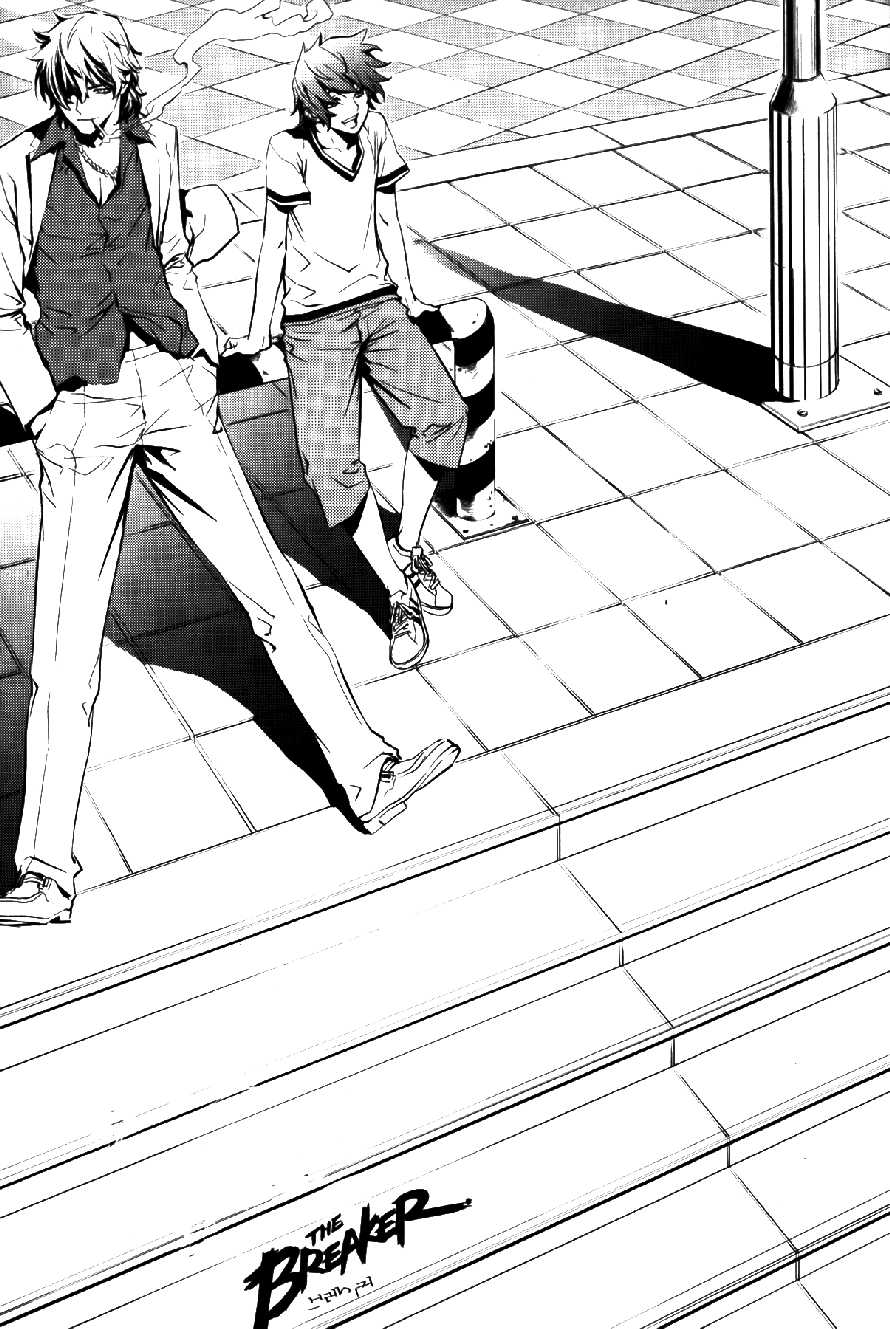 The master and disciple relationship between Shioon and Chun-Woo was a very weird and interesting one. Usually, it is the disciple being the rather ill-behaved one, with the master patiently supporting and teaching him the correct ways. This one was the complete opposite. Chun-Woo was a rather aggressive and violent teacher who would reluctantly teach him altogether in some situations in the series but Shioon never fails to show his determination to improve. This constant interaction proves to further improve their relationship as master and disciple which impacted their lives very much throughout the series. The shocking emotional conclusion to the story shows how important their relationship was in the Manhwa.

The Breaker just ended their second part to the series, The Breaker : New Waves. I’ve already read it as well but to review it is to make me repeat the points that I’ve laid out above. The second series had more emotional and darker aspects to the story compared to the first. New characters were introduced which carried the story brilliantly. There were much lesser comedic scenes in the second series but nevertheless was still a very engaging story to read. Shioon became a very mature character with bigger responsibilities while Chun-Woo, without spoiling too much of the story, had a very different role. Authors of the Manhwa had just recently revealed that they will eventually get a part 3 of the series. Unfortunately though, they didn’t give an exact date when. Hopefully they will soon as The Breaker:New Waves ended on a very frustrating cliffhanger.

The Manhwa was very enjoyable from start to end. I personally felt that this was one of the best comics I’ve ever read, whether it be a Manga or Manhwa. The story is definitely not one of the most interesting or deeper ones compared to other comics like, One Piece, Naruto or Bleach. However, the characters, story and its fight scenes will never fail to attract any reader. Personally for me, it actually inspired me to work harder in my own life, just not in the fighting sense of course. Hopefully, it will be the same for you guys out there.

espressOH! | “July Found by Chance” is the Most Beautifully Self-Aware Manhwa

There is an ever-increasing number of high school romance stories in both print and media, with fewer and fewer actually managing to bring something wholly new to this genre. But July Found by Chance, an ongoing webcomic by South Korean artist...

The ongoing Korean webtoon "Winter Woods" takes a new twist on the story of Frankenstein in a manhwa that is a clever mix of heartwarming and disturbing. With beautiful art and characters that you won't quite be able to...