Cook Up A Storm is a Lunar New Year comedy, inspired by Nicholas Tse’s own TV Show ‘Chef Nic’. Released a little late into the season, it features a Chinese-Korean ensemble cast with familiar faces to both fans of Hong Kong film productions as well as K-Pop fans. But with a premise as cut-and-dried as it sounds, it’s probably more likely to appeal to fans of the aforementioned familiar faces.

Recommended for: Fans of the cast members, those looking for mindless visual entertainment

NOT recommended for: Anyone on a diet, or expecting a cinematic masterpiece 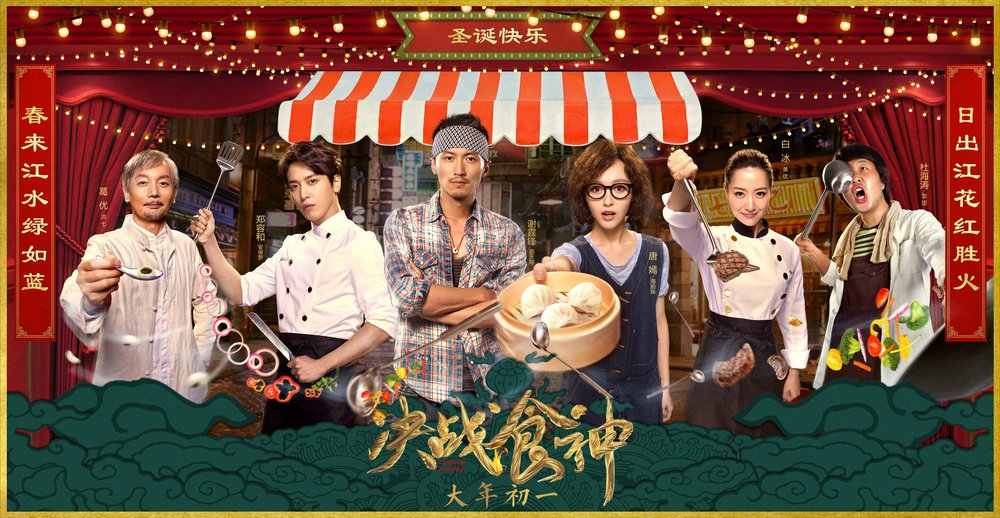 Sky Ko (Nicholas Tse), a Cantonese cook with a chip on his shoulder, meets his match in the form of Paul Ahn (Jung Yong-hwa), a Korean-Chinese three-star Michelin chef. The former caters to local tastes at his popular time-honoured traditional shop, while Paul’s new Western-influenced restaurant aims to innovate. The problem is: Paul’s restaurant, Stellar, opens right in front of Sky’s little shop. This takes away a chunk of Sky’s formerly thriving business. Naturally, Sky despises everything about Paul.

That’s the least of Sky’s troubles. His dad, a world famous chef, left him when he was only a little boy, and claimed that Sky would never be a good cook just because he couldn’t cut some lousy vegetable. However, these rivals inevitably end up working together in an East meets West culinary fusion.

Cook Up A Storm isn’t bad, but it isn’t good either. It’s definitely a visual treat, with its extreme close-ups of spices sizzling in the kitchen, and the chefs’ adept movements as they swiftly debone and toss a whole fillet around. But it really stops there. The film progresses and ends as predictably as expected. If (and a big if) you don’t expect too much from it, you might find yourself enjoying the show. 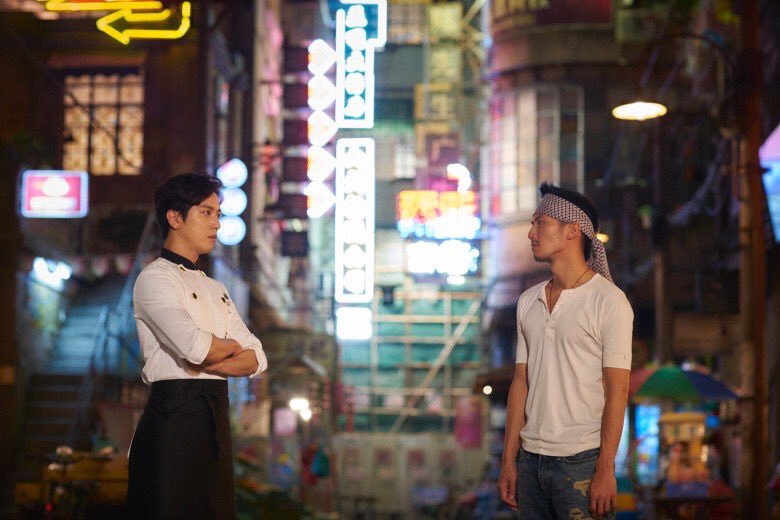 I would warn for spoilers but like I said, it’s not really that hard to foresee how this story ends. The screenplay had its moments, but the film didn’t really make me laugh out loud. I guess that in itself is kind of damning for a comedy. It made me smile in certain parts, for sure, but perhaps its only memorable comedic moment was when Paul punched his former boss, and the latter moaned about his destroyed nose job, likely a little gag at South Korea as the plastic surgery capital of the world.

That did make me wish that they’d further explored Paul’s mixed Chinese and Korean background. I would wager that it might’ve made the film a little bit more interesting. Sky is perhaps an easier to love character, but Paul’s characterisation was a lost potential. I’m guessing it’s because the screenwriter wanted audiences to dislike Paul’s coldness just as much as Sky did. We do find out more about Paul towards the end of the film after his assistant backstabbed him, but by the time that happened, there was very little room for more character development left.

Overall, the camerawork is probably one of the better parts of the film, even with its campy factor. I ended up feeling hungry by the end of the whole spectacle, but it was pretty worth it. 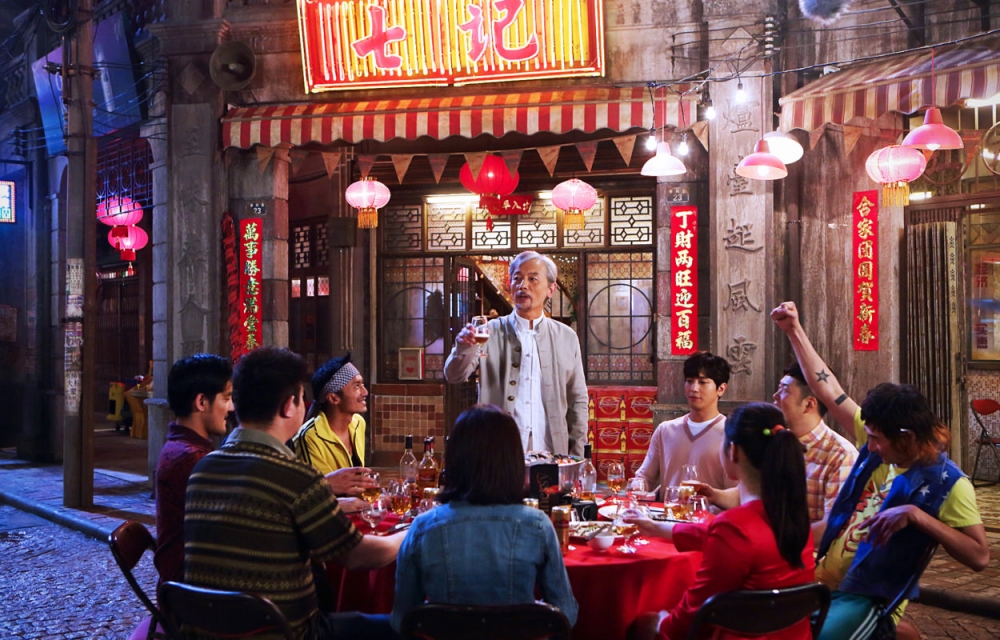 Most of the principal cast members are silver screen veterans. However, the film’s formulaic screenplay doesn’t really do any of them any favours. But I did appreciate the chemistry between most of the actors. The little frisson of energy between Nicholas Tse and Yonghwa was pretty fun to watch. Of course, it helps a lot that they’re both really good-looking, I’m not going to lie.

What I didn’t like in the slightest was Sky’s friends’ attempts at slapstick comedy. More often than not, it was borderline painful to watch, cringeworthy, and terribly unfunny. They were unneeded.

Cook Up A Storm is pretty much as formulaic and predictable as it sounds, but I did enjoy it a little bit. I do like Nicholas Tse’s face a lot, so that would probably explain why. Would I watch it again? Yeah, I wouldn’t mind watching it again if any of my local TV channels aired it and I had time to spare. You’d probably enjoy it a little bit too if you’re into Food Network level of pornography, and appreciate the cast members’ faces.

Whilst the northern half of the planet has gravitated to the inviting warmth of blossoms blooming to welcome the warmer months of spring, I await the days the individual leaves start changing colours.  With each passing season, a large...