Fabricated City was released a few months ago in South Korea, but took what felt like forever to arrive in Singapore. Maybe they had to literally ship the reel by sea, or it got lost in the mail. Either way, Fabricated City debuts to seemingly lukewarm response in Singapore, even as it topped South Korea’s box office. Still, Fabricated City is a standard thriller that’s pretty enjoyable as long as you leave your brain at the door, and allow its myriad of explosions and fanfare to wash over you.

NOT recommended for: Anyone triggered by flashing lights, shaky camera, indulgent destruction of public property, or blatant traffic offences and road rage

After returning a lost mobile phone found at the PC bang, unemployed gaming addict Kwon Yoo (Ji Chang-wook) awakes from slumber, to find himself implicated in crimes against a minor that he had never committed. But evidence piles up against him. He’s pronounced guilty by people around him even before stepping into the courtroom, and the only lawyer (Oh Jong-se) remotely willing to defend him in court fails to clear his name. Even his gaming addiction is used against him. Subsequently, Kwon Yoo is incarcerated in maximum-security prison, where inmates do not take lightly to rapists. 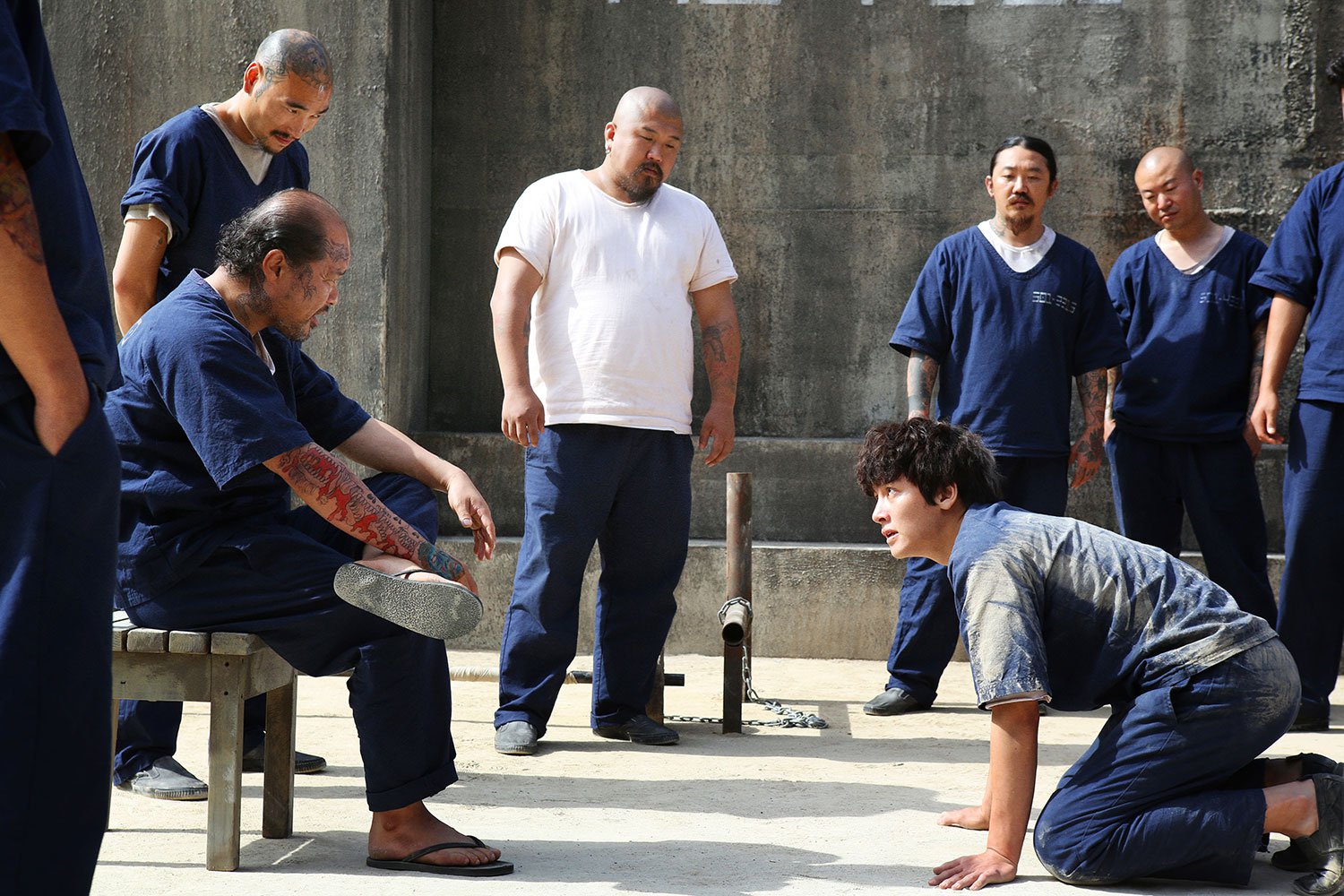 The only person who believes in his innocence is his mother, who tirelessly fights for his freedom. That’s enough hope for Kwon Yoo, who shows an incredible will to live, and learns to outsmart prison rules. Hope is further kindled when his mother tells him that she found someone who can prove that Kwon Yoo has an alibi. Meanwhile, another inmate, sentenced with serial homicide, eventually befriends him, impressed by Kwon Yoo’s determination. Convinced by his innocence, the inmate also suggests a way for him to escape. Thus begins Kwon Yoo’s rollercoaster of a journey to clearing his innocence — with the help of his gaming team. But this time, they have to feel real life consequences of their actions.

Fabricated City is quite the entertaining action flick. It’s mostly from a combination of engaging action sequences and cinematography, decent pacing, as well as a decent cast, led by Ji Chang-wook. Personally, though, Shim Eun-kyung stole the limelight for me as soon as she makes an appearance. Her character doesn’t speak much, but she commands attention with every rare word she does utter. However, the film’s main storyline itself fails to bring anything new to the table. 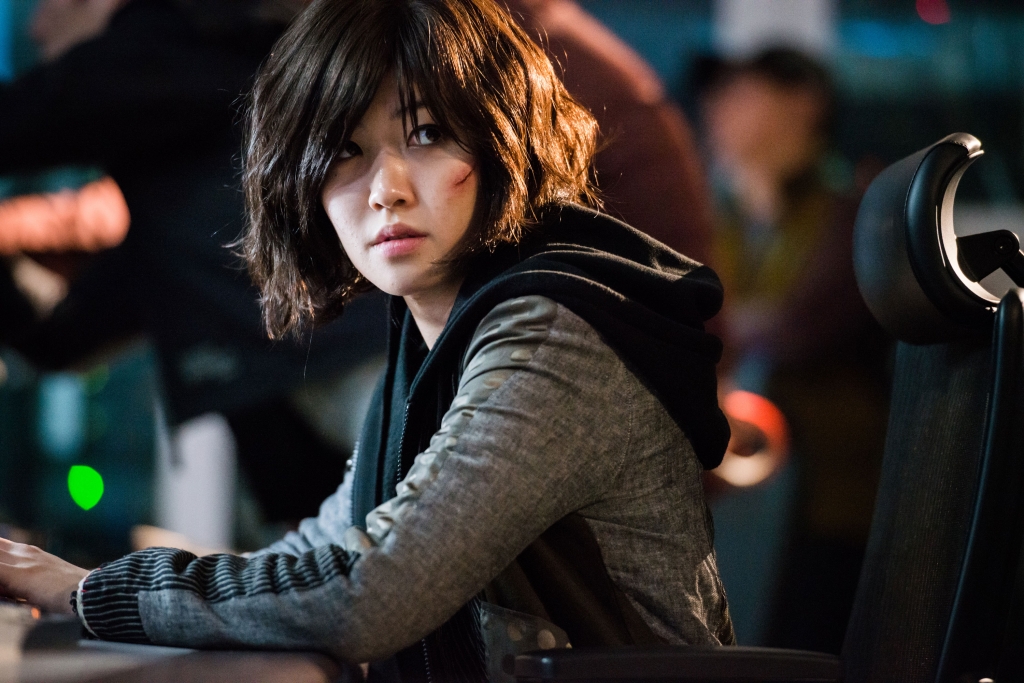 Generally, the film is paced well enough for it to remain engaging for two hours. The average-Joe-turned-hero trope is nothing new, but Kwon Yoo is likeable enough, partly perhaps because Ji Chang-wook’s just really good-looking. But Fabricated City is a flashy, yet fairly standard derivative of the countless films out there that revolve around wrongful convictions, complete with a stereotypical villain.

Perhaps one of the more interesting aspects of the screenplay is in the relationship between Kwon Yoo and Mr. Hairy. The latter is initially introduced as a man who often needed Cap, Kwon Yoo’s alter-ego, to rescue him. But when Kwon Yoo finally meets Mr. Hairy in person, ‘he’ turns out to be a cute, socially awkward girl named Yeo-wool (Shim Eun-kyung), in a manifestation of the ultimate online fantasy. Sparks are clear between Kwon Yoo and Yeo-wool, but the screenplay doesn’t attempt to distract the audience from the main storyline with overt, unbelievable romance. I liked that.

However, Min Cheon-sang is an uninspired depiction of the textbook Hyper-Intelligent Psychopath Who Is So Bored With His Own Life, He Ruins Others. There’s nothing different about him, nothing that we haven’t seen before in countless of other crime thrillers. At least Kim Sang-ho wasn’t the worst actor in the world, and embraced his stereotypical role, I suppose. Otherwise, don’t bother with this film if you’re tired of this particular brand of villainy. 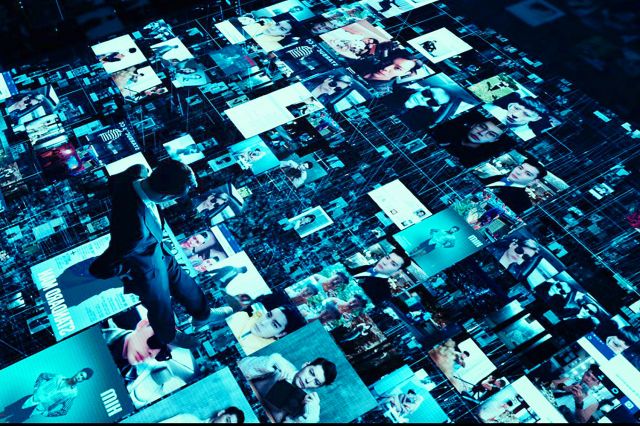 Fabricated City has its moments of visual brilliance. Its aesthetic is aptly influenced by video games, but ironically enough, the film is at its best in its fleeting moments of stillness. Shaky cam is done away with in critical moments, when the film wants to hint at something crucial to the discerning eye. For instance, in the scene where Kwon Yoo’s mother meets his seemingly incompetent lawyer, the mise-en-scène is set to present Min Cheon-sang surrounded by a neatly piled disorder, a visual oxymoron that hints at the lawyer’s carefully constructed schemes. All around him are piles of folders that appear to be disorganised, and yet, most of them are carefully arranged atop of each other. It comes to no surprise when it’s revealed that the lawyer is not what he seems, carefully orchestrating cover-ups, and pulling strings.

However, the film sabotages itself with its lack of consistency. At times, clunky graphics distractingly stick out like a sore thumb. For instance, while Kwon Yoo grieves his mother’s death in prison, her ghostly figure comes to him in his sleep, heralded by some kind of neon blue glow. This appears to be an attempt at invoking the high stylistics of the virtual world, a comforting world for Kwon Yoo. But it’s awkwardly and unconvincingly executed. As such, the only thing the scene achieves is show off just how pretty Ji Chang-wook looks when he cries, even after he’s all beaten up.

It’s clear now why Kwon Yoo never actually loses any of his pearly whites, even after getting his ass handed to him on multiple occasions though. The film probably wouldn’t have done quite as well if Kwon Yoo’s wounds were actually realistic. But it would’ve been truly something to write home about at least.

The film implies that Min Cheon-sang’s assistant is the one in charge instead when she claims that he’s replaceable. A Fabricated City sequel, perhaps? Well. Either way, if you enjoy watching things get blown up, or simply appreciate Ji Chang-wook’s face, then this is the movie for you. But if you’re looking for an arthouse contender, or a genre-defying wonder, then feel free to give this one a pass.

Moral of this story, though: don’t trust anyone. If you find a phone lying around and it starts ringing, don’t pick it up. You’re not going to enjoy prison, even if you’re a taekwondo champion. And what are the chances of a whole ragtag team of gamers — one of them unemployed, and yet, equipped with actual skills in engineering that should, in reality, make him very employable — hanging around, prepared to put their lives at risk to save yours? I’m telling you that they’re very slim. Don’t risk it. Also, don’t piss anyone off even if they’re hogging the road. Road rage isn’t worth it.