Old school martial arts film stars make their silver screen comeback in historical war film God of War. Still, even with a veteran cast as well as a premise that borders on nationalistic, God of War is underperforming in China. The film saw approximately USD 9.25 million, a little over a week since its release, in the Chinese box office. This isn’t a particularly impressive number in China, where it is overshadowed by Hollywood imports, Wonder Woman and The Mummy. In a hilarious parallel, though, The Mummy is also performing poorly in its own domestic box office. But at least folks of The Mummy are able to collect coins somewhere — the film surpassed God of War‘s cumulative gross in China within a day. Scientology lives on. So, what went wrong with God of War? Is it solely the fault of its marketing team, or does the film itself also fall short?

Recommended for: Historical period film costume and set design enthusiasts, or those who enjoy the action genre of the war and old-school East Asian martial arts persuasion.

NOT recommended for: Anyone averse to explicit violence, are easily turned off by jarring film score and editing, or unable to sit through films longer than two hours.

Set in 16th century China, God of War pivots on a battle of strategy in a long drawn-out conflict between raiding Japanese pirates (or wukou) and the Ming Dynasty army. General Yu Dayou (Sammo Hung) struggles to lead his men against the Japanese invaders’ craftiness for months on end. The tides begin to change when General Qi Jiguang (Vincent Zhao) is summoned, whose reputation precedes him. He lives up to this, by easily dismantling the Japanese wooden fortress. This takes the Japanese completely by surprise and forces them to improvise on a retreat and live to fight another day — to the Chinese court’s chagrin. They charge both Chinese generals for treason for conspiring with the Japanese and allowing them to escape. Just because they can, apparently. 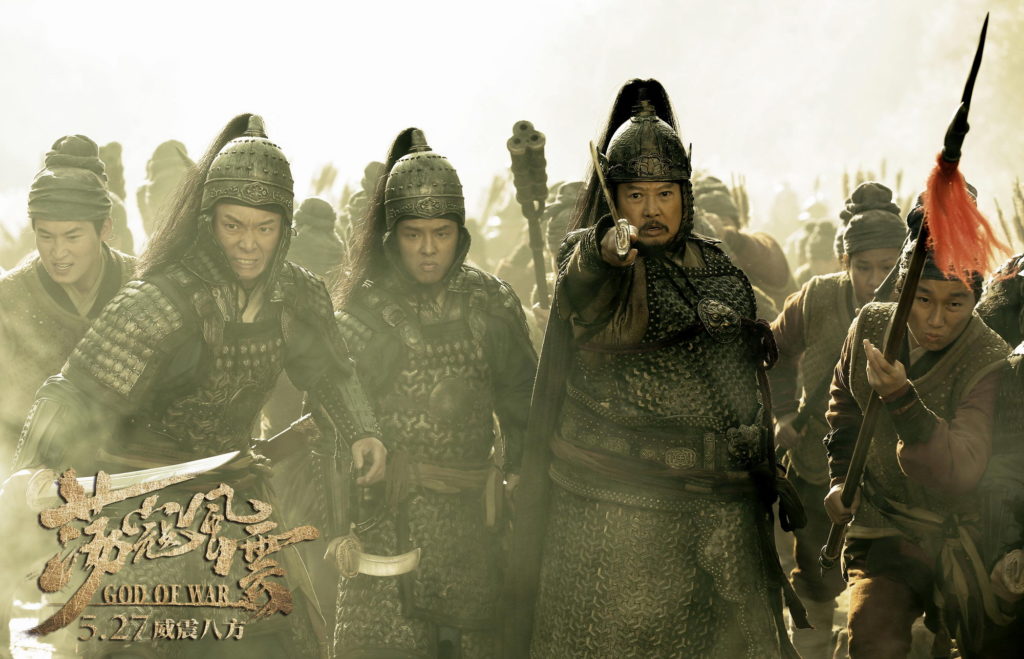 General Qi is eventually cleared of the charges, but General Yu and his men tragically aren’t. After paying his respects to the latter, Qi then moves to train a new army to take on the Japanese pirates in their inevitable return. And return they do, this time with a 20,000-strong force. Still, where the Chinese lack in number, they make up for it with genius. But there’s more to their Japanese foes, led by Commander Kumasawa (Yasuaki Kurata) than meets the eye. The wukou are, in reality, spearheaded by samurai and secretly backed by a Japanese clan. Most of the dirty work is done by ronin, who were once samurai. But the ronin do not adhere to command from anyone — unless doing so could potentially grant them a restoration of their lost honour. Now, if only the ronin could do all that without sexually assaulting anyone.

God of War has all the makings of a show-stopping epic. The film had an intriguing premise based on historical events, stunning cinematography, and carefully crafted costume and set design. Intricate classic East Asian martial arts marked its action sequences. However, its overall pacing felt rushed, taking away its narrative effectiveness. The film score also felt out of place and distracting, and its protagonist was underwhelming compared to its antagonists. 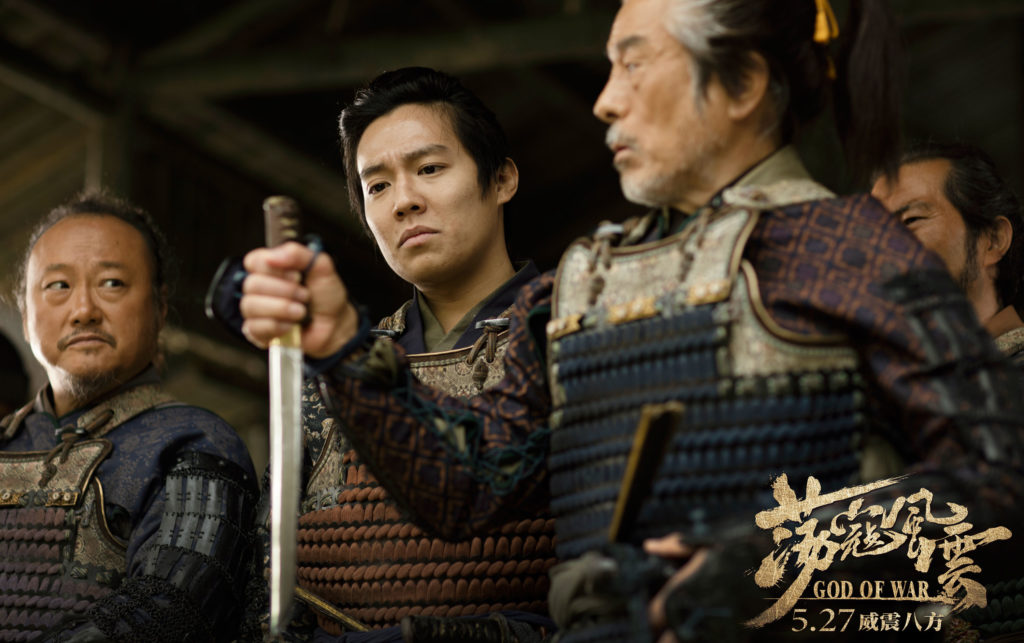 In what I’m sure wasn’t truly the film’s main intent, the Japanese cast members stole the show and left a stronger impression on me than the film’s intended heroes. Yasuaki Kurata was not accorded the same amount of screen time as most of his Chinese counterparts but still managed to bring nuance to his character. Even supporting actor Ryu Kohata, who plays the leader of the ronin, offered a far more engaging performance than Vincent Zhao. They truly did steal the show for me. I actually rooted for them to overcome all historical odds and end up victorious at one point, even if I distantly understood that the film’s narrative couldn’t allow for their savagery to be rewarded.

It wouldn’t be fair to say that God of War‘s Chinese actors were incompetent, though. Regina Wan, for instance, portrayed a good balance of strong will and emotional vulnerability. She was perfect for her role as General Qi’s high-spirited wife. However, that’s also where the problem lies — Vincent Zhao and Regina Wan just didn’t seem like a match to me. At times, her presence and charisma even outshone Zhao, who never quite commanded the silver screen like a lead actor should. 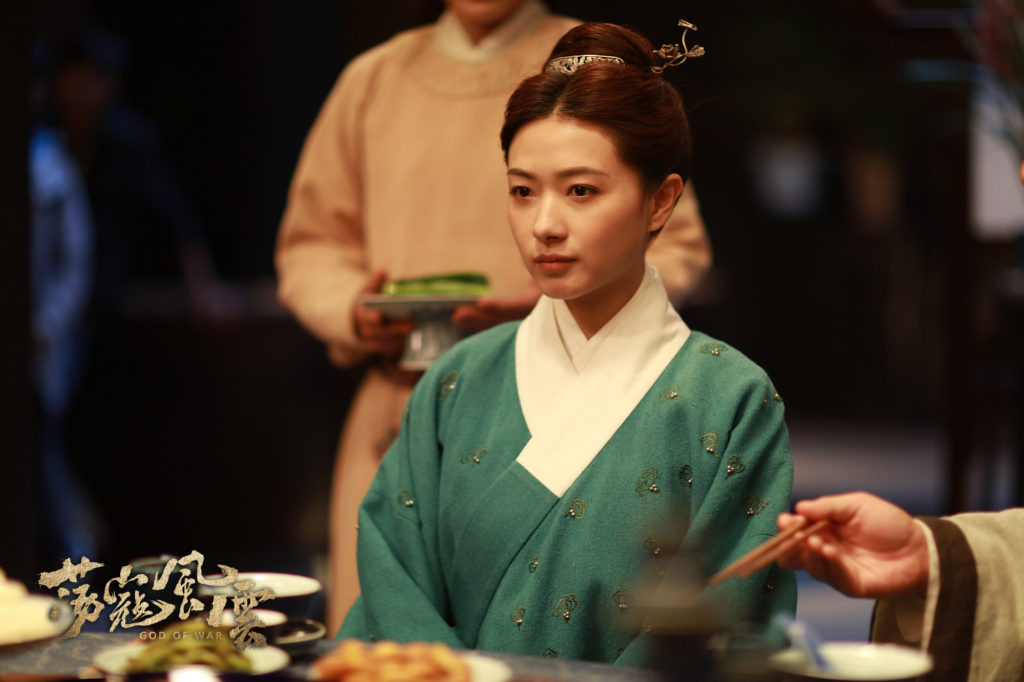 Let’s start with the good. One of God of War‘s strengths lies in its vibrant, often stunning cinematography that lends the film the aesthetic of an action adventure flick. This keeps the film from feeling like a two-hour long history lesson. Unless you enjoy a Professor Binns type of history lesson. However, some of this effect goes to waste due to inconsistent editing that cuts away any sense of seamlessness. The most frustrating instance happens during its climax. The Ming Dynasty army chases the Japanese pirates, attempting to escape on their vessels, and suddenly, completely out of the literal blue, the sky just turns completely pitch dark within the blink of an eye. Presumably, this was meant to convey time passing during the battle, but none of this was elegantly done, at all.

But that’s a comparatively minor gripe compared to my next point. The Western-influenced film score stood out like a sore thumb and failed to accentuate the film. You would think they would incorporate traditional Chinese music in a film about a key piece of Chinese history. If only they allowed a ‘music off’ setting like they do in games. I would probably have enjoyed the film more.

Distracting editing and music aside, God of War was alright. It might have potentially fared better as a television drama, a format that may allow for better pacing of a more elaborate and character-driven story that the film tried to be. And perhaps with better music. This has already been done very recently back in 2015, though, with Zhu Xiaoyu as the famed Chinese general. I would suggest that this is partly why God of War turned out to be a box office flop, but it really doesn’t explain the success of The Mummy. Nothing about The Mummy makes sense, really.