OH! Press Team’s latest project, OH! Chart makes its debut this week. We’ve captured the top 10 performing songs from three different platforms into one masterpiece. From senior K-pop acts in IU and Yesung to rising groups like LABOUM and WINNER, there’s plenty of variety to bless your ears with.

How the OH! Chart system works:

The chart is divided into three different categories: Gaon Streaming and Downloads (55%), Hanteo Physical Sales (25%), OH User Voting (20%). OH users are allowed to vote and have a say in who makes the chart each week. OH users can vote for more than one nominee but cannot vote for the same nominee more than once. Every week, data from the three categories will be gathered and weighted accordingly. The artists with the top 10 highest scores will make it onto the chart.

At the end of Week #1, the overall results for the top three songs were neck and neck. Despite IU’s commanding representation of seven songs, it was YG Entertainment’s talented boy group WINNER who stole top spot ahead of LABOUM. A single user vote miraculously managed to seal the deal for WINNER, scoring only 0.02 points in front of LABOUM. IU finished in third place with “Palette” featuring G-Dragon, just less than 2 points behind WINNER.

LABOUM’s suspected sajaegi (leading to their recent Music Bank win over IU), could have played a part in the group scoring the biggest physical score with a total of 24831. Yesung’s fans had the buying power to come second in the category with 14607. Meanwhile, releases that have been out for a while, dipped in the physicals such as MONSTA X (5548), GOT7 (8305) and even WINNER (9539).

For the OH user votes, WINNER beat IU’s “Palette” by six votes. Both artists were the only nominees that scored more than 100 votes. LABOUM and MONSTA X just missed the 100-vote mark while other nominees including Yesung and ZICO were among the lowest votes. The results showed that artists who have big fan bases on OH would perform strongly and even make up for shortfalls in other categories. 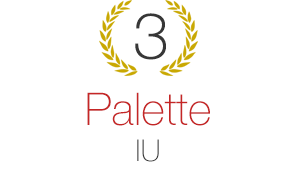 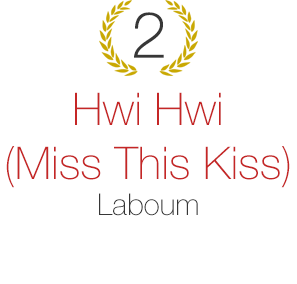 It has only been a few weeks since WINNER made its comeback from a 14-month hiatus. Despite the recent departure of main vocalist Nam Taehyun, WINNER were quick to bounce back onto the K-pop scene. WINNER’s title track “Really, Really”  from their single album, “Fate Number For” tops the chart and is still performing well on all platforms. Considering the group’s strong fanbase on OH and solid streaming figures, it is likely that they will continue to feature on upcoming OH! Charts.

With IU’s potential growth in physicals and digitals, how do you think she’ll fare next week? Or will WINNER continue to rack up the votes from OH users?