One of the top performing artists in OH!Chart history made a triumphant return to the competition. With just four new nominees, the regulars were battling to hold their spots on the chart.

How the OH!Chart system works:

The chart is divided into three different categories: Gaon Streaming and Downloads (60%), Hanteo Physical Sales (15%), and OH User Voting (25%). OH users are allowed to vote and have a say in the overall chart ranks of certain songs each week. OH users can vote for more than one nominee but cannot vote for the same nominee more than once. Every week, data from the three categories will be gathered and weighted accordingly. The artists with the 10 highest scores will make it onto the chart. If an artist wins a triple crown, their results will not be recorded in future charts.

*This week’s results excludes the recording of OH User Voting, as votes were not gathered in respect of the passing of late SHINee member, Kim Jonghyun.

Each nominee received one automatic vote in the OH! category, despite votes not being recorded in respect of the OH! community. 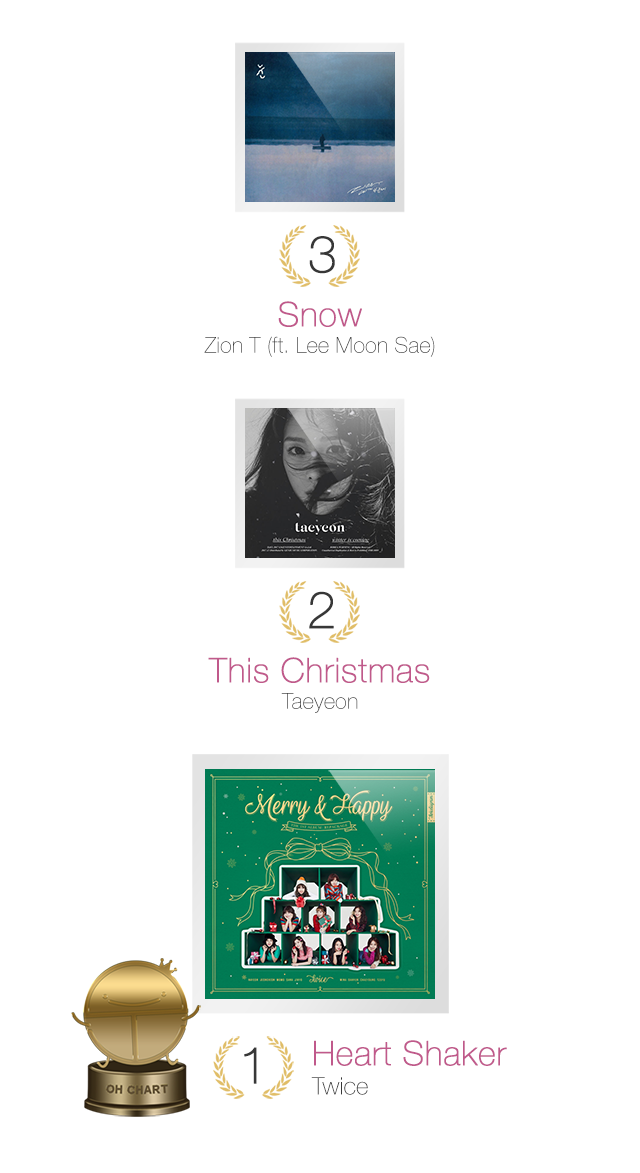 JYP Entertainment’s resident girl group Twice has made an epic comeback with “Heart Shaker”. The track is filled with sweet and romantic feels stemming from the visuals and vocals. It features a cheerful yet slower tune that is perfect for a listen during the weekend. The choreography is bright and energetic; similar to Twice’s previous tracks. This number is refreshing without being too repetitive and overbearing. It is likely to continue to slay the charts.

Can Twice record two-straight wins? Will a ballad take the win? Or a debutant post massive results? Let us know your thoughts below!