What makes us human?

This is an anime that attempts to ask us two questions, the latter a bit more subtly. The first, who determines which life form is more valuable? The second, to what extent can humans damage an ecosystem that it attempts to repair itself by wiping out its aggressors?

Parasyte – The Maxim is adapted from a manga series, Parasyte, that lasted from 1989 – 1995. To some extent it displays old school horror tropes. For example, there are creatures that appear one day (the parasytes), their goal is to take over the human mind and live by eating other humans, and there is a resistance to these later on when the numbers and activities of these creatures become widespread. The main character Shinichi Izumi was a victim of these parasytes, but before it took over his brain he stopped it in his arm. After a day it manifested itself as his new right hand. Shocked by this Shinichi struggles with himself on whether he should co-exist with this life form or remove it.

Shinichi is just a typical awkward high school student with high morals and little to no courage to add to his character. Migi has to save him during messy situations. His character fits in well with this generation of anime’s main character archetypes. As expected when this type of archetype is set up, something terrible happens to him early on in the series that causes his behavior to change, though, unlike most anime where the behavioral change is minimal, the change in Shinichi is much more noticeable, to the point you ask whether he really is human or not despite preaching human morals and empathy. From that point forward he embraces Migi (which means Right Hand in Japanese btw), the parayste living in his right hand. His demeanor, his thought processes, his emotions, all come into question. Is he an ally of humanity or is he just fulfilling his own selfish desires to prove he’s human? 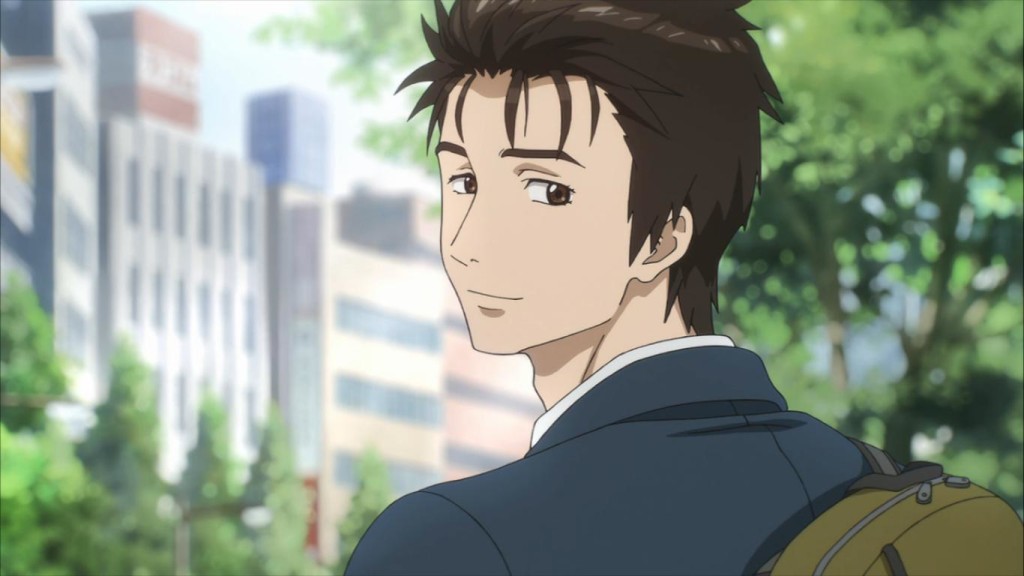 The art is average, there is nothing outstanding about it. Perhaps the character and parasyte designs are the only visual aspects to admire but not much more than that. The OST in this anime is somewhat generic and monotonous. There are times when interesting and new pieces are introduced for key scenes, which is welcomed. I found nothing outstanding about the OP or ED, typical rock and ballad intro’s and outros that you’ve heard many times over if you’re a regular anime viewer. The fight scenes were good in the sense that the main character doesn’t win every fight and there isn’t a magical power-up to save him in dire situations. Shinichi and Migi both know who they can take on and when to run away. More importantly, Shinichi often uses his human strength to fight while Migi serves as defense and strategist.

This anime shines in its ability to confuse and create empathy in the viewer for both the humans and the parasytes. As I stated previously this anime asks two questions. All throughout the anime the morality of humans being nothing more than livestock and nourishment for the parasytes is put into question. To some degree the logic cannot be argued as humans put a low value on a pig’s life for example, but at the same time the value of human life is considerably more important by a human’s standard. Humans are beings full of emotions and intricate values, with their own personalities and views. The parasytes at first seem to be unorganized and act no better than a wild animal devouring its prey. But as the anime progresses and these questions become much more prevalent, the actions of the parasytes begin to resemble that of humans. One such important parasyte is that of Ryouko Tamiya. Parasytes are creatures of high intelligence but Tamiya’s level of intelligence is on another level. She seeks to co-exist with the humans and does so by assuming the teacher role her host had before her death. Once she discovers Shinichi’s odd existence she takes a liking to him because he serves as a valuable experiment relevant to her ideals. They have a falling out and she disappears for a while, only to be discovered later to have assembled a team of highly intelligent parasytes who seek political power and status for their own goals. At the same time, Tamiya is pregnant with a human child she made with another parasyte. Because their bodies are essentially human, the child is therefore human. The purpose of this once again fits in with her interests. Later on her human personality begins to develop more and she assumes the role of a mother right before her discovery as a parasyte.

Every few episodes or so there are subtle hints as to what the core theme of this anime is and the second question I believe it asks. This is an anime about the destruction of nature by man, and nature’s retaliation by spawning the parasytes. Mother earth takes back what is hers as the saying goes. 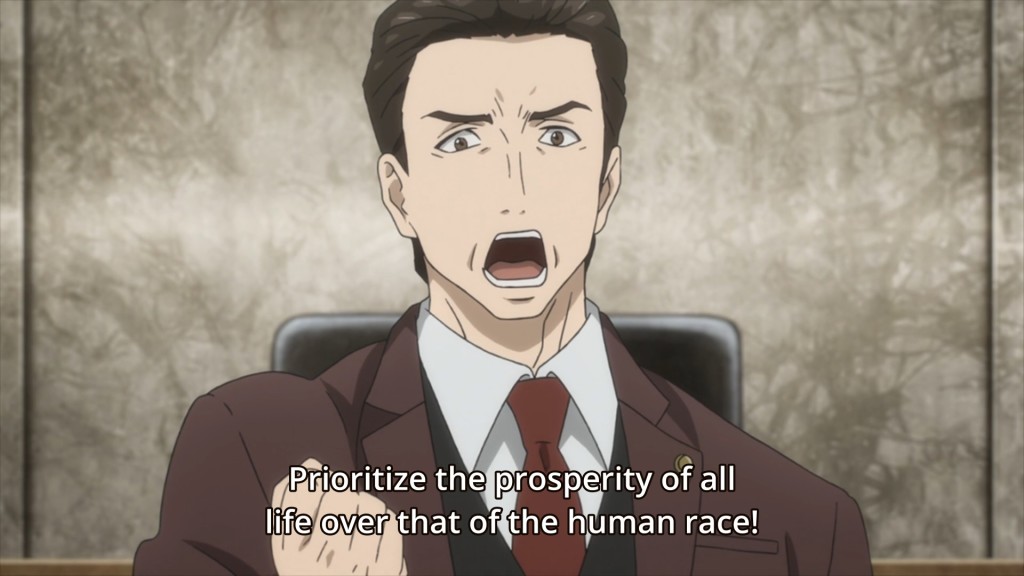 This review may be coming off as too positive mainly around its philosophical meanings, but I assure you this anime is far from perfect. I mentioned the average art and sub-par OST, but the character development for the other characters in this anime is practically non-existent. The love interest, Satomi Murano, is nothing more than a broken record player asking the same question “are you really Shinichi?” and making the same facial expressions for every answer he gives her. There is no best friend, surprisingly, and the one character, Kana Kimishima, that seemed to provide some value as a secondary character only appeared for a few episodes. She had an unexplained power to feel the presence of parasytes which could have worked to Shinichi’s benefit and she was much better as a female lead than the love interest by miles. 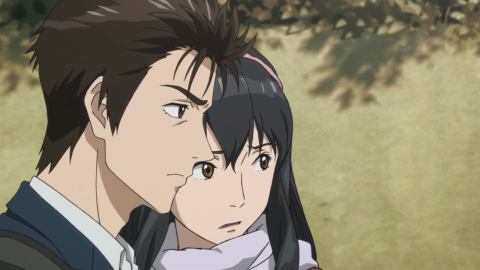 The story revolved around Shinichi and anyone else was just there because there needed to be people for him to protect.

I liked this anime for what it was but I can understand if some viewers feel compelled to ignore this title completely. Parasyte shined because of its questioning on what is morally correct and changing views on altruism. It isn’t until the very last episode that it all sinks in.