If you follow Girls’ Generation and Sooyoung closely, you’re probably thinking… wasn’t this drama released almost a year ago? We have dozens of other newer, more recent dramas to discuss, so why review this one now? Yes, it’s pretty old. But the heart of Perfect Sense remain important to its lead actress long past its release. Aired as part of the KBS Disability Awareness Drama series, it’s one that personally resonates with her because her father has Retinitis Pigmentosa; the condition highlighted in the series. And she continues to champion a campaign that raises awareness for it.

Recommended for: Anyone with a functioning heart and soul

NOT recommended for: Heartless heathens

Park Eunseo is the new girl in town who struggles with the knowledge that she would someday lose her sense of sight whilst shrouded by the shadow of grief, following her father’s death. Retinitis pigmentosa is a condition that she inherited from her late father, a ceramic artisan who was unable to cope with the gradual loss of his eyesight. The illness broke his spirit until he was ultimately killed in an accident. Now, his passing leaves Eunseo’s mother at a loss to save her daughter from the same ending.

Later, her path crosses with an English teacher, named Jung Ah-yeon, and her guide dog Solyi. Visually impaired herself, Ah-yeon is the only one who is able to reach out to the troubled youth. So, Eunseo’s mother confides in Ah-yeon, and requests her to guide Eunseo and teach her how to see without seeing. But we soon realise that Ah-yeon, too, has her own goodbyes to deal with.  Her friend urges her to allow her guide dog to retire before it becomes even harder for either of them to part. 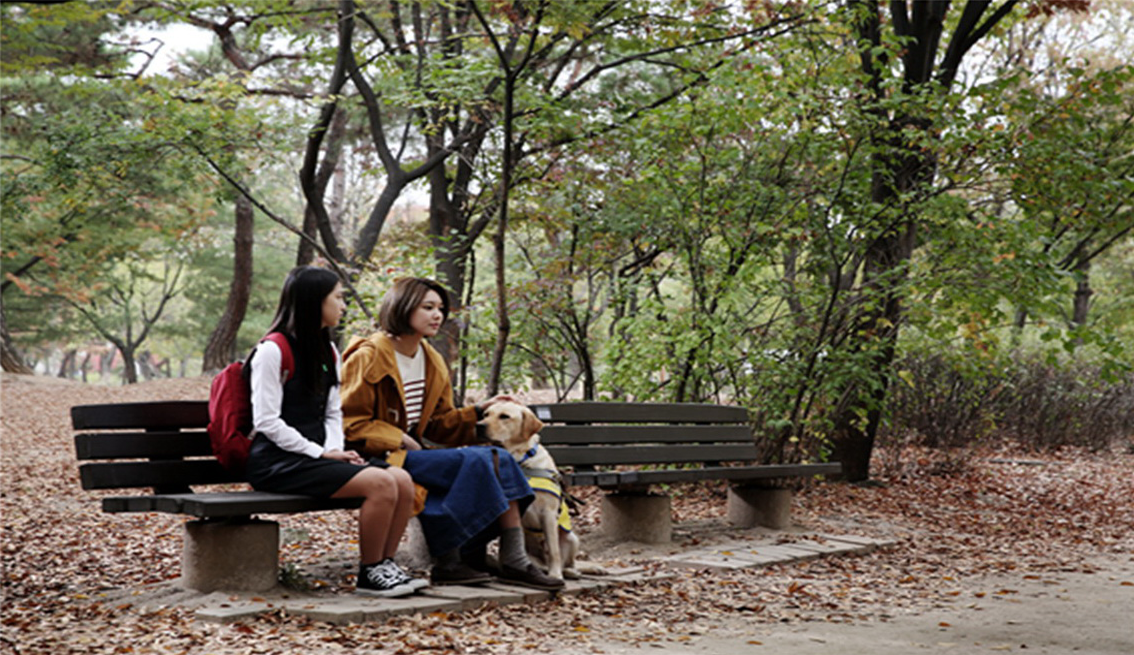 A disclaimer: Sooyoung is my favourite member of Girls’ Generation. I’m going to be upfront about that. You could very easily dismiss this review as inherently biased and refuse to sit through this. But then you would be the one missing out. Because this film was an absolute pleasure to watch.

Perfect Sense was written to make people cry. And it mercilessly wrangled tears out of my eyes until I was forced to reach for the box of tissues on the other end of the room.

What makes Perfect Sense special is its honesty and heart in its treatment of blindness, interwoven around bildungsroman. Its character development is its narrative. This hangs on Eunseo’s struggles in her formative years, juxtaposed against the older and wiser Ah-yeon and her own personal conflict. As such, Eunseo is essentially Ah-yeon’s foil. The former is initially withdrawn and closed off, while Ah-yeon is unreserved, warm and a generation apart from Eunseo. But we soon learn things aren’t always what they seem, as most things in life are. And that’s what makes this narrative so effectively tear-jerking.

Another aspect of the drama that I found refreshing was Ah-yeon’s friendship with the Korean teacher, Gong Shi-ho. Shi-ho is the drama’s comic relief with a heart of gold. He appears to be the jealous, needlessly protective admirer on the surface as he cracks jokes about Ah-yeon finally taking him out on a date and showers her with exaggerated praises. But their relationship strikes me as comfortably platonic, rather than romantic. I’m not at all averse to romance, but something about their teasing, yet mutually respectful dynamic adds to their charm. I liked that the film didn’t give them an obligatory romance and love line.

Stunning dramatic performance from all of its principal cast members. And I’m including Solyi the dog. I think there’s more than one dog, as is usually the case with animal actors. But still I’m actually offended that it’s not possible for a dog to win awards as an actor. South Korea’s acting industry awards are flawed. I’ll fight everyone. 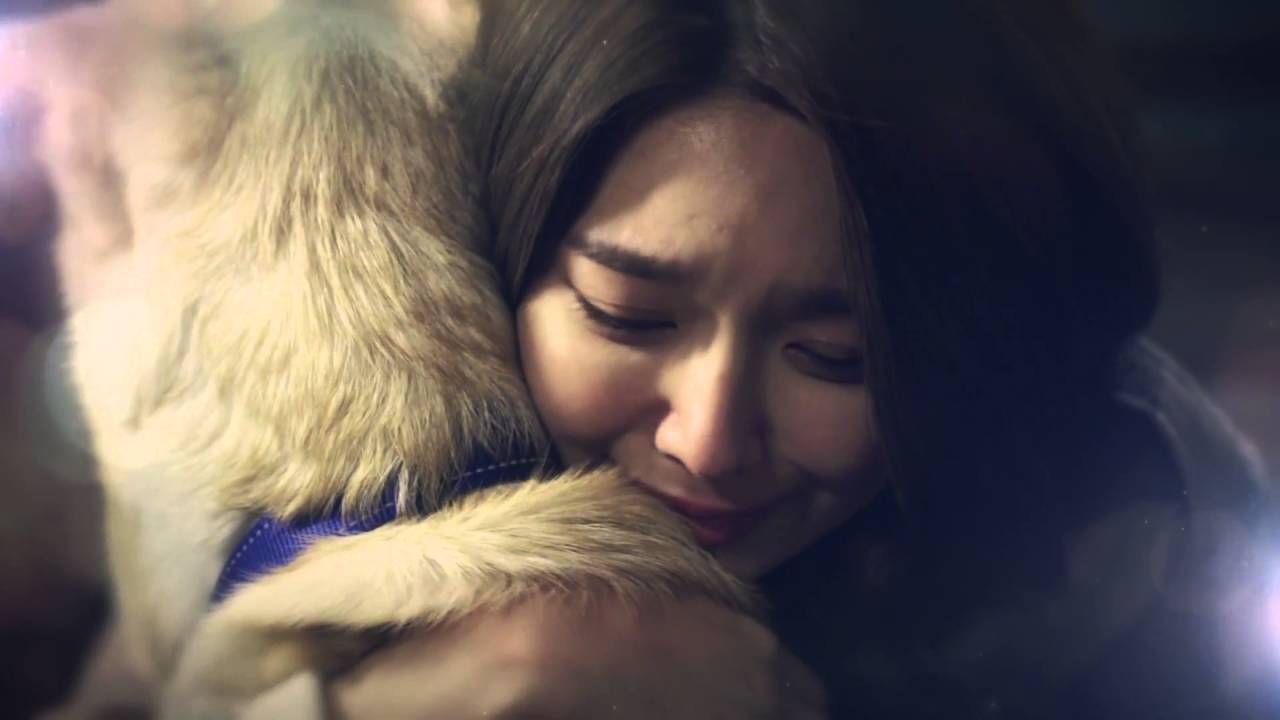 Anyway, the humans in Perfect Sense delivered too. Sooyoung embraced her role flawlessly. If you’ve been following Korean entertainment long enough, you’re likely aware of the fact that idols who venture into acting are often very poorly received. Frankly, it’s not altogether unfounded sometimes. But I believe Sooyoung is one of the exceptions to this supposed rule. Her portrayal of her character is nuanced and painfully believable. Moreover, she demonstrates natural camaraderie with the rest of the supporting characters, including her guide dog.

Jung Chan-bi played the part of the guarded, grieving schoolgirl well too. Her most impressive moment was the pivotal scene in which Eunseo meets the ghost of her father in his old studio, burdened by the guilt of missing his death anniversary. And she’s still so young. It might be interesting to keep an eye on her career progression if she chooses to stick around.

This really was worth every sacrificed piece of tissue paper. I loved every second of it. It’s possible that the drama’s depiction of grief can feel a little too real to anyone who has just lost someone they love, but it felt more cathartic than anything else to me.

Perfect Sense perfectly exemplifies how a story doesn’t have to be convoluted or embellished with special effects, achieved through high end technology, to be beautiful.

Sooyoung continues to raise awareness for Retinitis Pigmentosa through her ongoing campaign, Beaming Effect. But obviously this isn’t just any old campaign for her, because of her father. I did wonder if Sooyoung inherited the condition from him, but she has never actually mentioned it. 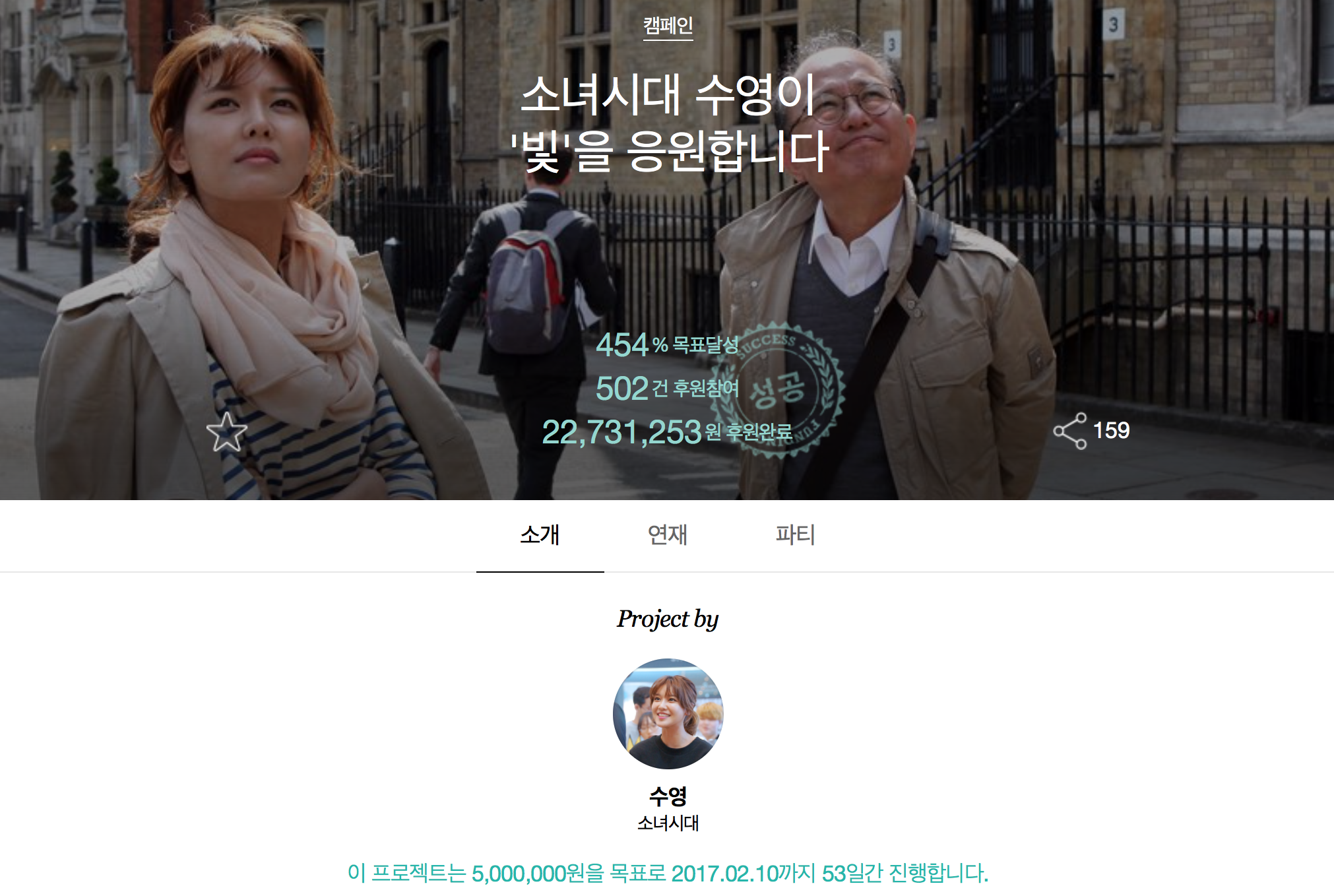 Some of Beaming Effect‘s more recent efforts includes a fundraiser that has garnered over 400% of its aim of 5 million won. She also organised a concert last January held at Coex Artrium with a line-up that included her fellow Girls’ Generation member Tiffany, Eric Nam, and Yoon Dohyun. Beaming Effect also partnered with the brand Jain Song to produce limited edition Beaming Effect sweatshirts and ecobags. Proceeds go to Korea Foundation Fighting Blindness (KFFB). 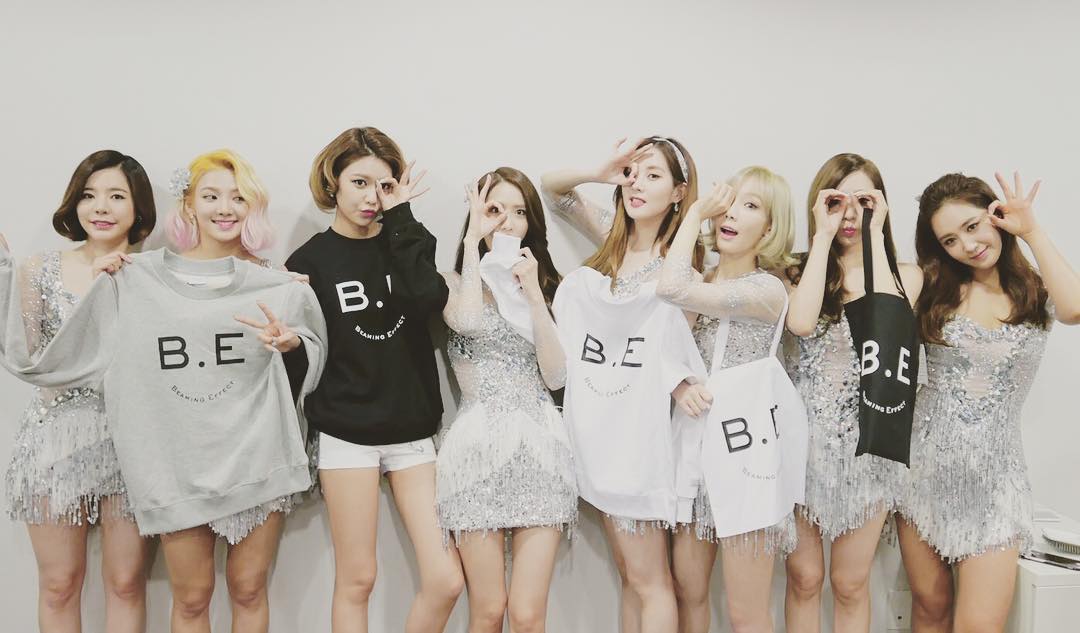 These appear to be restricted within Korea for now, but international fans found a way to contribute through buying Beaming Effect merchandise via group orders. Most of these should be closed by now though. But it’s always great when fans band together for a good cause instead of fighting each other.