The Power of THREE! : New generation girl group main vocalist trios that will blow your scalp away 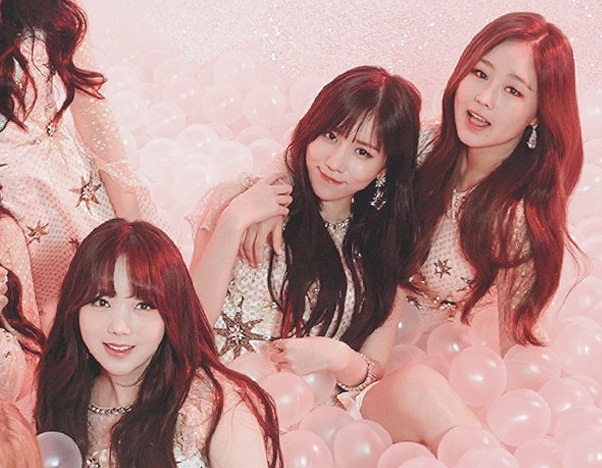 The representative main vocalist trio of Lovelyz are Kei, JIN, and Baby Soul. Lovelyz debuted on November 2014, and is the first ever girl group of Woollim Entertainment, the home to NELL and INFINITE. Prior to their debut, some members have already released digital singles as part of the management strategy on gaining fans pre-debut.

In 2011, Baby Soul released a digital song called “No More Better Than Strangers” featuring Wheesung. Baby Soul is the first ever female trainee of Woollim Entertainment and she had trained together with INFINITE. By the time she had released her single, fans were already sure that she will be the main vocalist of the once called Woollim Girls. In 2012, Baby Soul had a collaboration with supposed-to-be Lovelyz member Yoo Jia and had a song called “She’s A Flirt“, where she showcased both her vocals and rap. She was also featured in an INFINITE H song called “Crying” and shared a stage with Sunggyu on Immortal Songs.

Just like Baby Soul, member JIN also released a digital single before Lovelyz’ debut. She was the final Woollim Girls trainee to release a pre-debut song in 2013. Woollim dropped her solo MV called “Gone” that featured a sweet but sad story with the acting of EXO’s Xiumin and actress Kim Yoojung. JIN was able to unleash her powerful vocals that ultimately gained attention and successfully had her song chart on the Top 10 of music charts.

On the other hand, Kei was a secret trainee, who was only introduced upon the announcement of Lovelyz. In 2014, Lovelyz debuted and Kei (along with Sujeong) gained a lot of individual popularity for their visuals and vocal talents as well. She is revealed to be the main vocalist along with JIN, excluding Baby Soul, who was only a lead vocal at that time. However, almost 3 years after debut, Woollim announced via their revamped web page that Baby Soul was added to the roster of Lovelyz main vocalists with JIN and Kei, making the three of them lead vocalists. In 2016, Kei joined “Girl Spirit“, a talent show for female idol vocalists, where she managed to be within the Top 5 finalists.

For their 2nd studio album “R U Ready?”, the three had a unit song called “Morning Star“, which the girls perfectly nailed the powerful ballad.

Lovelyz recently had a Christmas comeback with their 3rd mini album “Fall In Lovelyz”. Check the music video of “Twinkle” below! 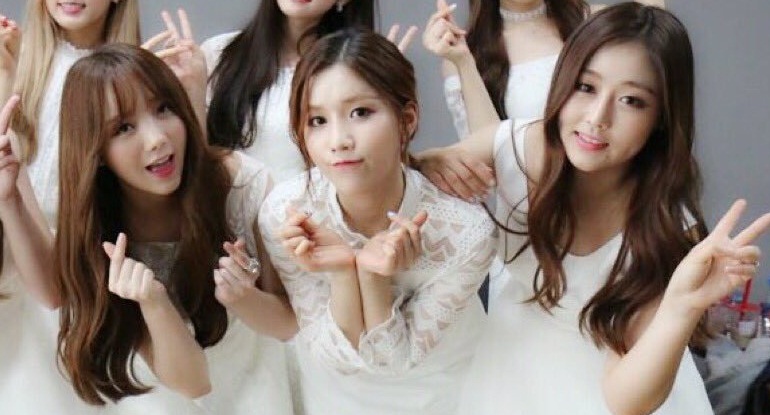 As we all know, WJSN was originally a 12 member girl group. However, they added Yeonjung in mid-2016 while she was an IOI member. Yeonjung was part of the three trainees Starship sent to the massive hit show “Produce 101“. During their 1st mission, she gained heaps of attention for her flawless performance as the main vocalist of the “Into The New World” blue team.

Due to her excellent vocals, she became immensely popular and managed to rank 11th place in the finals, making her an official member of IOI. Yeonjung debuted in IOI with “Dream Girls“. She did not participate in the project group’s comeback as she became an active member of WJSN starting from their “Secret” era. However, she joined IOI’s final comeback, and also participated in the group’s final digital single.

In 2016, fellow member Dawon joined the same talent show as Lovelyz’ Kei, “Girl Spirit.” On the show, she had performed vocal performances of songs ranging from Girls Generation, MAMAMOO, Kara, Sistar and many more! On Episode 4, she performed MAMAMOO’s “You’re The Best“, and as accordance to the show’s rules, she invited Yeonjung as a featuring artist in her performance. Unfortunately, Dawon did not manage to make it to the final top, but she gained attention for being an equipped vocalist. Joining Dawon and Yeonjung is another lovely main vocalist, Soobin. Together, these three make a wonderful trio.

WJSN’s most recent comeback was their 1st studio album “Happy Moment.” I hope we hear from this amazing girl group soon! 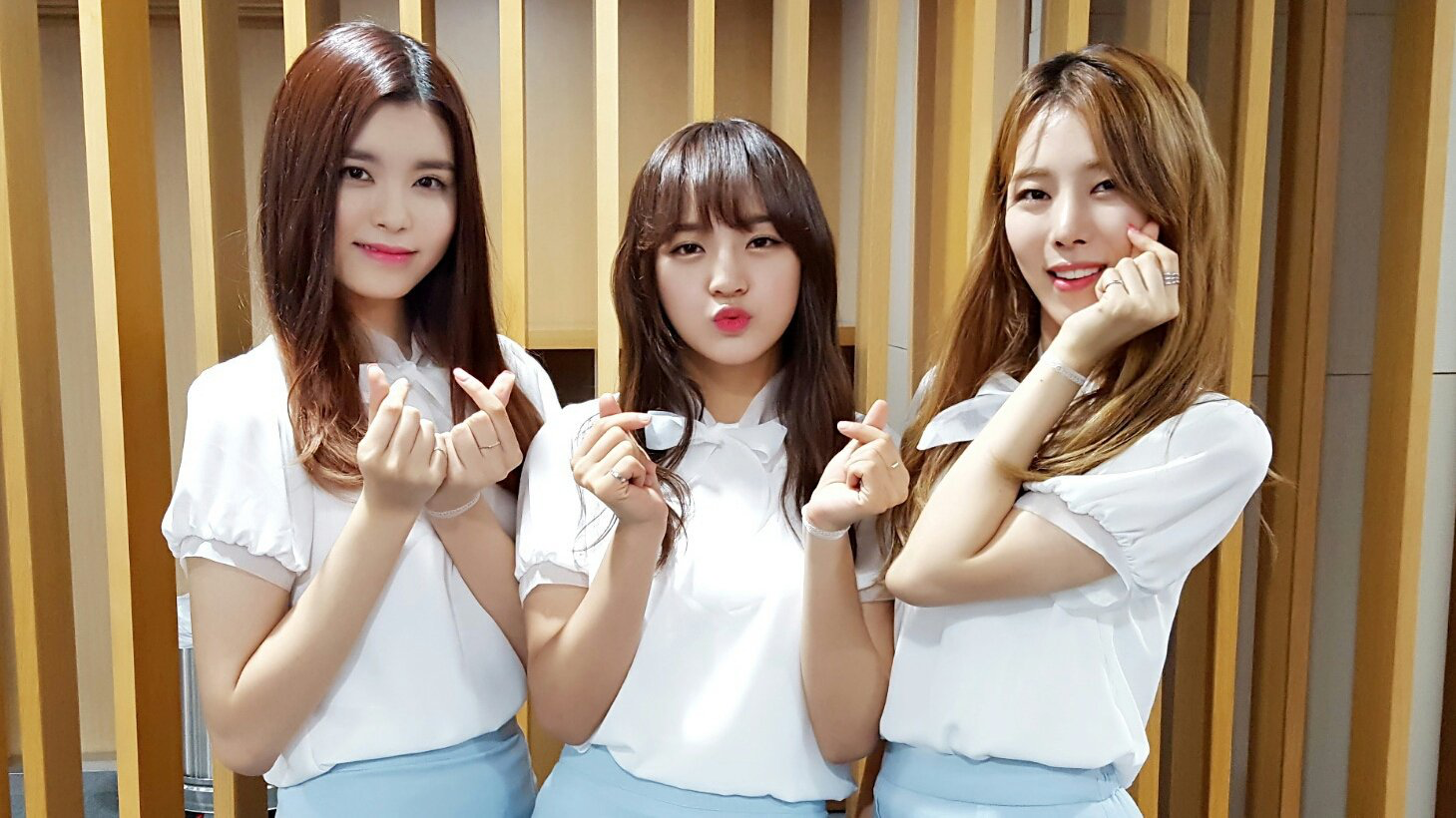 What is this group most known for? Aside from Sejeong, of course it’s for their amazing vocal skills! Leading the vocally talented group are the group’s main vocalists Sejeong, Soyee, and Haebin! They are from the 1st ever girl group of Jellyfish Entertainment, Gugudan! Gugudan only debuted last year but easily became one of the most popular 2016 debutantes.

Let’s be honest, who doesn’t know Kim Sejeong? Jokes aside, Sejeong became immensely popular after joining Produce 101. Although she was not popular before the show, she managed to constantly make it into every week’s top 11. Sejeong ended up being in second place, behind JYP’s Jeon Somi, and became the main vocalist of IOI along with WJSN’s Yeonjung. She frequently appeared on TV shows, magazines, and even in CFs, making her a candidate for this generation’s “it-girl”. She has even challenged acting and became the lead actress for the 2017 version of the School series. Also, Sejeong released a solo song under Jellyfish Entertainment Jelly Box project called “Flower Way“. It topped the charts instantly and is currently approaching the 1 million digital sales mark. She also created history for being the fastest winning soloist in a music show after winning #FlowerWay1stWin on Show Champion. She is indeed a “God” like her nickname suggests!

Also a main vocalist, Soyee, is also exceptionally talented in singing. Soyee was a former Cube and Plan A trainee. In fact, she was almost a member of APink but did not make it to the final cut. Born in 1996, she could have been the group’s youngest member.  Nonetheless, she became successful in being a member of Gugudan. Earlier this year, Brown Eyed Soul’s Youngjun released a collaboration with Soyee named “April Showers.” Soyee is inactive for now as she focuses on the recovering from her shoulder injury. Get well soon, Soyee!

Lastly, Haebin is the group’s most skilled singer. Having trained the longest, she has really honed her talents in the Jellyfish grounds. She has trained for a long time and in fact, she came into the company earlier than VIXX’s Hyuk, who debuted in 2012. Just a month after her debut, Haebin has already showcased her absolutely superb vocal talents outside Gugudan. Two months later, Haebin was cast in “Monte Cristo” musical as the main character. She has also lend her voice to television original soundtracks. The first one is “Forever Love“, and it is for the 2016 top-rated drama “Romantic Teacher” while the latest one is “Everyday” for TvN’s “Because This Is My First Life”.

2/3 of Gugudan main vocalists had a stage on Gugudan’s 99 fanmeet, where they truly wowed the audience with their phenomenal vocals.

Also, Gugudan came back this month with the addictive song, “Chococo“! 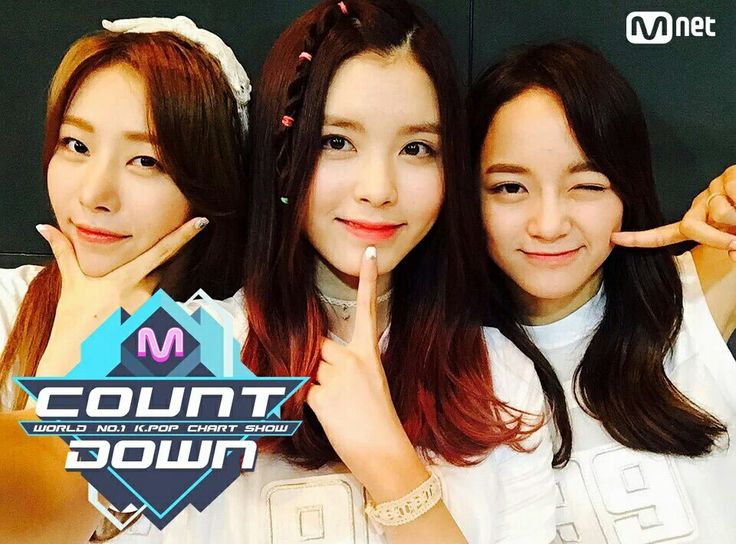 If this group is not mentioned by now, everyone would probably start cursing at me. This group is most likely the first group to come to mind while reading the title of this article. Though this is about “main vocalists”, this group is exemplary as they don’t need a “main vocalist” as all the vocalist are all fit to be one! Yet, I shall make an exception this time.. 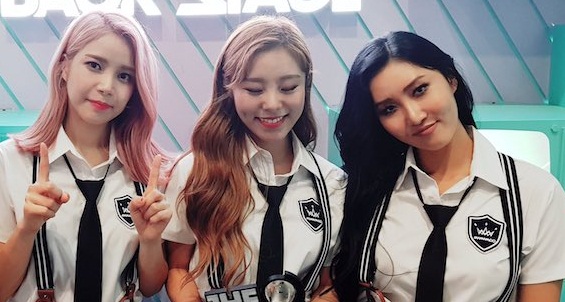 I’ll just let the videos do the talking. 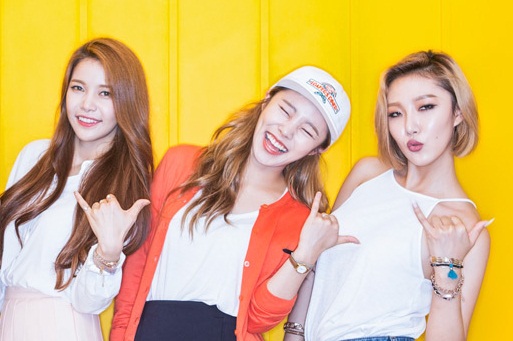 Well that marks the end of this edition of “The Power of THREE!” Which other main vocalist trios stand out most for you? Do you have any ideas for The Power of THREE? Who among the above mentioned do you like most? Drop the comments down below!