Put yourself in the shoes of Cardia, an introverted girl discovering 1850s London and surrounding herself with the most amazing kind of friends.

by Rinni
in Gaming, Japanese Entertainment
0

Aksys Games continues doing an excellent job localizing many of the best otome games by Otomate. Code: Realize ~Bouquet of Rainbows~ is the PS4 port of the Code: Realize series. As a plus, it includes both Code: Realize ~Guardian of Rebirth~ and its fan disc, Code: Realize ~Future Blessings~.

Code: Realize ~Guardian of Rebirth~ follows the story of Cardia, a girl who melts everything she touches. Cardia has a stone embedded in her chest, named the Horologium, which makes poison flow throughout the entirety of her body. Although her immune system naturally possesses defenses to counter this poison, other beings around her are vulnerable to its deadly effects. As a result, she spends her days in her father’s mansion, avoiding contact with the outside world. 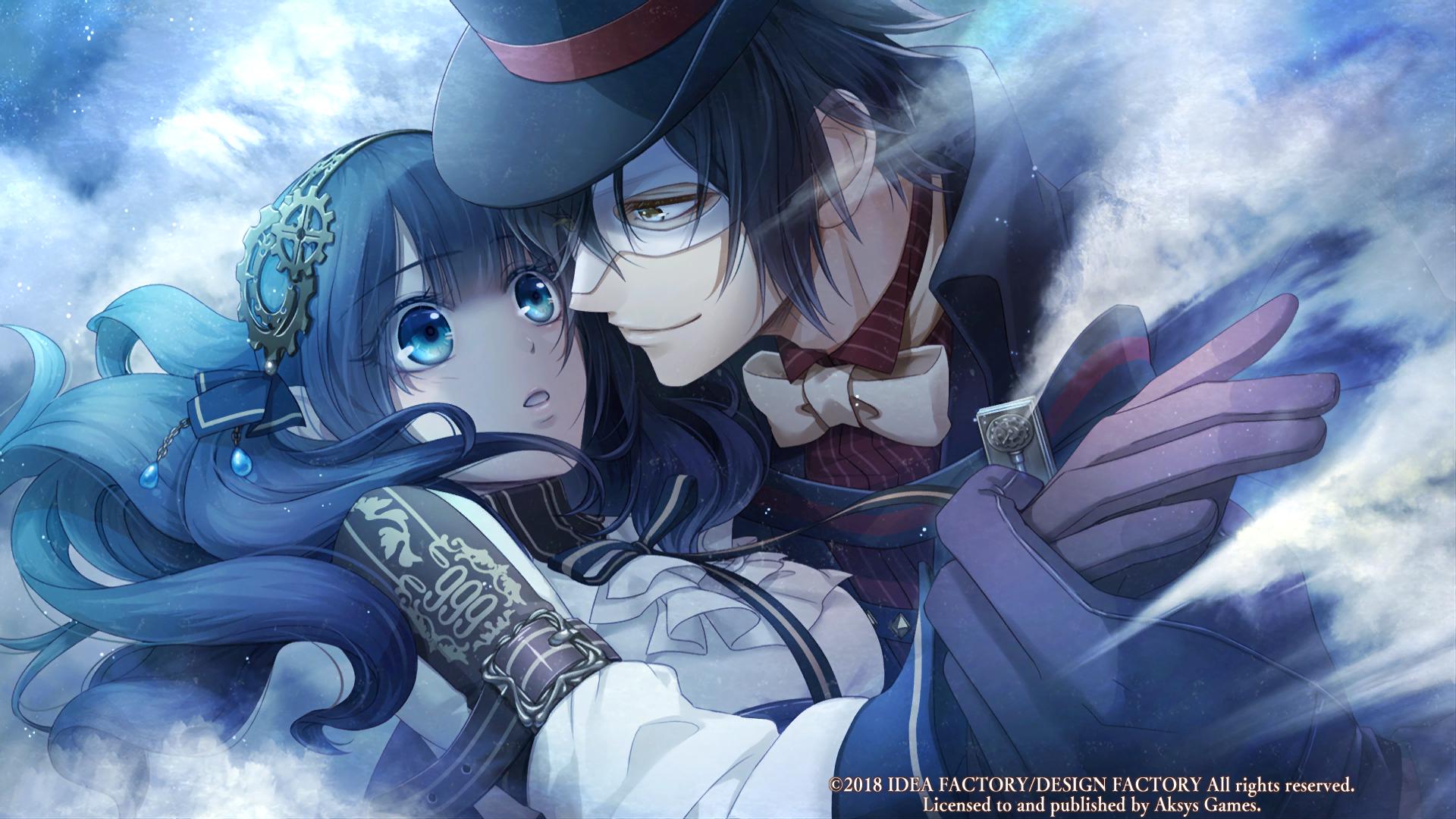 Cardia’s life begins to change when the royal army attempts to kidnap her. She’s saved by the great thief, Arsène Lupin, and taken to London. Cardia’s main friends in London – who are also her possible love interests – are Arsène Lupin, Abraham Van Helsing, Impey Barbicane, Saint-Germain, and Victor Frankenstein. Each of these characters has a connection to Isaac Beckford, Cardia’s father. Therefore, they agree to help her find him in order to fulfill their own goals.

The worldbuilding in Guardian of Rebirth is great. I really liked the lively atmosphere of London and the variety among its citizens. The events that happen in the city and the people we meet really highlight the sense of community between the residents of London, and each side character has their own traits and quirks that make them stand out. In Code: Realize, the side characters don’t feel like extras – they’re an essential part of Cardia’s story.

The group dynamics between the main cast are highly enjoyable. It’s refreshing to see all these polar opposites coming together and eventually befriending each other. Every love interest is fleshed out – the writers make sure to establish their motivations and the backstories that enforce them. In Code: Realize, none of the love interests have underwhelming personalities, and none of the routes feel unnecessary.

As an example of the depth of the heroes, there’s something admirable that I feel the need to remark upon: even though Impey gets called hopeless and unreliable, and is used as everyone’s “punching bag”, this is shown as mere comic relief between friends. And it works. The thing is, this kind of trope is often a failure in media, as the writers forget to ever give the character more depth. They forget to show the audience that this character is a capable individual and the jabs are all in good fun. In Impey’s case, the writers demonstrate that the cast trusts him to pull through when things are tough and it’s time to get serious. Despite the fact that Impey is characterized as a klutz, this simply stems from him being carefree when there aren’t any real problems to worry about. Impey is actually a very capable individual who loves making a fool out of himself to make others laugh, and it’s very endearing.

I’m fully aware that Code: Realize ~Guardian of Rebirth~ is often praised for its plot. However, I won’t lie – seeing Cardia take the role of damsel in distress eventually gets old. Unfortunately, this is a plot device that is employed very often in the game, and although Cardia can prove to be badass in some routes, like Impey’s, she can also be extremely powerless in others, like Arsène’s and Van Helsing’s. The entirety of Arsène’s route involves him saving Cardia from whatever tries to kill her next. Honestly, it makes her look completely useless. 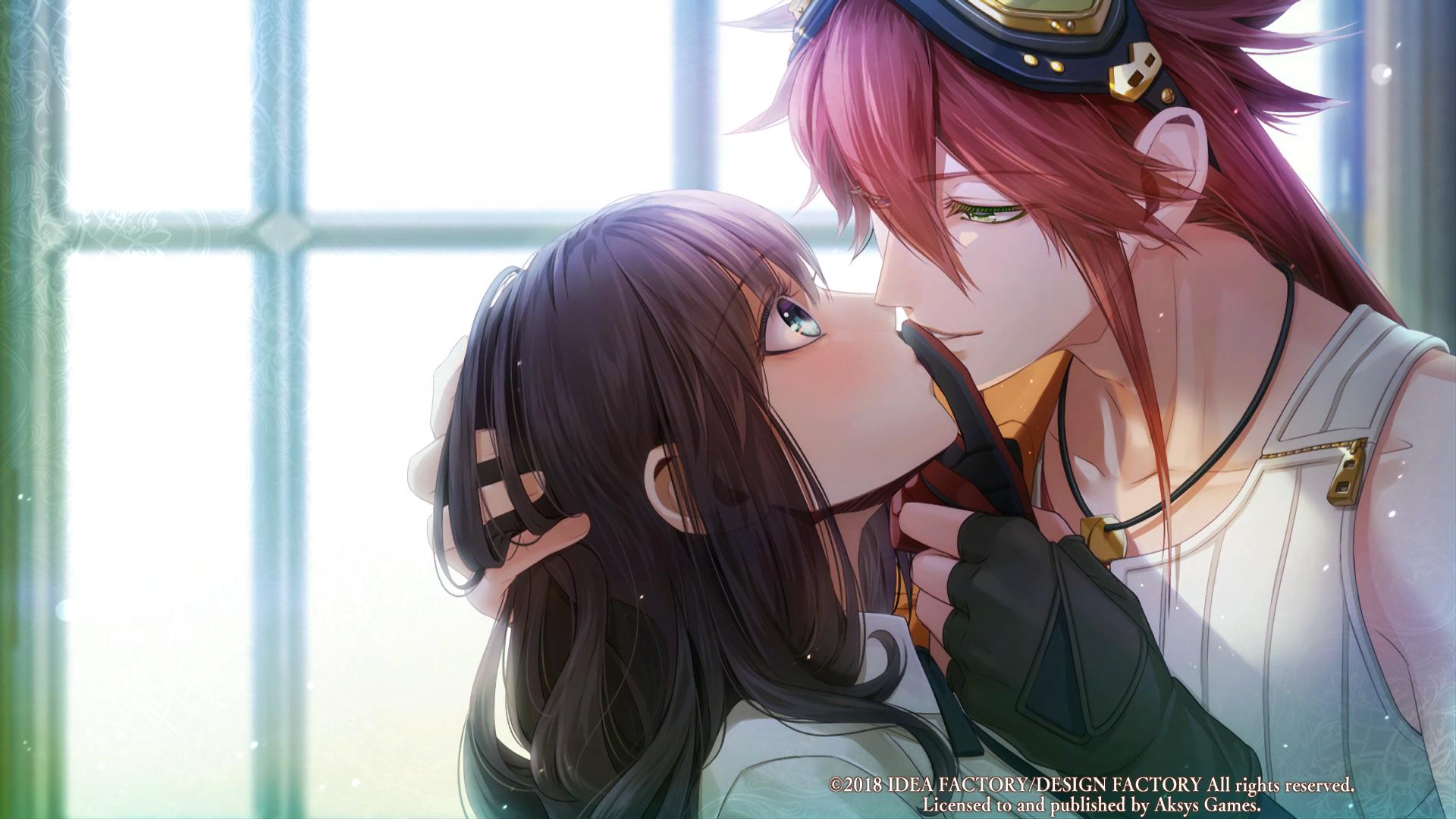 Code: Realize ~Future Blessings~ is the sequel to Guardian of Rebirth. It’s mostly composed of epilogue routes for the five love interests in the original game, but there are three completely new routes. Herlock Sholmes, a very interesting character from the first visual novel, gets a romance route. Finis, Cardia’s younger brother, gets a family route. The final addition is a route involving a completely new character named Shirley, who easily befriends Cardia.

To be fair, it’s hard to go wrong with epilogues. An overwhelming part of the players who buy fan discs just expect some extra fanservice with the characters they love. For the most part, Future Blessing’s epilogue routes fulfill their purpose. Van Helsing and Victor have unnecessary drama in their stories, yet they aren’t anywhere close to atrocious. Still, I must admit that it’s odd that the fan disc heavily promotes the main characters wearing wedding attire, as only one of the characters’ route contains actual wedding content. The other four routes are completely unrelated to weddings. This isn’t a big issue in Arsène’s case, as his wedding was already shown in Guardian of Rebirth, but it’s disappointing that the other three characters don’t get anything of the sort.

Epilogues aside, Herlock Sholmes’ route is a pleasant surprise. I’m used to any additional routes in fan discs being shorter than those in the original games. However, this isn’t the case at all in Future Blessings. Herlock’s route is as long as the original five in Guardian of Rebirth, and even introduces its own incredibly likable side character. I love you Watson.

Unfortunately, Shirley’s route is unnecessarily long and dull. Although the main cast gets to shine with their entertaining group dynamics, the main focus is on Shirley, who is not as likable as Code: Realize’s other side characters. The fact that the story is even longer than the original Guardian of Rebirth routes is shocking – in a bad way. 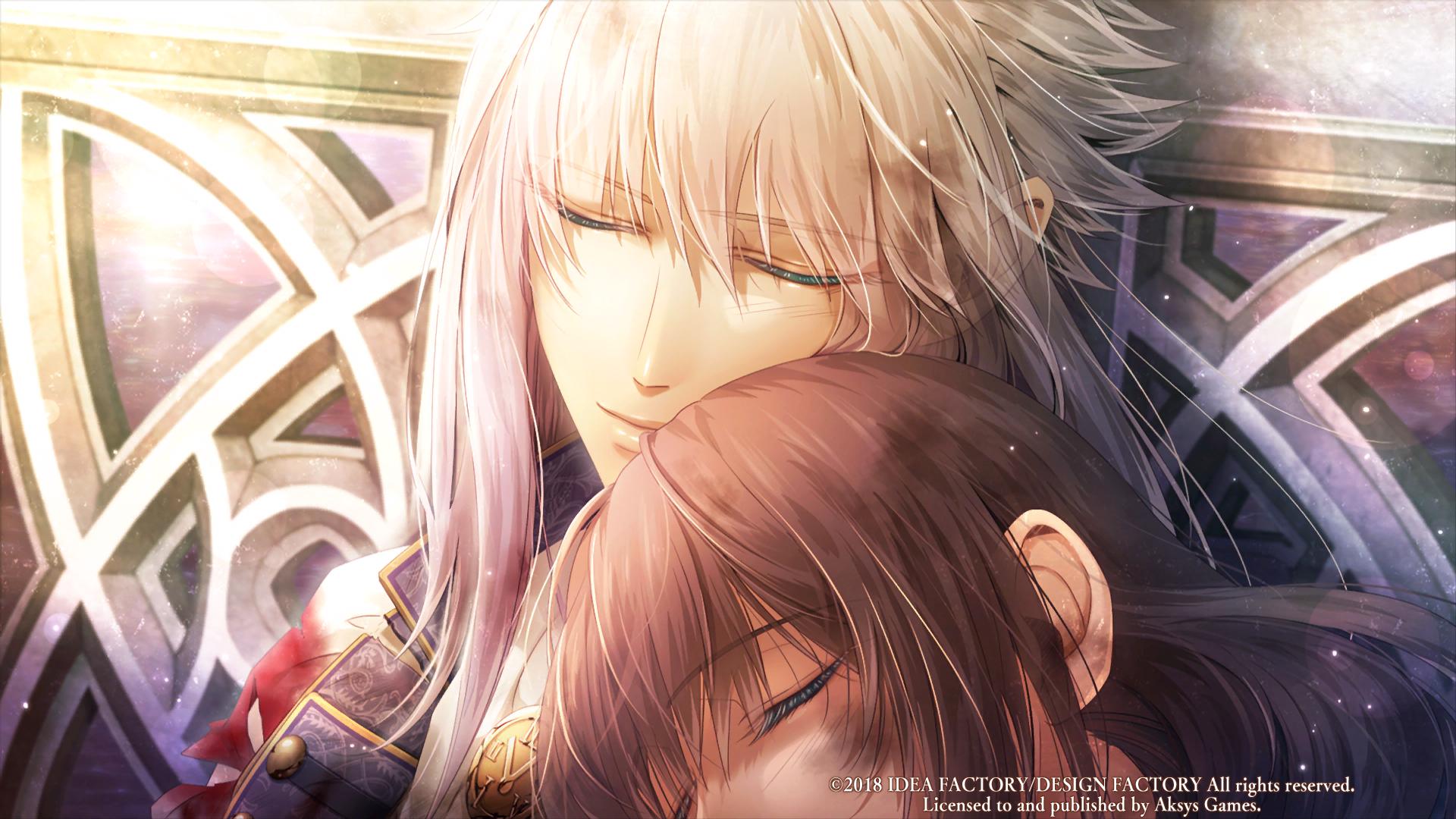 Both Guardian of Rebirth and Future Blessings have stunning visuals. There are some anatomy issues here and there, mostly involving Cardia.  Nonetheless, the art is visually appealing and one of the main selling points of the game. The coloring is the soft and pretty kind that is seemingly trending in the otome community these days. Of course, I’m completely supportive of this trend. The only noticeable quality dip is in Future Blessings. It seems like the artist was experimenting with new styles, thus giving the impression that there are two artists instead of one.

Code: Realize’s soundtrack does a great job setting up the atmosphere of the 1850s. The music adds a lot to the immersion and captures the feelings expressed in the narration very well. There aren’t any individual tracks that catch my attention, yet the bundle of everything put together is generally good by visual novel standards. I don’t ever expect to listen to a masterpiece in otome games; music that fits the story gets the job done.

The voice acting is excellent for obvious reasons. The cast is filled with recognizable names and the script they got to work with doesn’t limit their potential. My personal favorite performance was given by Hirakawa Daisuke, who sounded utterly desperate in Saint-Germain’s route and genuinely broke my heart. Crying over this game wasn’t a part of my plans. Special shout-out to Kaji Yuuki for sacrificing his vocal cords to capture Finis’ craziness. Also, a special shout-out to my ears for enduring the raw power of Kaji’s vocals.

As a whole, Code: Realize ~Bouquet of Rainbows~ is a visual novel filled with life and energy. The worldbuilding is one of its biggest strengths since it truly puts you in the shoes of Cardia as she explores a new city. In a way, the position that Cardia finds herself in at the beginning of the game makes it easier for the player to connect with her: she’s discovering a new world, just like you. All of the characters in Code: Realize are charming, and even the antagonists don’t feel like annoyances. In spite of the fact that the actual romance routes are rather short in comparison to the common route, the epilogues make up for this. I won’t lie – neither Van Helsing’s original route nor his epilogue are for me. I think the development of his relationship with Cardia is rocky and rushed. Still, Code: Realize has something for everyone. You can be confident that at least one of the love interests will steal your heart. 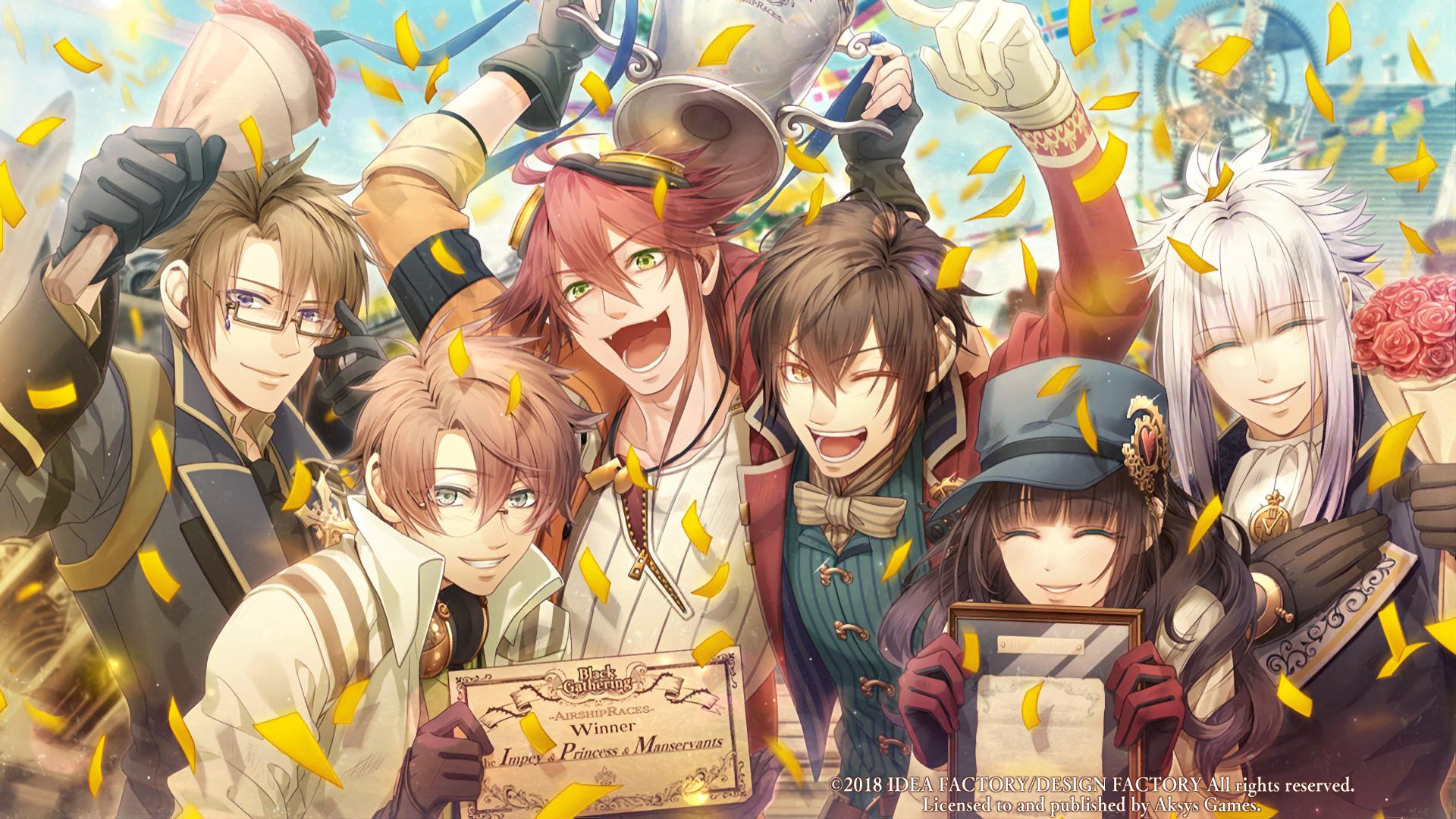 By the end of both games included in Bouquet of Rainbows, the image depicting the gang smiling happily caused me to feel both happiness and nostalgia. Just like in real life, you can’t be joined at the hip with your friends forever. However, the important bonds you forge don’t ever fade from your memory.

Code: Realize ~Bouquet of Rainbows~ is a visual novel filled with life and energy. Its charming characters and excellent worldbuilding make for a highly immersive experience, and you're bound to find a story that strongly resonates with you. The art is beautiful, and the music takes you back to the 1850s. Acquiring the ~Bouquet of Rainbows~ PS4 port is also a great choice to save some money – you can get two games for the price of one.