by Fatima
in Gaming
0

*This game was played on the PS4

Survive! Mr. Cube is a Rogue-lite game developed by Intragames, which happens to be their first indie title. The story follows a man named Mr. Cube, who met a strange guy at the pub that offered him a small pill. Swallowing the pill leads him to a mysterious dungeon. He has to find the gatekeepers of the portals protected by a locked tower and escape from the unknown world. There are four themes consisting of a total of 25 stages. 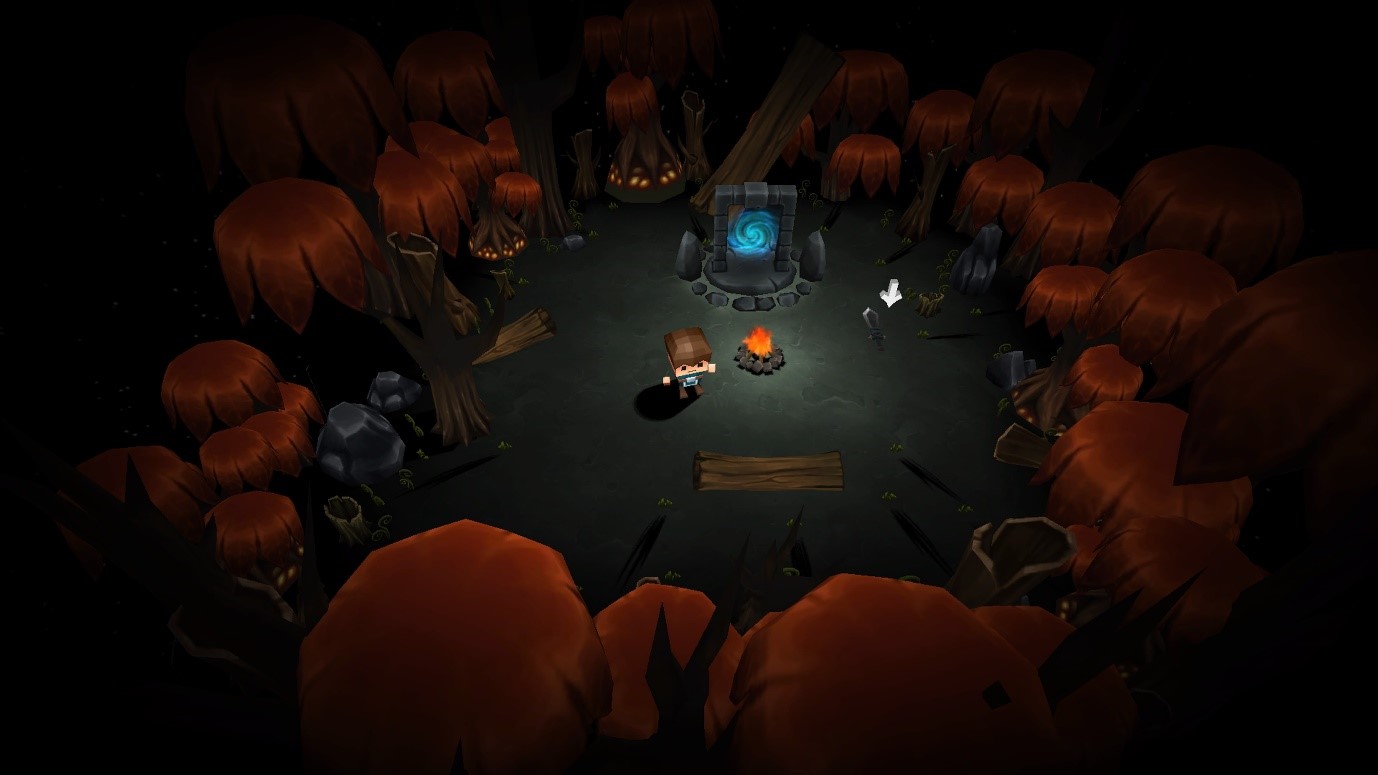 I actually have no experience with playing Rogue-lite games, so I was surprised at first that there were no saving points. But that’s the concept of Rogue-lite games. The gameplay is quite simple: you just have to navigate through the dungeon, defeat monsters, and make your way to the portals to advance. Just like other dungeon games, you can find potions and weapons inside treasure chests. It would be nice to be able to keep the same weapons after you lose but you get a new and different kind when you restart.

The maps are uncharted and as you move around, the details are registered onto the map. The monsters in this game are programmed to continue following you regardless of how far away you walk, so you always have to be on alert. There’s also large boss monsters in the end each floor but they don’t always appear at first and you have to defeat them if you can get to the portal first. Now for the plot-line: the story isn’t complicated, Mr. Cube pretty much lived a good life with his wife and met the wrong person. Now he’s stuck in an unfamiliar dungeon and decides that going through the portal is his way out. I haven’t been able to pass the first theme so I’m not sure if the story progresses afterwards. 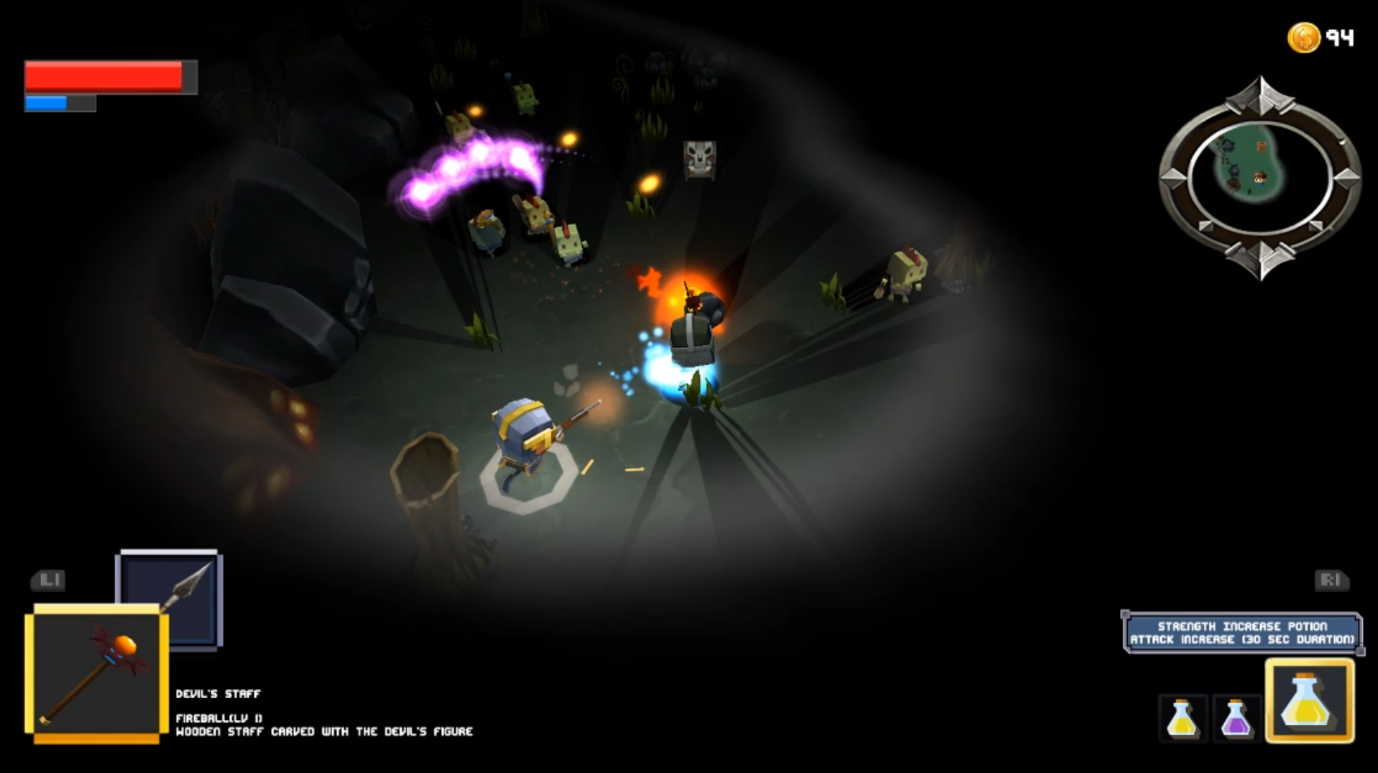 The visuals and graphics are quite nice for an indie title; it’s a mix between box and pixel graphics. The character design is cute and the design also changes when you lose and restart. Also, the choices and design of the monsters were nicely made, with a mix of animal creatures and humanoid creatures. The user interface is not too complicated – you have the map and the health/magic bar on the top corners and the weapons and potion selector on the bottom corners.

For the music, this game is obviously not a first party game so it won’t have those amazing soundtracks done by an orchestra. But the soundtrack fits a game like this. The opening track is pretty much a piano playing in a mysterious way. The in-game track is pretty spooky, and almost sounds like a song that would be used for Halloween or haunted house. 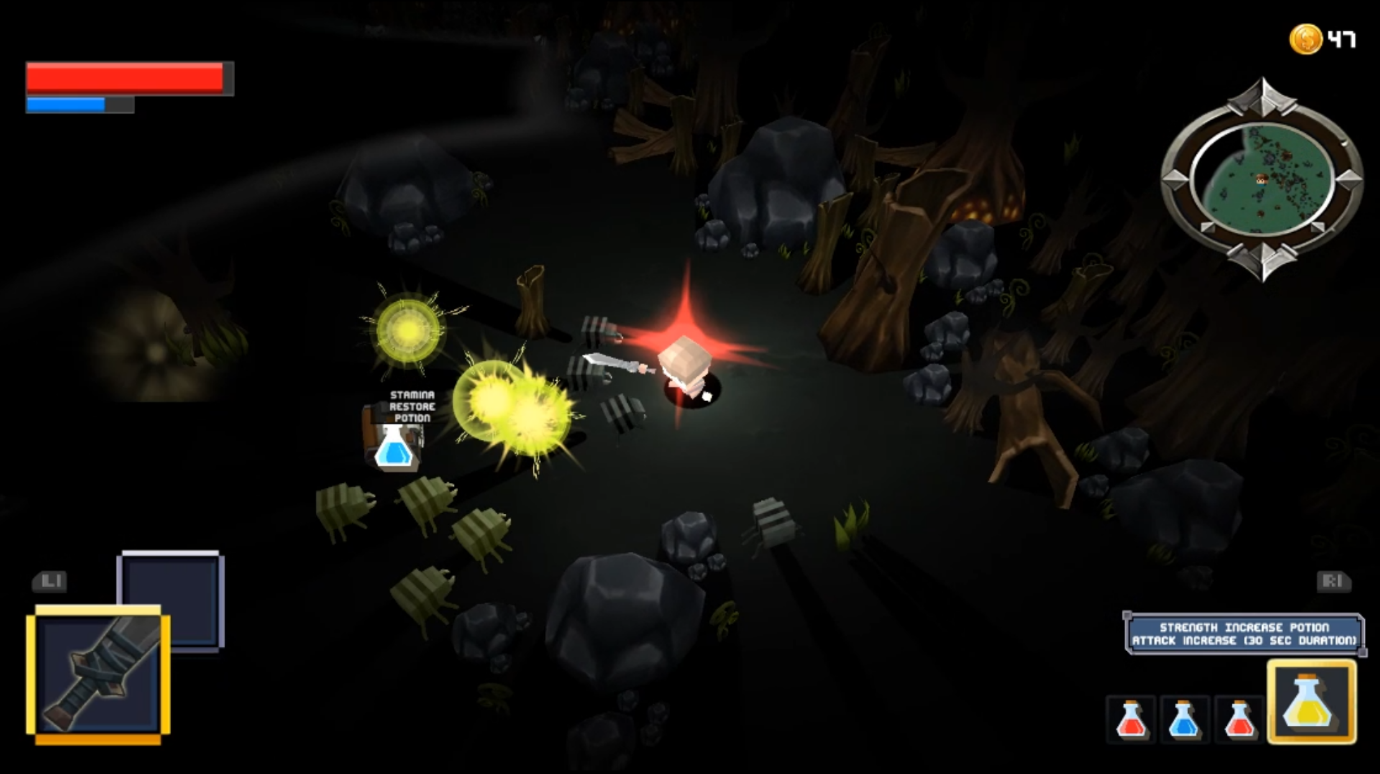 As someone who doesn’t play indie games much, I found Survive! Mr. Cube to be a great way for passing time as it’s not a game you need to invest much in. This was also my first experience with the Rogue-lite genre; it’s not my kind of game but I can see why gamers who want a challenge would play this. Let me know your thoughts on the game if you’ve played it down in the comment section below. And to buy it, you can find it on either the PS Store or the Nintendo eShop.