EXO is finally back, and better than ever, after more than a year’s worth of hiatus with Don’t Mess Up My Tempo! Led by its title track Tempo, the album features 9 other tracks, including a Chinese version of Tempo that features their remaining Chinese member Lay.

Recommended for: Those looking for a diverse range in sound in one album.

NOT recommended for: Anyone finicky about artificial vocal effects; extremely picky listeners seeking only thrillers and no fillers.

Don’t Mess Up My Tempo kicks off with EXO’s title track Tempo, possibly their most experimental and sonically complex comeback to date. Tempo is, of course, not the first time that EXO has attempted something like this, having had a comeback with their infamously painful lead single Wolf in 2013. Fortunately, Tempo is decidedly far less disagreeable on the ears than its predecessor.

Tempo starts on a positive note with main vocalist Chen’s opening verse, accompanied by flawless harmonisation in the background from the rest of EXO. In fact, this harmonisation is precisely what makes Tempo work so well. It was the perfect opportunity for them to show off their immense vocal talents, building up all the way to Tempo‘s sublime acapella bridge, led by Suho and Baekhyun.

One aspect of the song that I’m still on the fence about, however, is their decision to distort Xiumin and Baekhyun’s voices in certain lines. To some extent, it does add a certain character to the song, but I can’t help but wonder how it would’ve sounded if Chanyeol had delivered it in his normally deep voice instead. It’s a creative choice that’s quite baffling; Tempo could’ve done without it.

The rest of the album continues impressively with a banger, Sign, that’s really more than good enough to be a title track. Main vocalist D.O. sets the bar right from the get-go, juxtaposed perfectly against the harsh electronic beats in the background. It’s fierce and absolutely commands every single bit of your attention.

On one hand, I did initially wonder why EXO and SM Entertainment selected Tempo over Sign. After all, the latter’s harder-hitting sound is reminiscent of the kind of sound that their fanbase tends to favour. Exhibit A: fan favourite Monster from EX’ACT. On the other hand, perhaps this choice would’ve been a little bit too safe as a lead single for them. Nevertheless, it’s most definitely a solid offering and excellently placed in Don’t Mess Up My Tempo, designed to leave an impression. As great as this is, though, Sign is still not the best track from this album, friends. The best is yet to come.

The album moves on to Ooh La La La, which marks EXO’s very first strongly Latin-influenced song. In this, EXO gives a genre that’s becoming increasingly prevalent in K-Pop their own twist, characterised by beautiful vocal harmonies and R&B. And very few in K-Pop do R&B better than EXO’s very own main vocalist D.O., whose velvety smooth vocals stand out in this. Check out their first performance of Ooh La La La here.

Gravity is the one track I keep coming back to, having heard Don’t Mess Up My Tempo in its entirety multiple times now. It comes as no surprise to learn that this is Lucky One‘s producer, LDN Noise, back with another collaboration with EXO. But it’s not at all a negative, because Gravity turned out to be one of the album’s strongest tracks. Perhaps even the strongest, period. Gravity manages to be both funky and angsty, even angry, at once — an angry Korean Daft Punk, if you will. LDN Noise and EXO did it again, kids.

Now, EXO is often criticised for their rapping, but even their most-criticised member Sehun sounds good in this. In fact, there isn’t a single member who sounds out of place in Gravity. Perhaps this has something to do with the fact that Chanyeol was involved in writing its lyrics. SM Entertainment should place greater trust in their idols. We’ve seen enough of Chanyeol and Chen demonstrating their ability to write lyrics that flow seamlessly with the beat. The former has most certainly come a long way from Hong Kong.

The fourth track With You is supposedly an R&B/pop track that’s clearly meant to segue listeners into tracks with a slower tempo, but nothing about this really stands out. It begins on a rather weak note that, unfortunately, undercuts into the album’s overall cohesion, and leads listeners nowhere. After the perfection that was Gravity, I suppose this track was always at a disadvantage but, frankly, Don’t Mess Up My Tempo could have done without it. Give this one a skip.

Thankfully, Don’t Mess Up My Tempo is back on track with its subsequent song, 24/7. Once again, the verses in 24/7 are rather light in instrumental accompaniment, turning the spotlight on EXO’s vocals once more. It is only in its choruses that the bass, synths, and drums slide into the melody in a deliciously slow, baby-making burn. By now, the direction that EXO is taking in this album is crystal clear. They’re letting their voices truly shine, rather than become utterly engulfed and overwhelmed by heavy instrumentals throughout. And the result is beautiful.

Bad Dream didn’t stand out as much for me initially, perhaps because it was slightly overshadowed by 24/7, but its subtly sultry composition makes it a track with one of the strongest replay value on the album. Its replayability lies in the way it slowly teases and eases the listener in, and builds onto itself with dark synths meshed deftly into the dynamism of EXO’s vocals, before gradually winding down by the end. Those looking for a dark, sexy EXO need look no further than this.

EXO then keeps things interesting by picking up its pace with hip-hop number Damage. Main rapper Chanyeol sets the tone here, injecting much-needed energy with a hint of mischief into Don’t Mess Up My Tempo — and it’s a winner. This one’s going to be so much fun at concerts. At this point, I must point out just how well-crafted the tracklist is (besides With You). Just when you think the album is about to taper off to an extent where listeners are tempted to simply stop paying attention, it’s revving up its tempo once again, but not abruptly so.

Smile On My Face slows things down as we’re nearing the end of the album. Somehow, it’s rather reminiscent of 80’s slow jams, as if EXO is channelling their own inner early Mariah meets Boyz II Men. It’s not among the strongest tracks on the album, but a pleasant, easy-listening tune nonetheless.

I’ll give it to you straight, chief — Oasis is an absolute musical triumph. One could debate all day about the best tracks on Don’t Mess Up My Tempo, but do not trust anyone who doesn’t include Oasis among them. Oasis is by far the best at, not only incorporating EXO’s strong vocal harmonisation, but actually featuring them front and center, right in its hook, as they sing “run” together, backed by ad-libbing by the three main vocalists of EXO, Chen, D.O., and Baekhyun.

All three of them sound divine as usual but what’s more impressive is how well each member’s lines flow into each other, and not just among the main vocalists. Perhaps this is one of the album’s overall strengths: trusting in how far along each and every one of them has grown as a vocal team. No one’s role is that much more important than the rest. This stunner makes me envision an especially emotional atmosphere in a stadium full of fans waving along with their lightsticks. I do wonder how well Oasis would have fared as a title track, but it does feel like one of those songs that’s better off left as a special treat for listeners to discover on their own.

“Don’t mess up my tempo,” huh? With quality like this, I’m more than happy to comply. I leave you with a summary of my review: 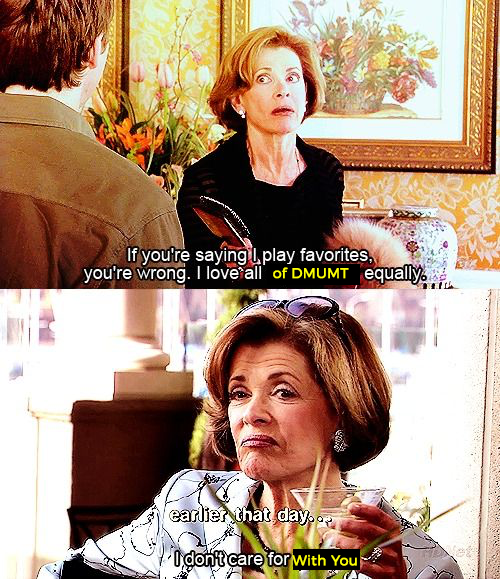 Girl group 'aespa' will be on the main stage of 'Coachella Valley Music and Arts Festival', the largest outdoor music festival in the US. aespa will be the first K-pop girl group to be officially invited to the main...

Queendom 2 | An Introduction to the Participants

Mnet's 'Queendom 2' revealed late last month the six representative K-pop girl groups that will compete for a comeback at the same time on the same day through an official press release on the 21st of February.